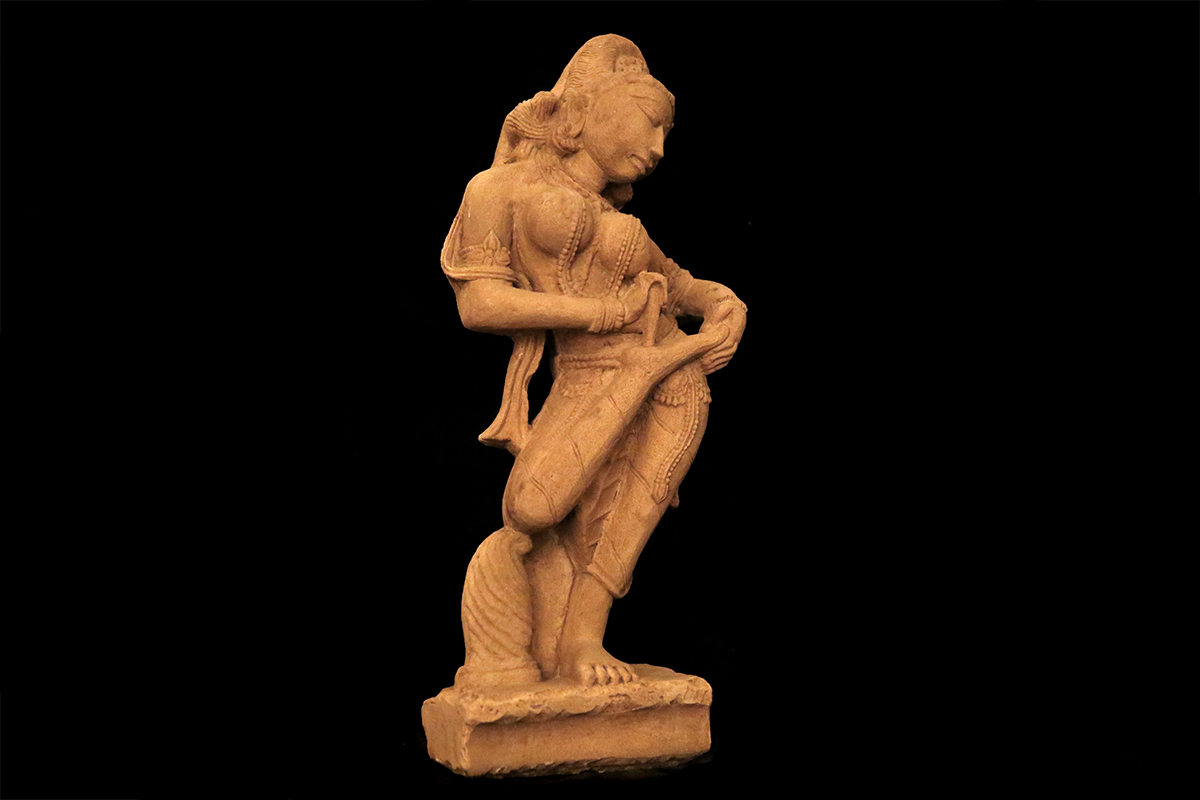 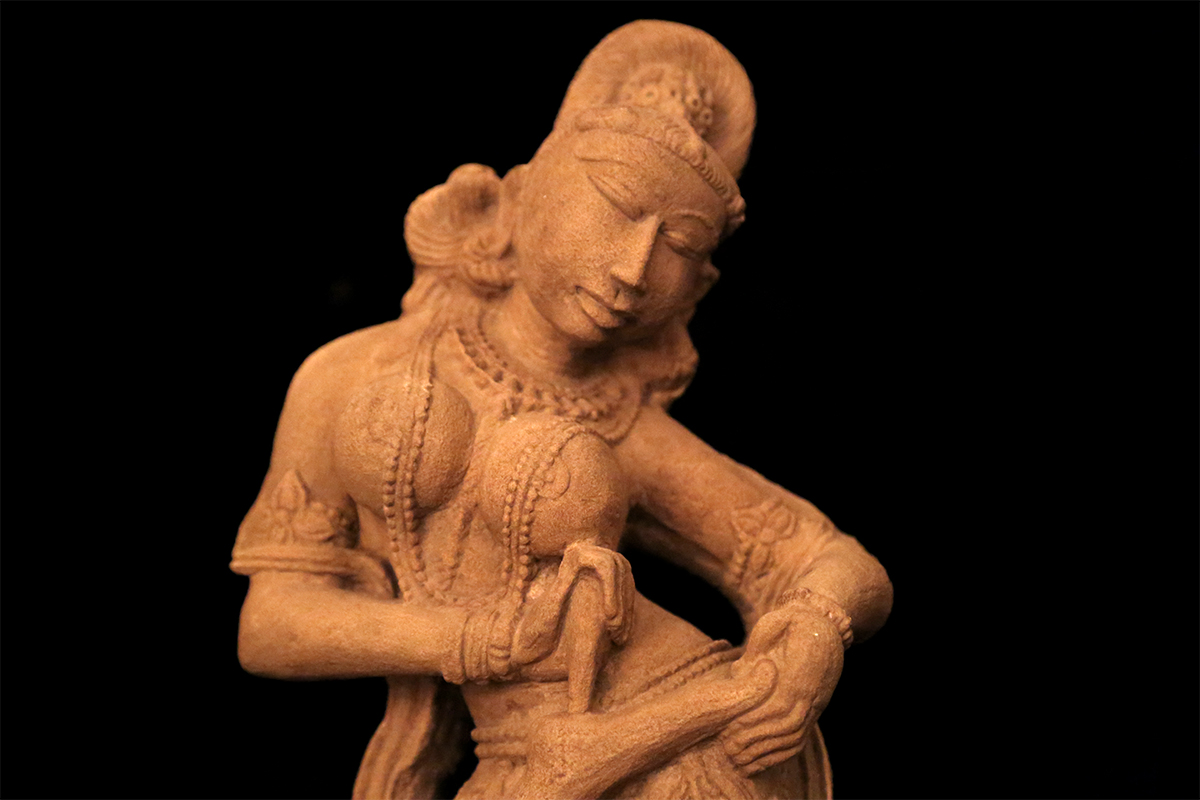 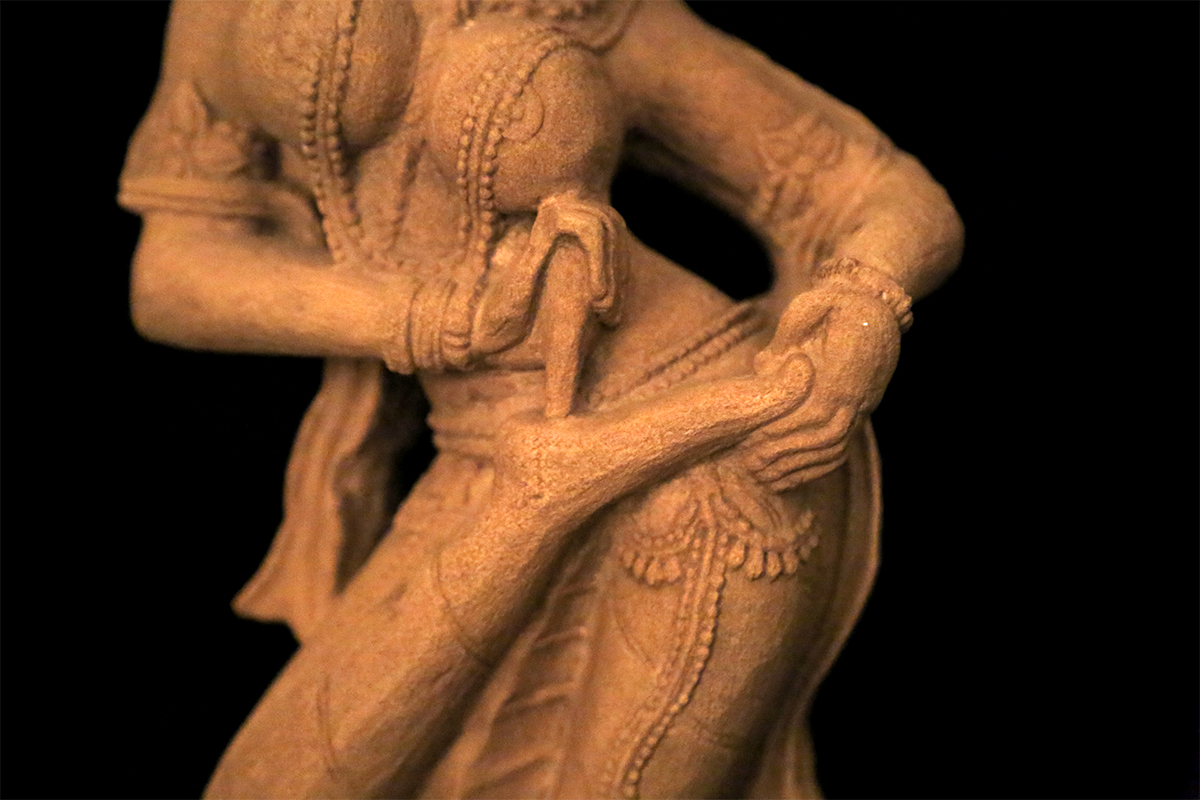 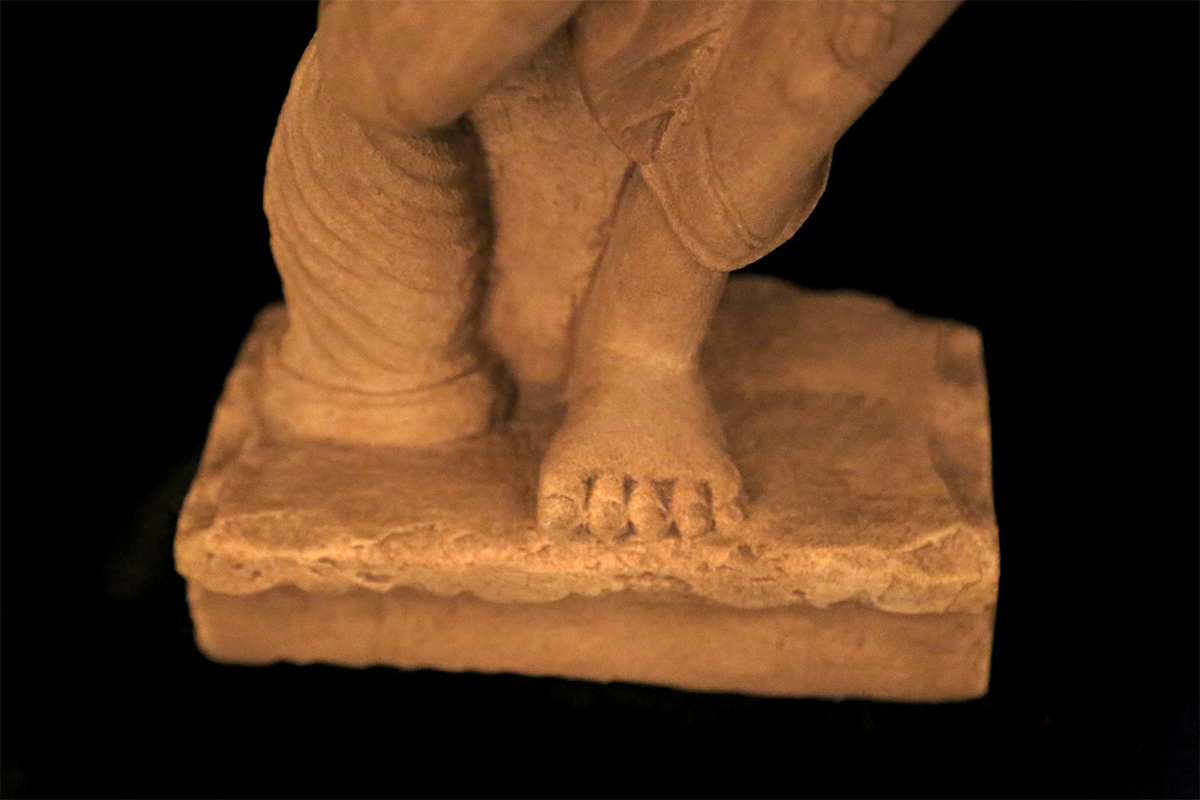 Yakshi paints her leg with henna