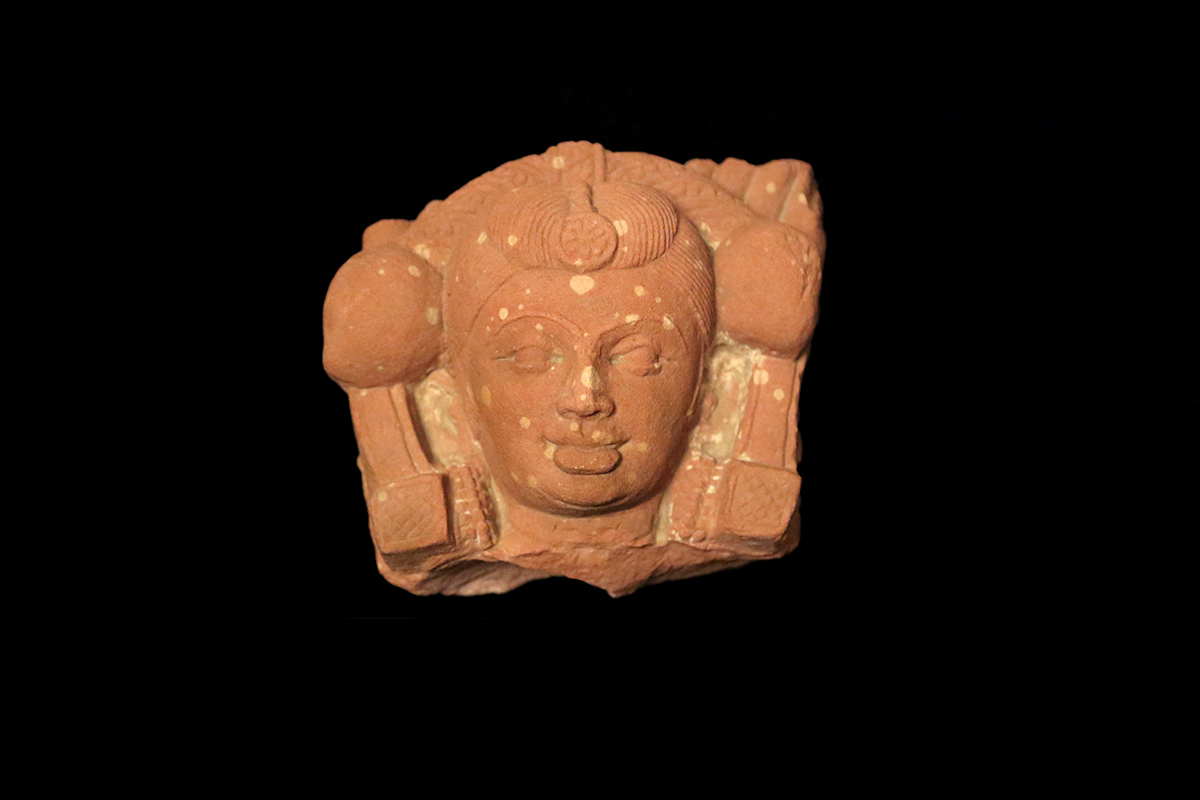 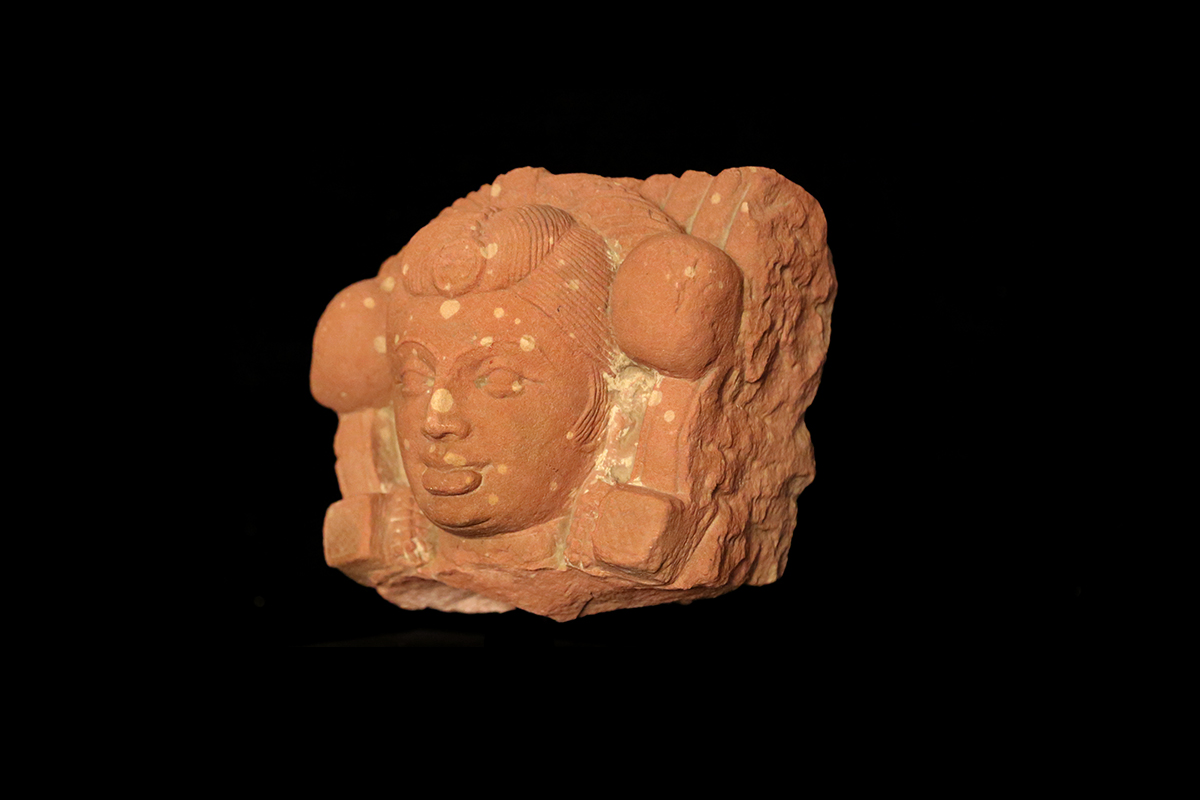 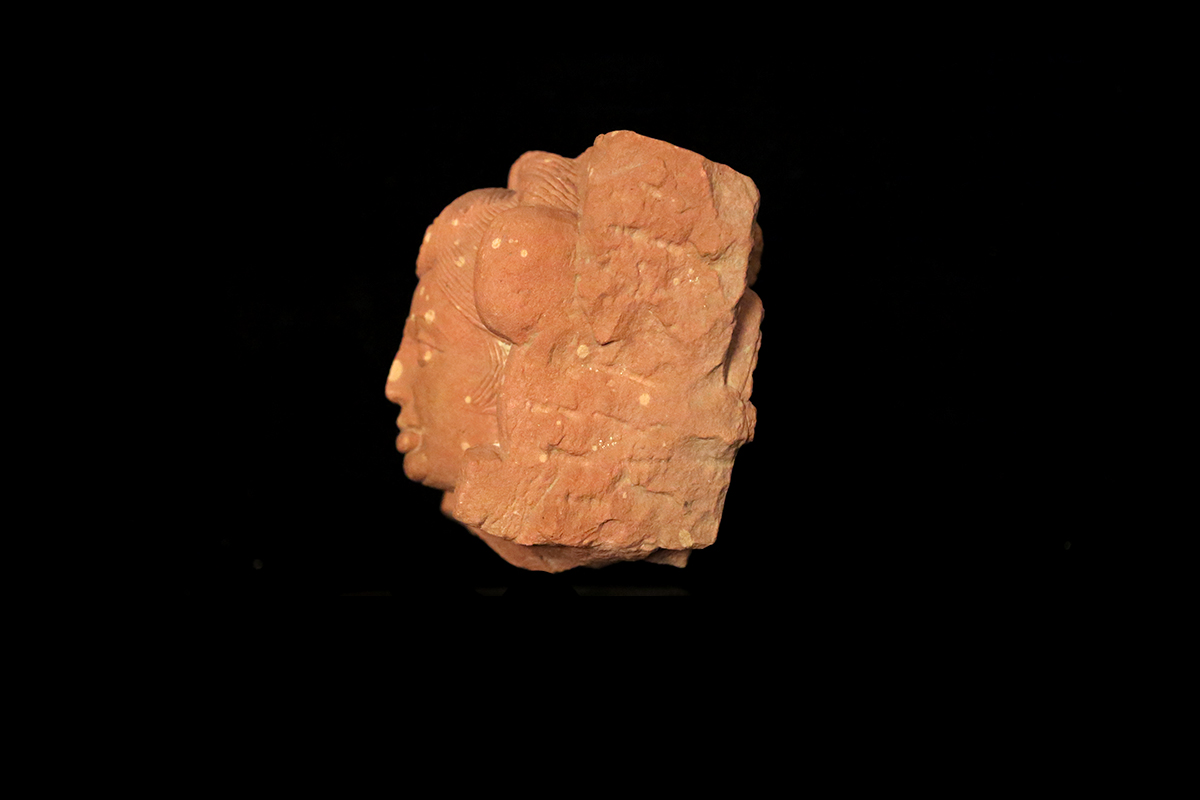 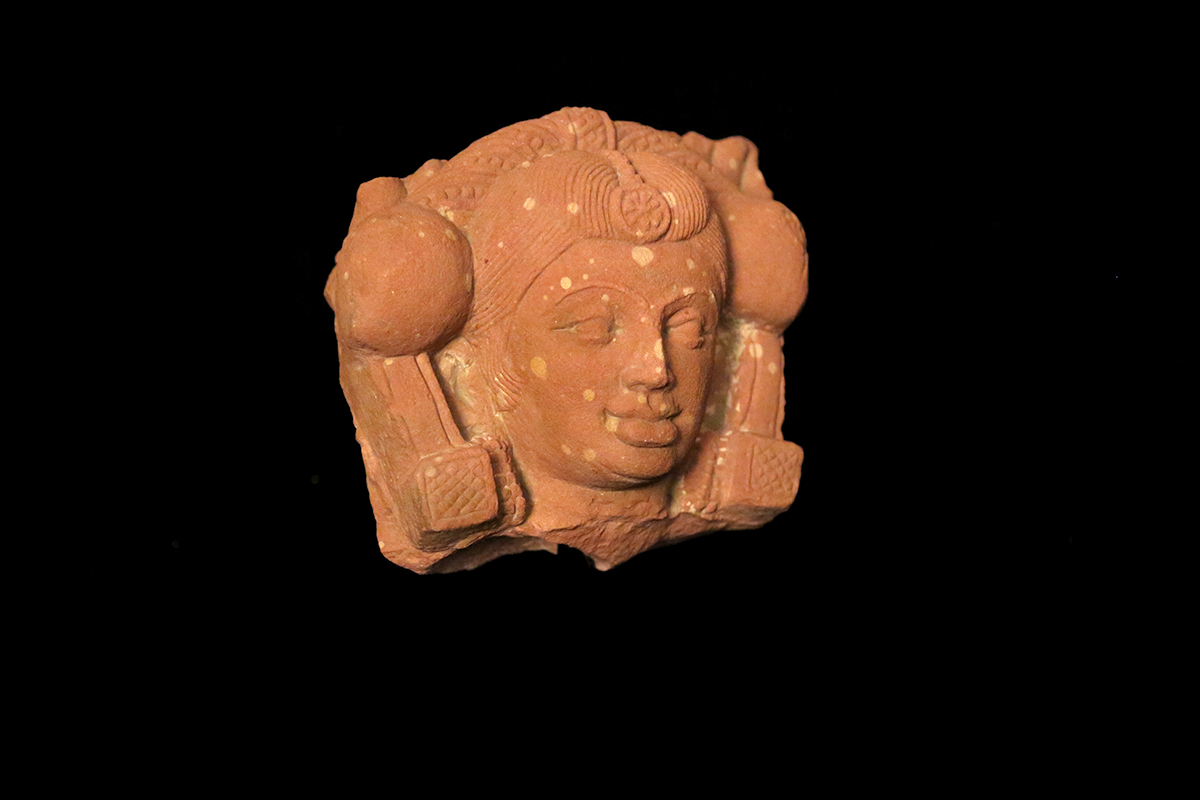 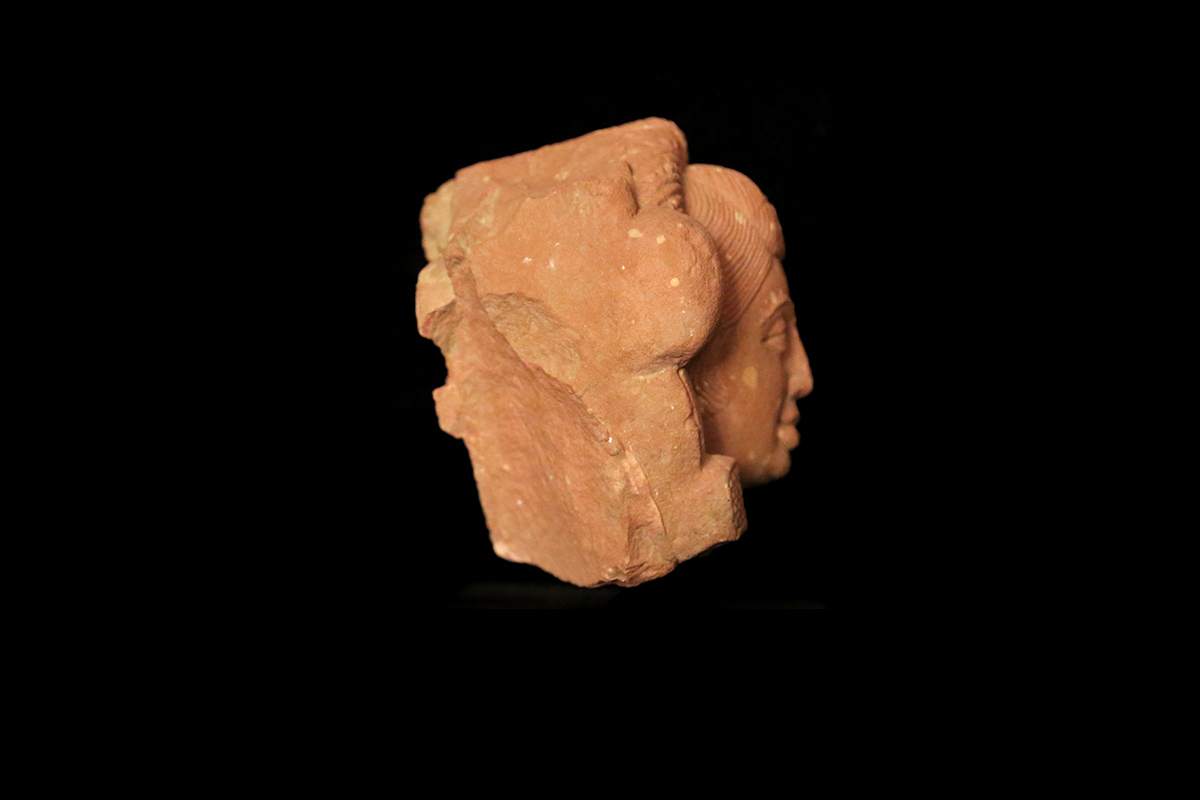 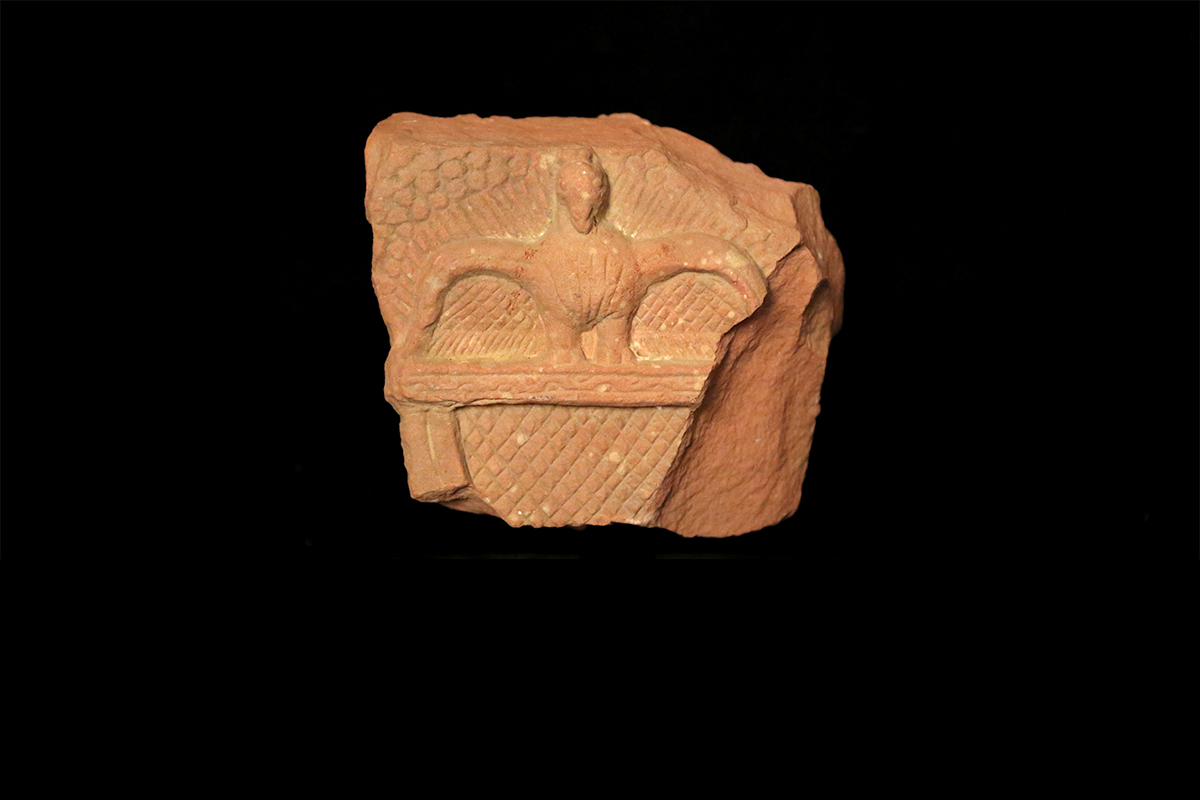 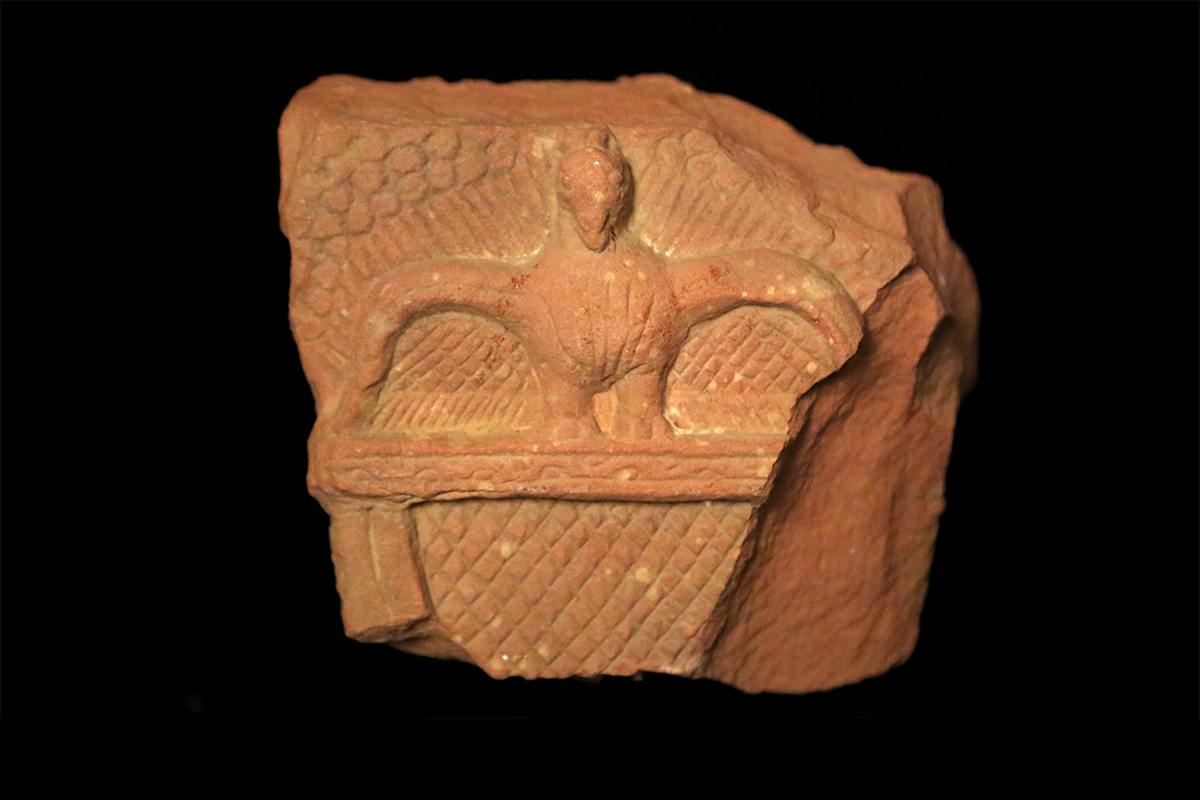 Part of a pillar, a bird on the back side