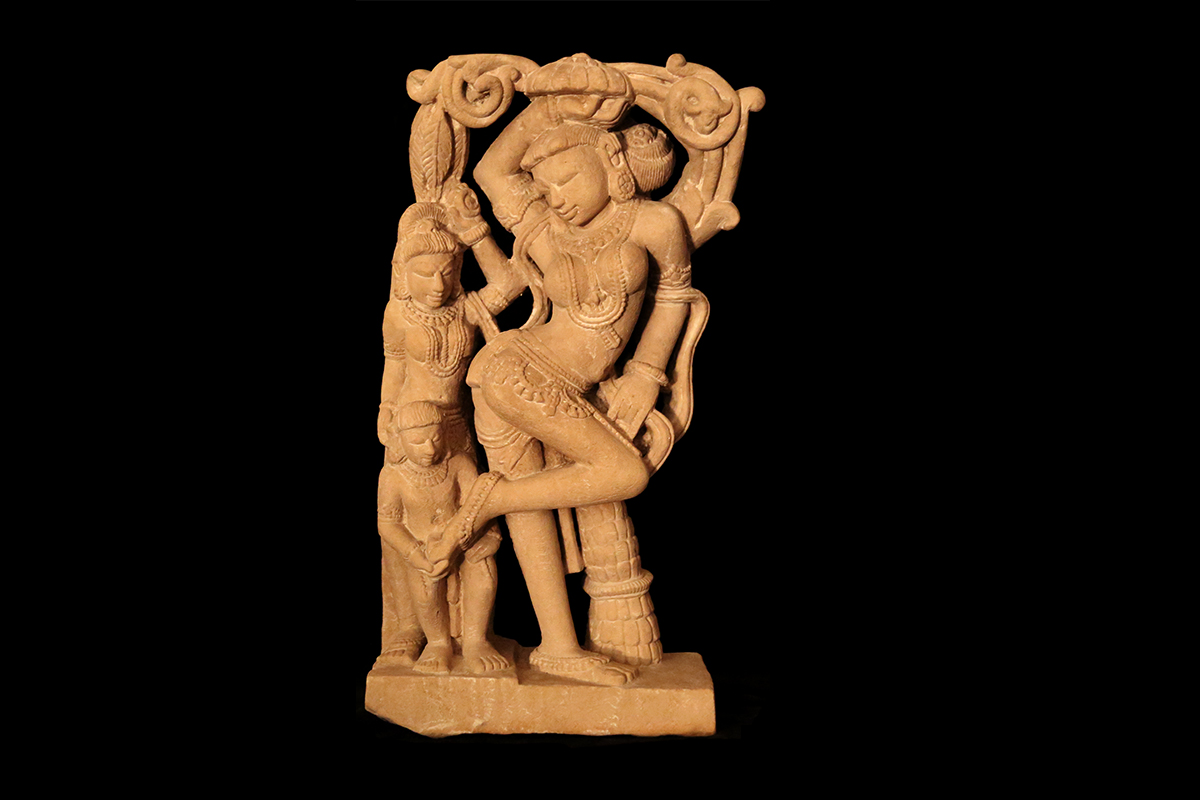 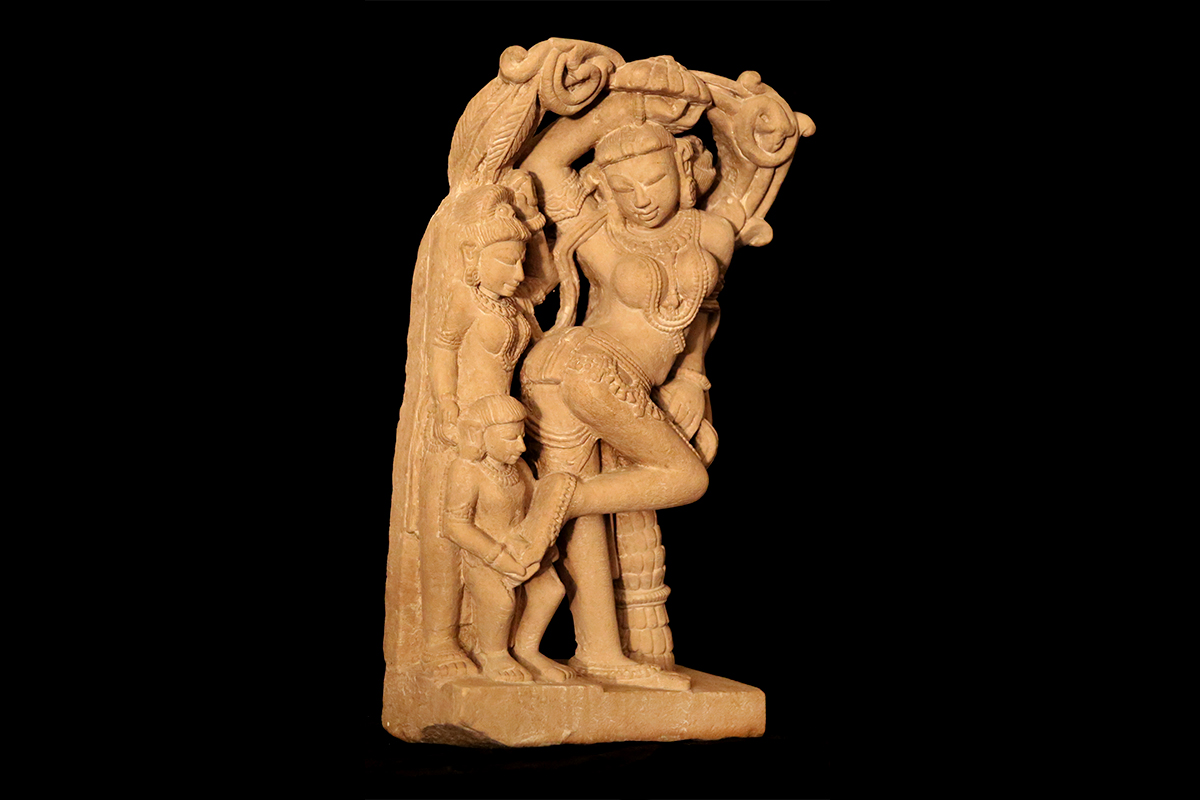 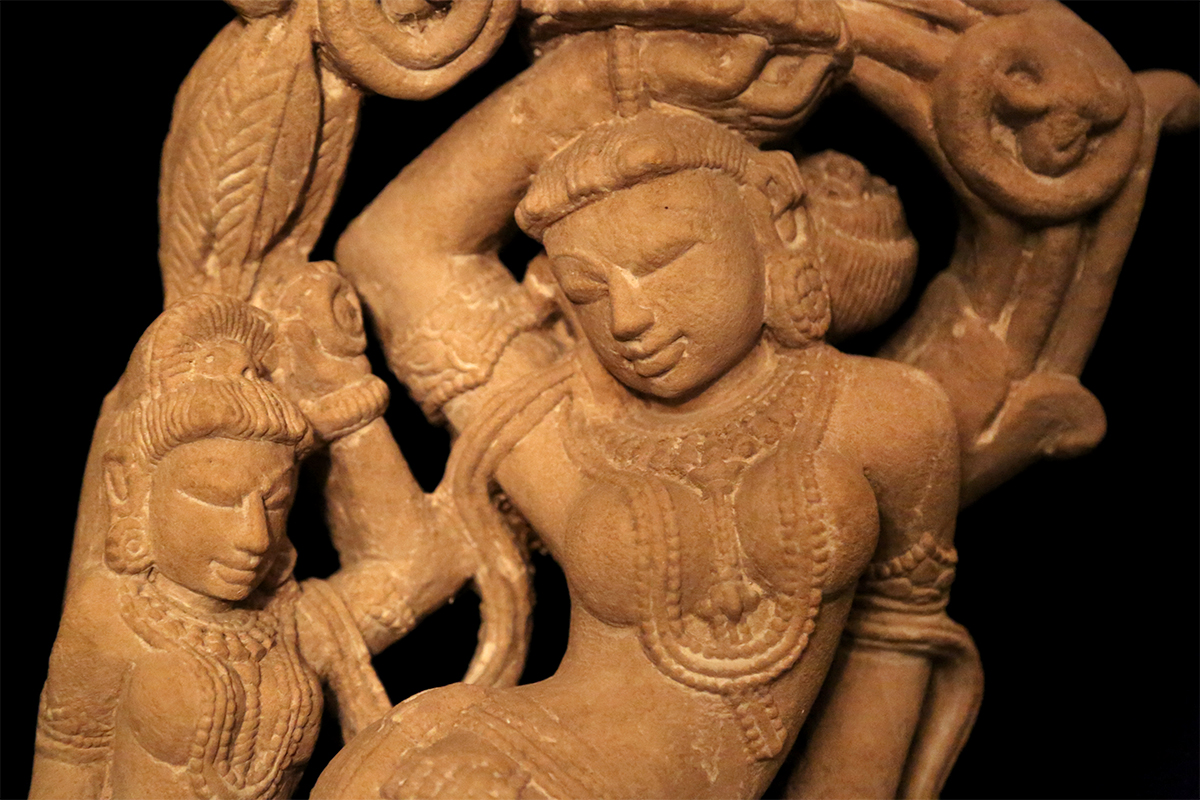 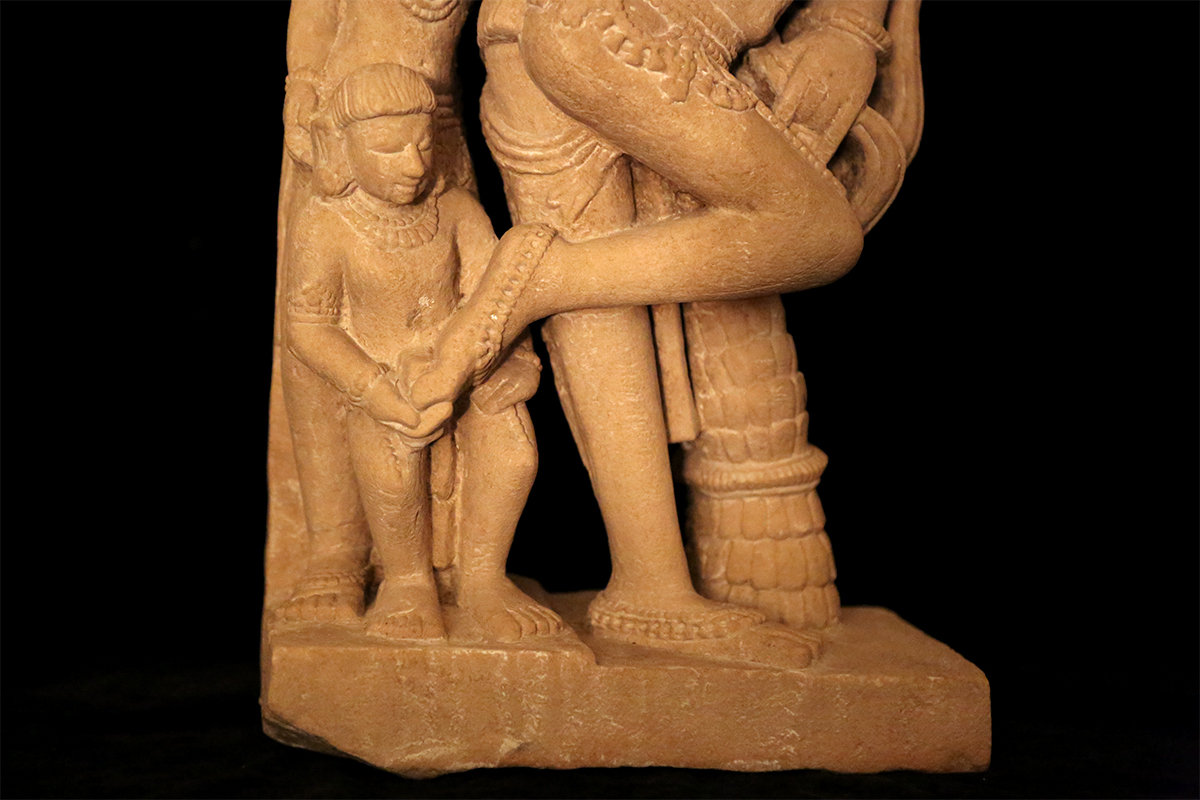 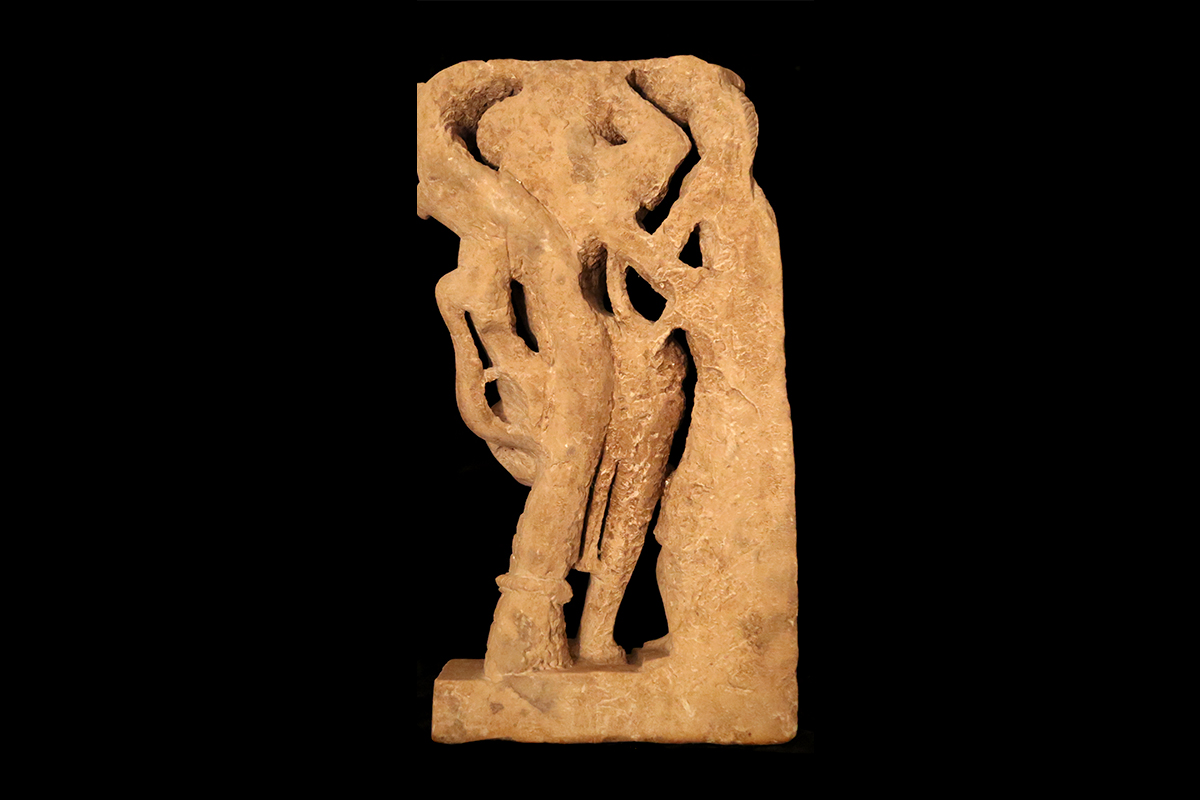 Yakshi under a mango tree

Temple relief, professionally cut on it back