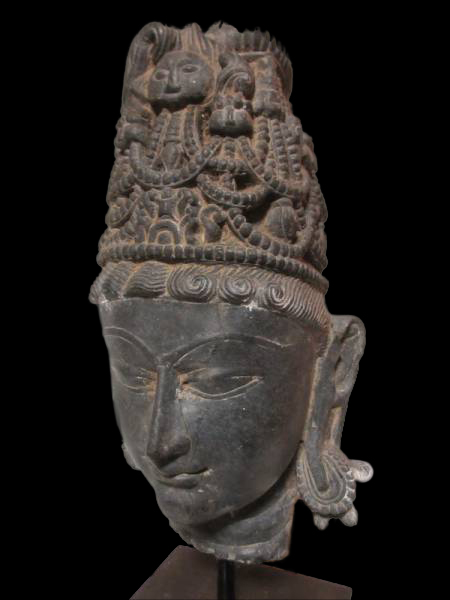 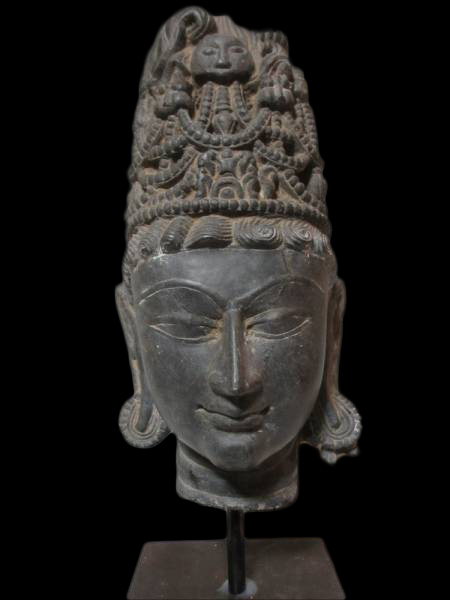 Stone head of harihara (half shiva & half vishnu)