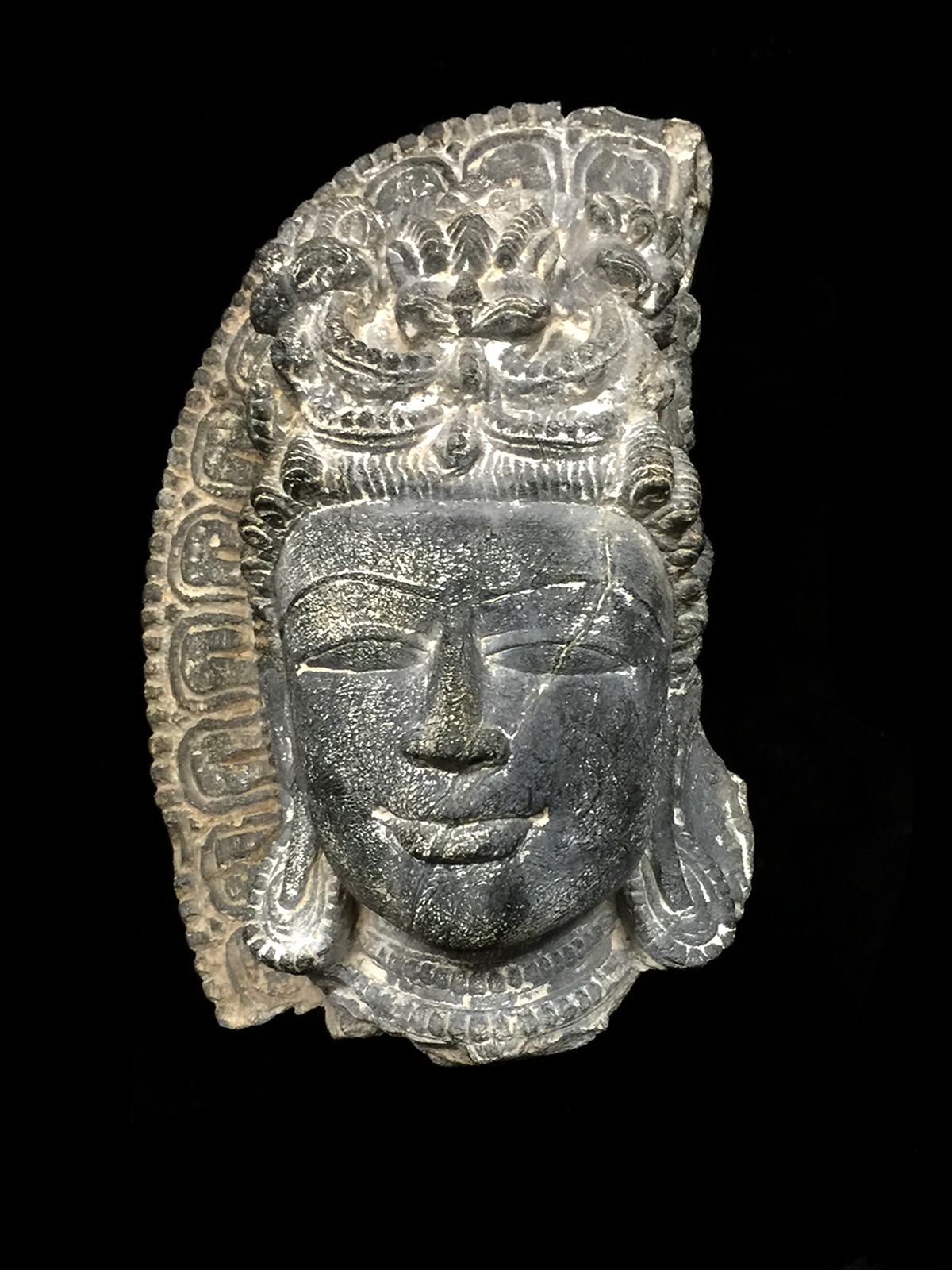 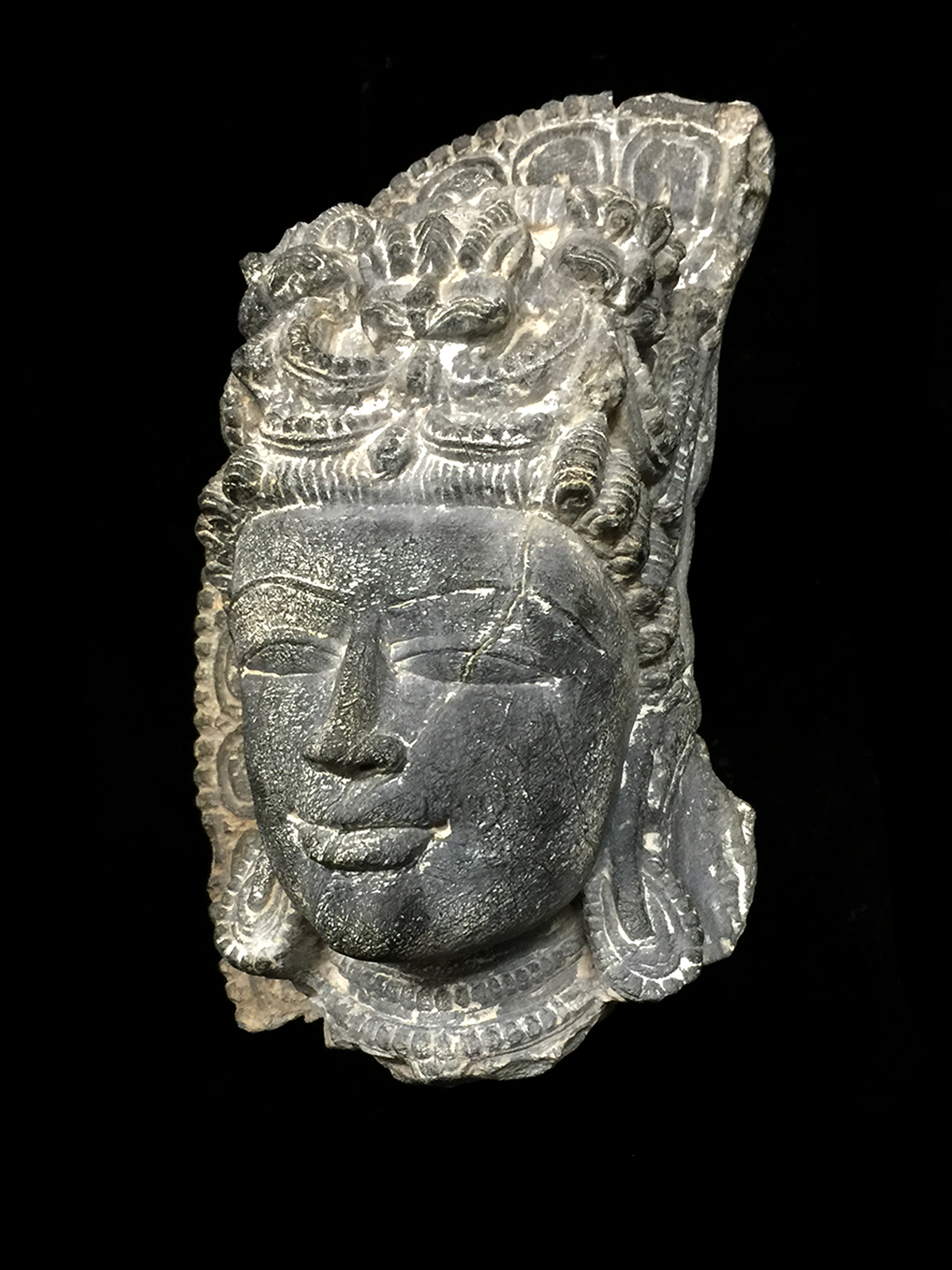 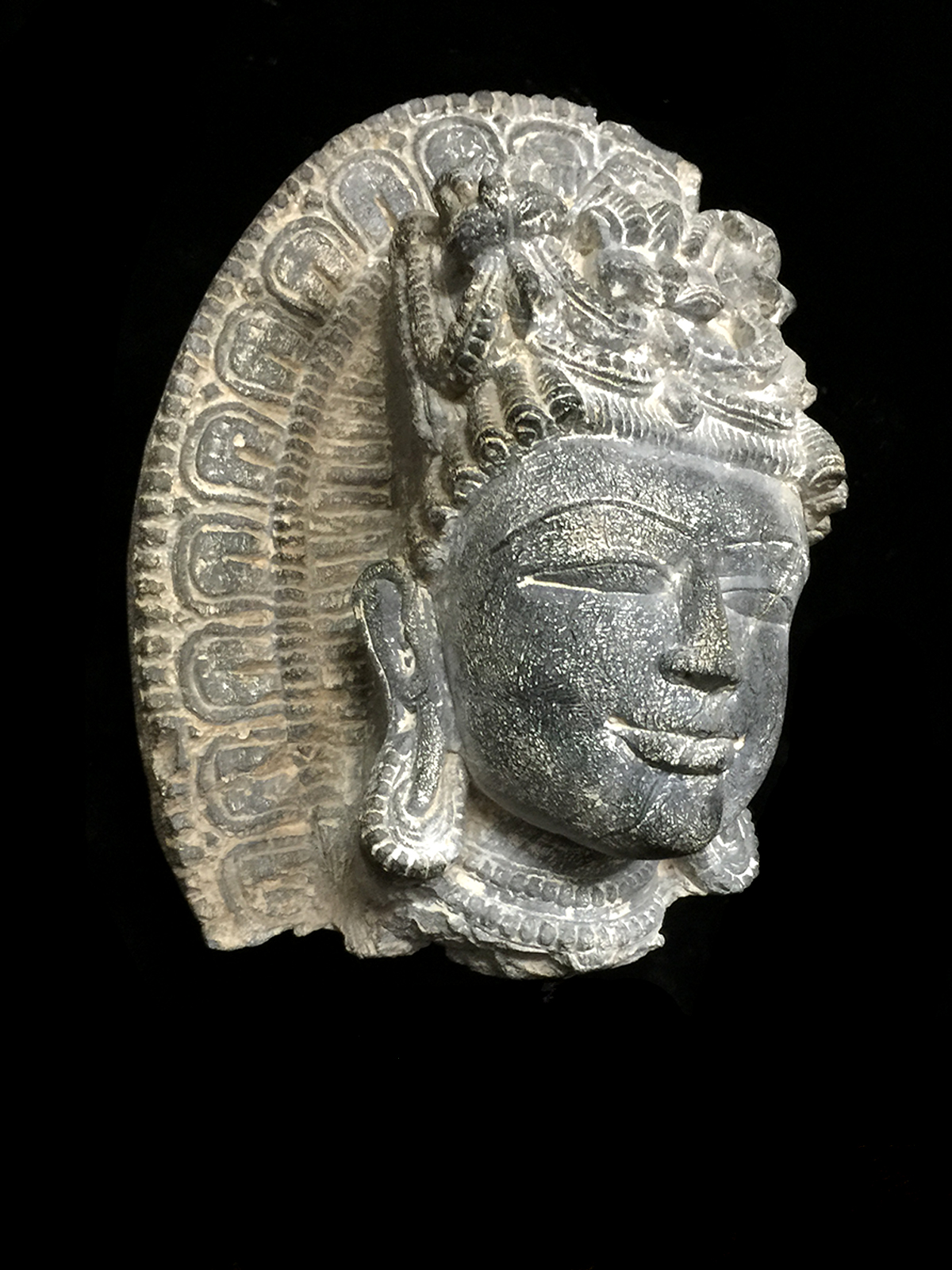 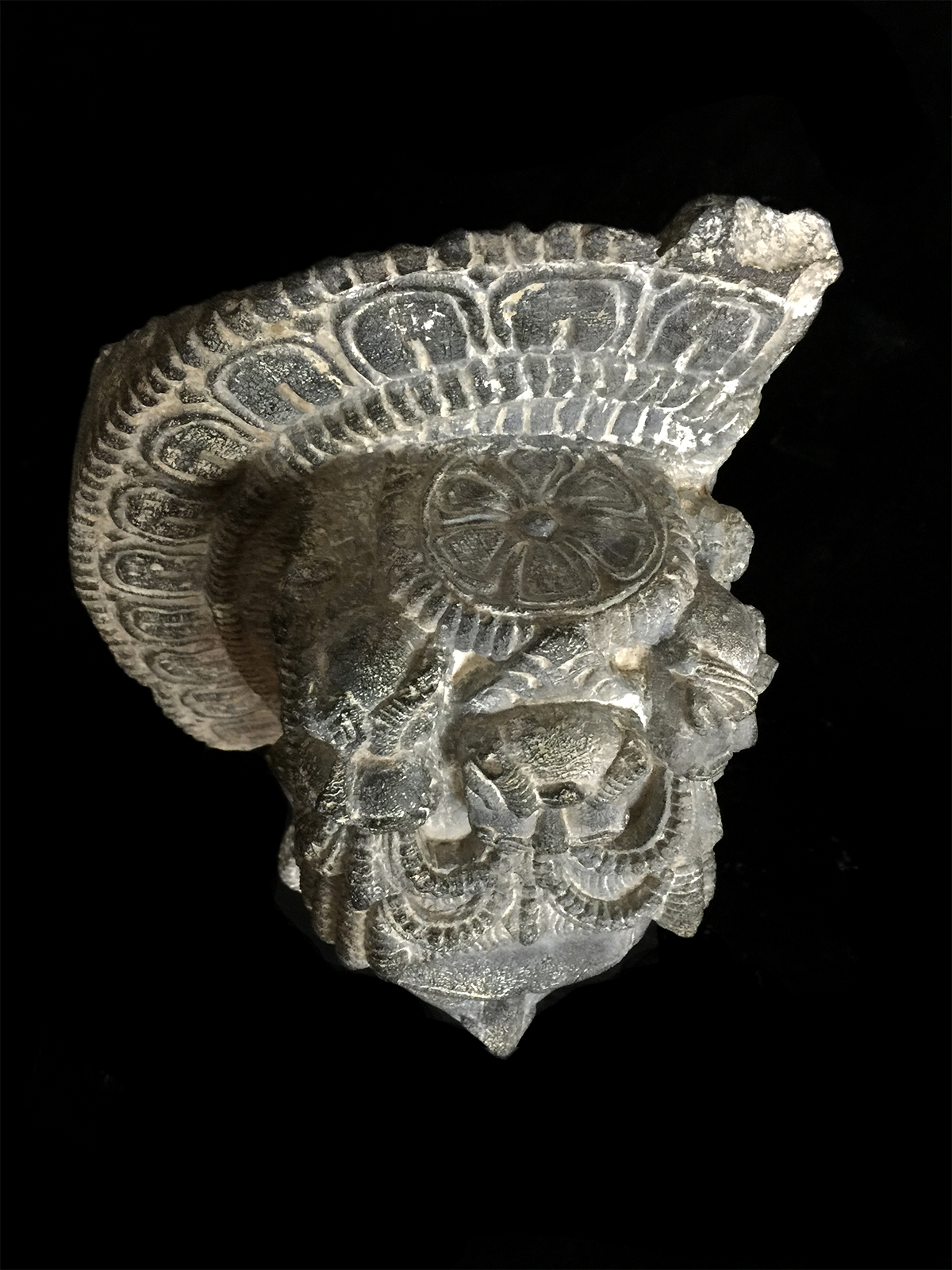 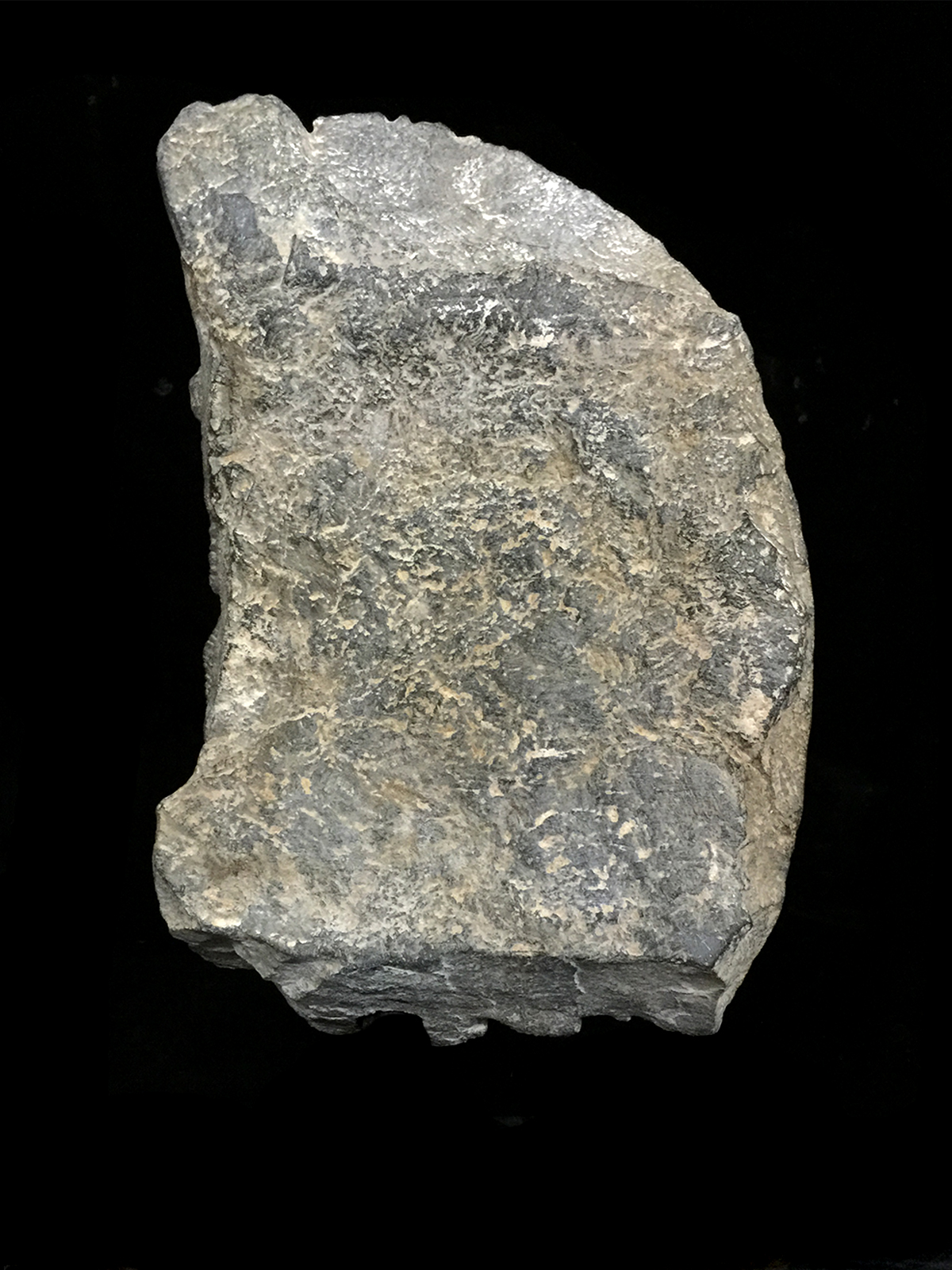 Stone head of a God, Vishnu ?

Old crack repair on the face ,  but it is not broken, and very solid