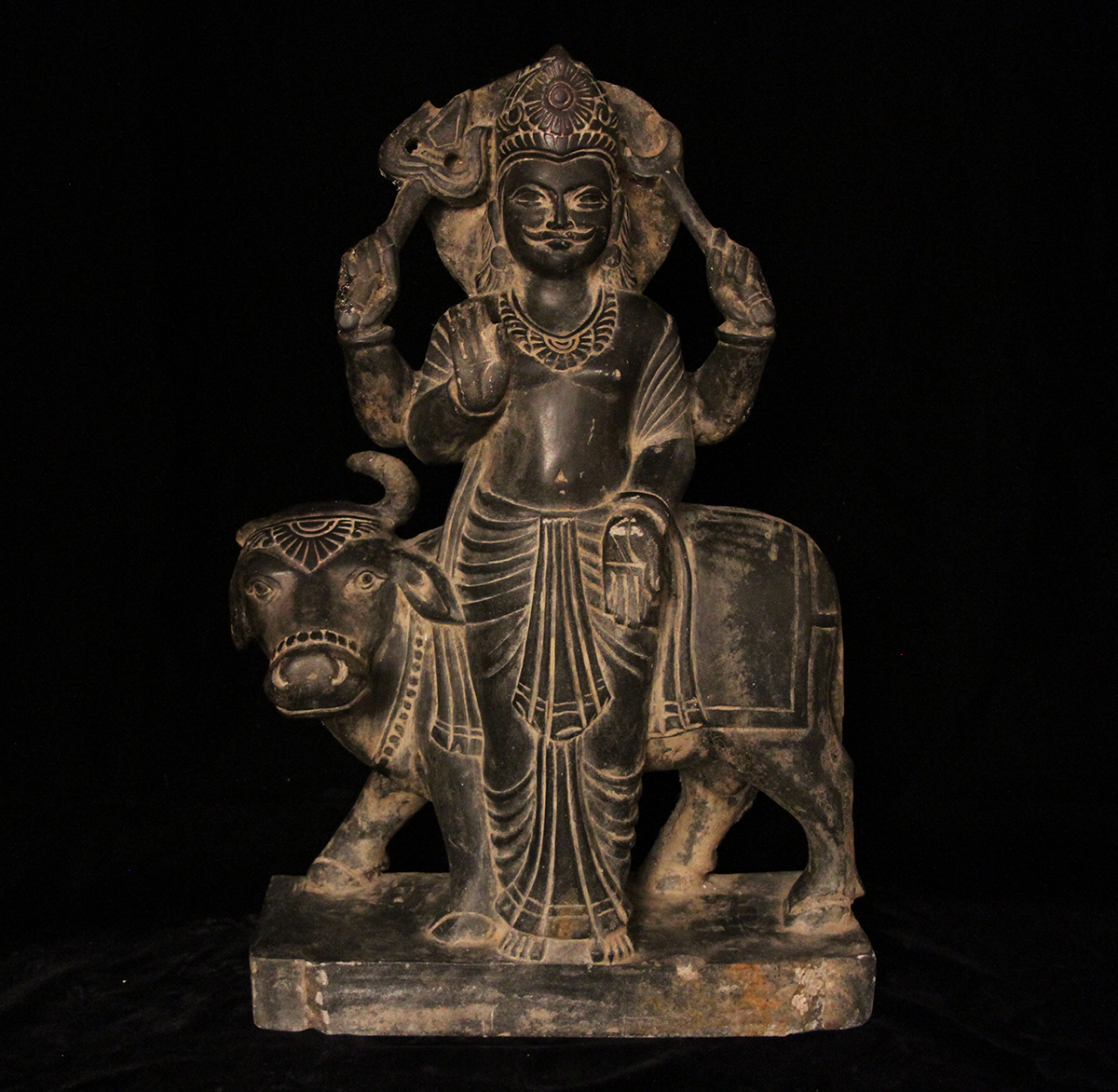 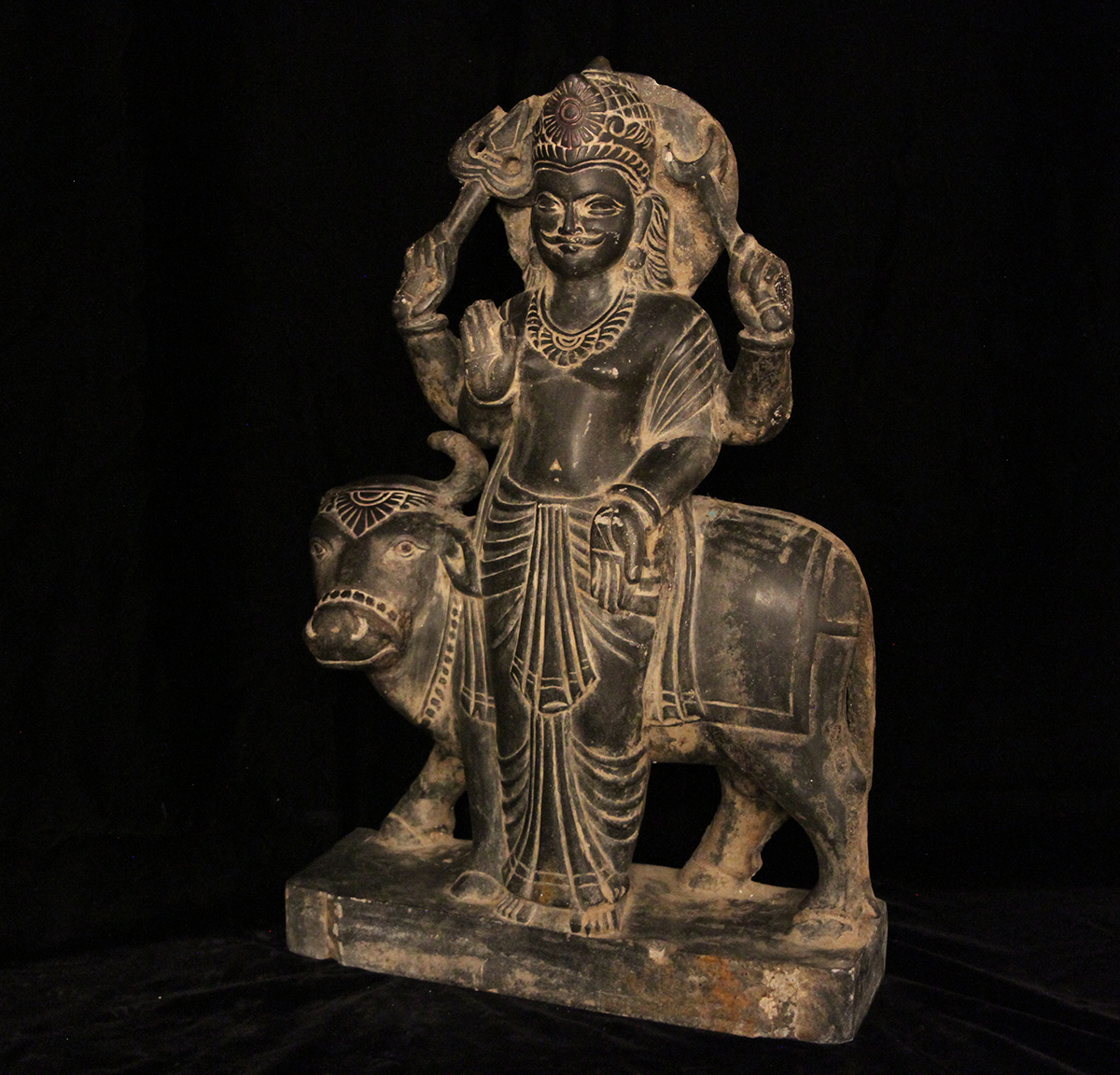 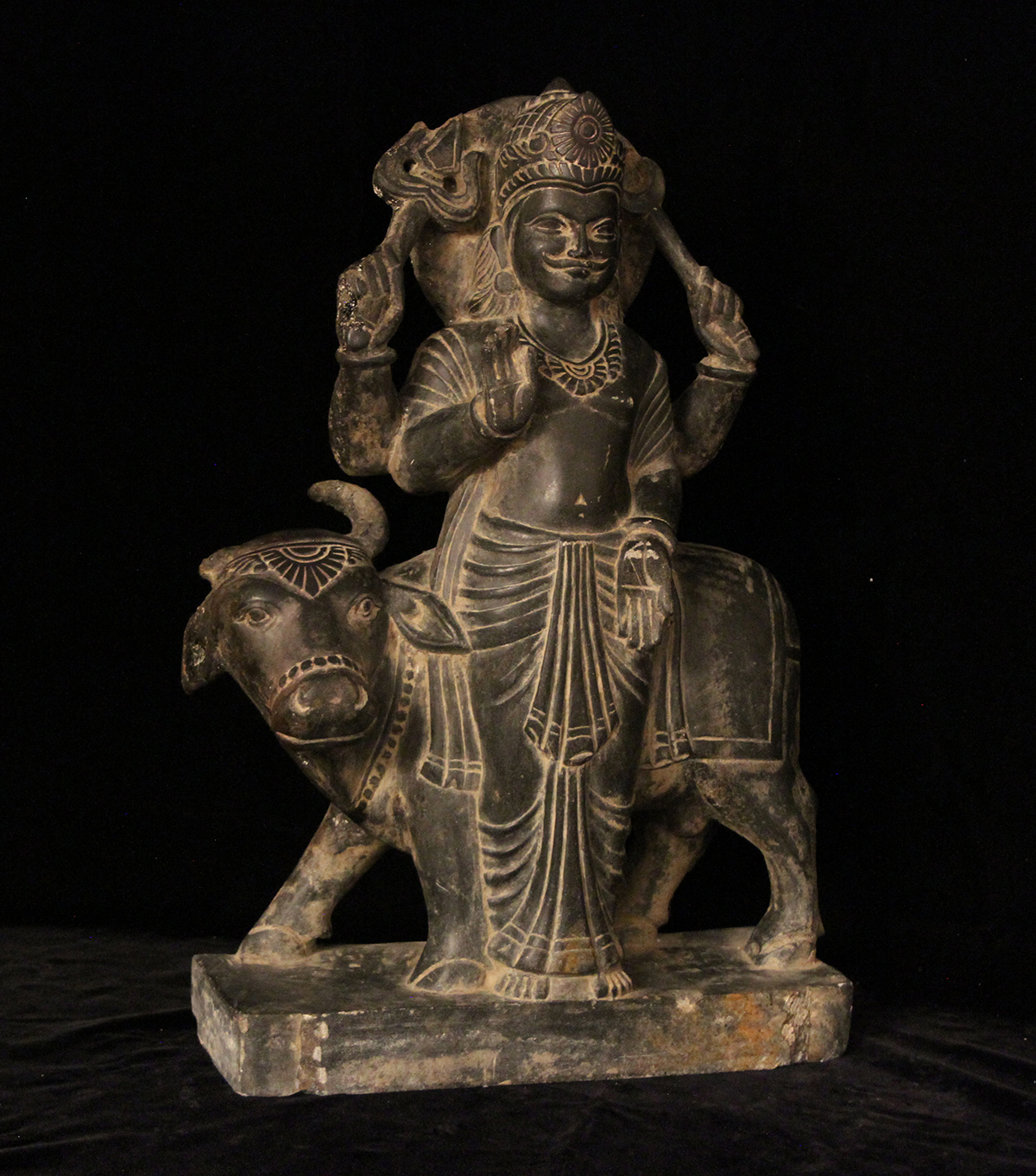 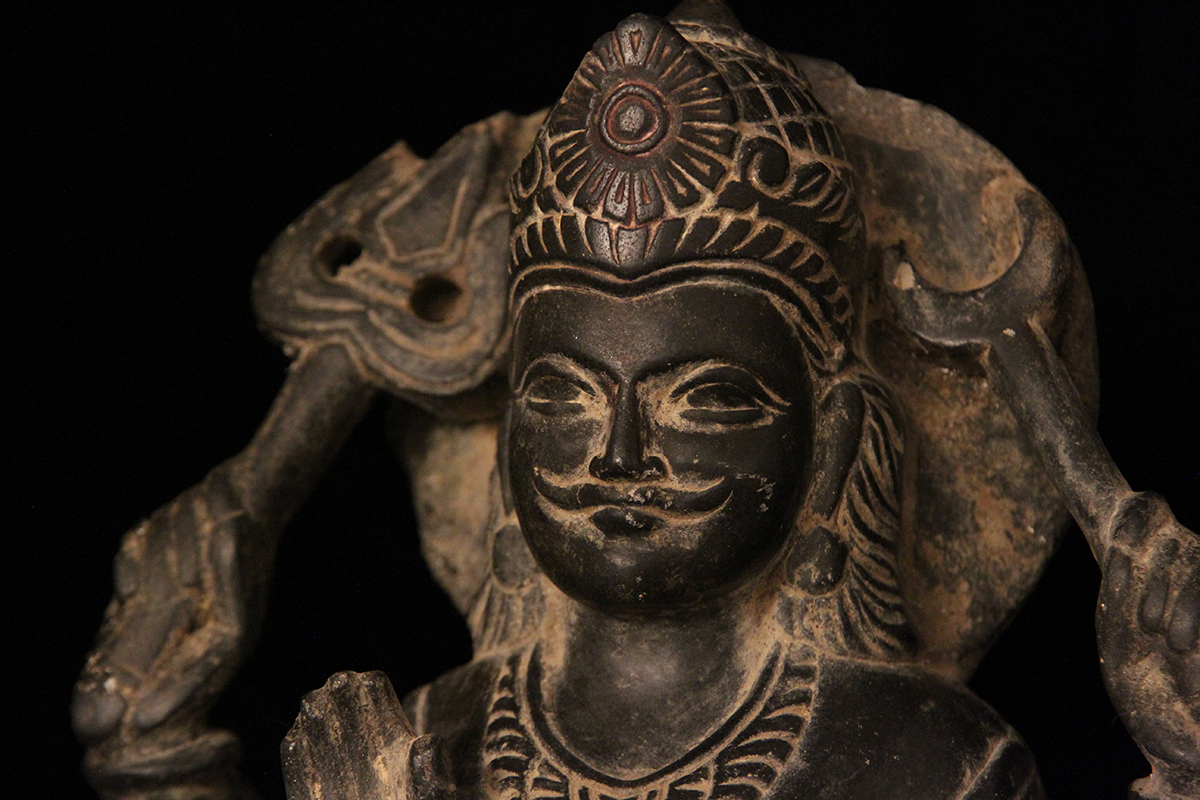 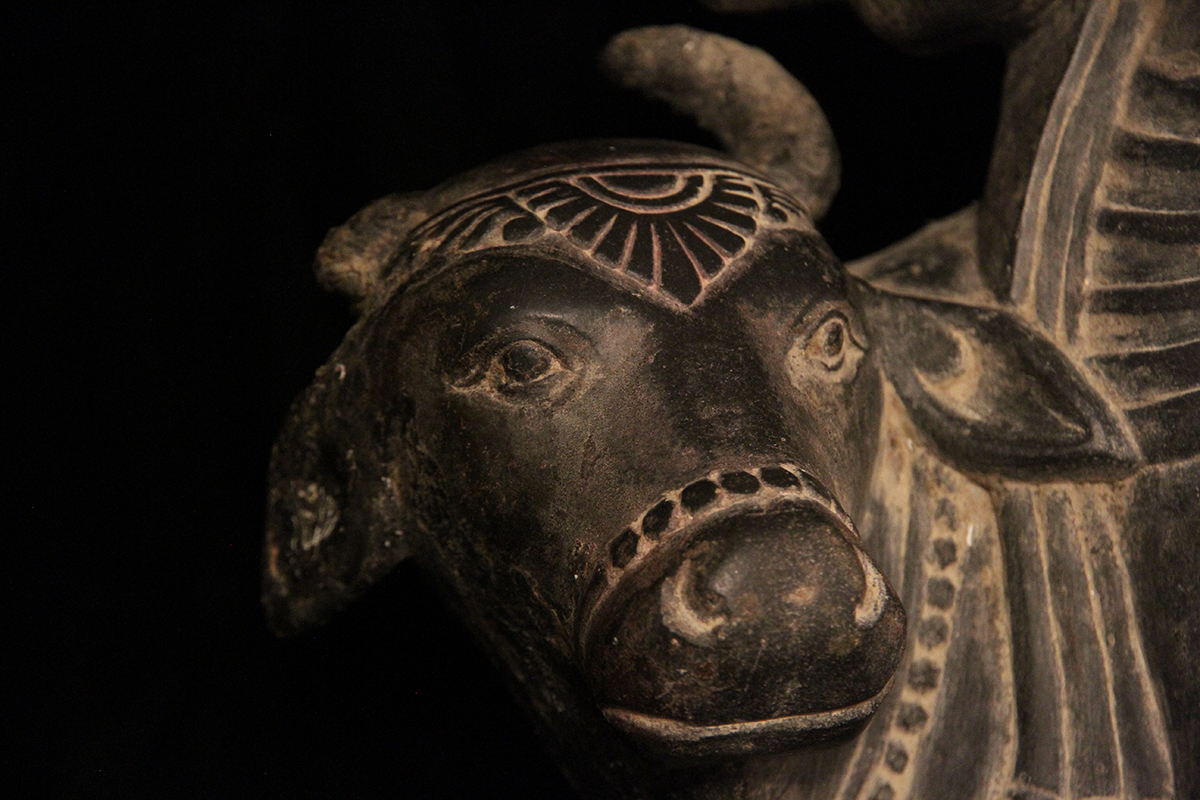 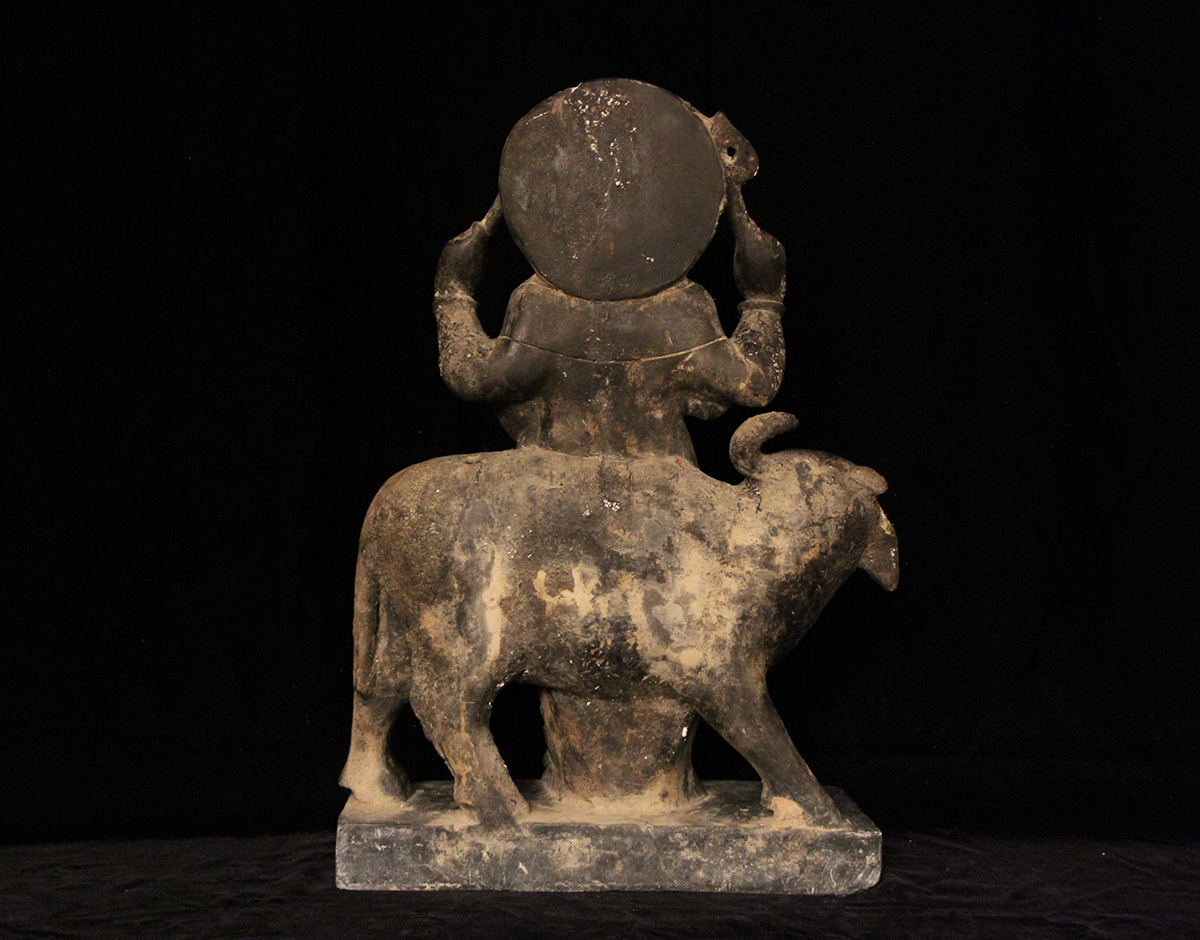 Remains of old repair in one of nandi (bull) ears, please see in the images

Nandi (Sanskrit: नन्दि, Tamil: நந்தி,Kannada: ನಂದಿ,Telugu: న౦ది) is the name for the bull which serves as the mount (Sanskrit: Vahana) of the god Shiva and as the gatekeeper of Shiva and Parvati. In HinduReligion, he is the chief guru of eighteen masters (18 Siddhar ) including Patanjali and Thirumular. Temples venerating Shiva display stone images of a seated Nandi, generally facing the main shrine. There are also a number of temples dedicated solely to Nandi.