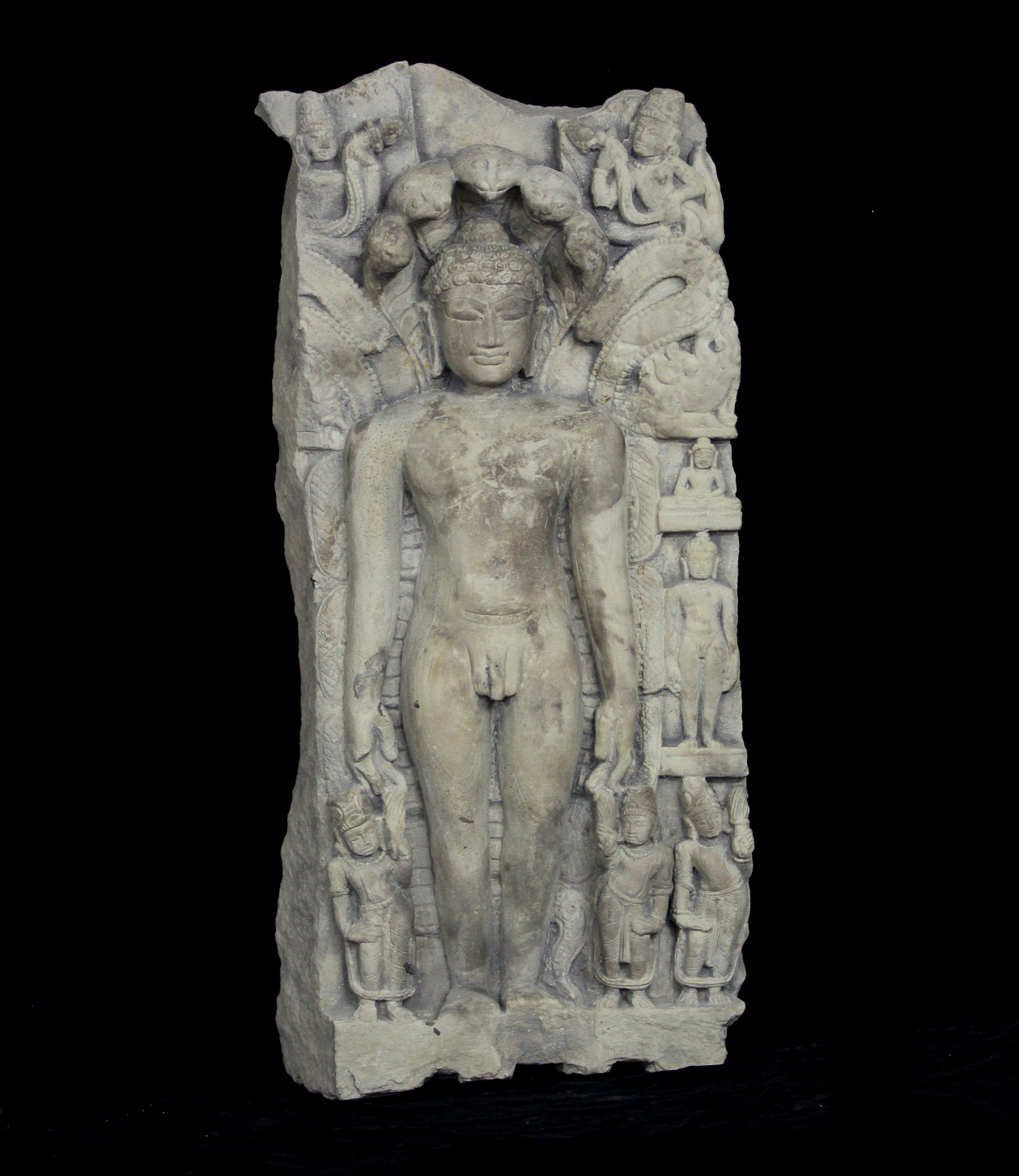 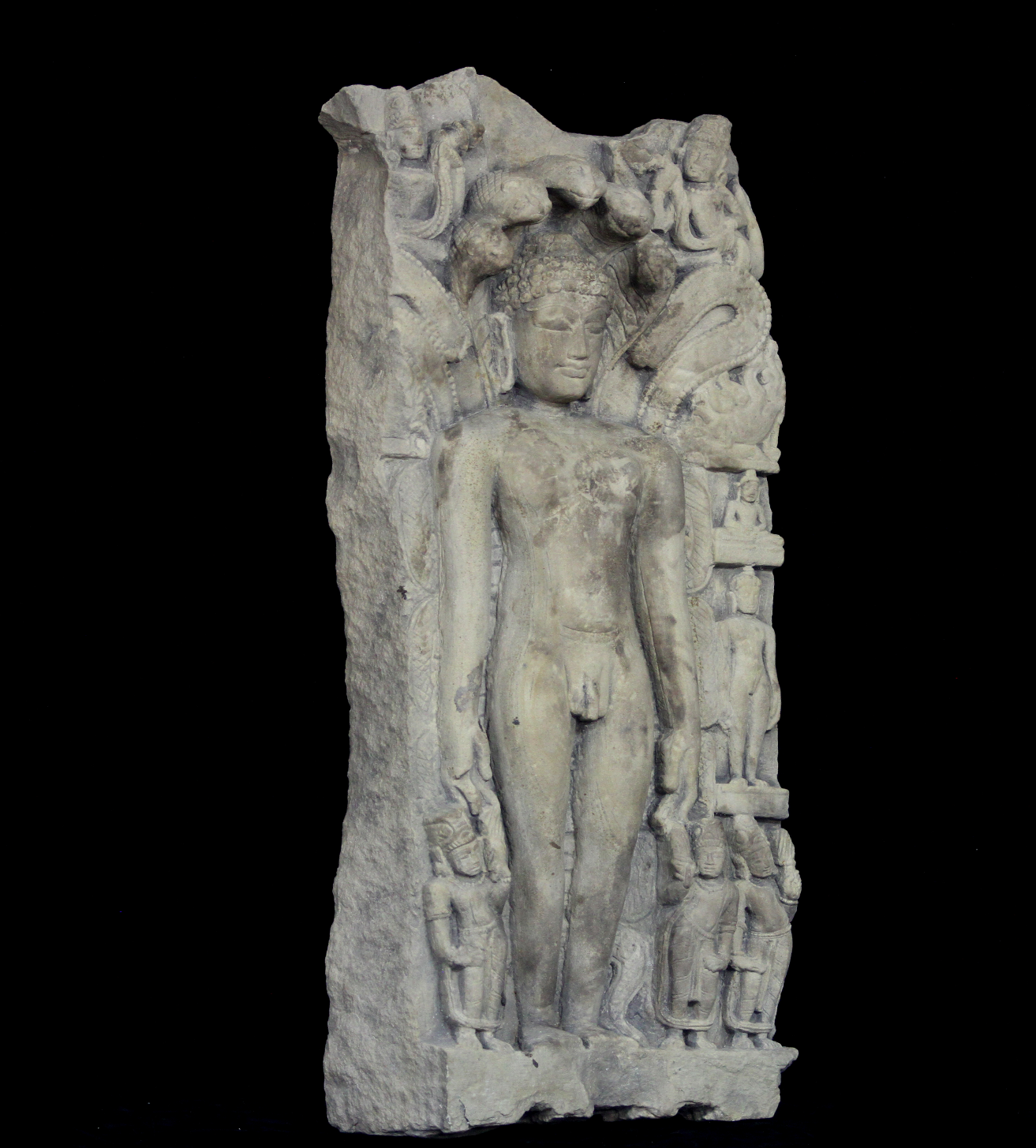 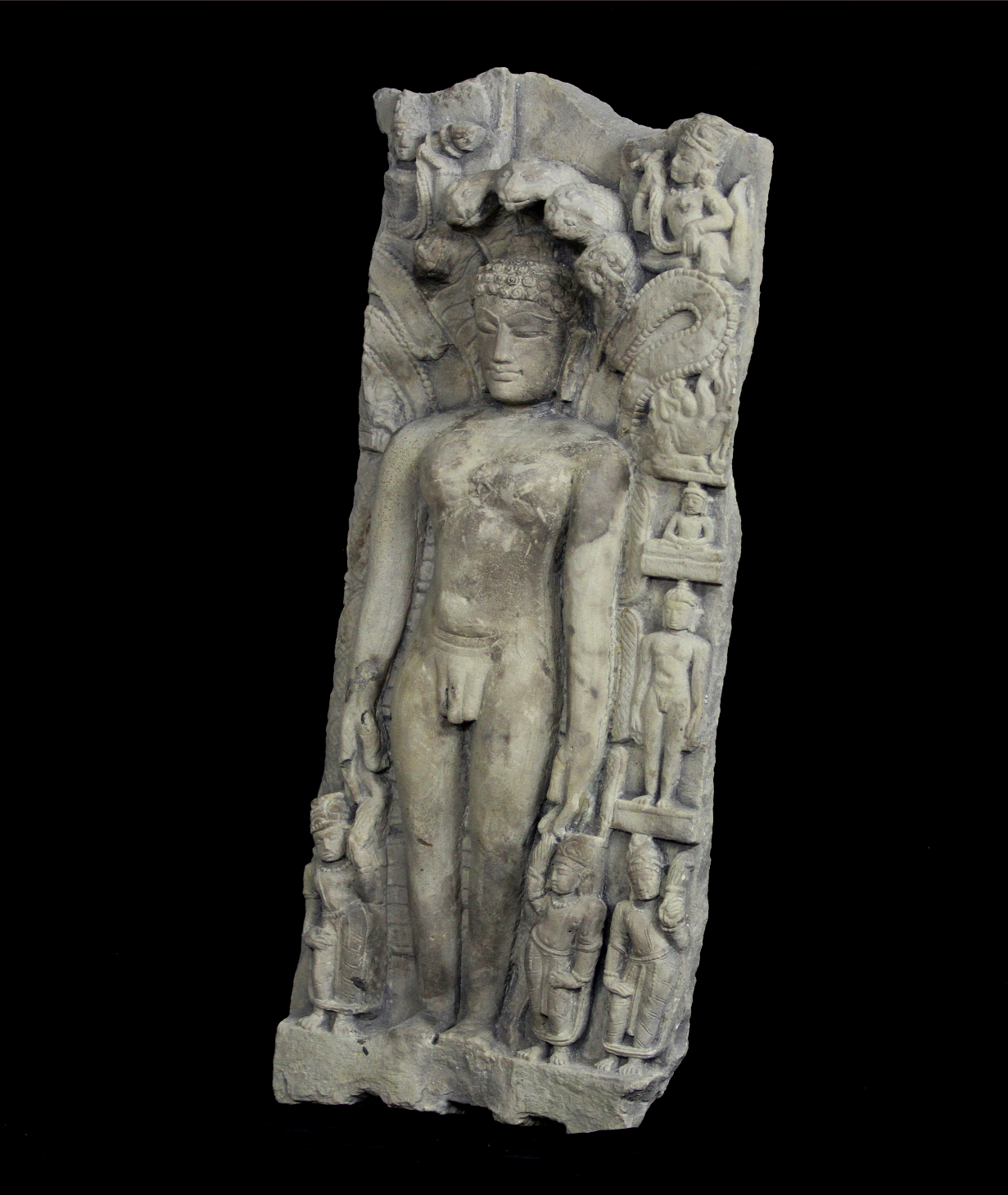 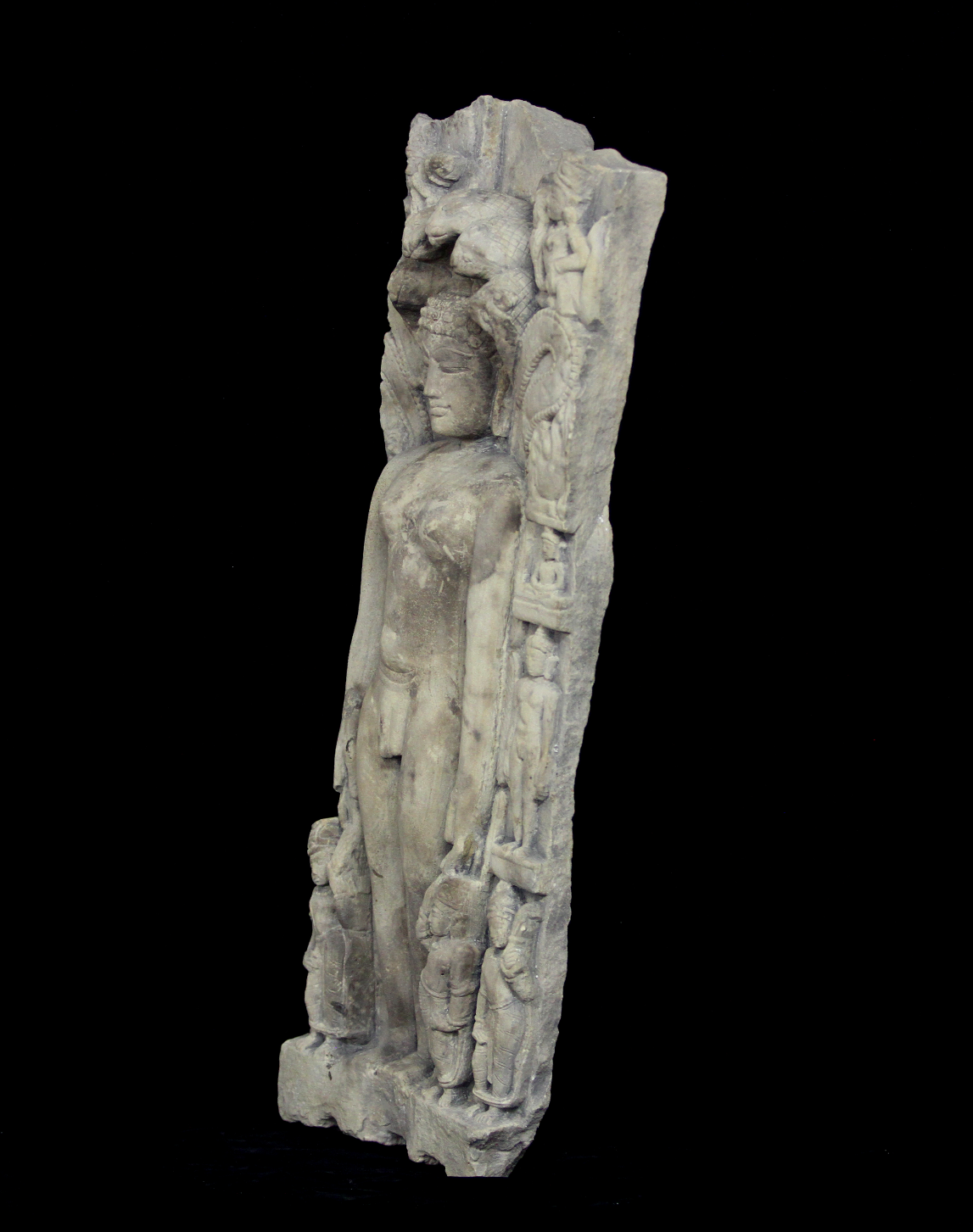 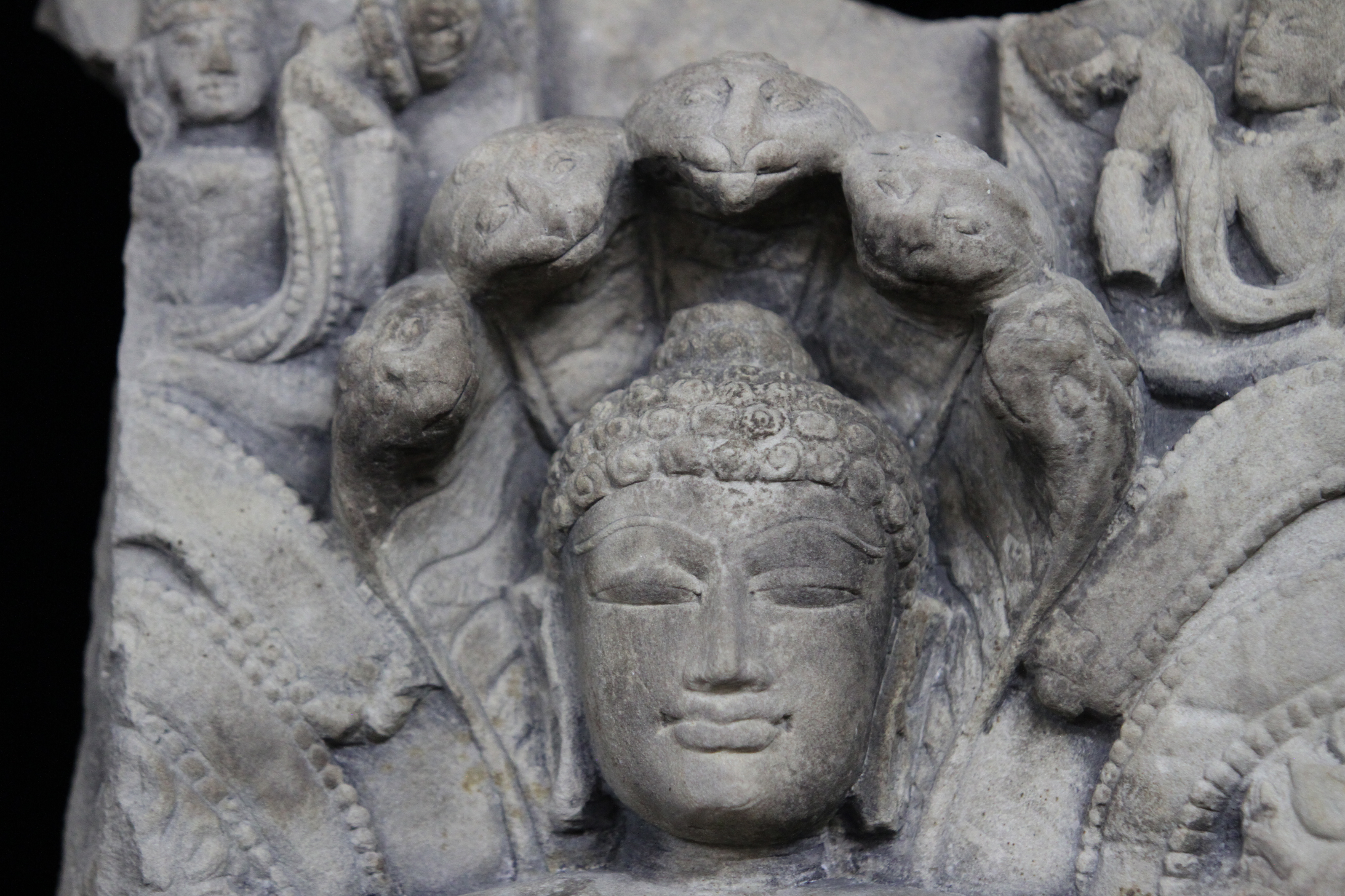 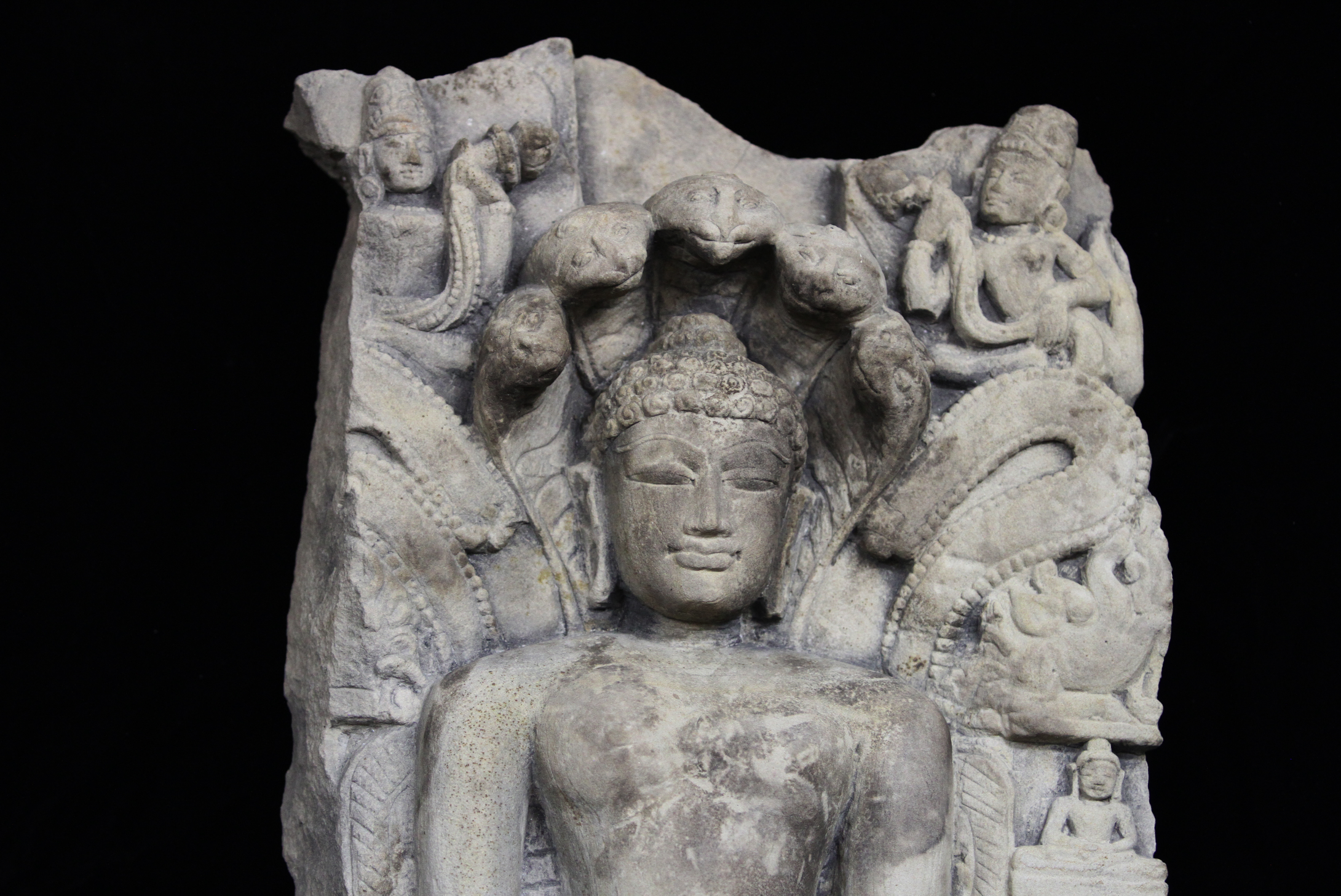 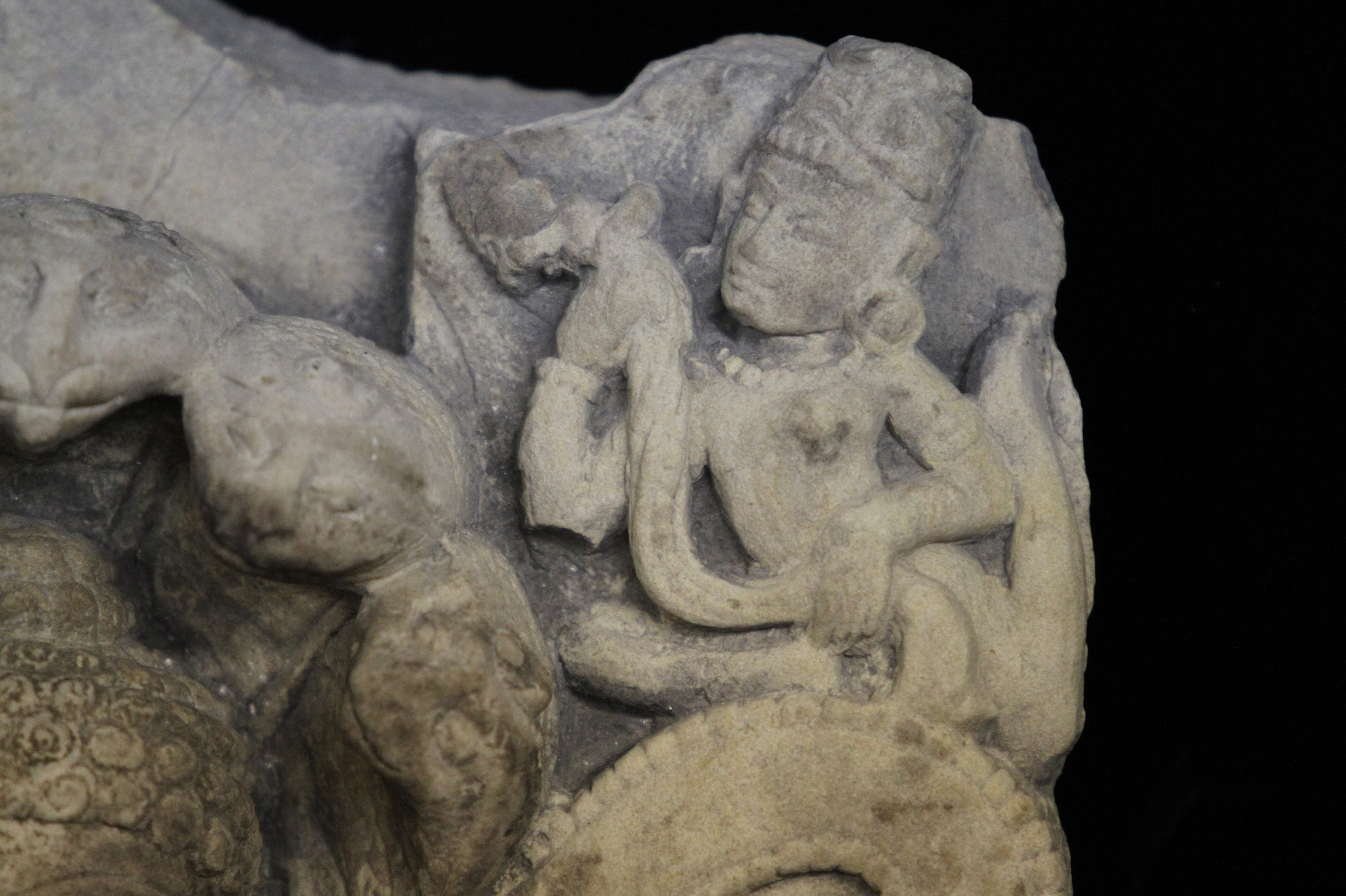 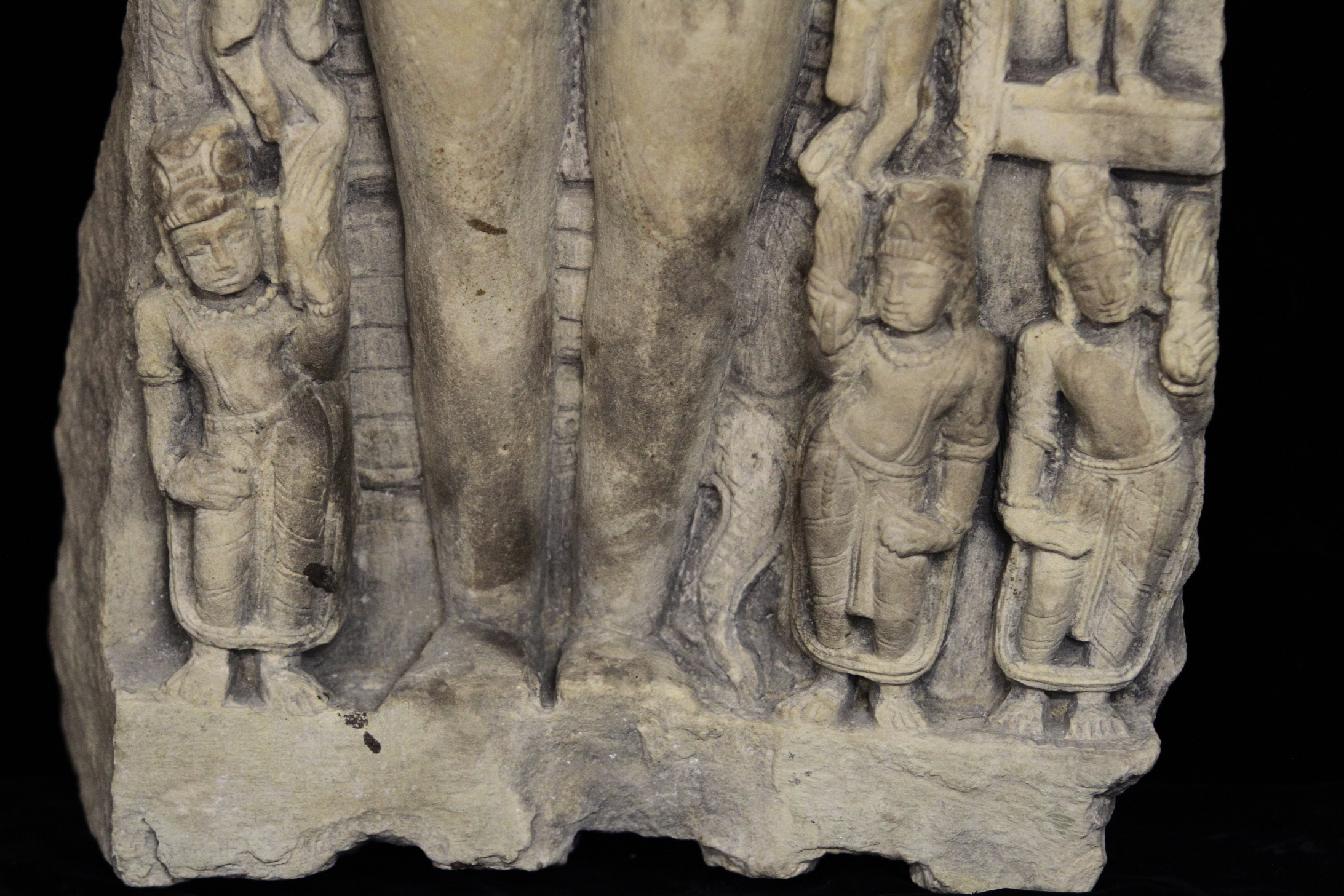 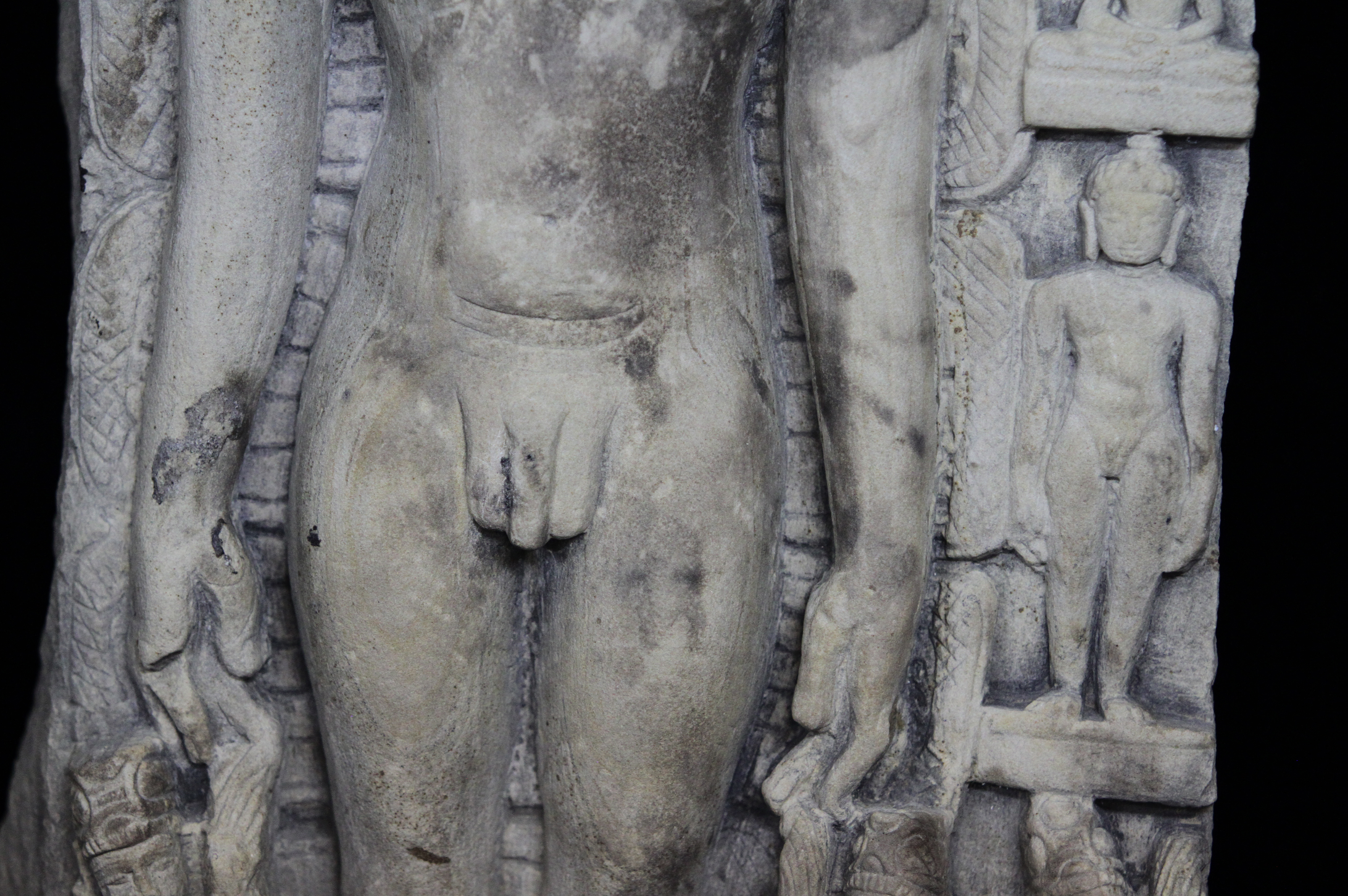 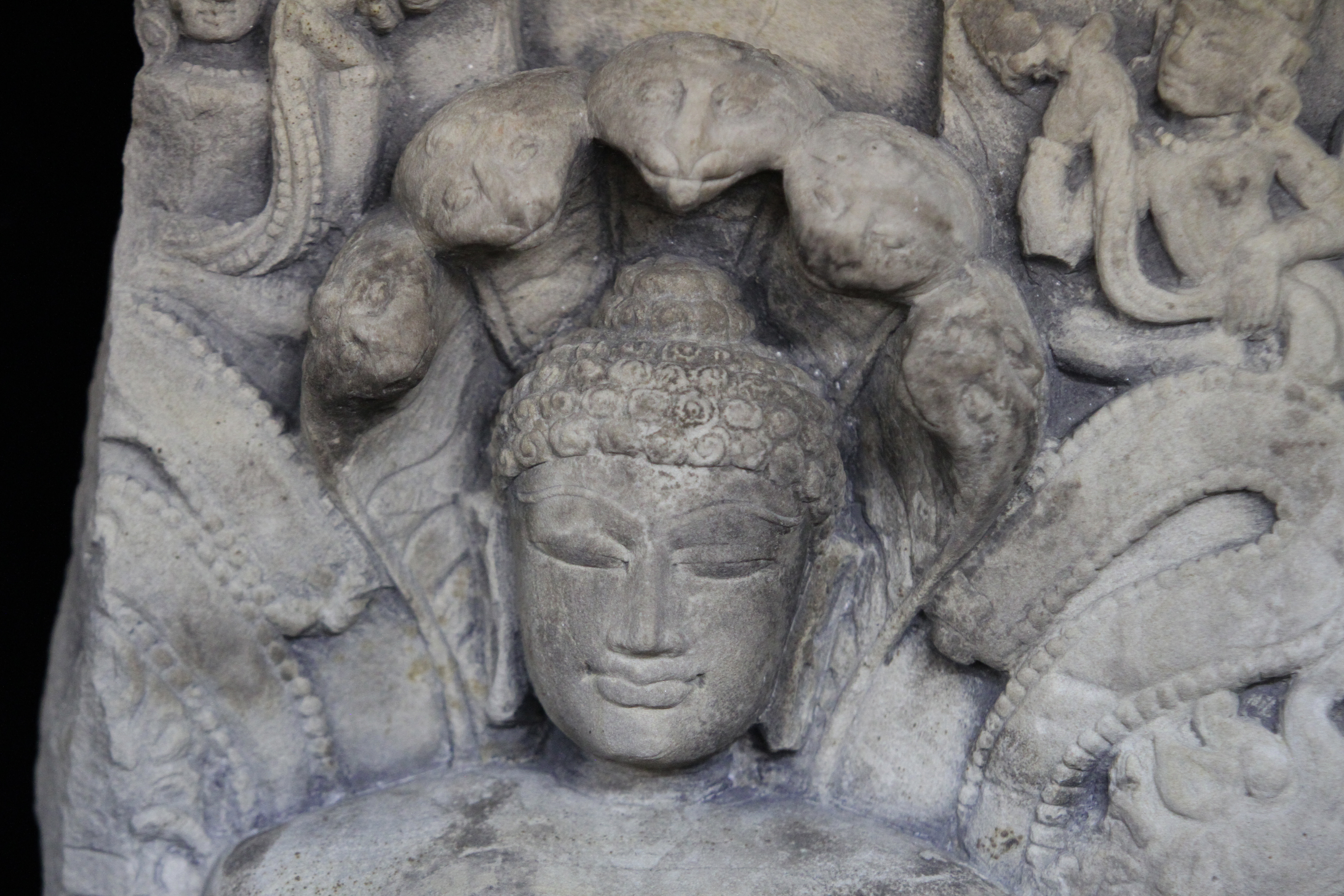 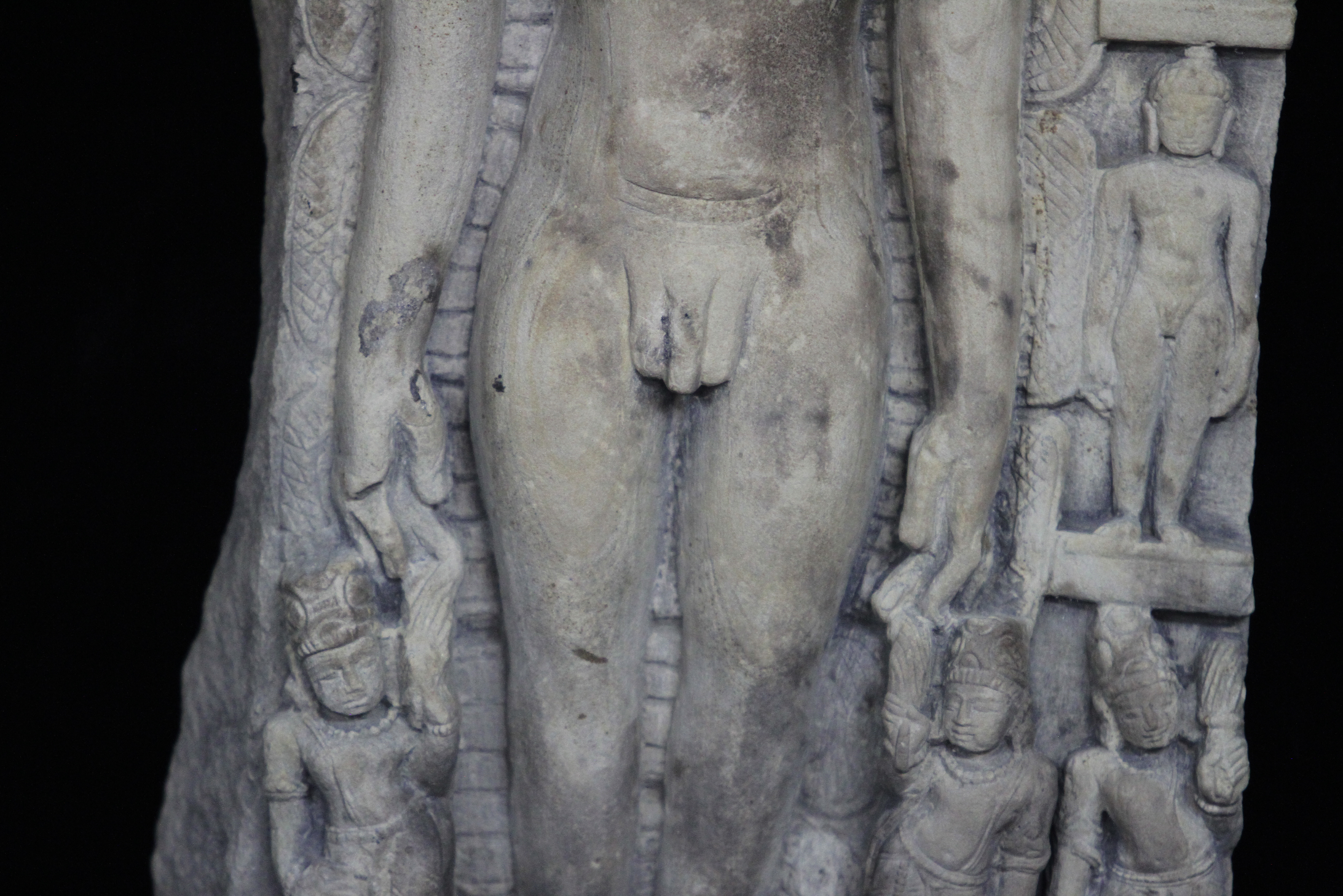 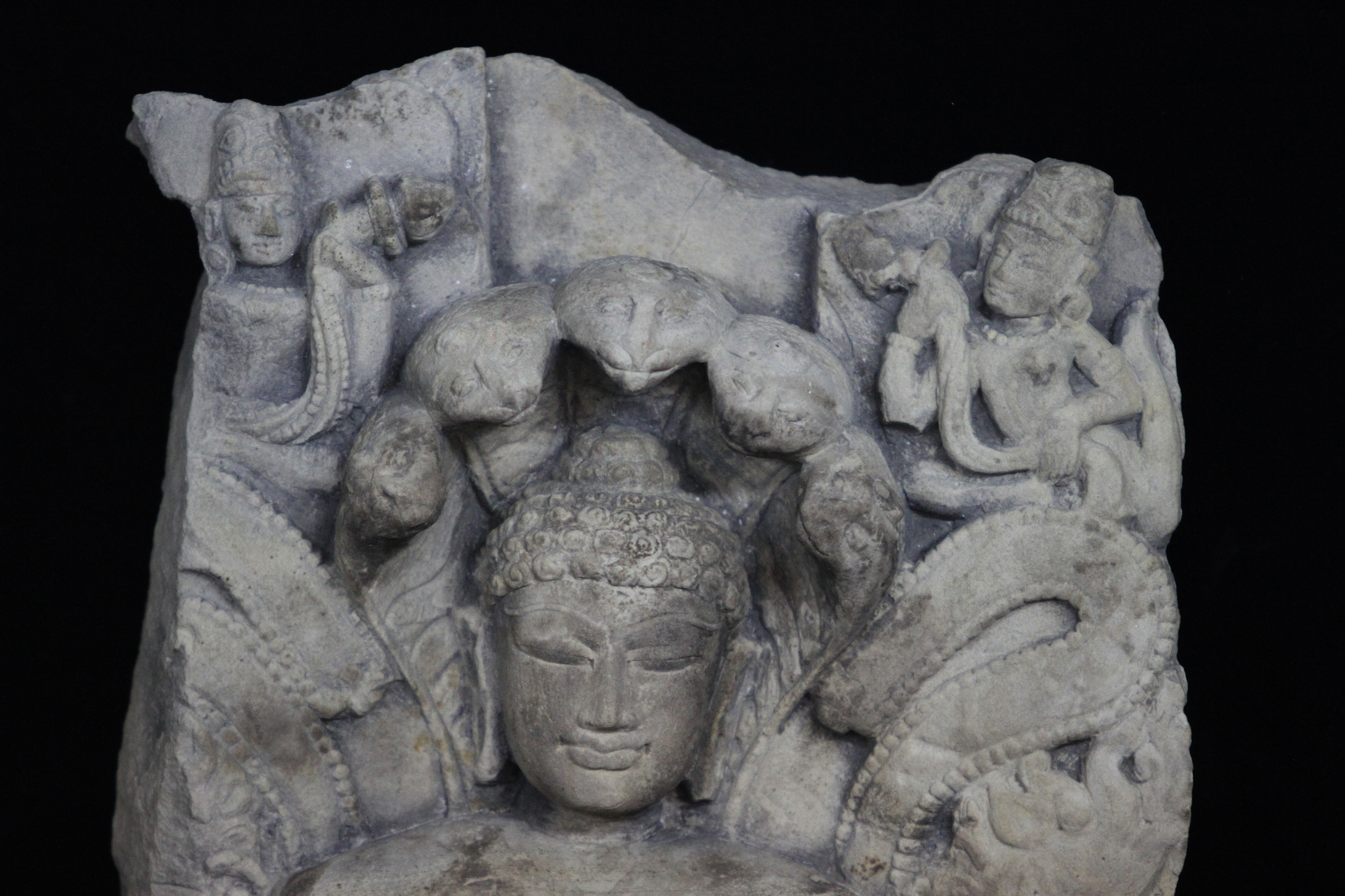 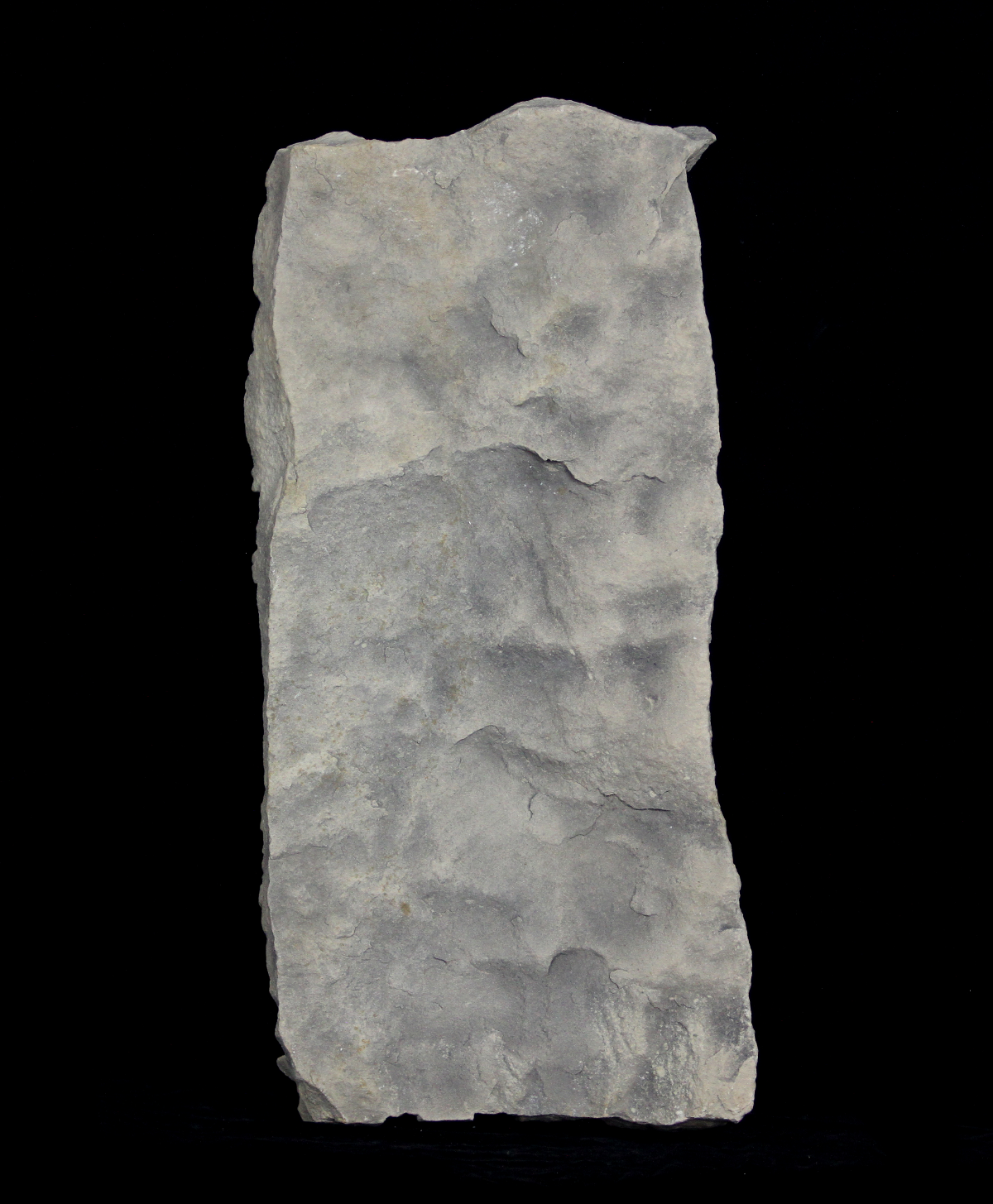 Standing jain , around him angels and other jain forms