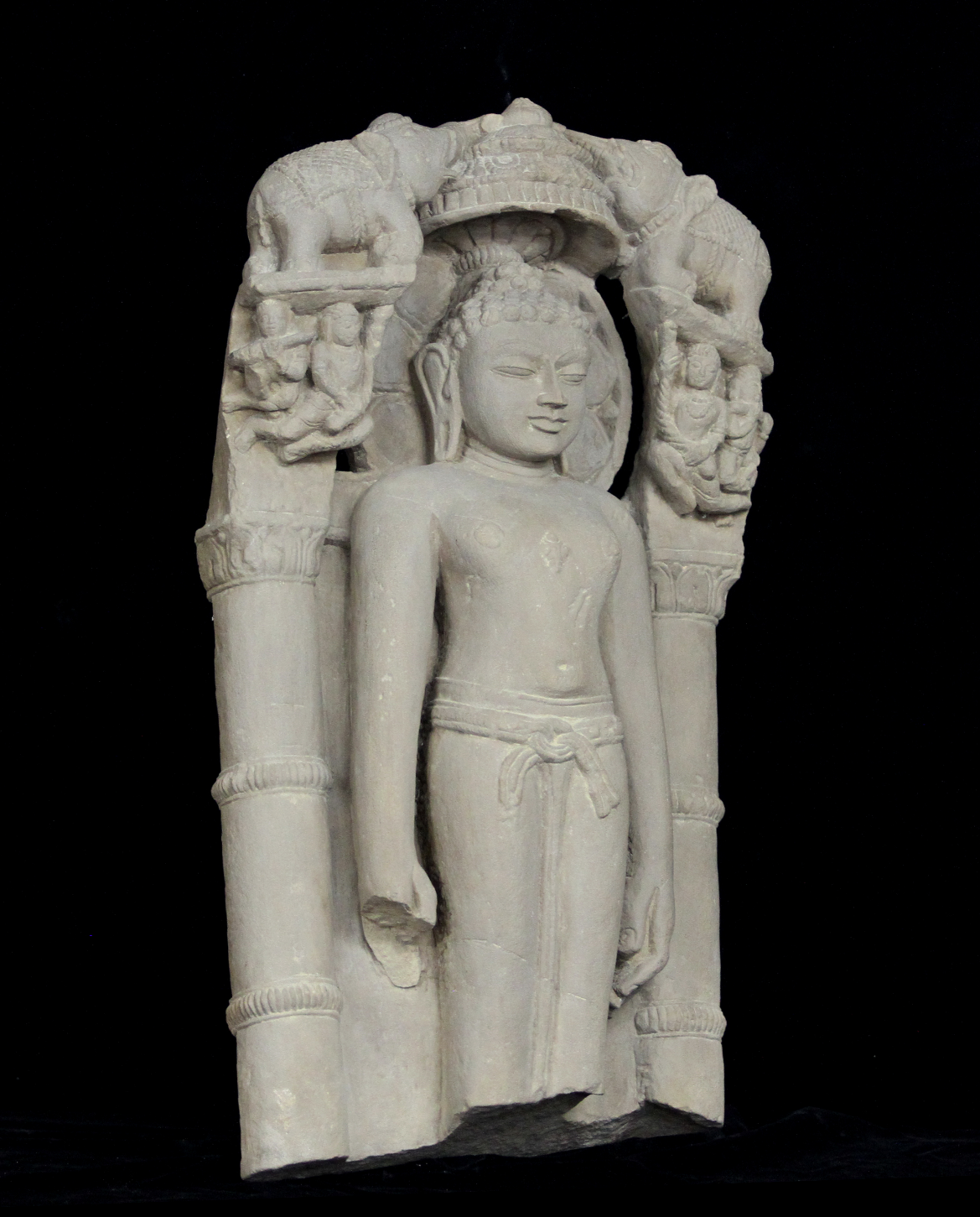 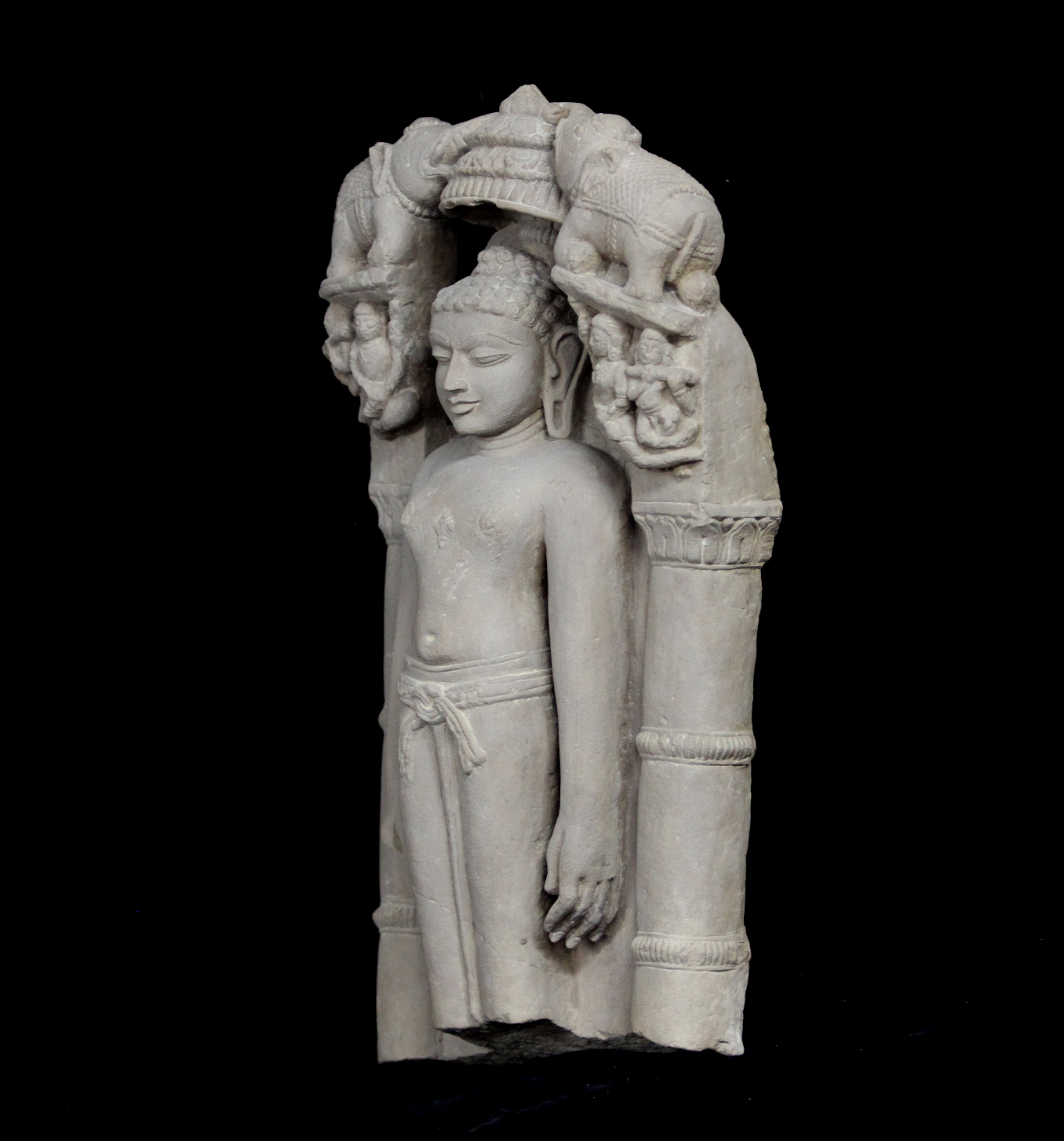 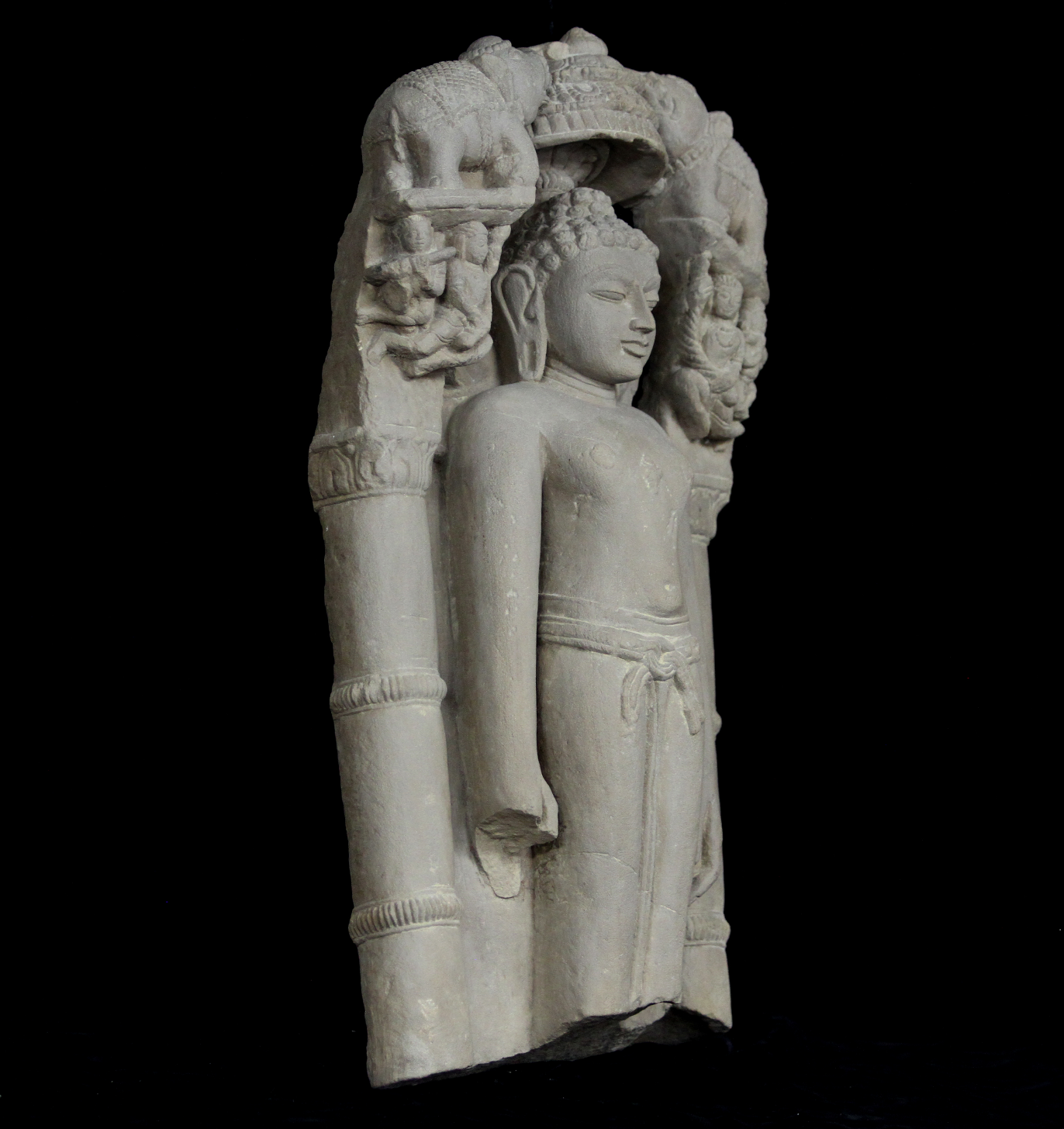 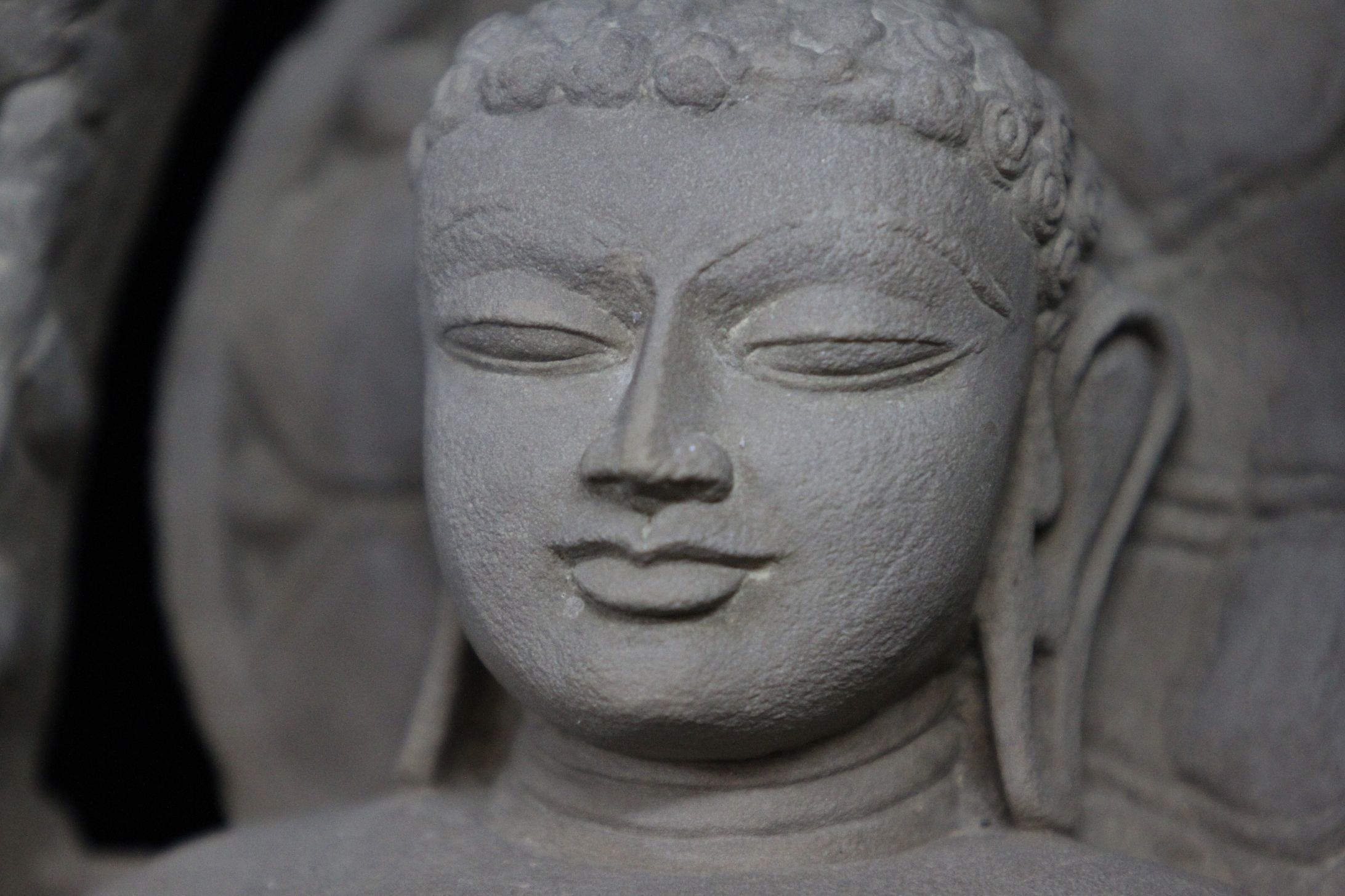 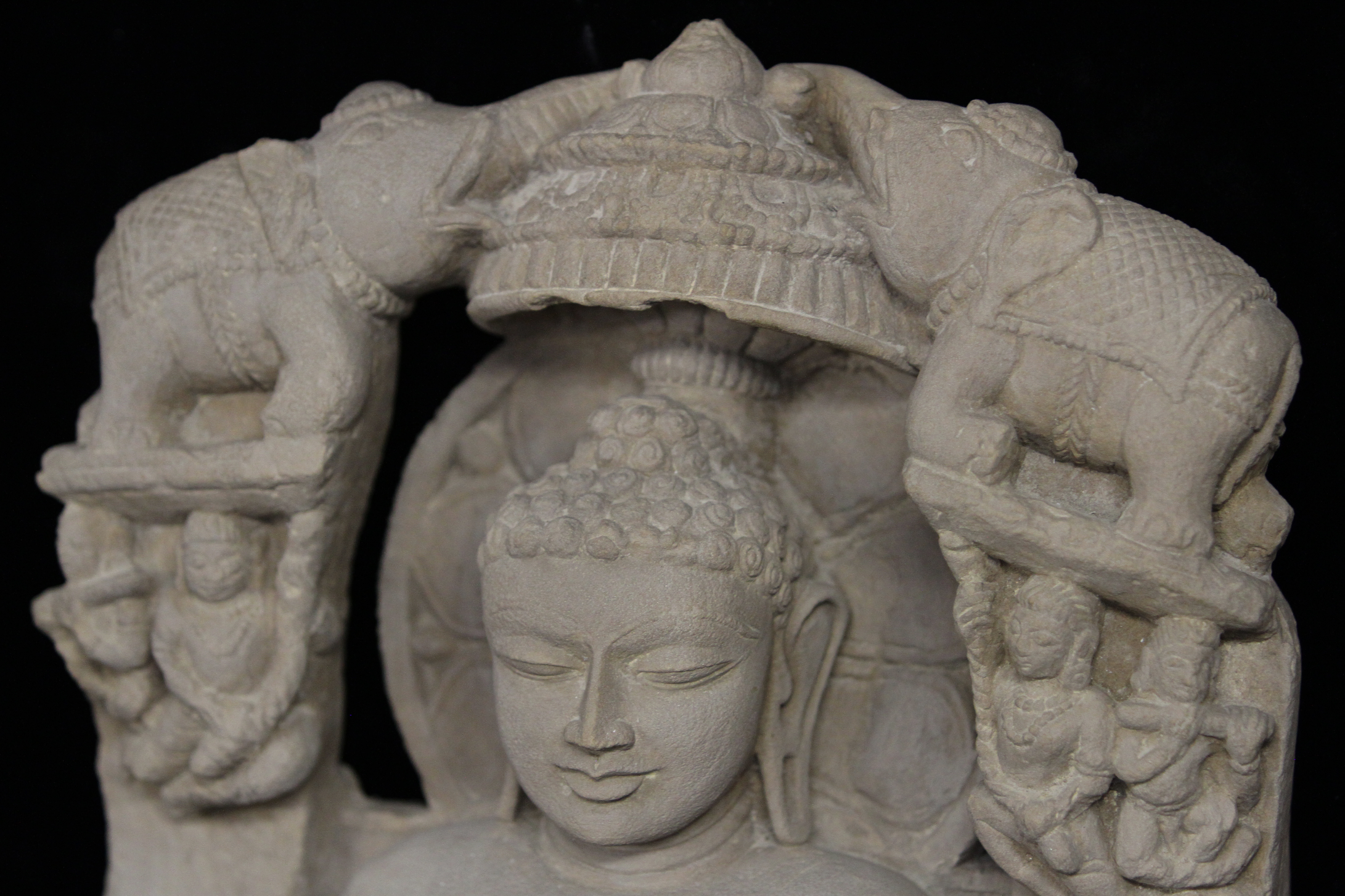 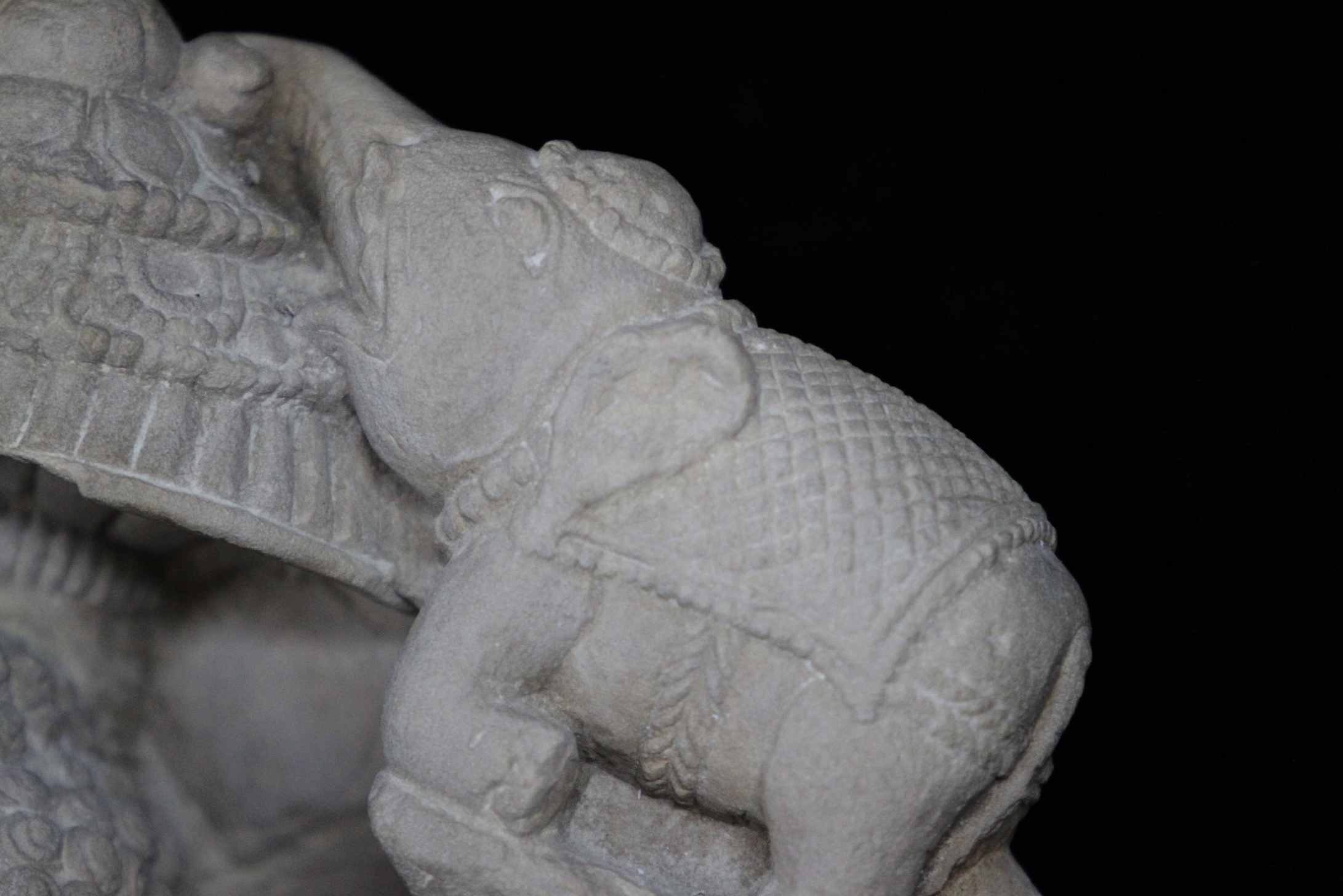 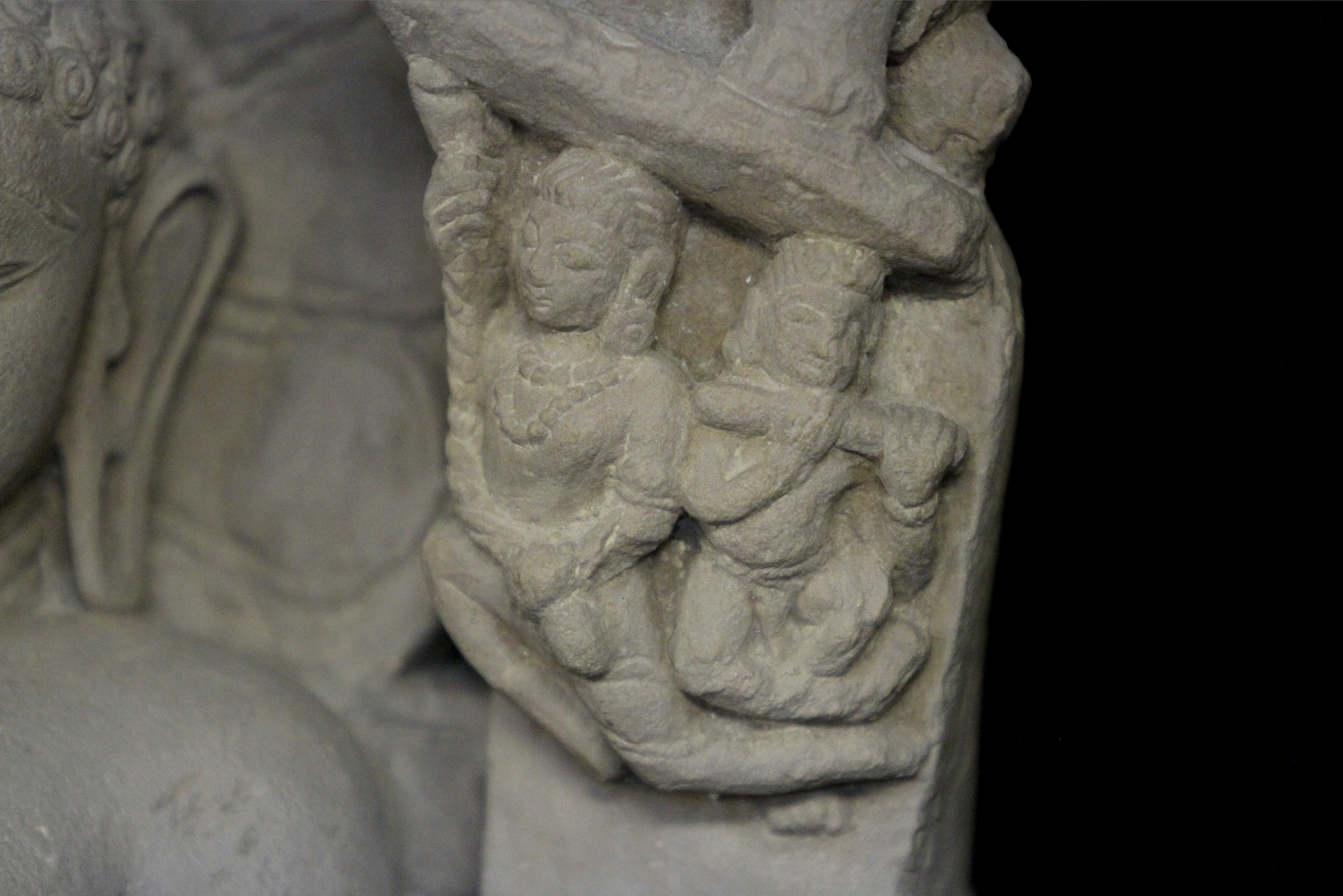 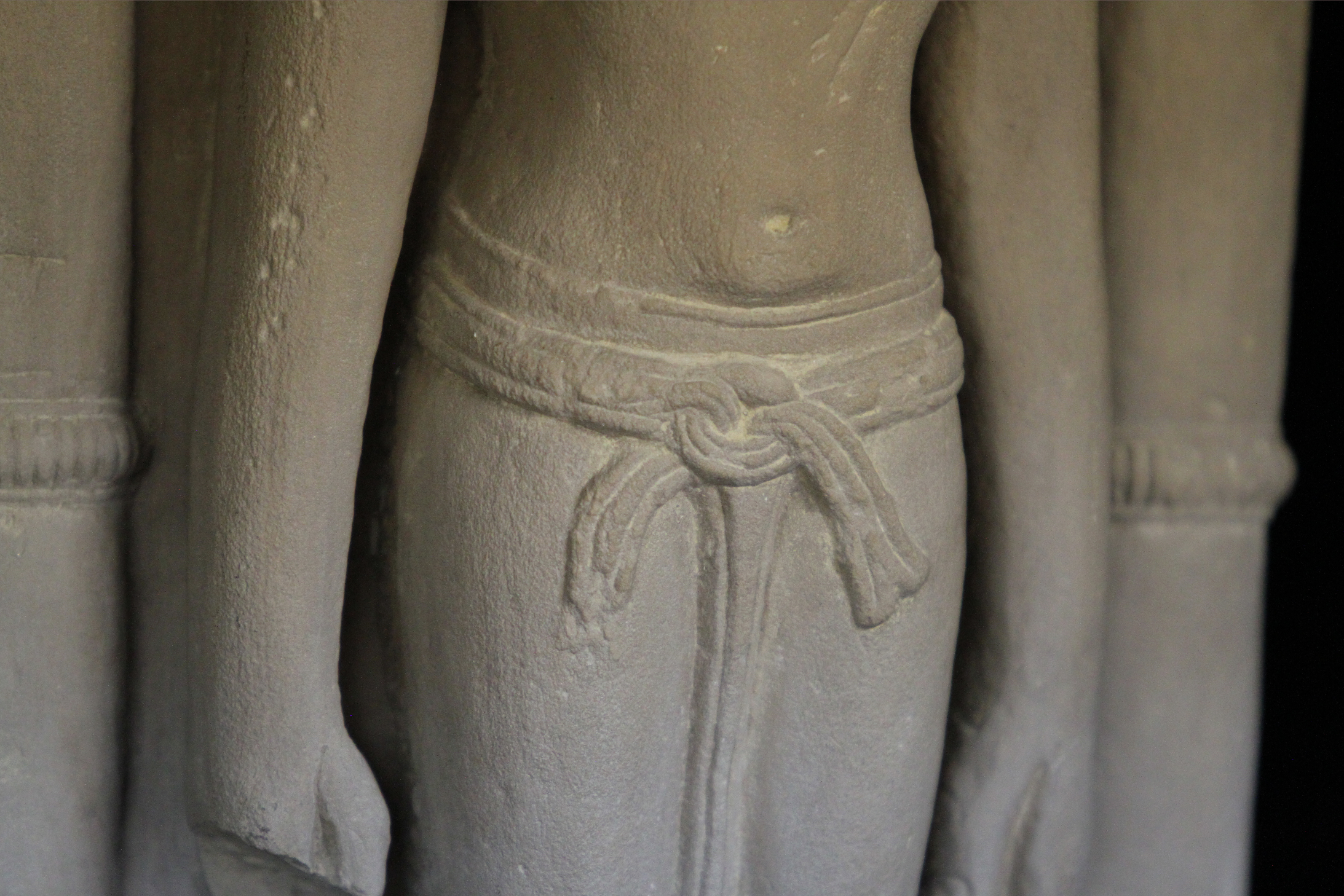 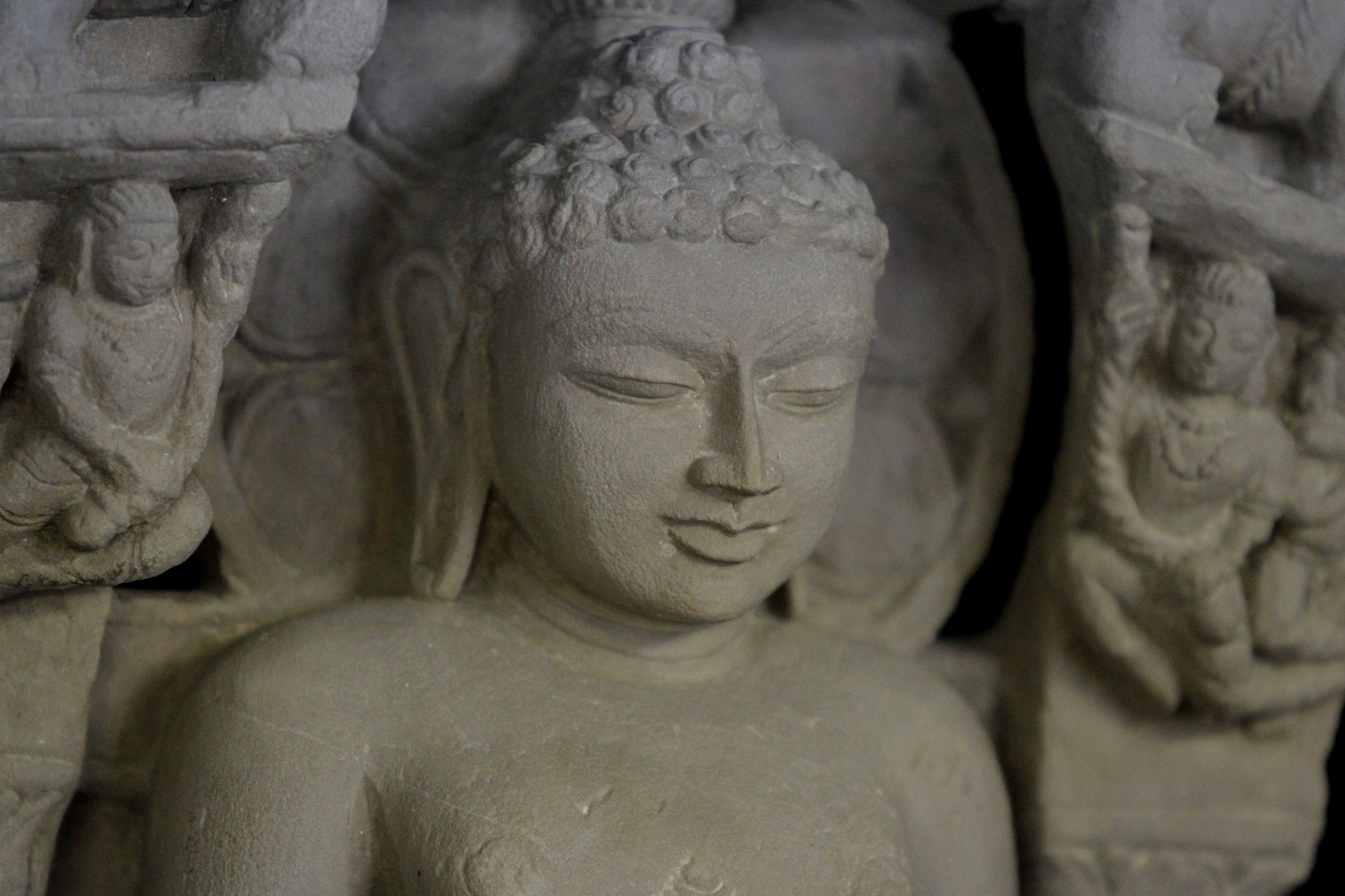 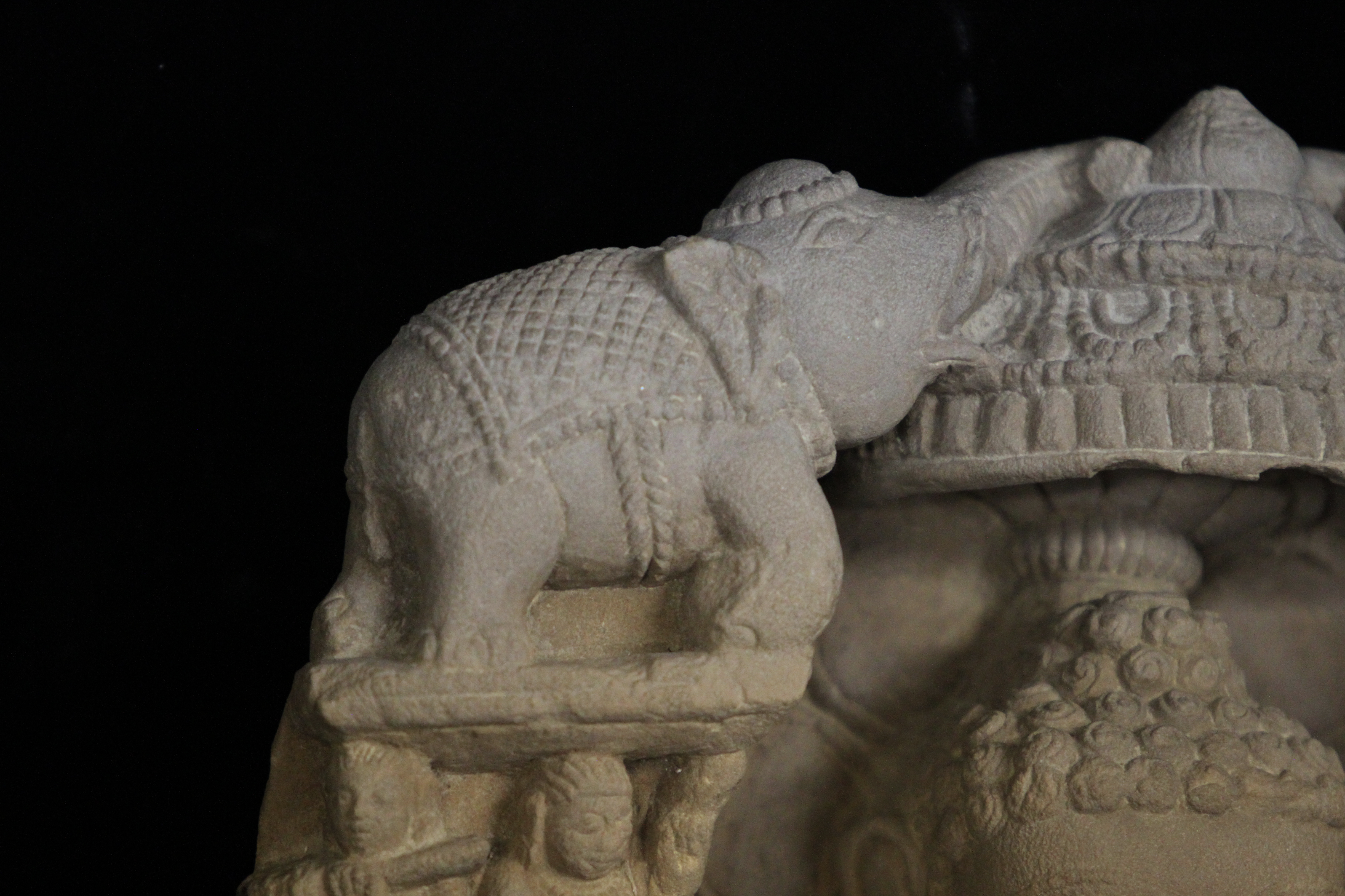 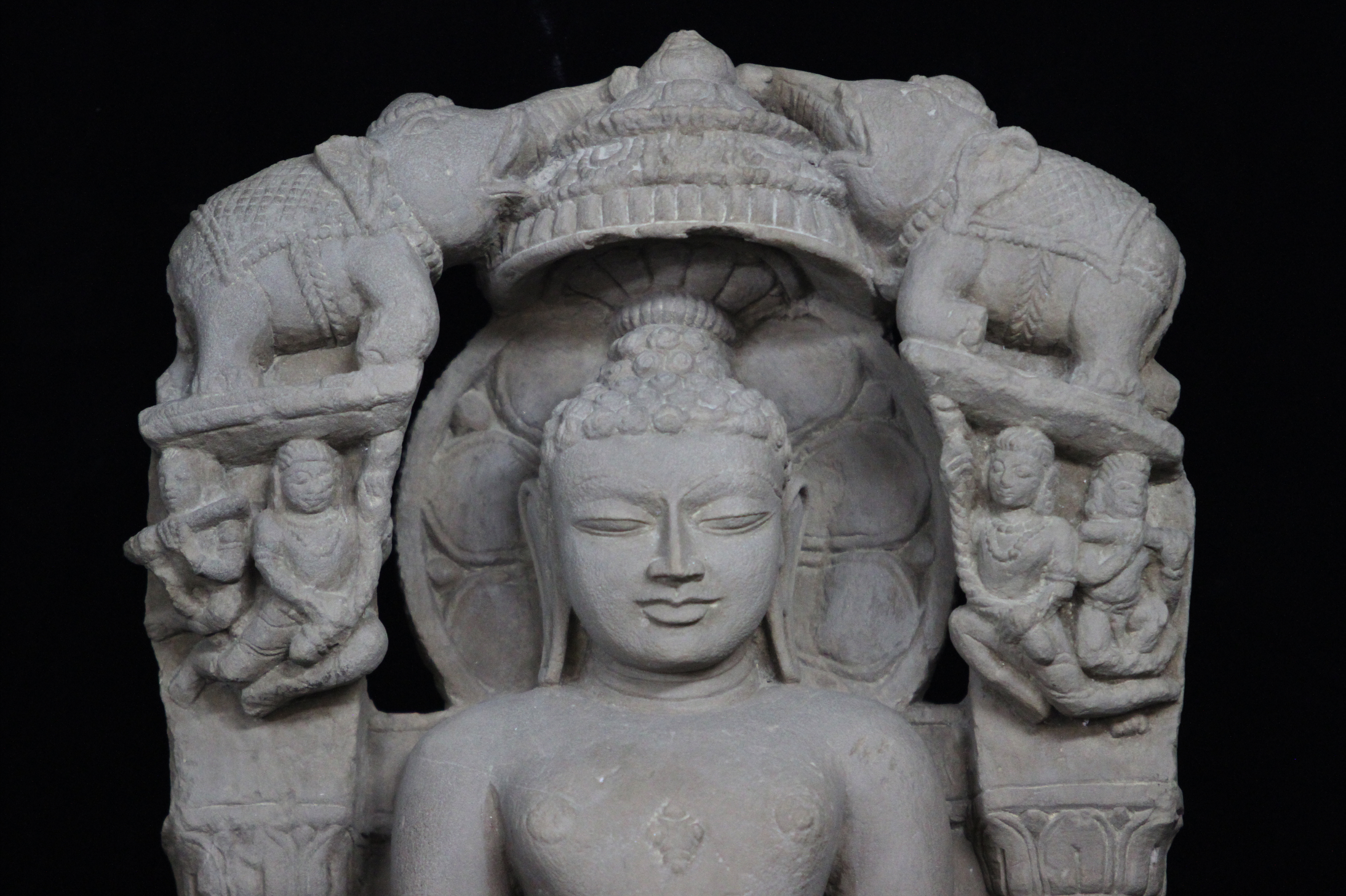 Standing Jain , around him angels , over head elephants