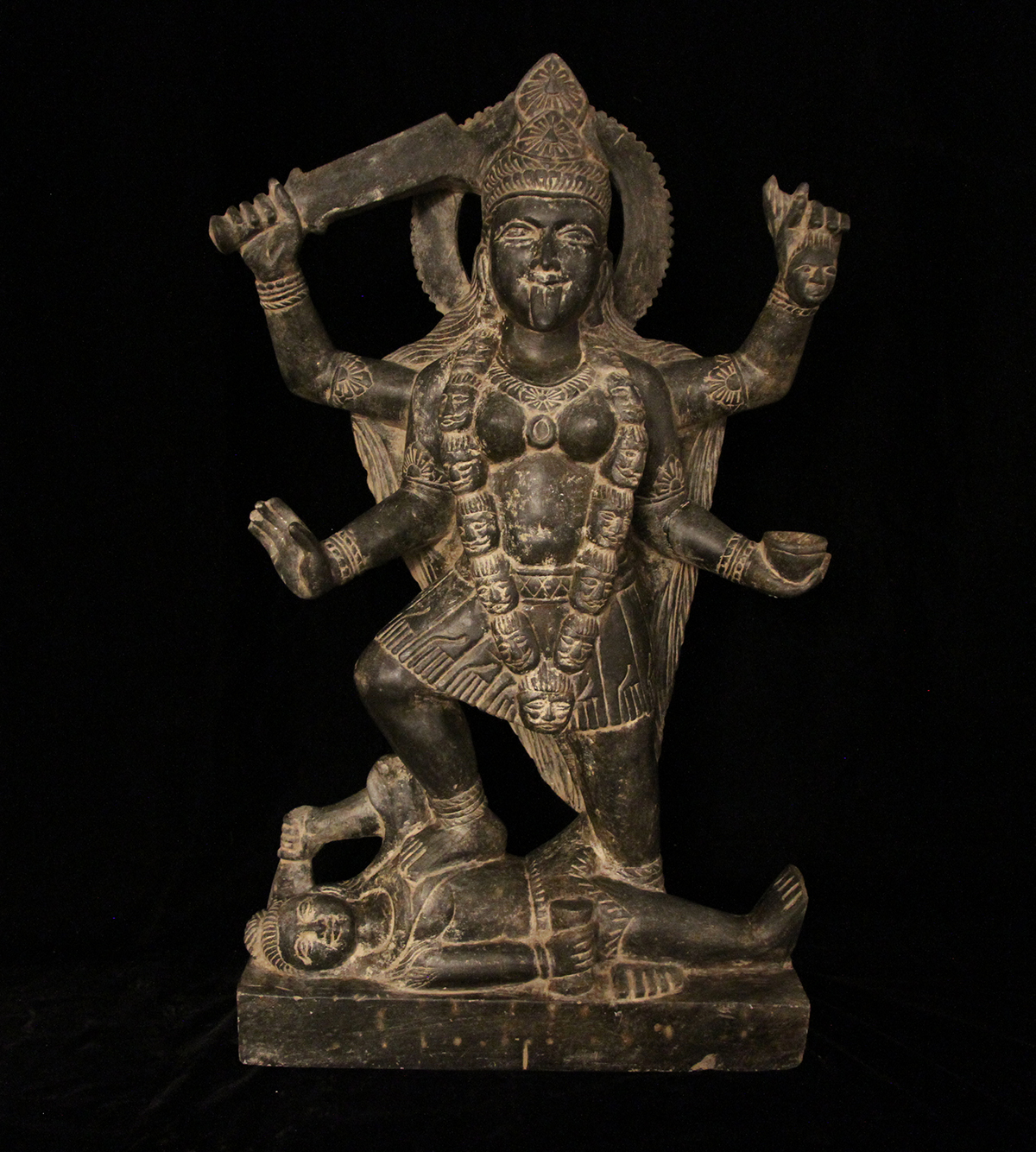 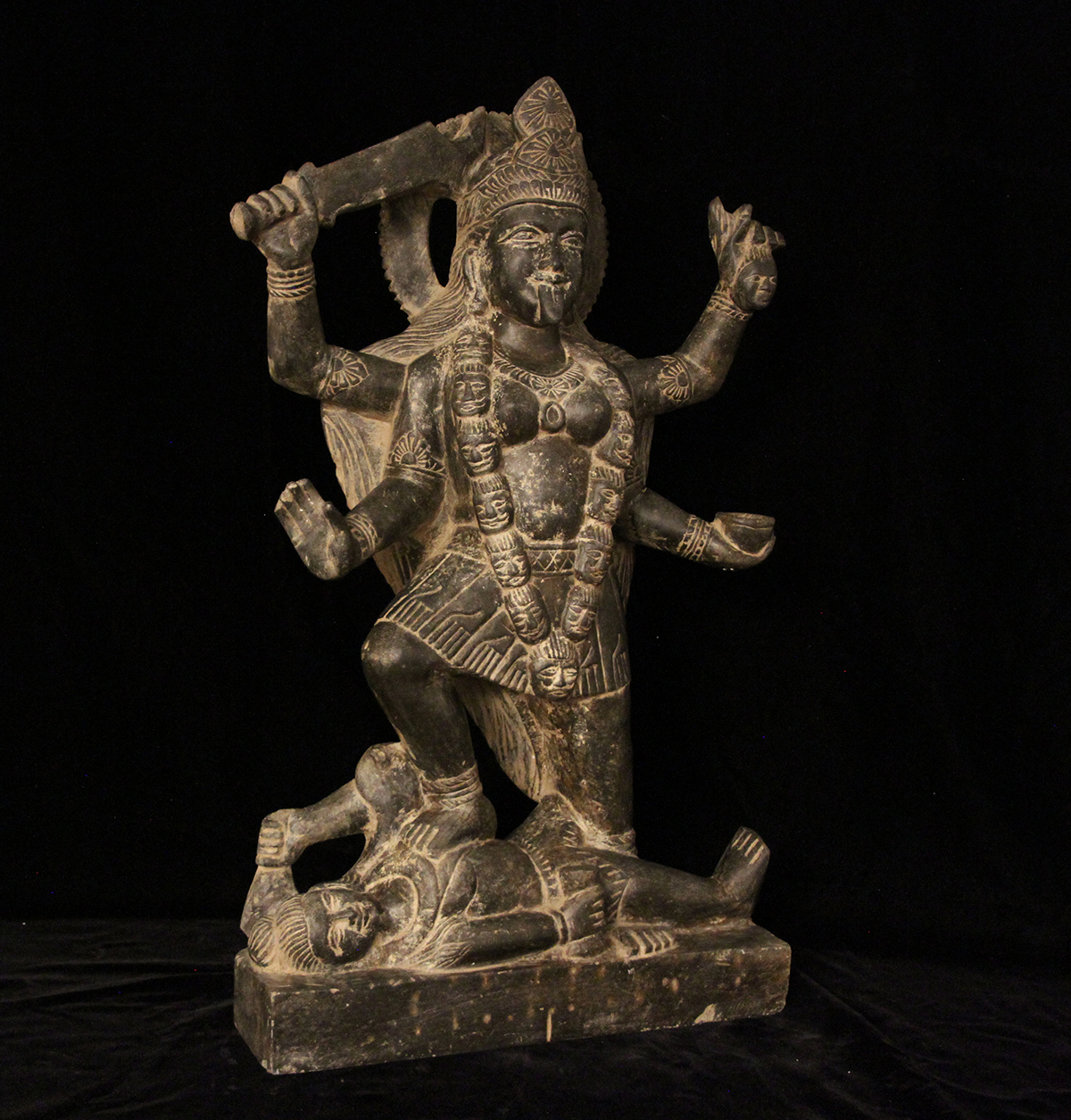 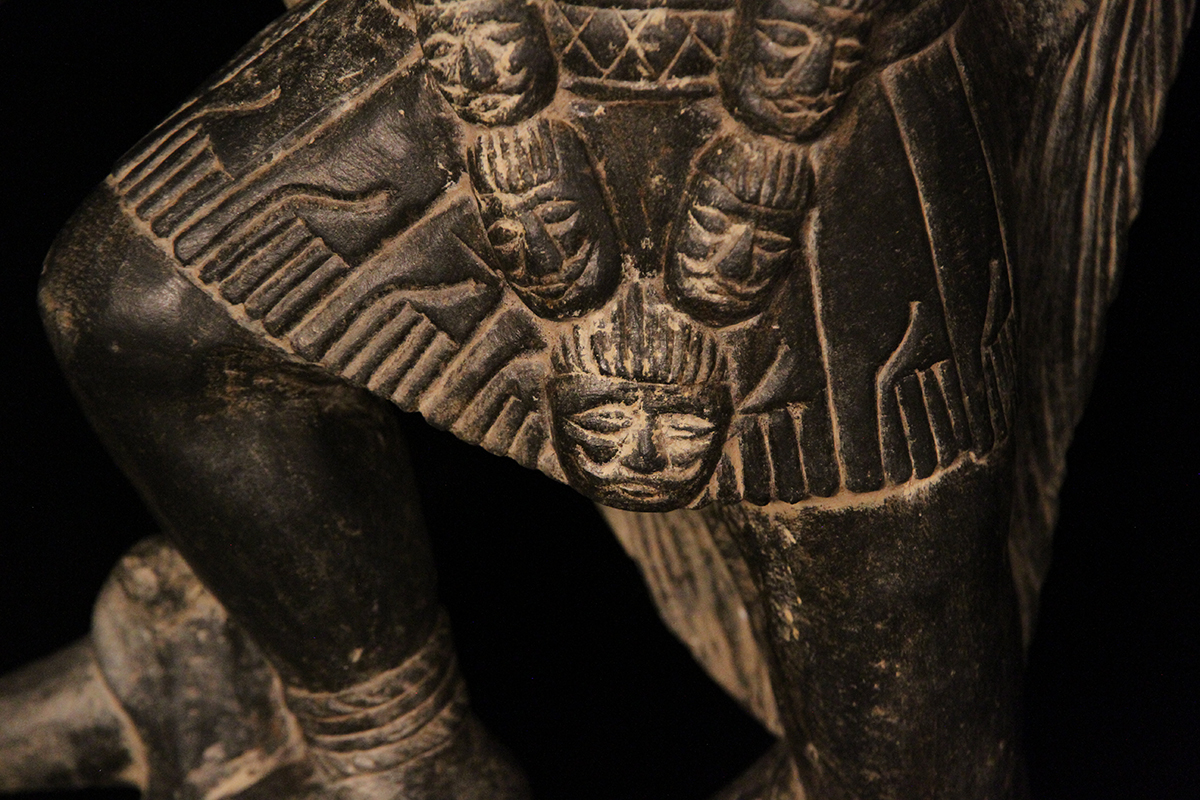 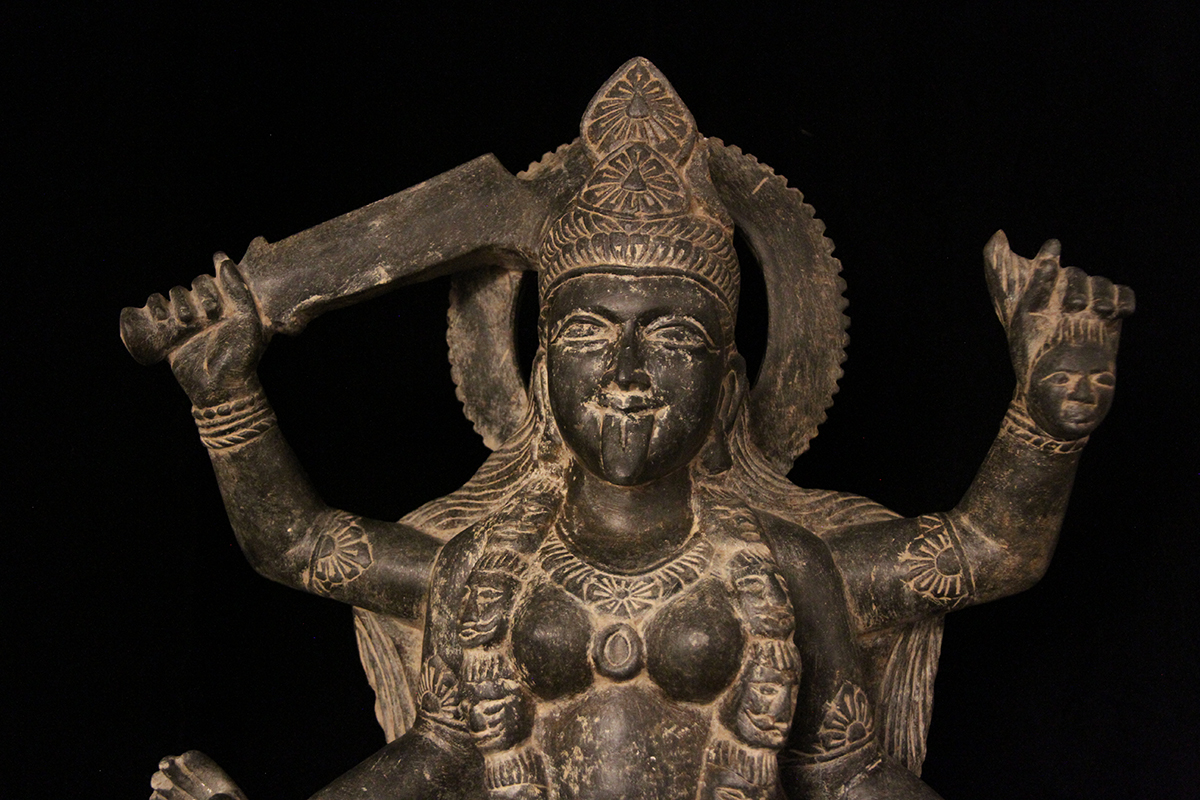 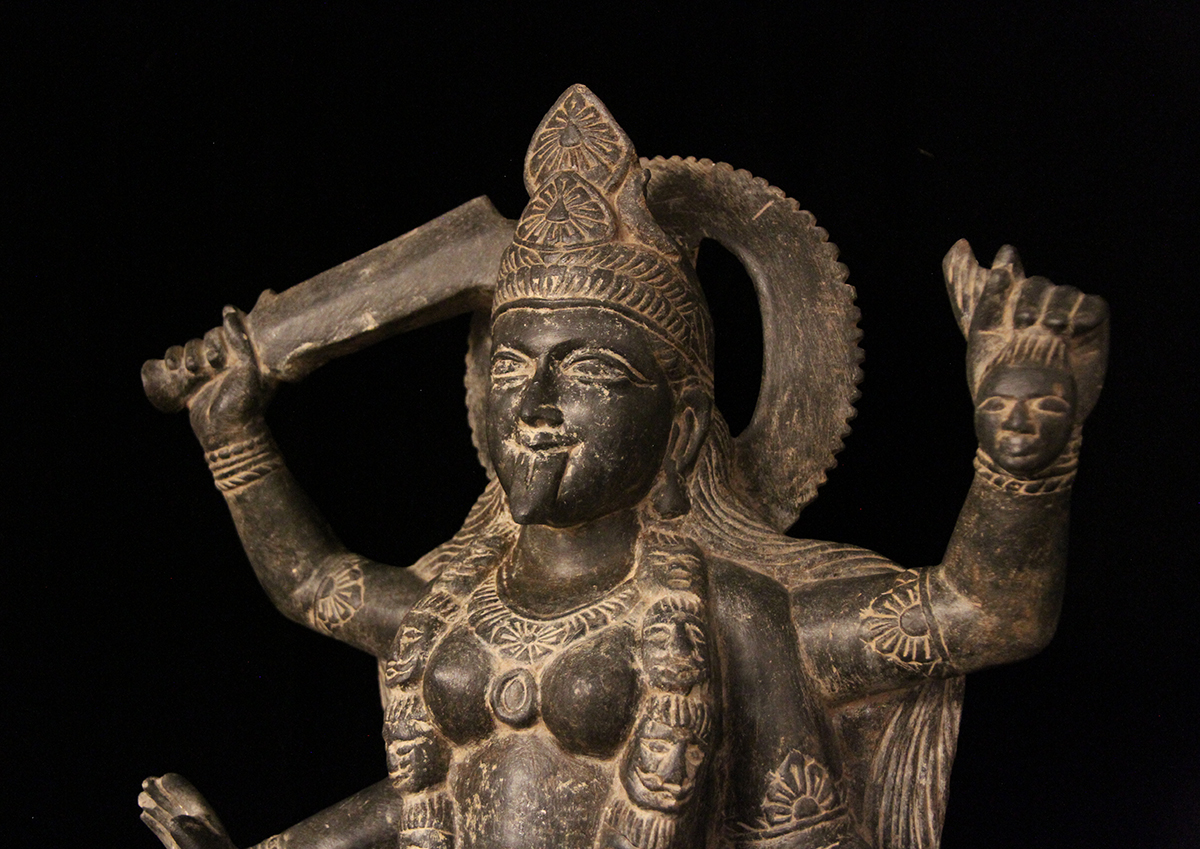 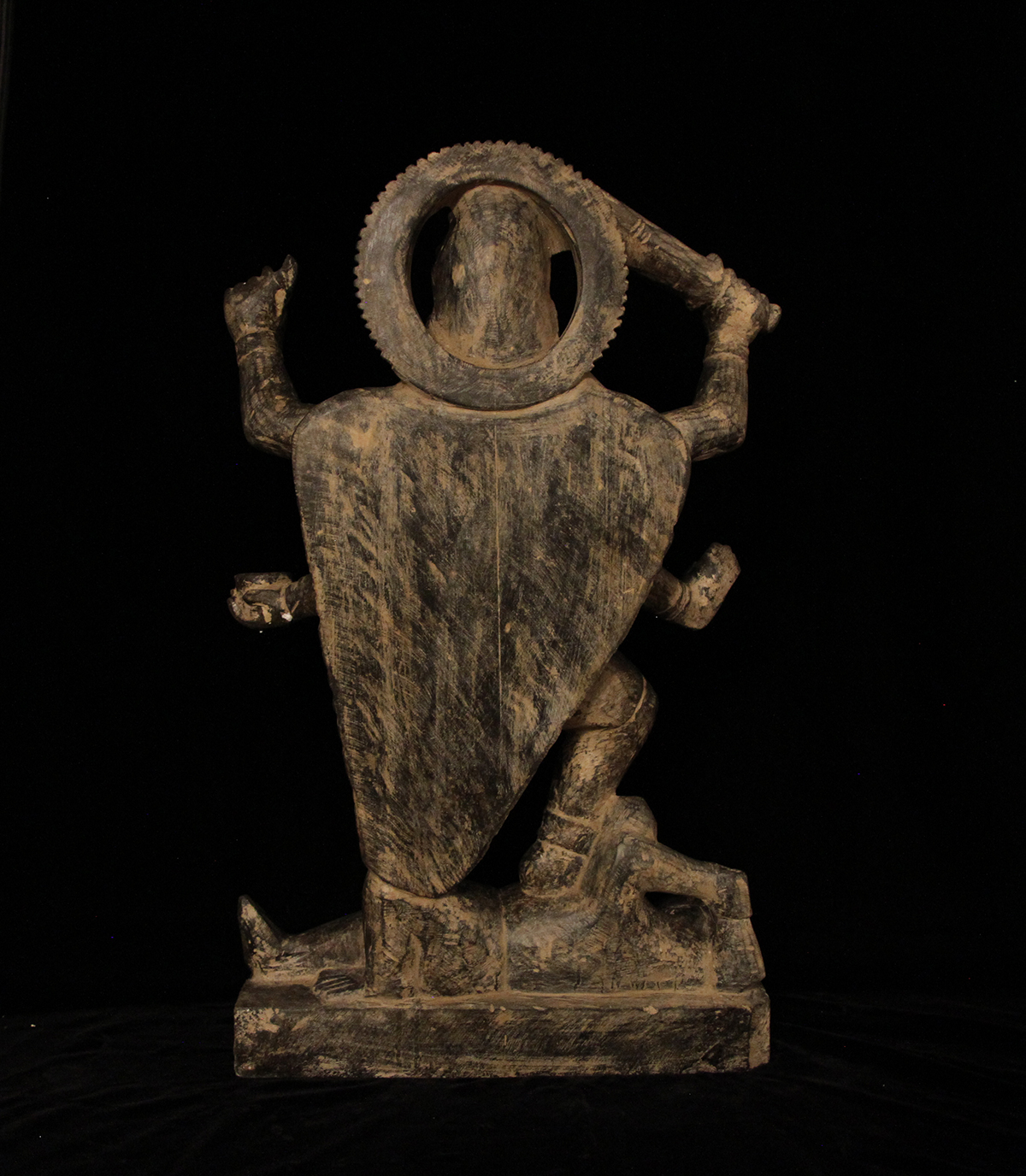 ONE OF HER HANDS WAS BROKEN AND REPAIR

Durga (Hindustani pronunciation: [ˈd̪ʊrɡaː]; Sanskrit: दुर्गा, IAST: Durgā), meaning “the invincible”  is the principal form of the Goddess, also known as Devi and Shakti in Hinduism.  Durga the mahashakti, the form and formless, is the root cause of creation, preservation and annihilation. According to legend, Durga was created for the slaying of the buffalo demon Mahisasura by Brahma, Vishnu, Shiva, and the lesser gods, who were otherwise powerless to overcome him. Embodying their collective energy (shakti), she is both derivative from the male divinities and the manifested representation of their power.

For Shaivas and Shaktas Durga is the wife of Shiva. For Vaishnavas Durga is another name/form of Uma or Parvati.  This is especially prevalent in the Shakta denomination within Hinduism, which worships the Goddess Devi in all her manifestations. She is Goddess Lakshmi and Goddess Saraswatiin her mild form; Goddess Kali and Goddess Chandi in her wrathful form. She is the intelligence in all beings and is referred as Chamundhaye. Durga is also called Padmanabha-Sahodari and Narayani, the sister of Lord Vishnu. To bring back lord Shiva in Sansar, she was reborn in human form (Sati and Parvati) to marry Shiva. Durga gave birth to his first child Kartikeya. Durga Puja, held annually in her honour, is one of the great festivals of eastern India.