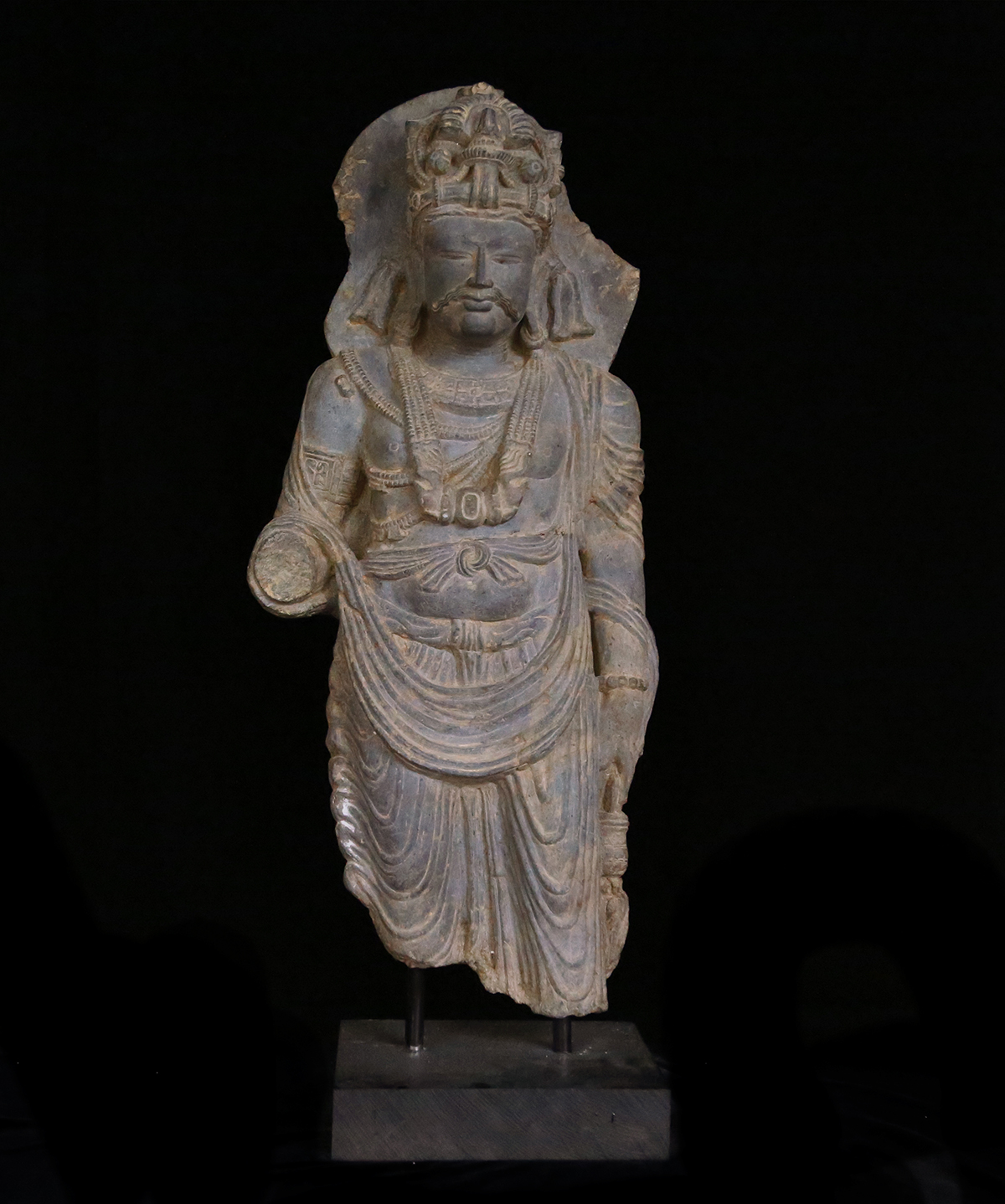 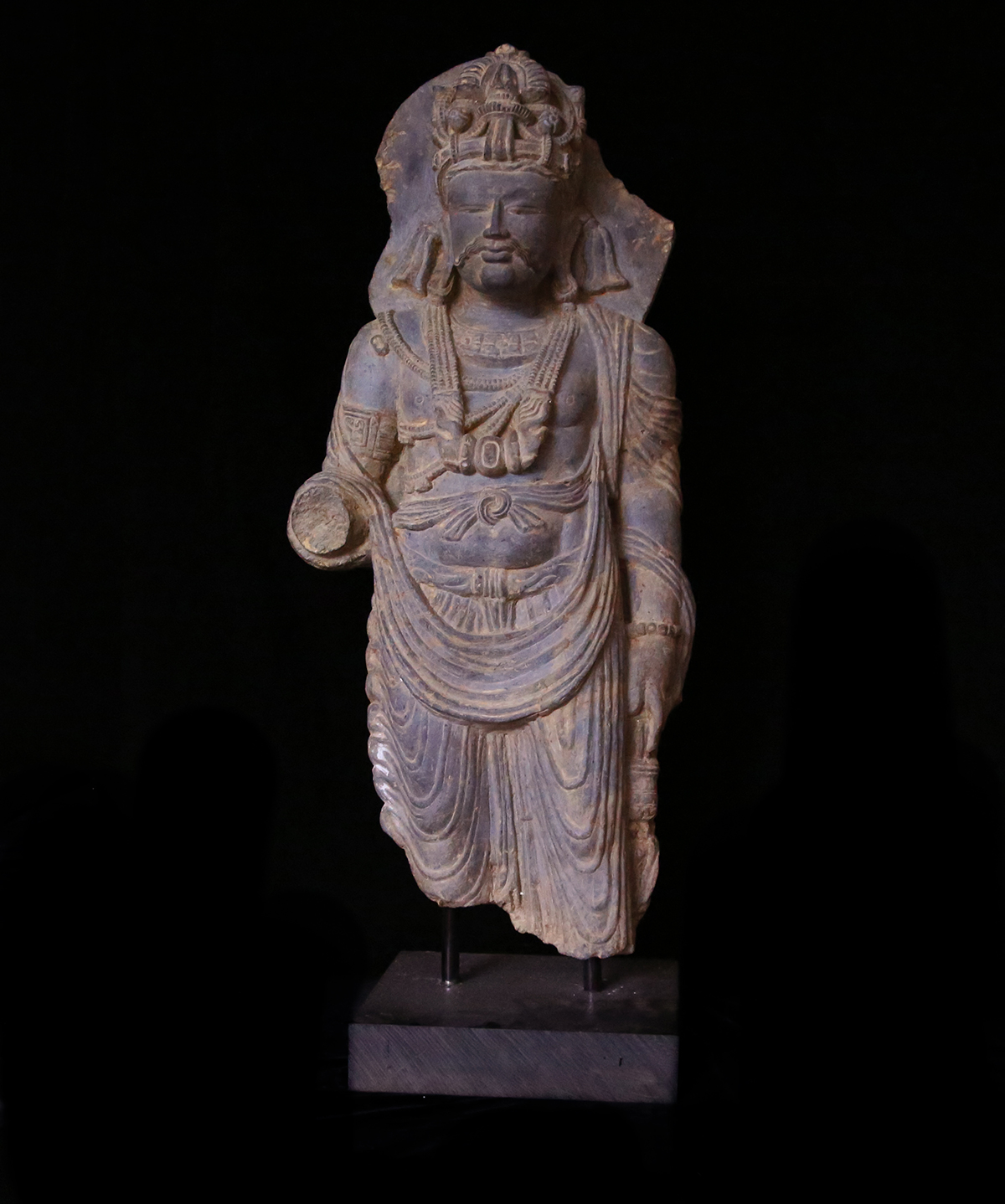 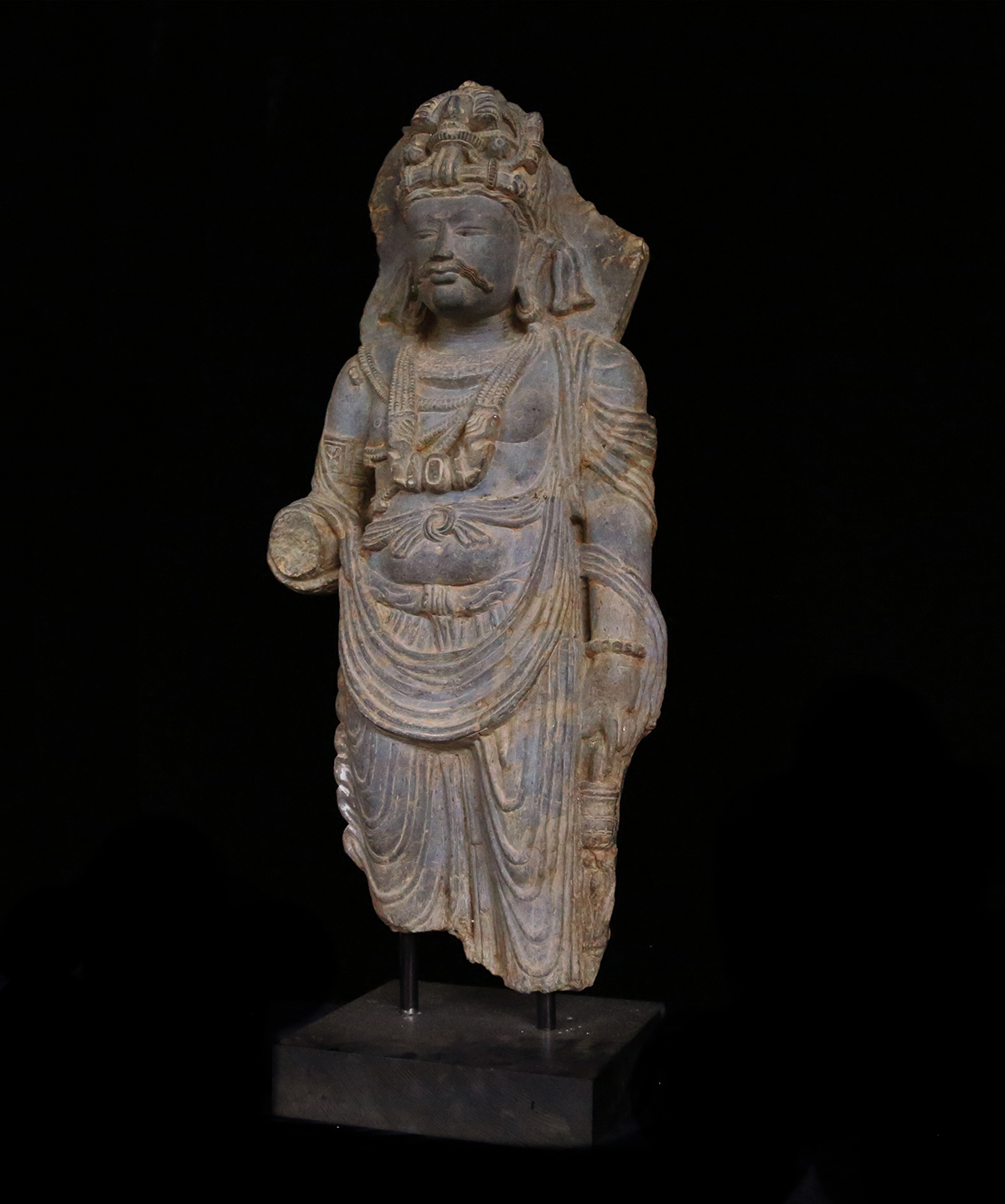 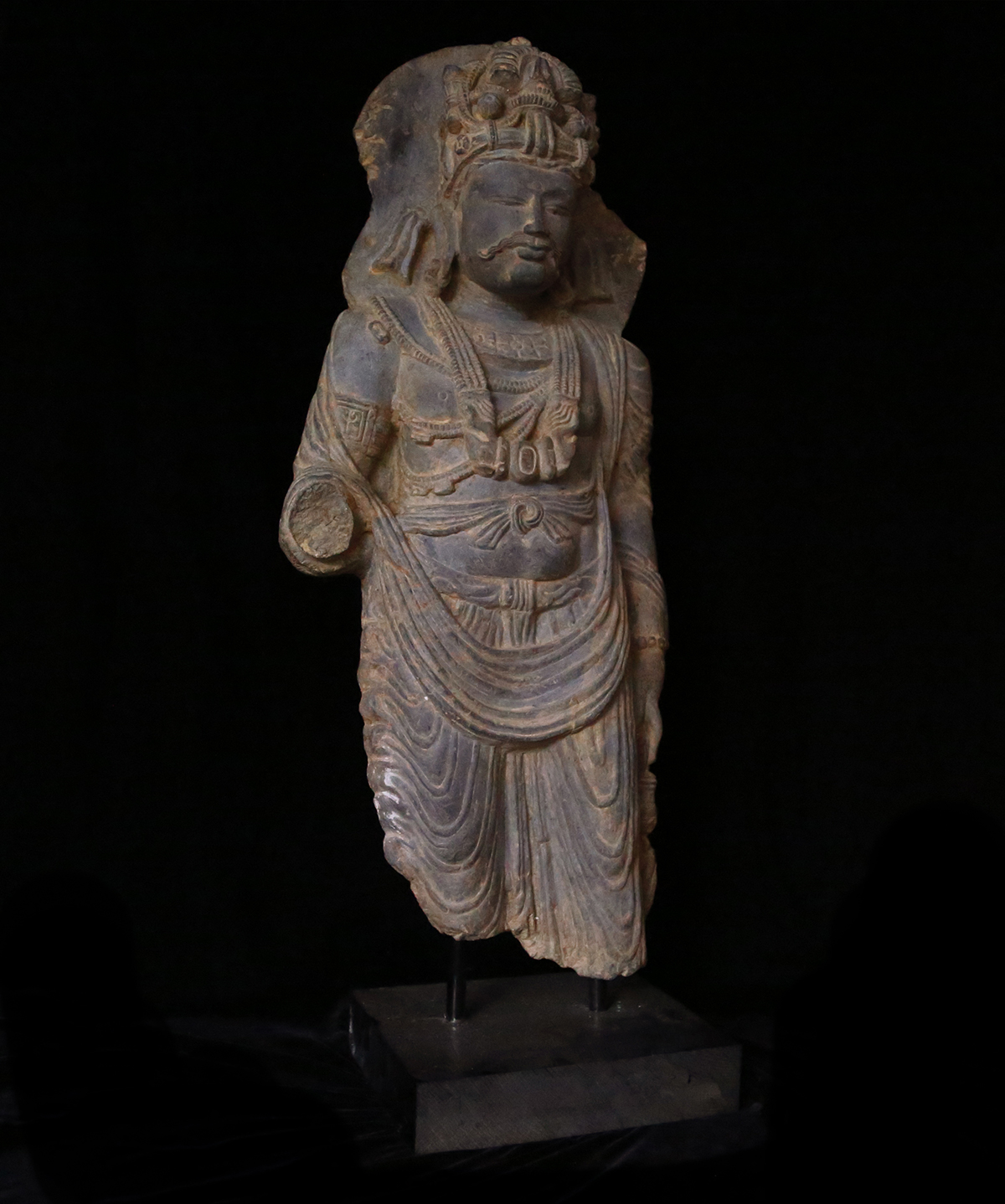 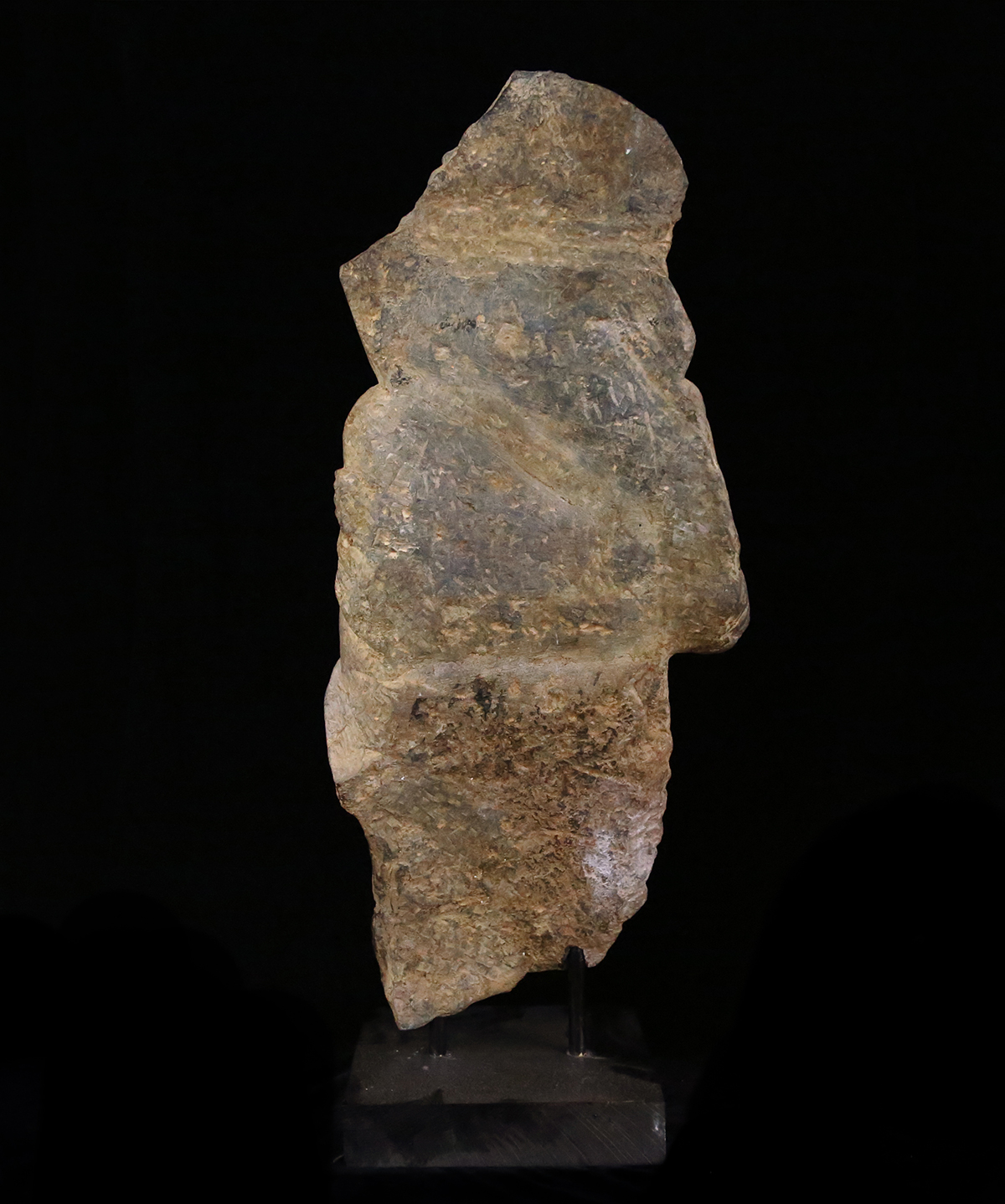 Origin origin; say too be from the indian border with pakistan ,on the indian side
Period Gandhara , 2~3c.
Price SOLD

Few repairs can be seen on the image from the back side(as it is a very good repair, it can be hardly seen on the front side)