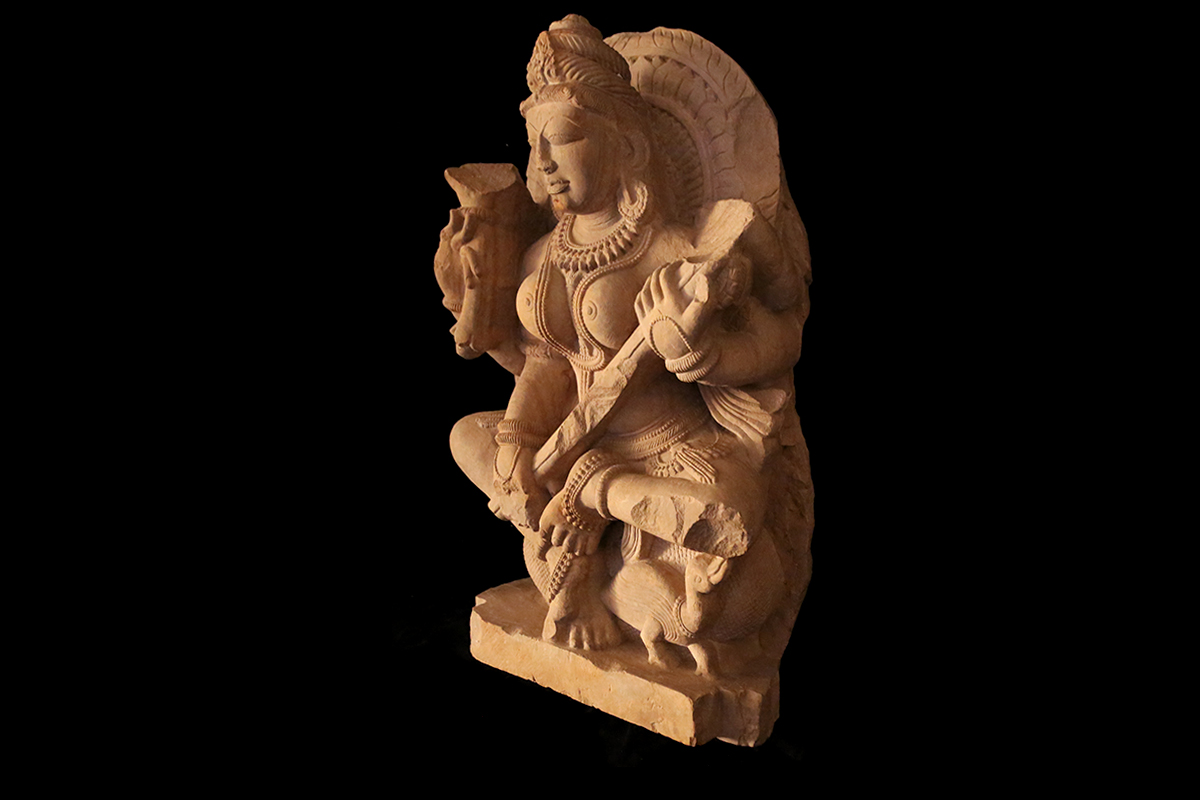 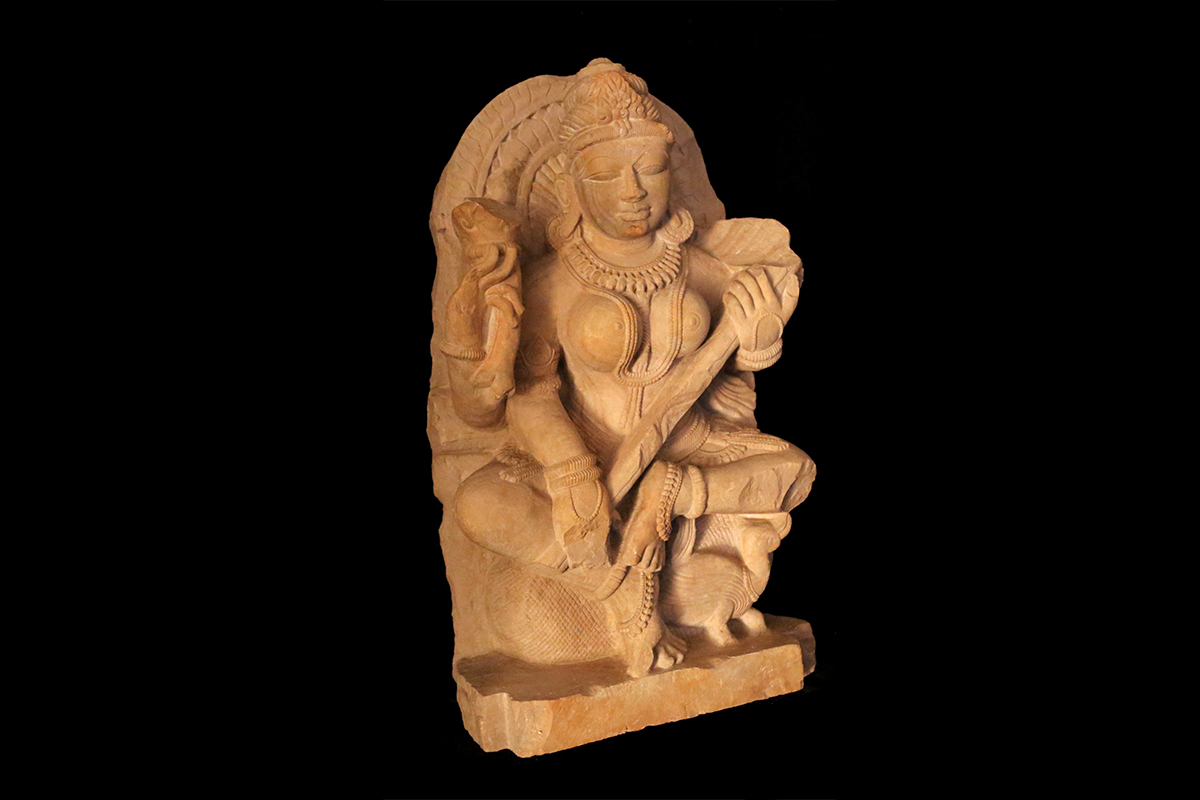 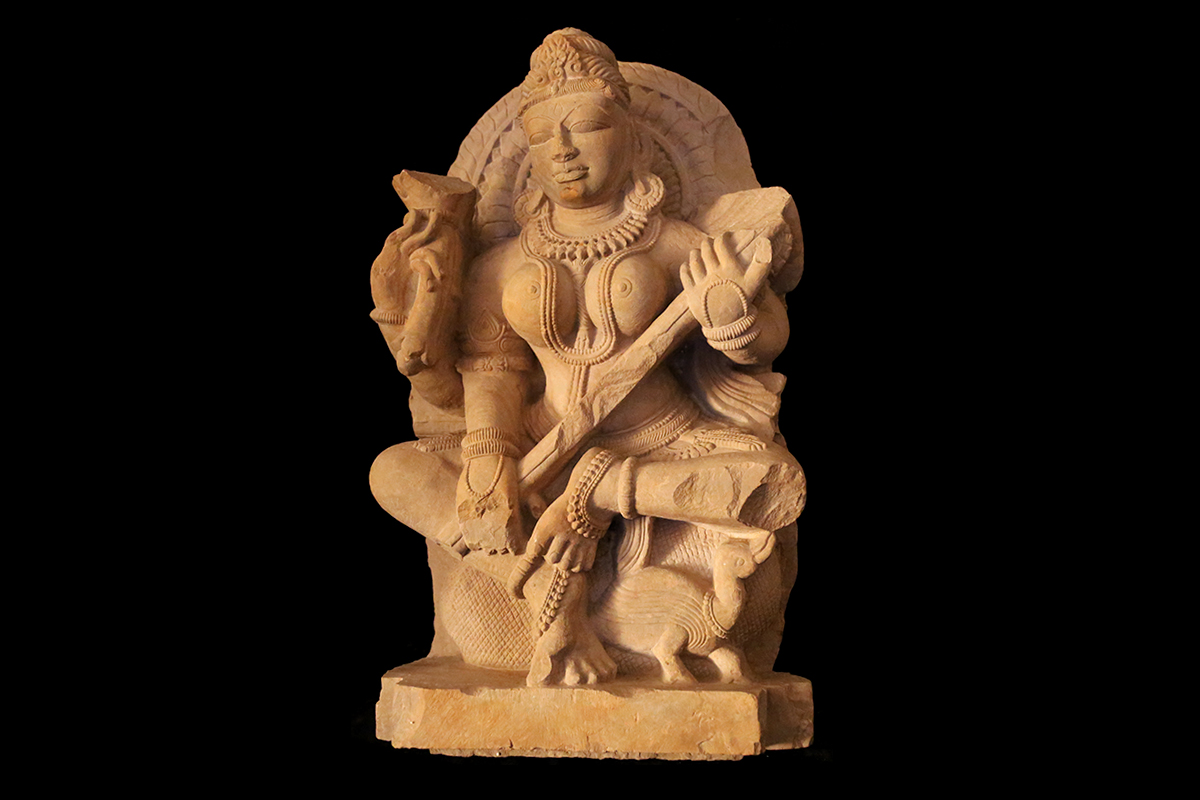 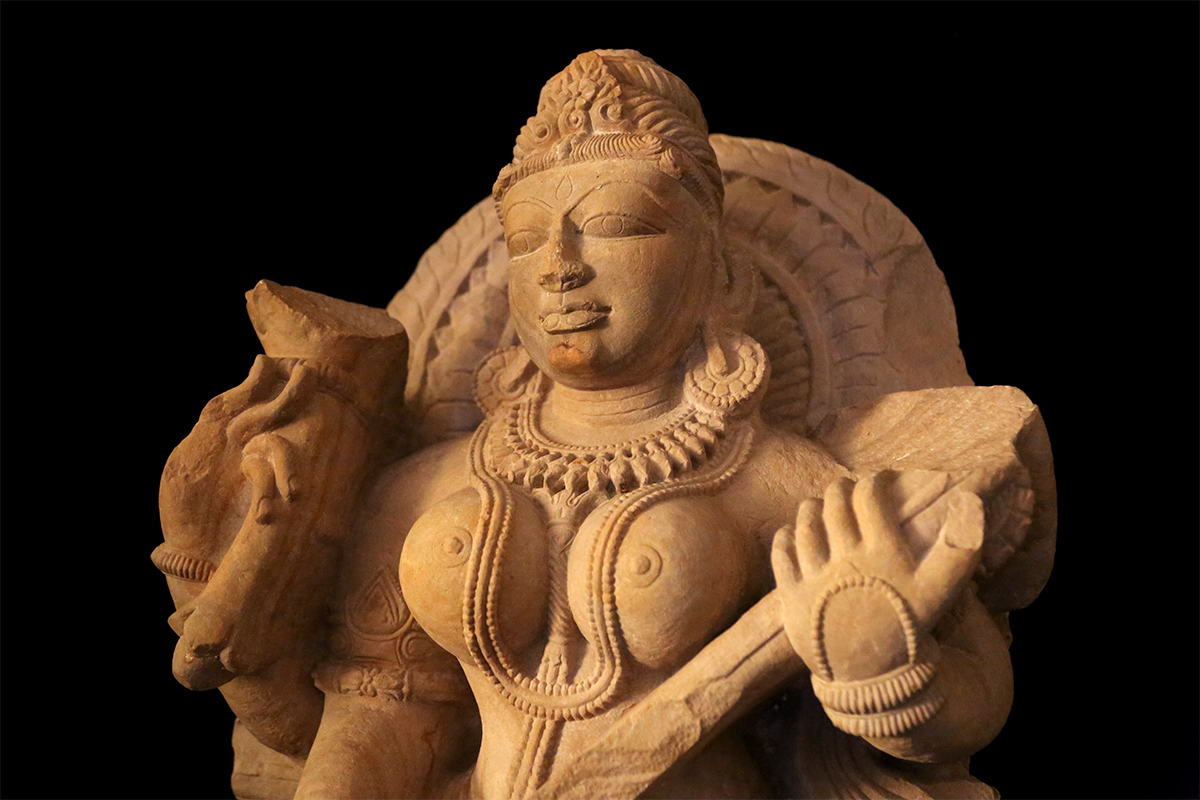 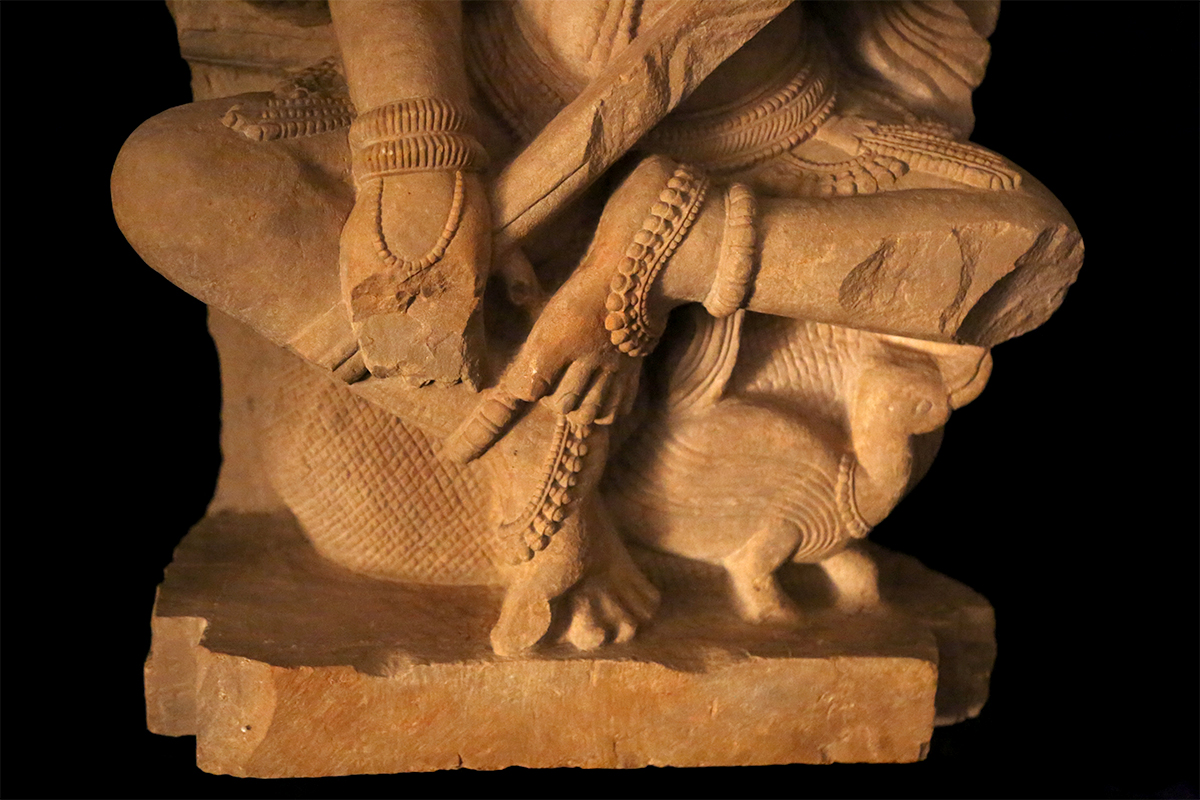 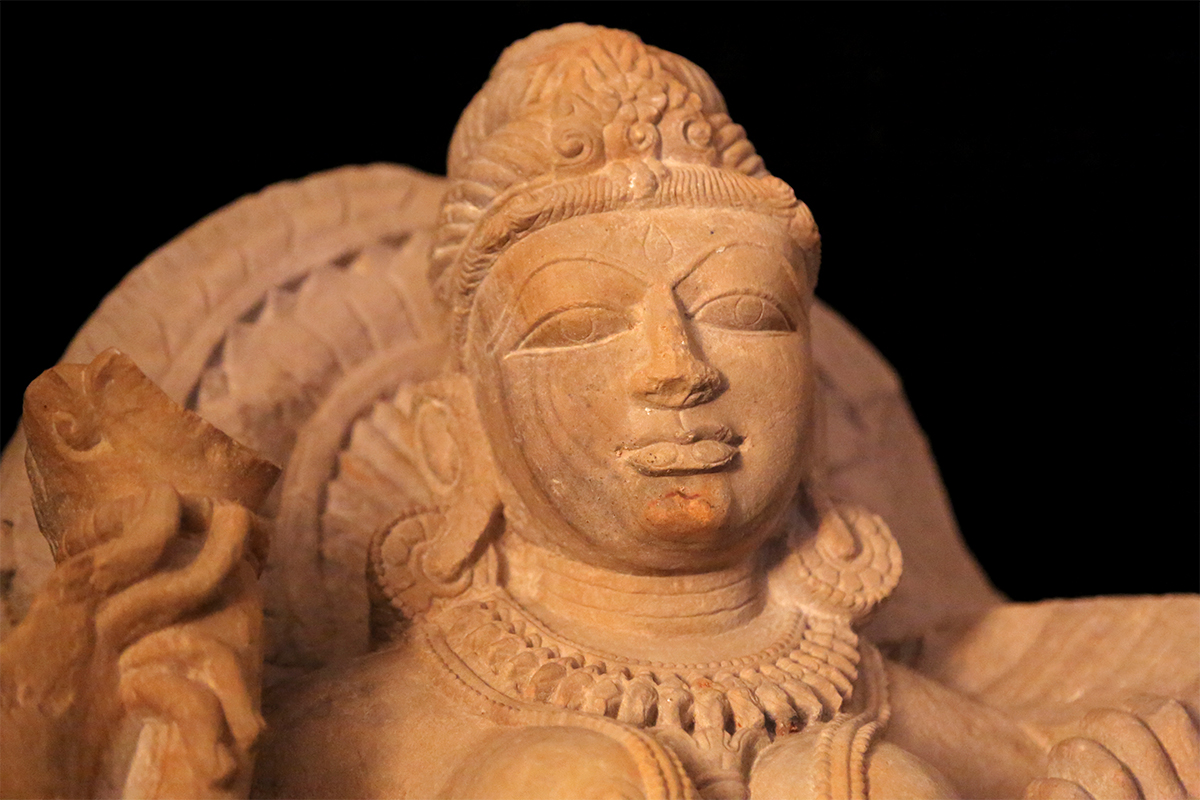 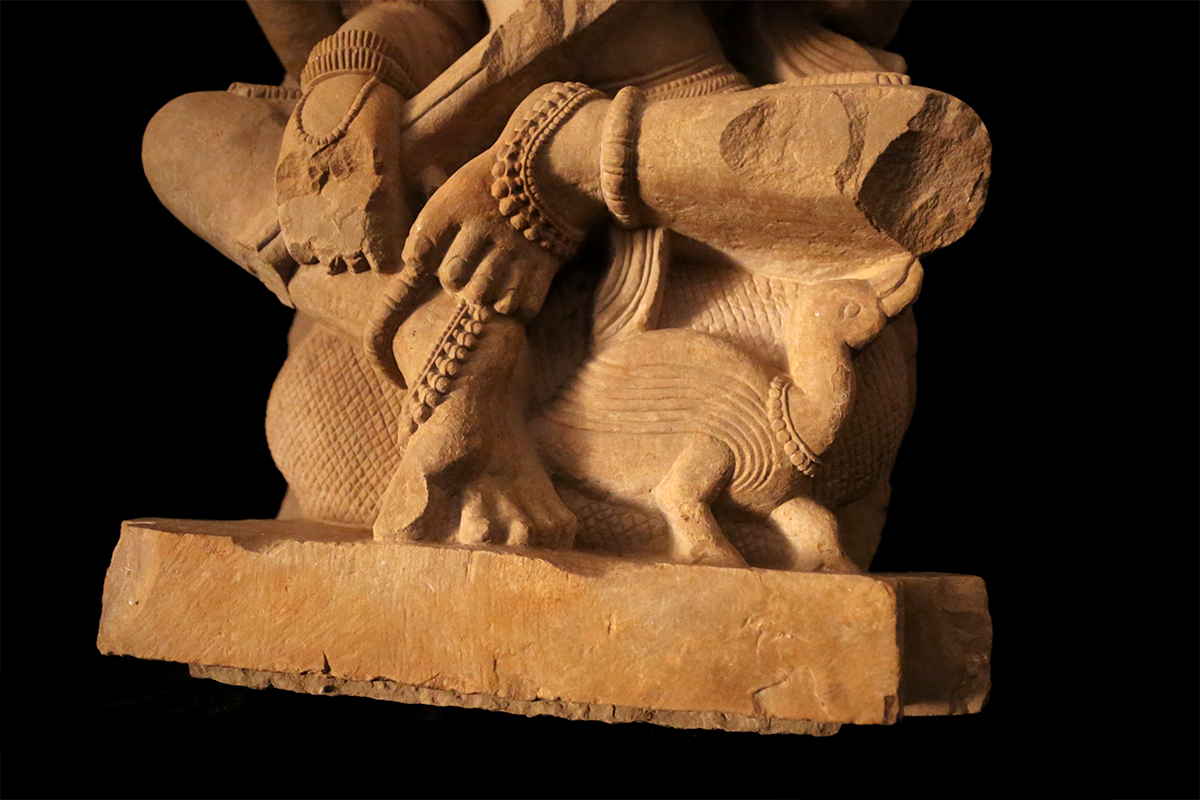 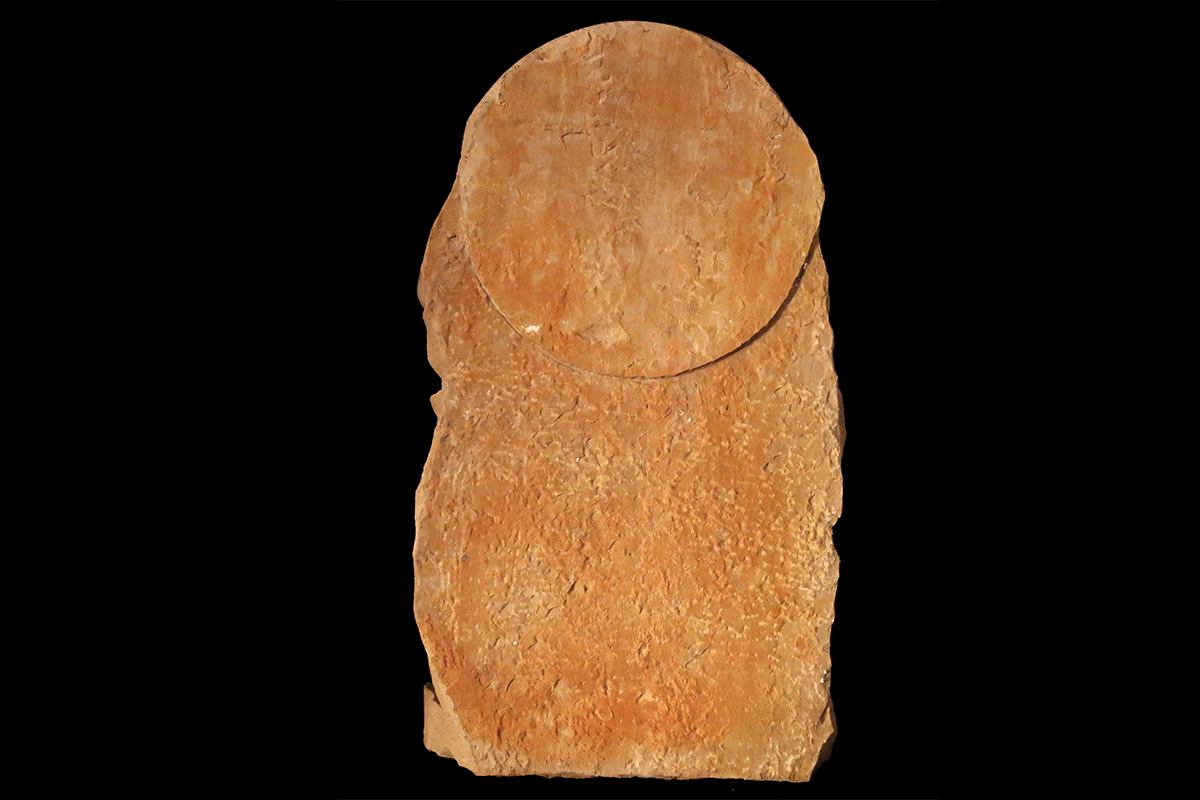 Sitting Saraswati (the god of education )

Saraswati (Sanskrit: सरस्वती, Sarasvatī) is the Hindu goddess of knowledge, music, arts, wisdom and learning.  She is a part of the trinity of Saraswati, Lakshmi and Parvati. All the three forms help the trinity of Brahma, Vishnu and Shiva to create, maintain and regenerate-recycle the Universe respectively.

The earliest known mention of Saraswati as a goddess is in Rigveda. She has remained significant as a goddess from the Vedic age through modern times of Hindu traditions. Some Hindus celebrate the festival of Vasant Panchami (the fifth day of spring) in her honour,  and mark the day by helping young children learn how to write alphabets on that day.   The Goddess is also revered by believers of the Jainreligion of west and central India,  as well as some Buddhist sects.