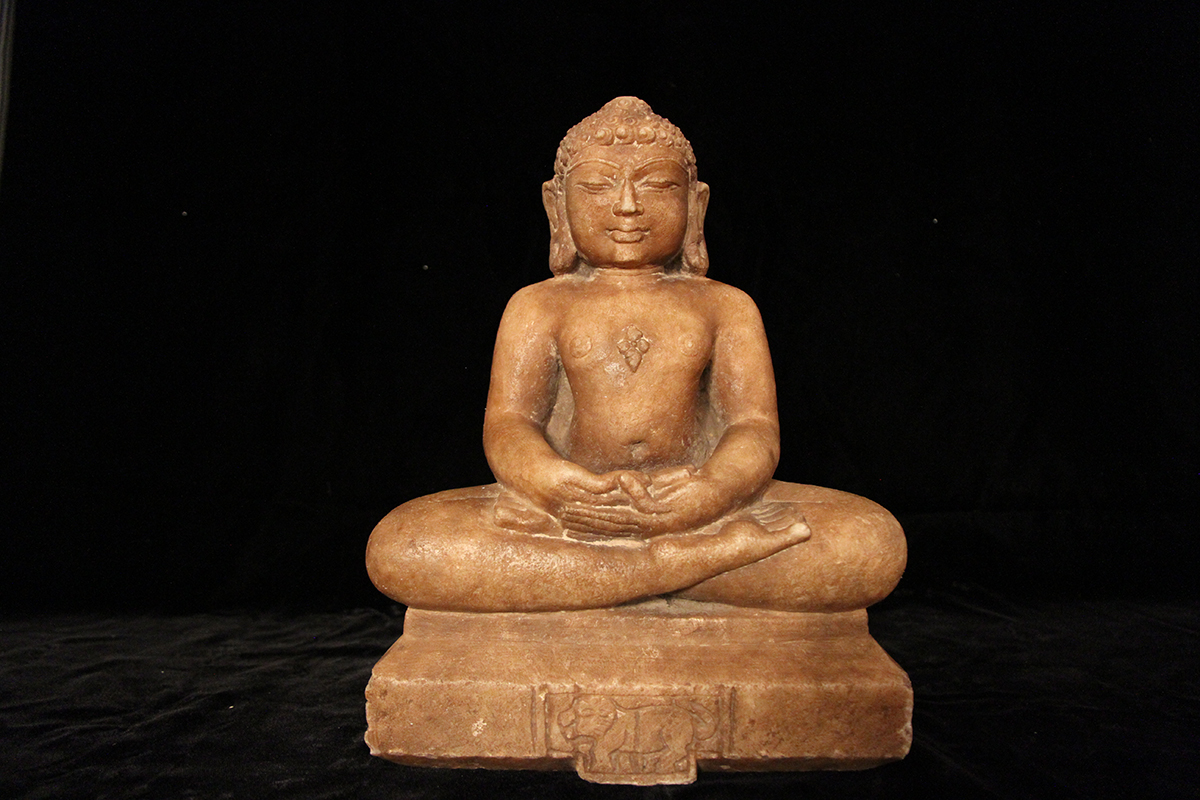 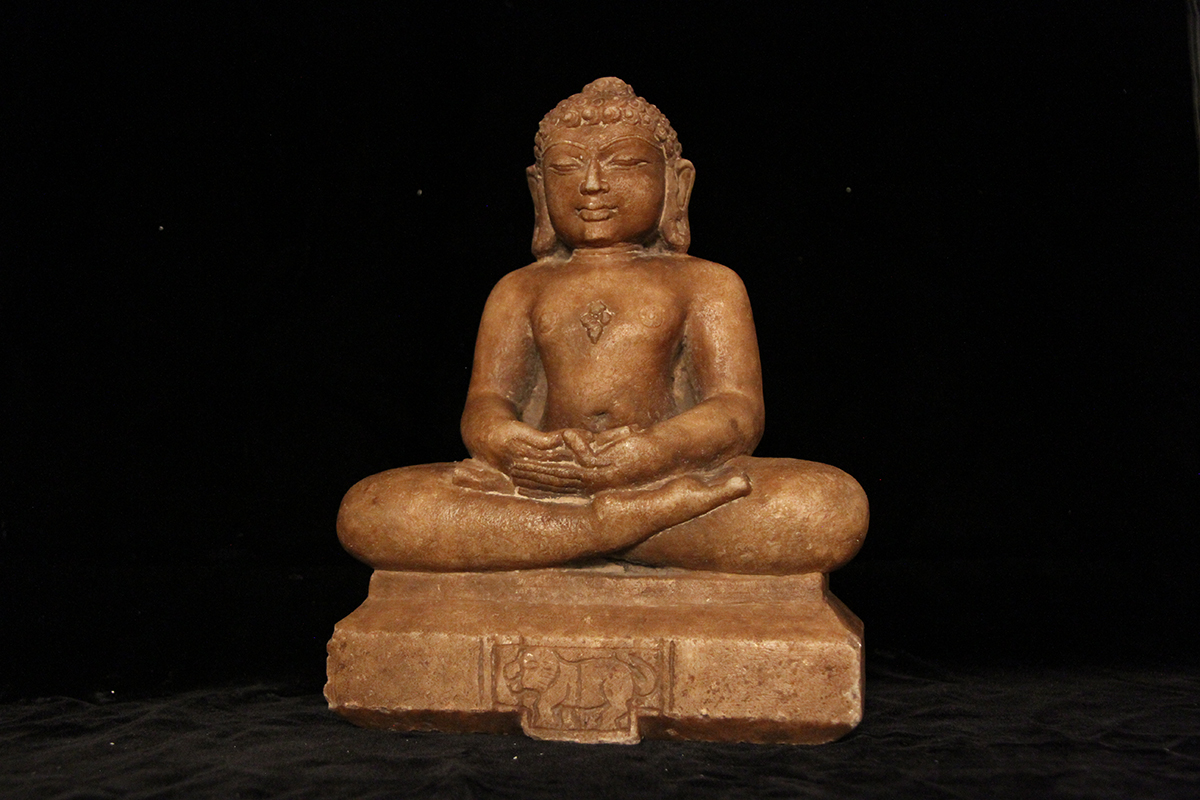 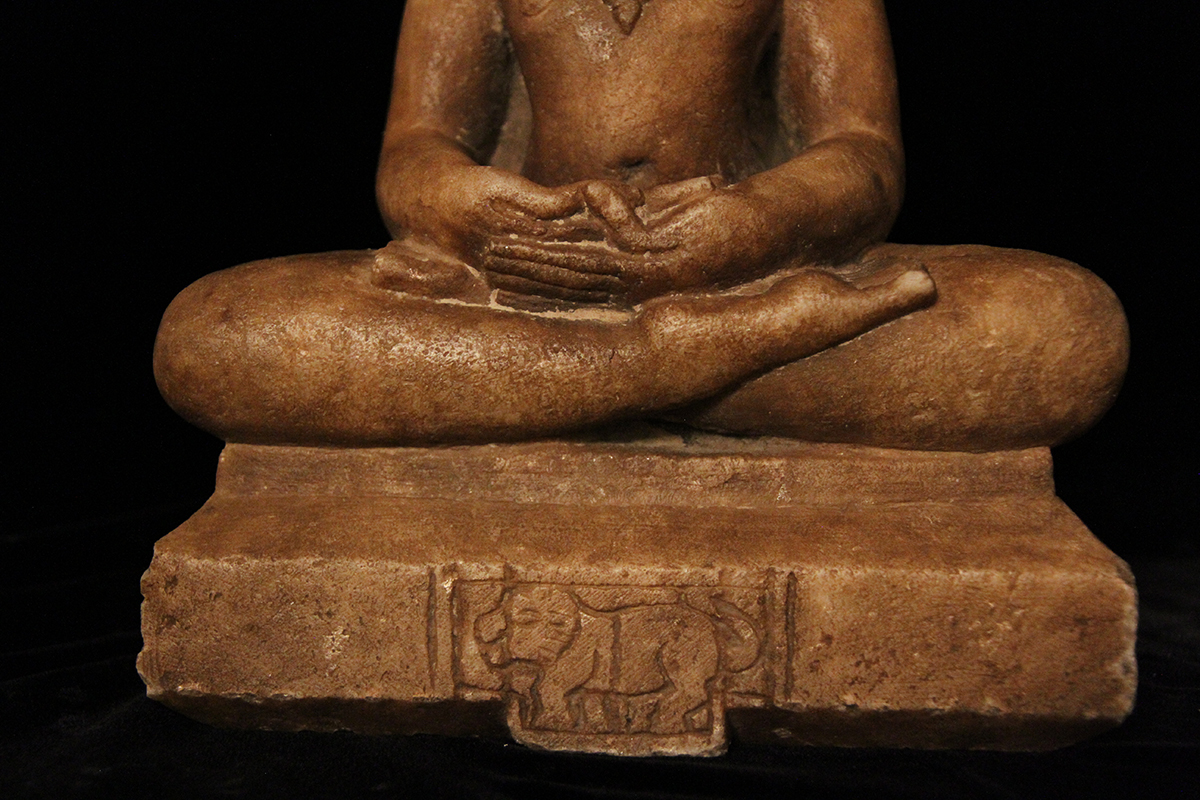 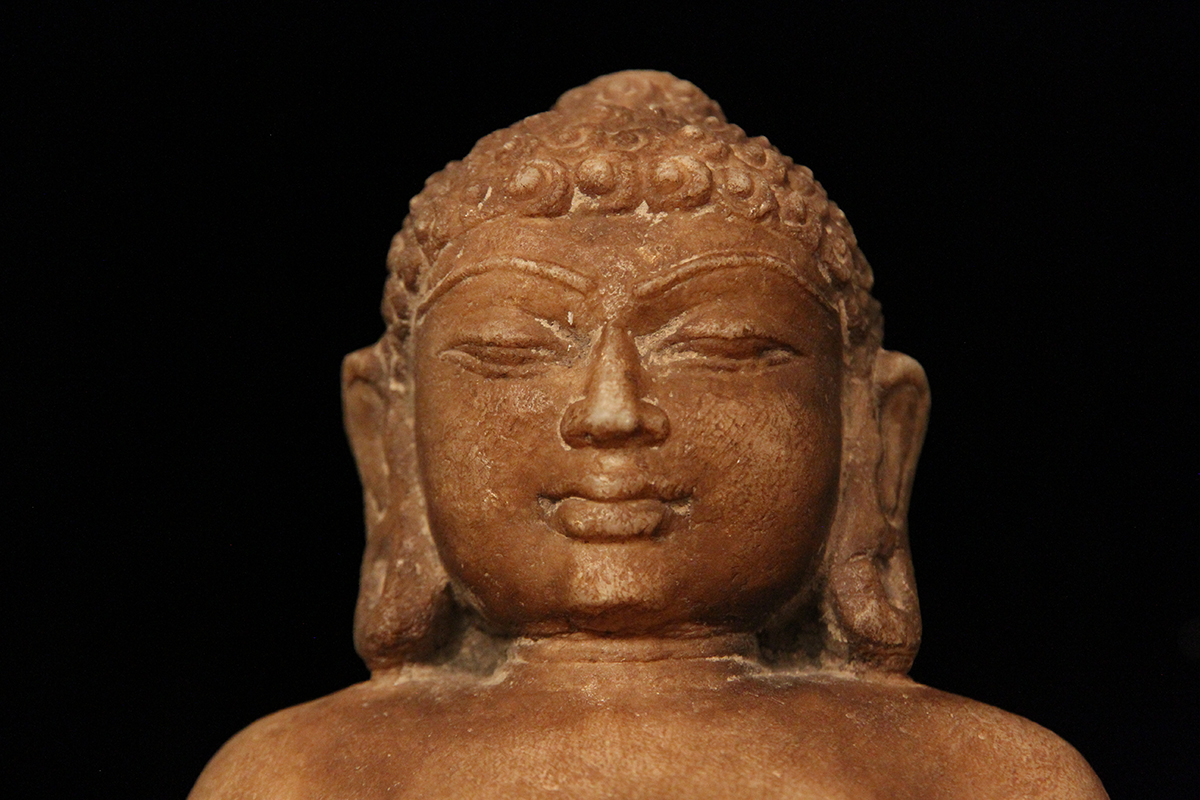 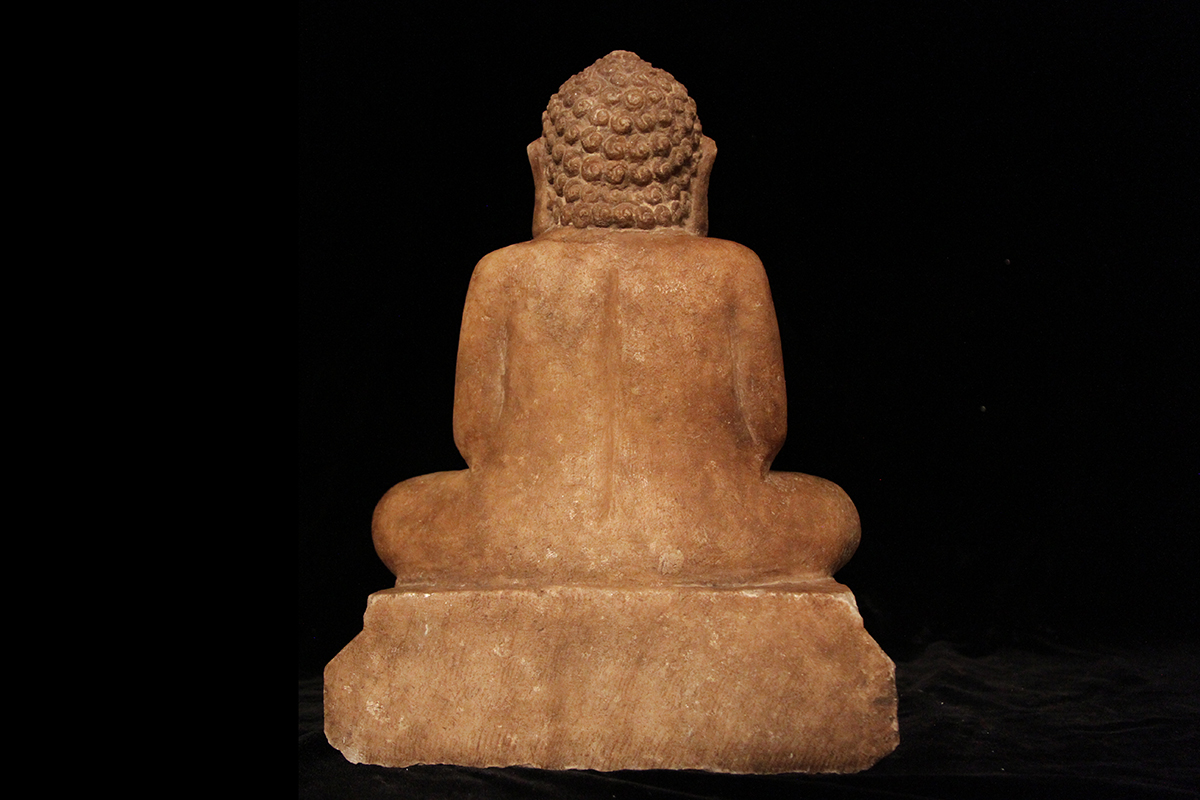 Sitting Jain, a lion on the base

White marble (was found in a river, and that is the reason for the brownish color)

A very good repair on the neck , please see in the images