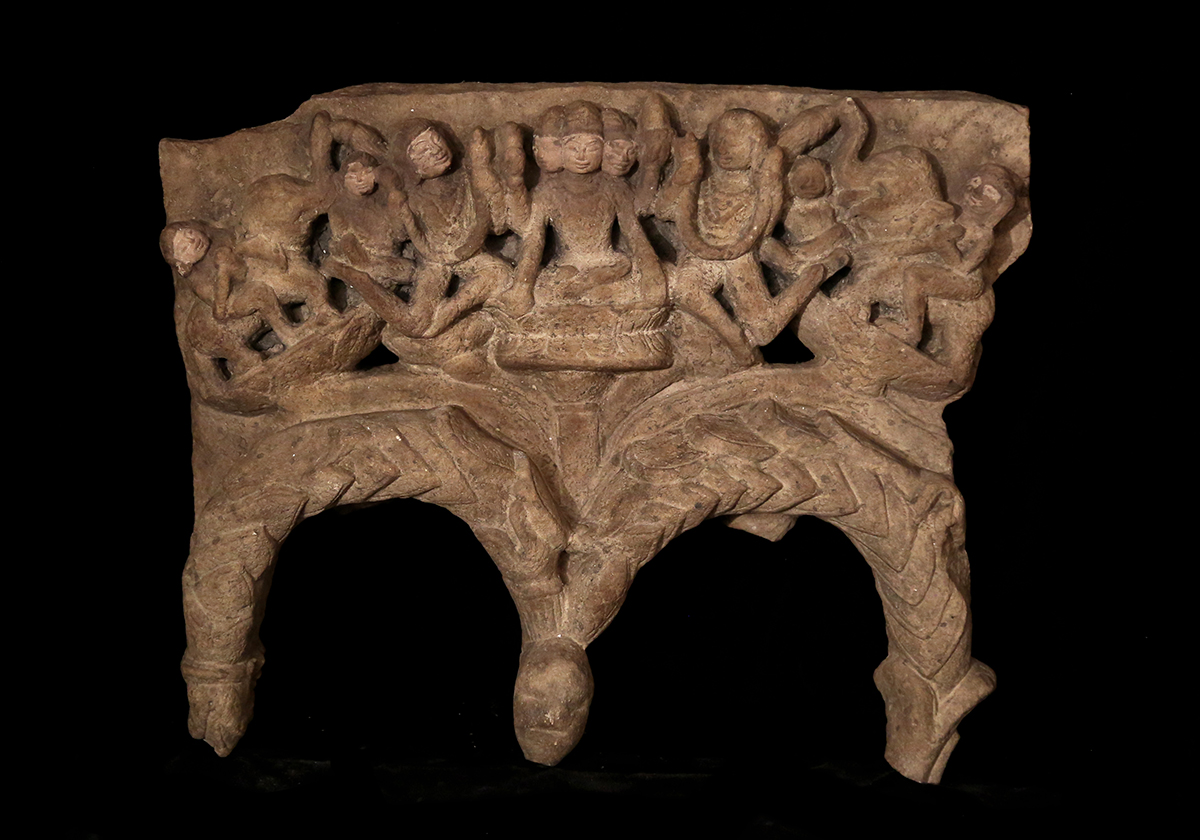 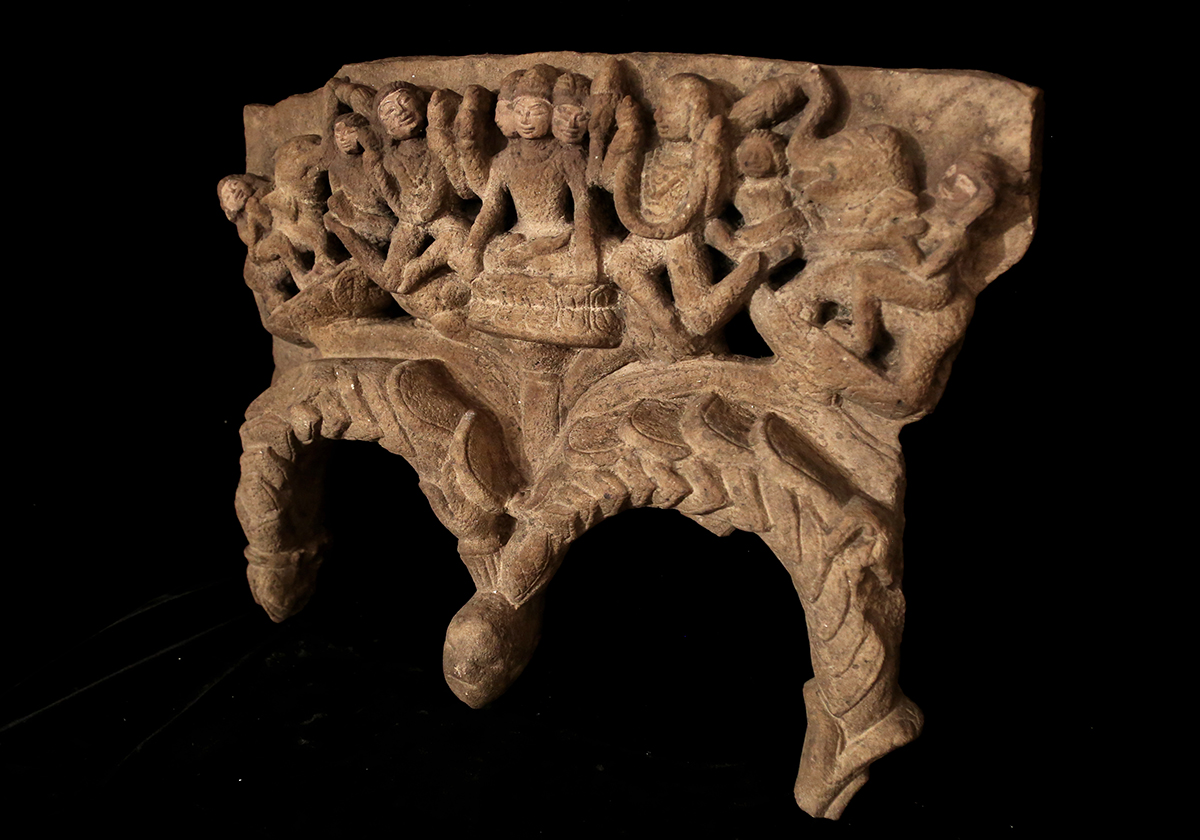 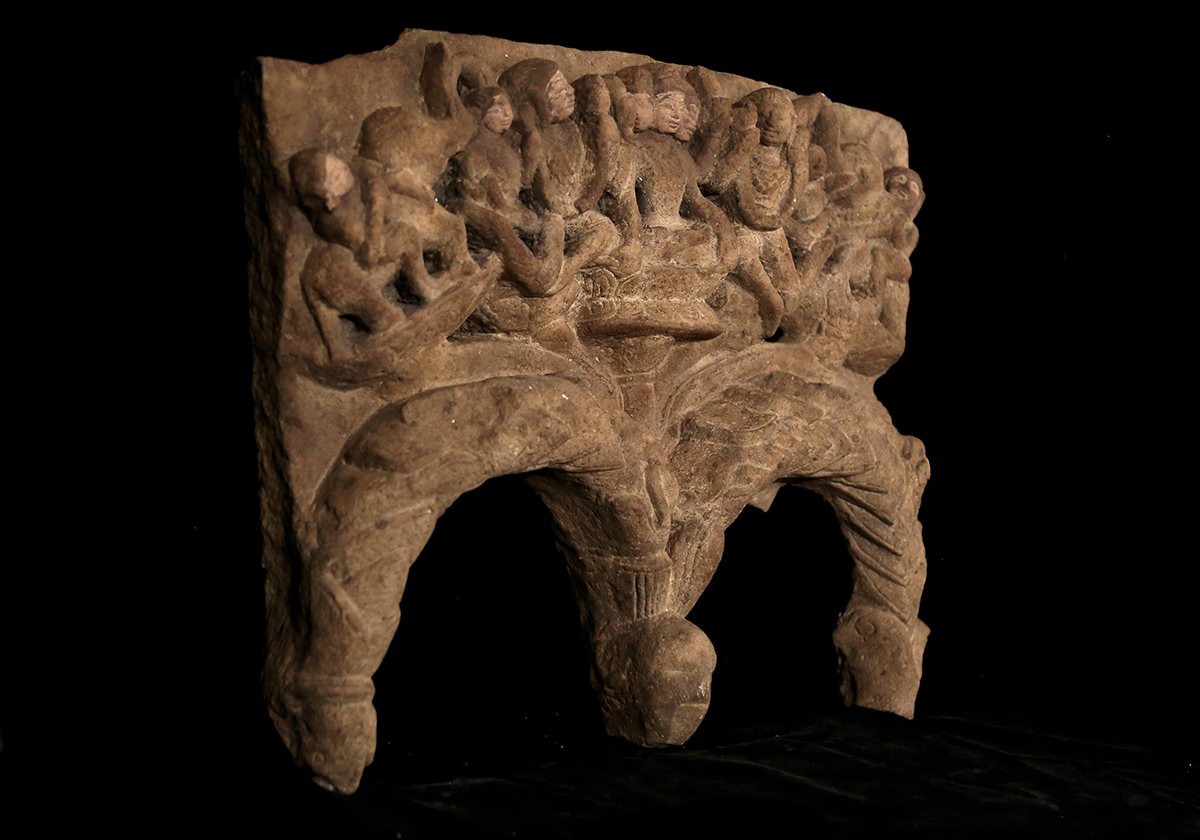 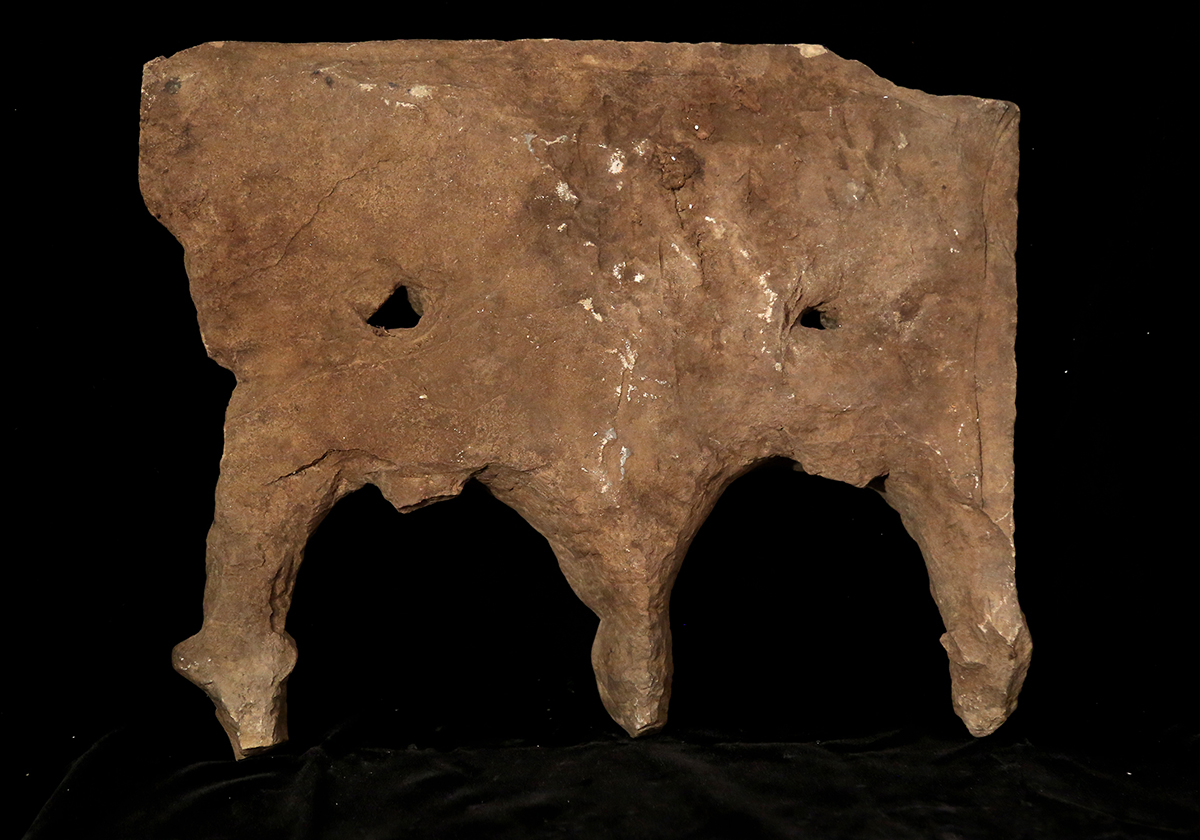 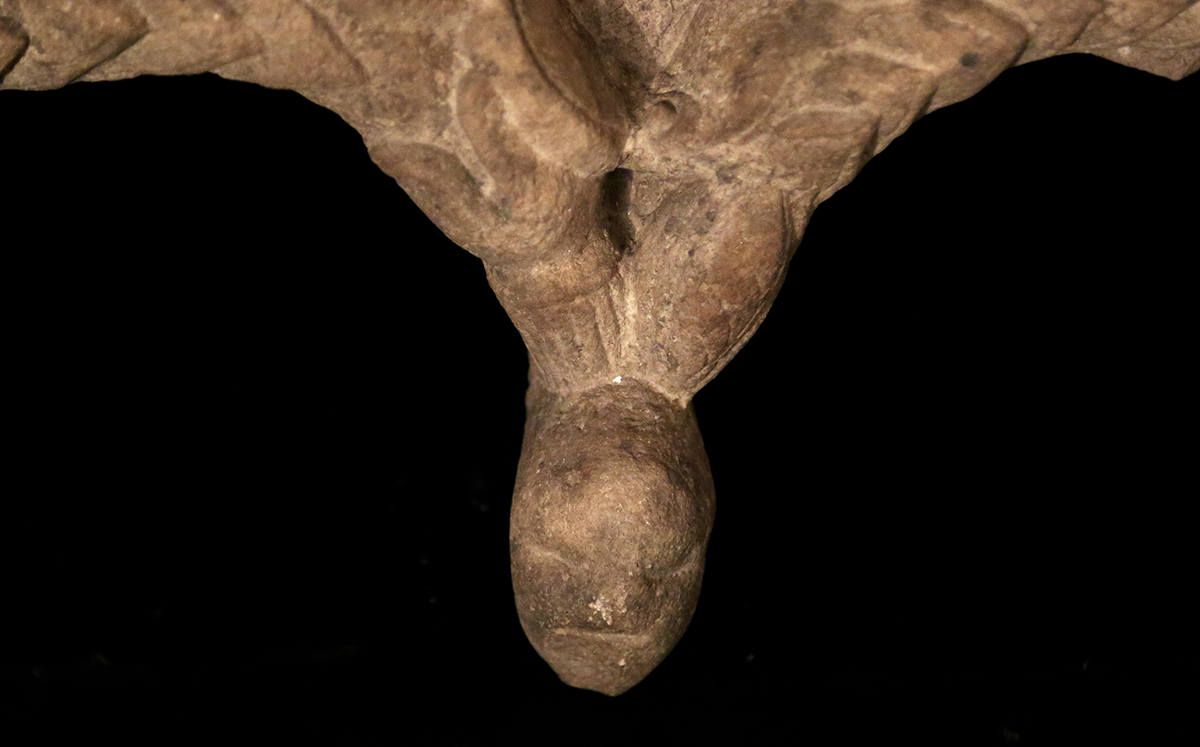 Most probably from a jain temple

Some re-cut in the eyes of some of the figures