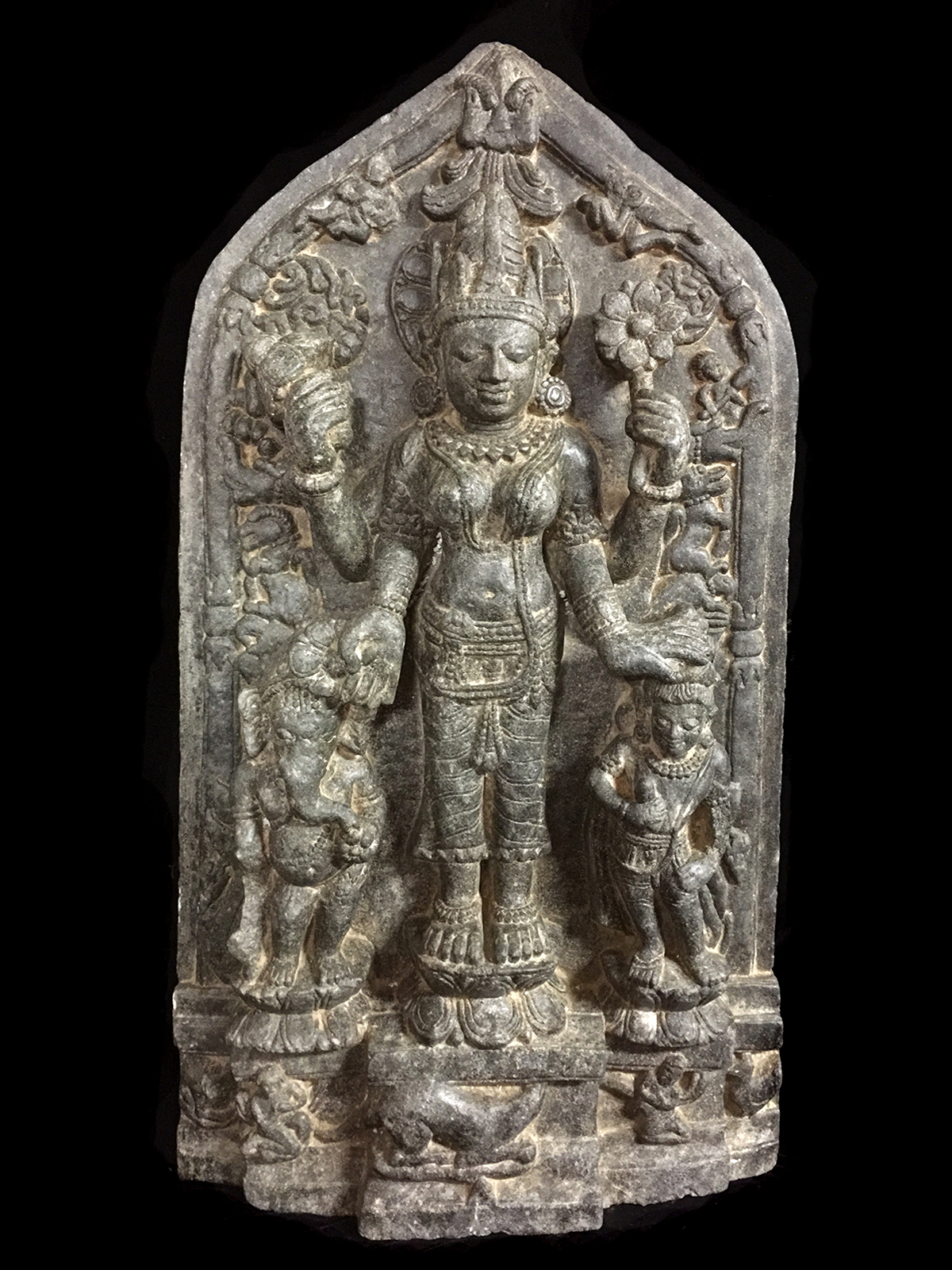 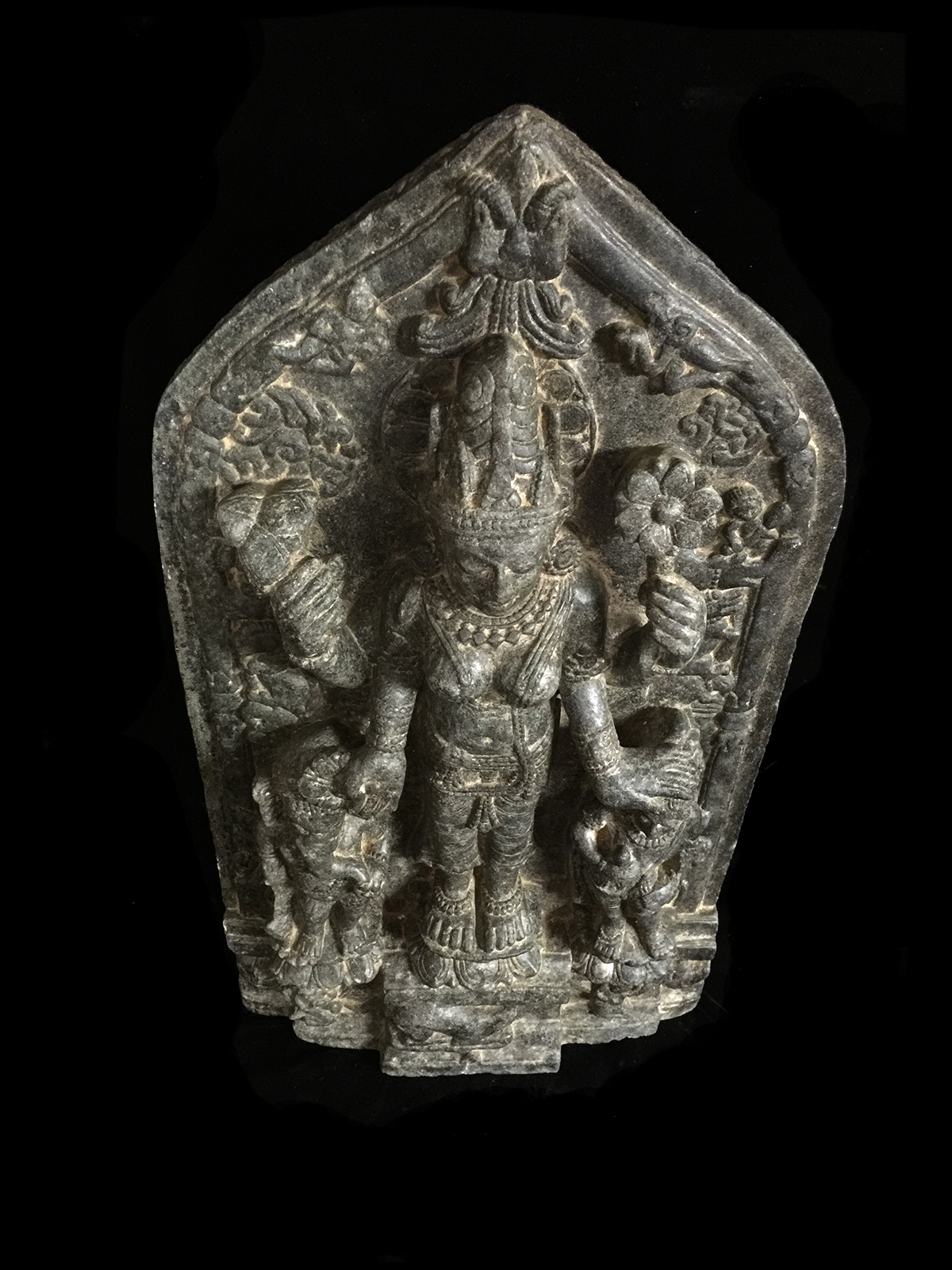 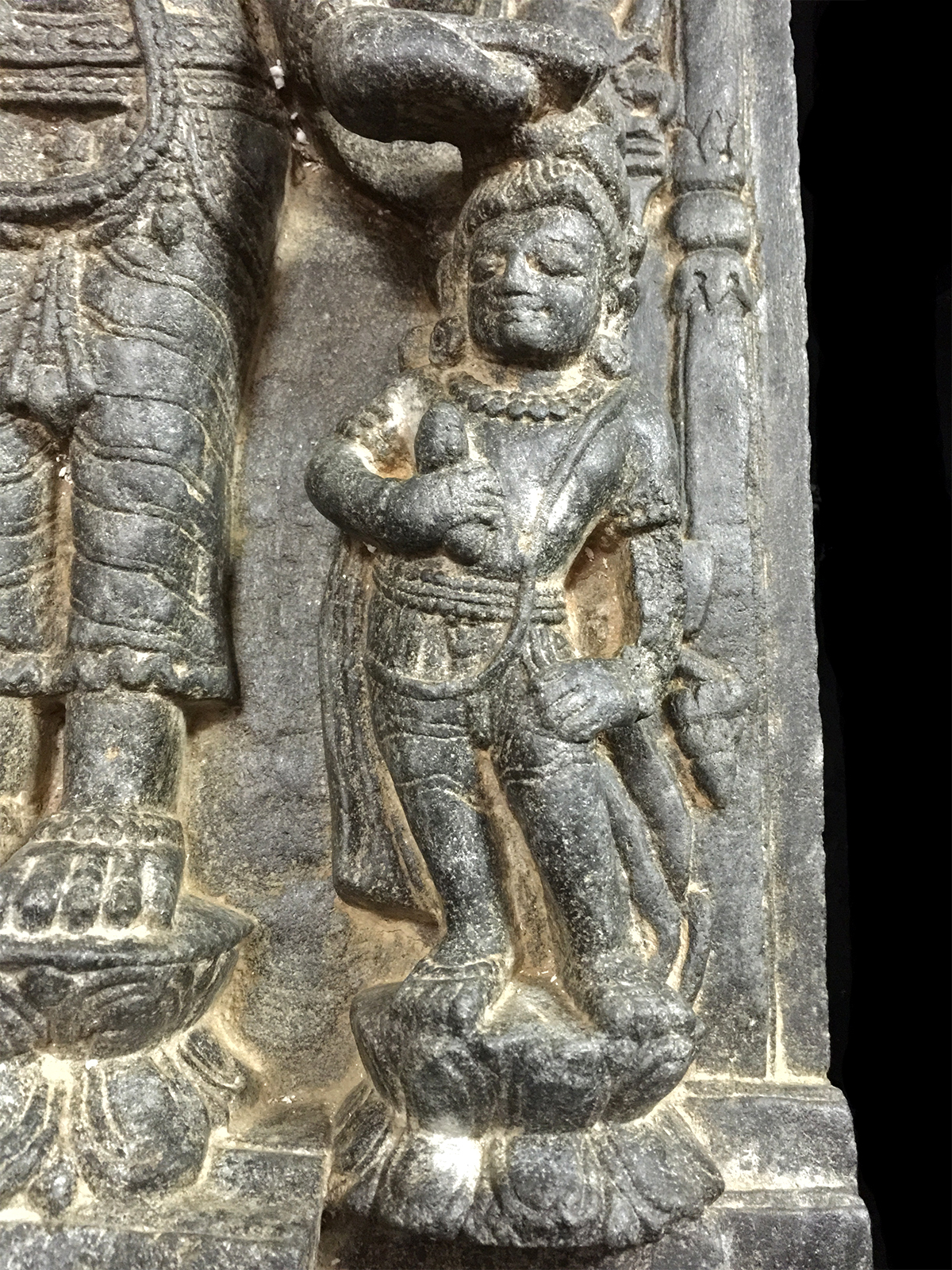 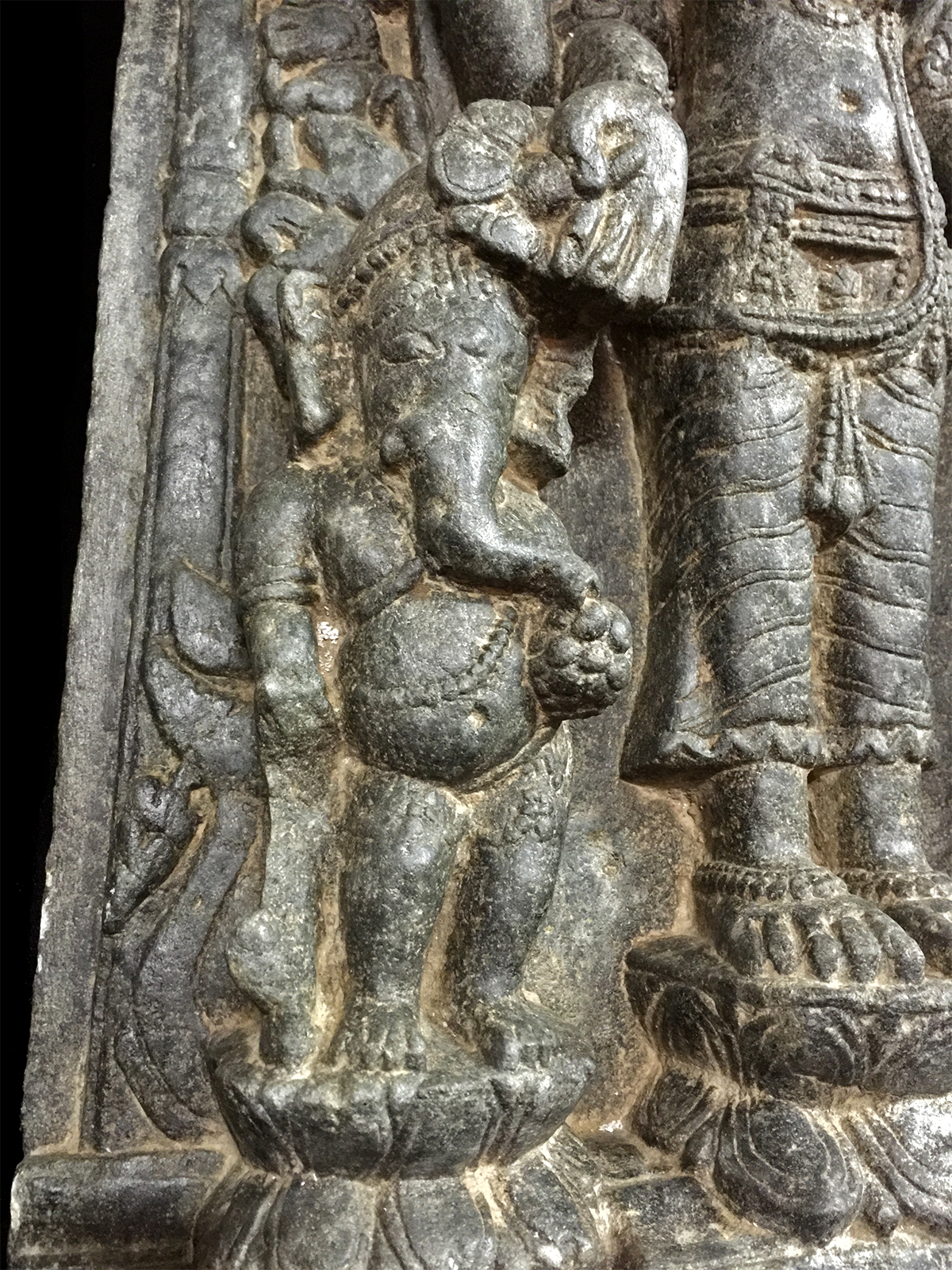 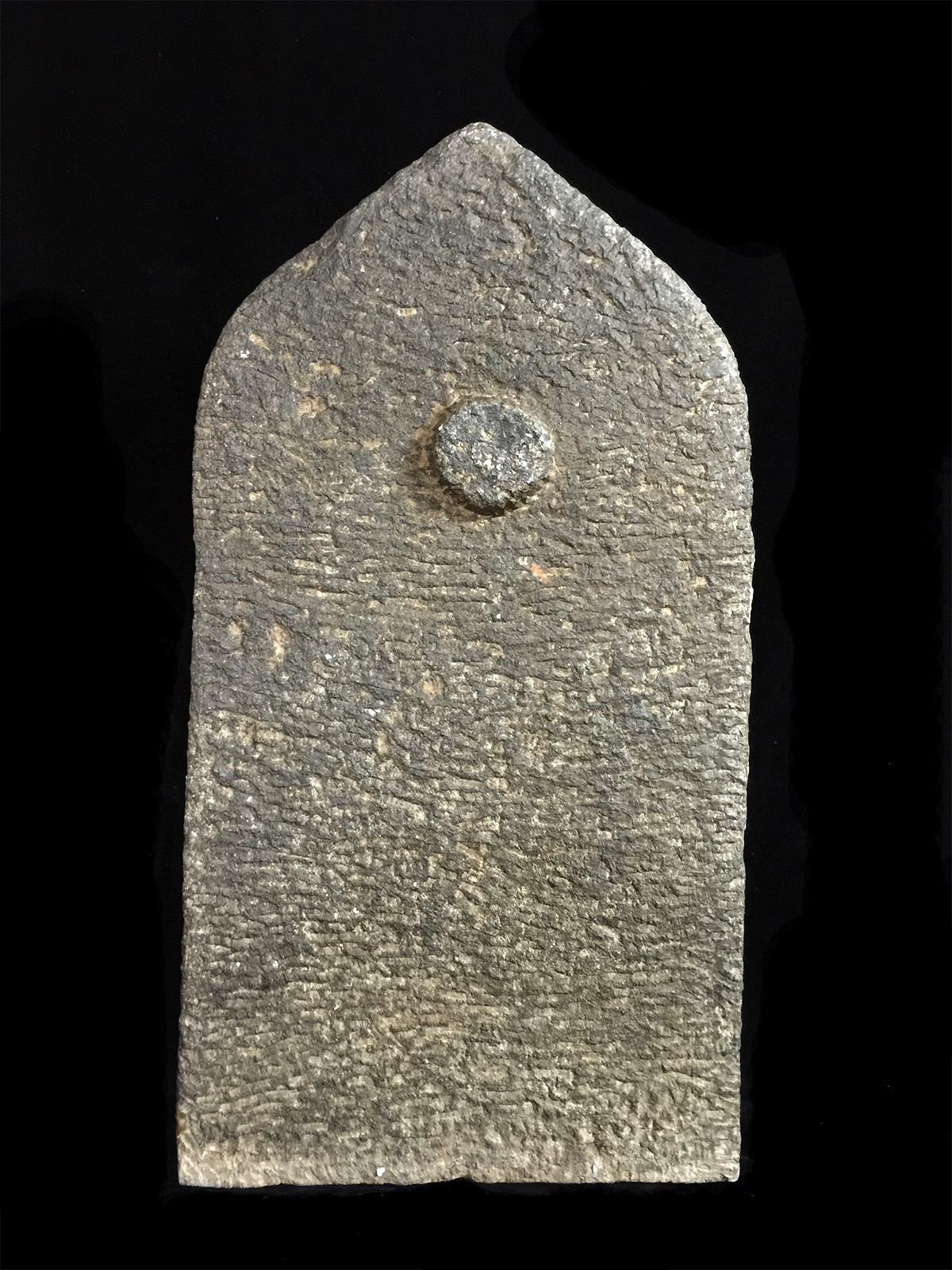 PARVATI  STANDING, BELOW HER ARE HER TWO SONS GANESHA AND KARTIKEYA