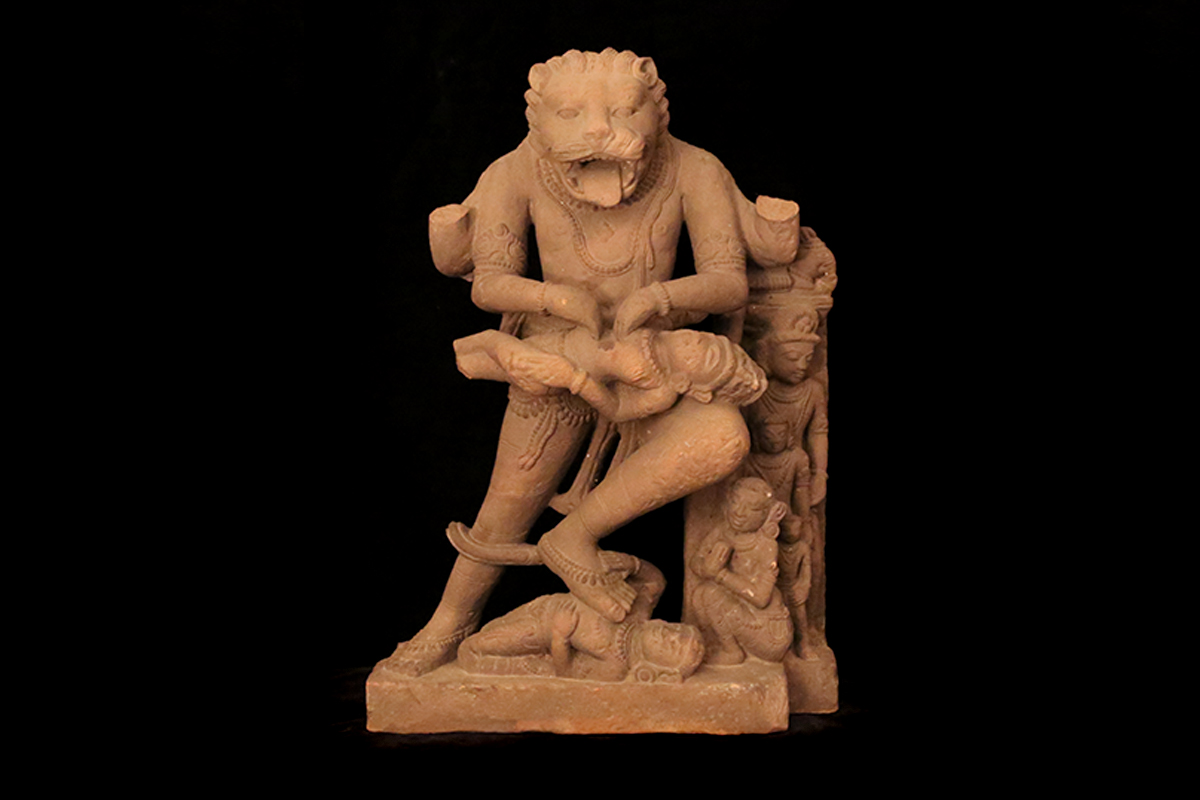 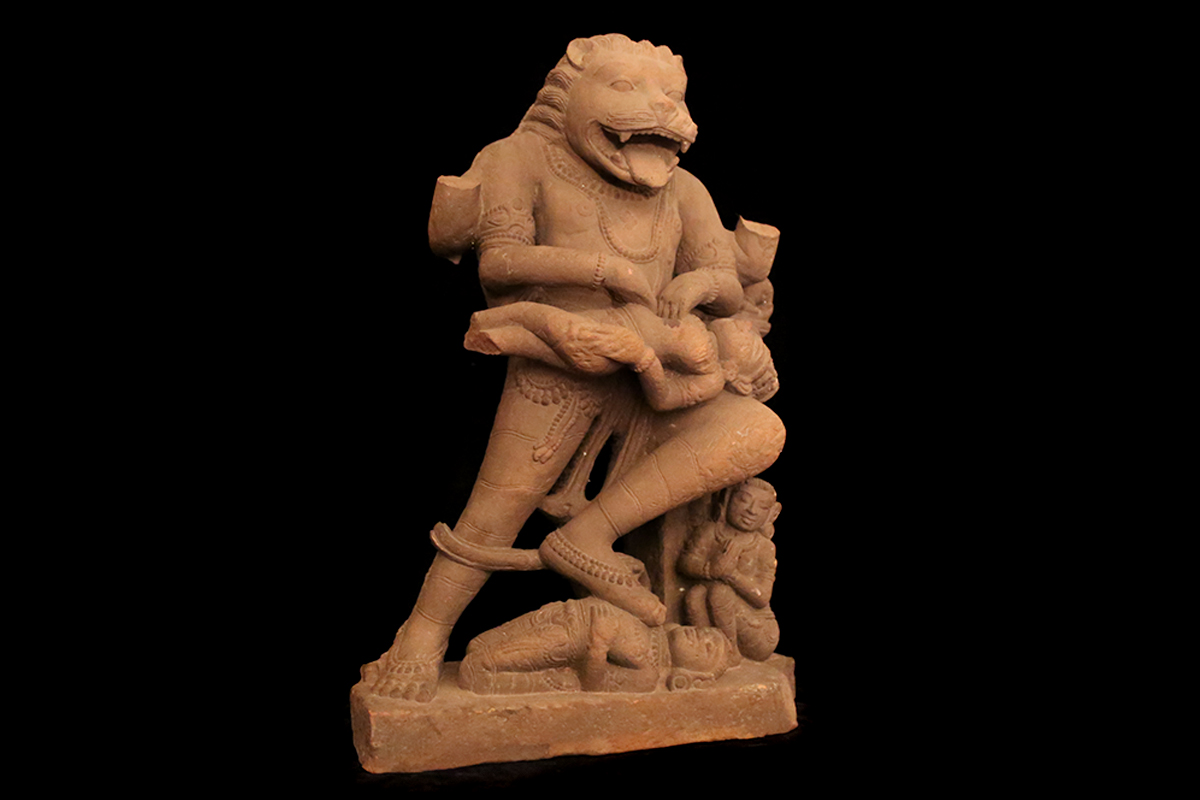 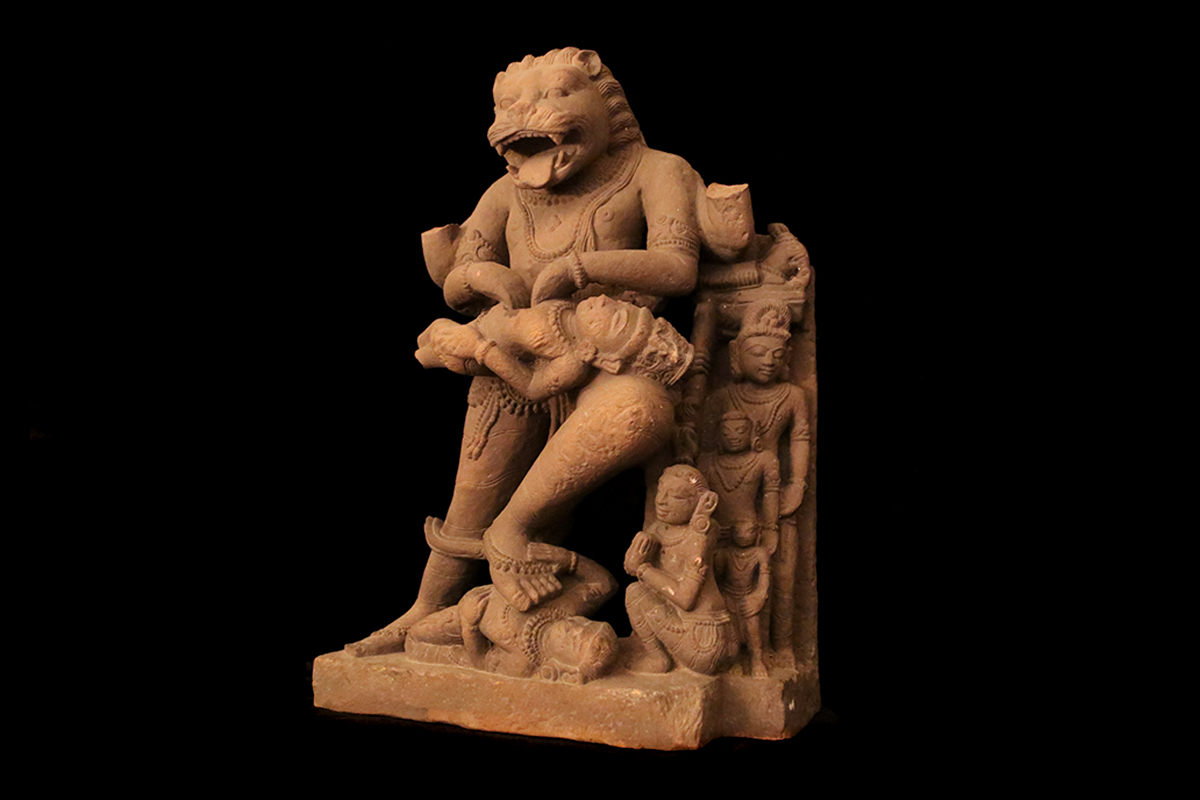 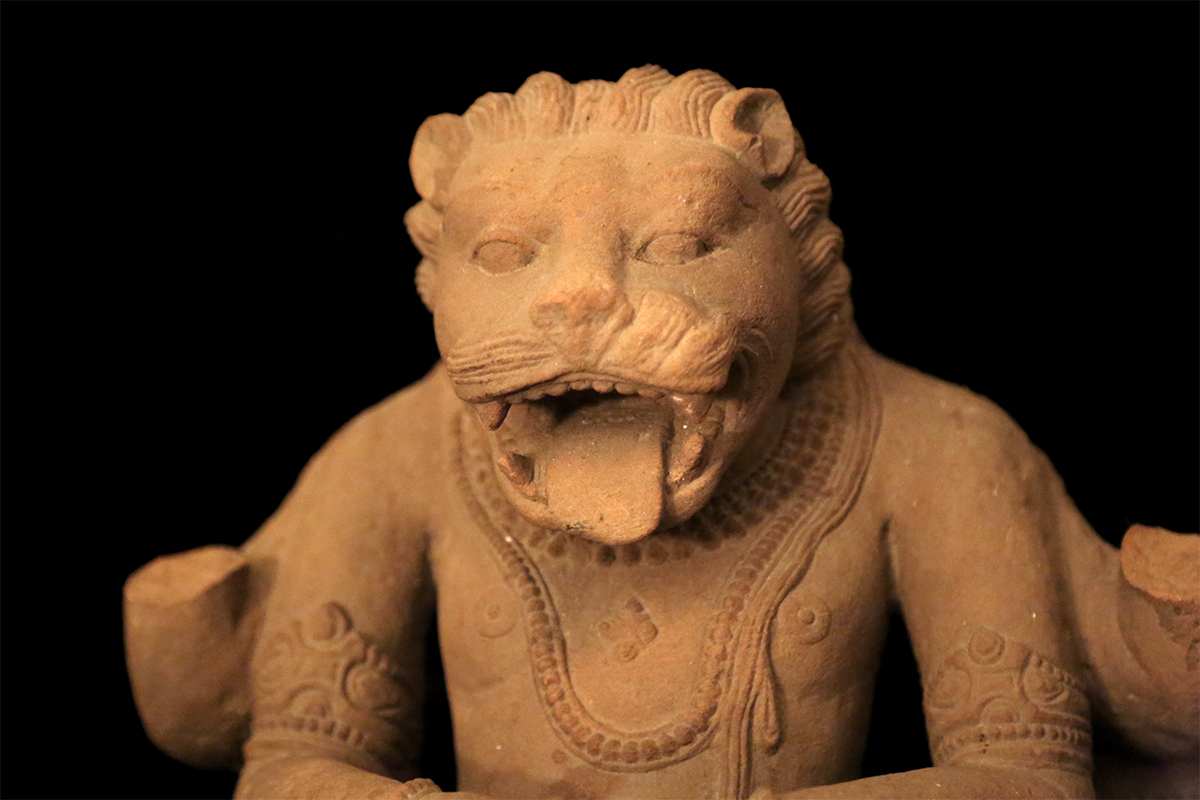 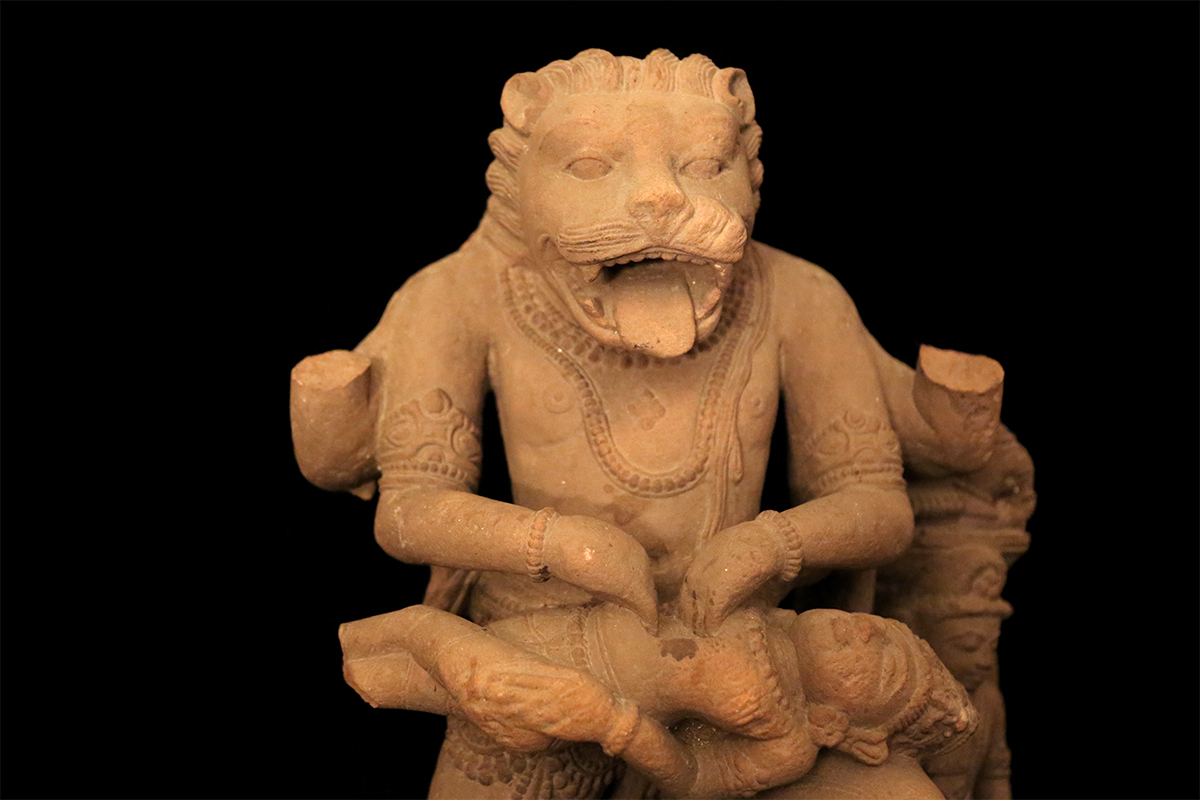 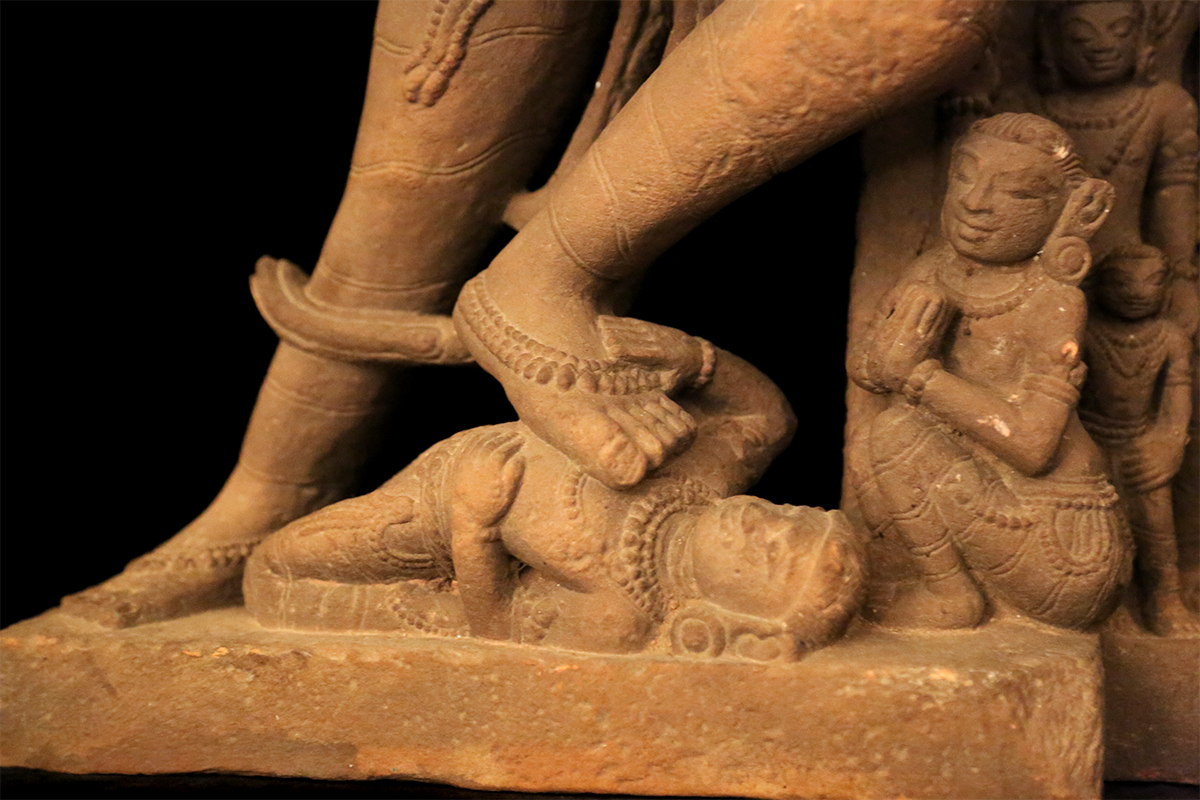 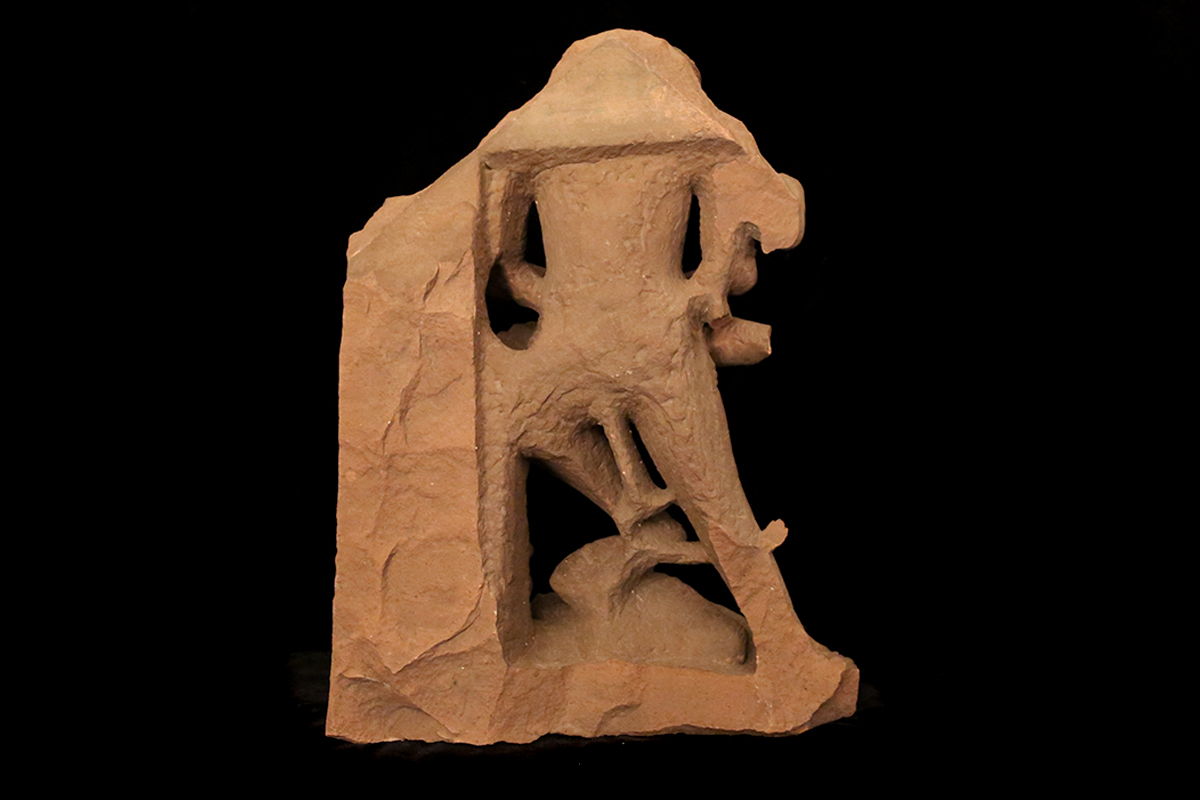 NARASHIMHA,  As the half man half lion avatar of Vishnu

Narasimha (IAST: Narasiṁha), Narasingh, Narsingh and Narasingha in derivative languages is an avatar of the Hindu god Vishnu and one of Hinduism’s most popular deities, as evidenced in early epics, iconography, and temple and festival worship for over a millennium.

Narasiṁha is often visualised as having a human-like torso and lower body, with a lion-like face and claws. This image is widely worshipped in deity form by a significant number of Vaiṣṇava groups. Vishnu assumed this form on top of Himvat mountain(Harivamsa). He is known primarily as the ‘Great Protector’ who specifically defends and protects his devotees in times of need.  Vishnu is believed to have taken the avatar to destroy the demon king Hiranyakashipu.