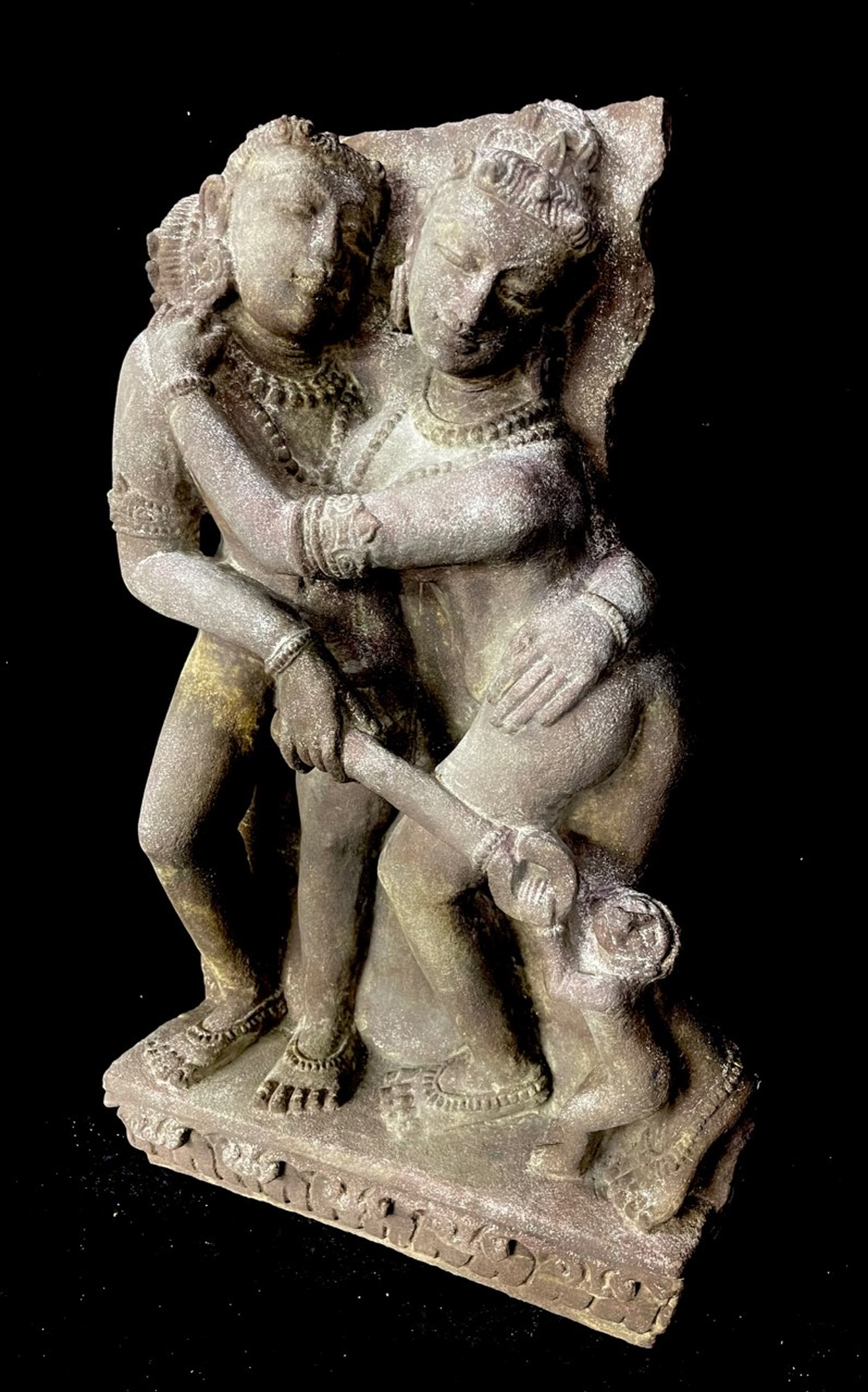 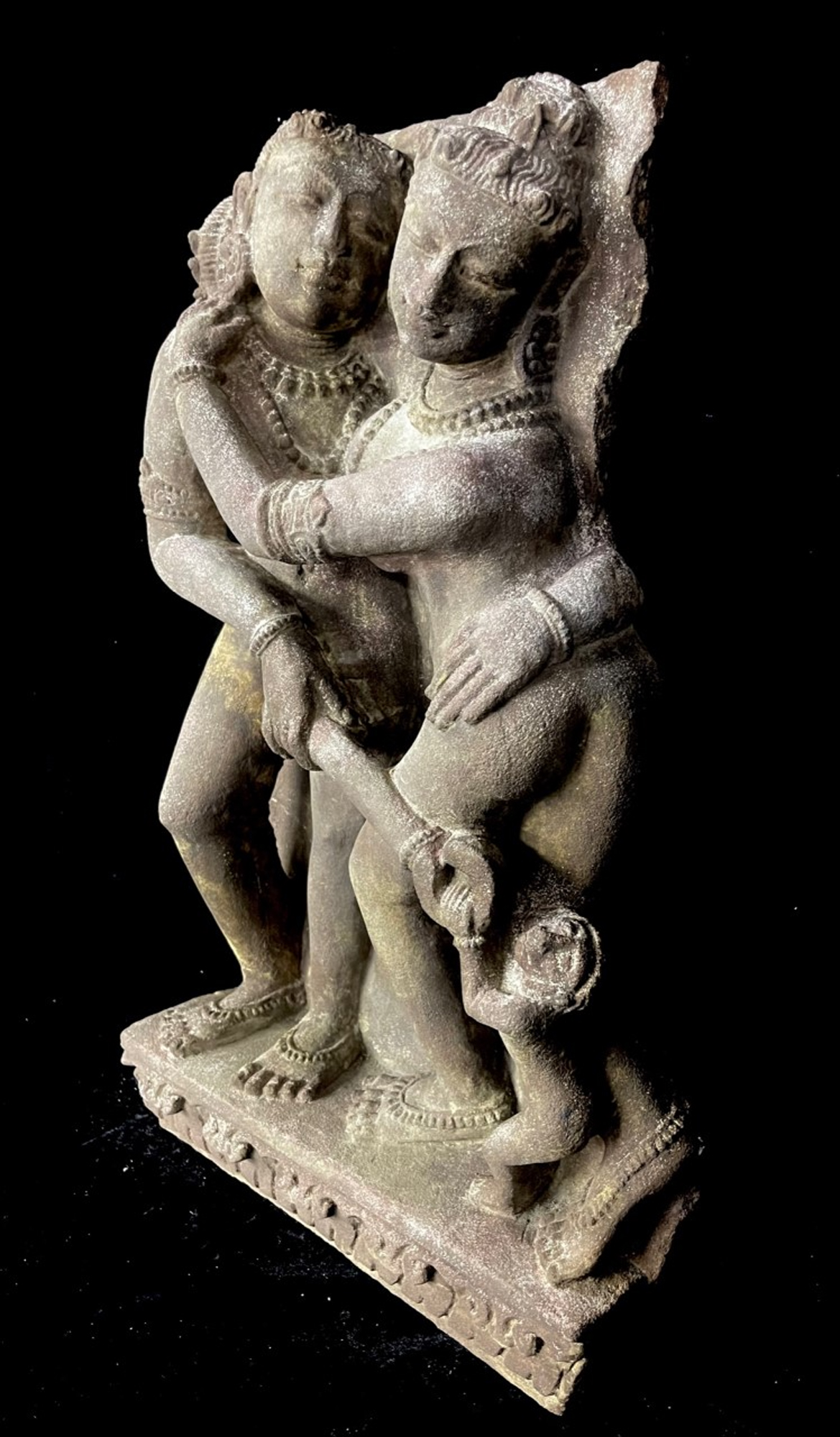 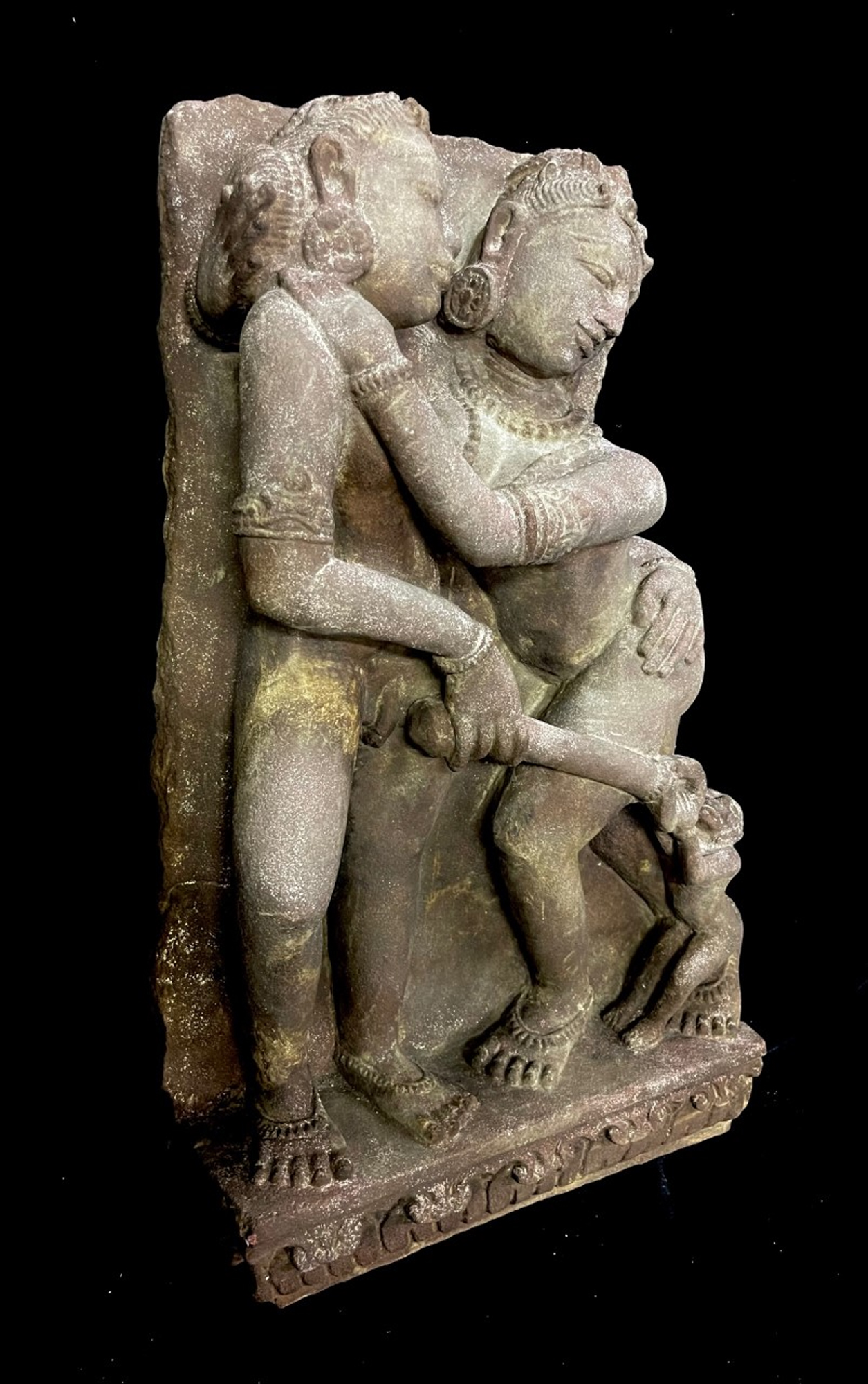 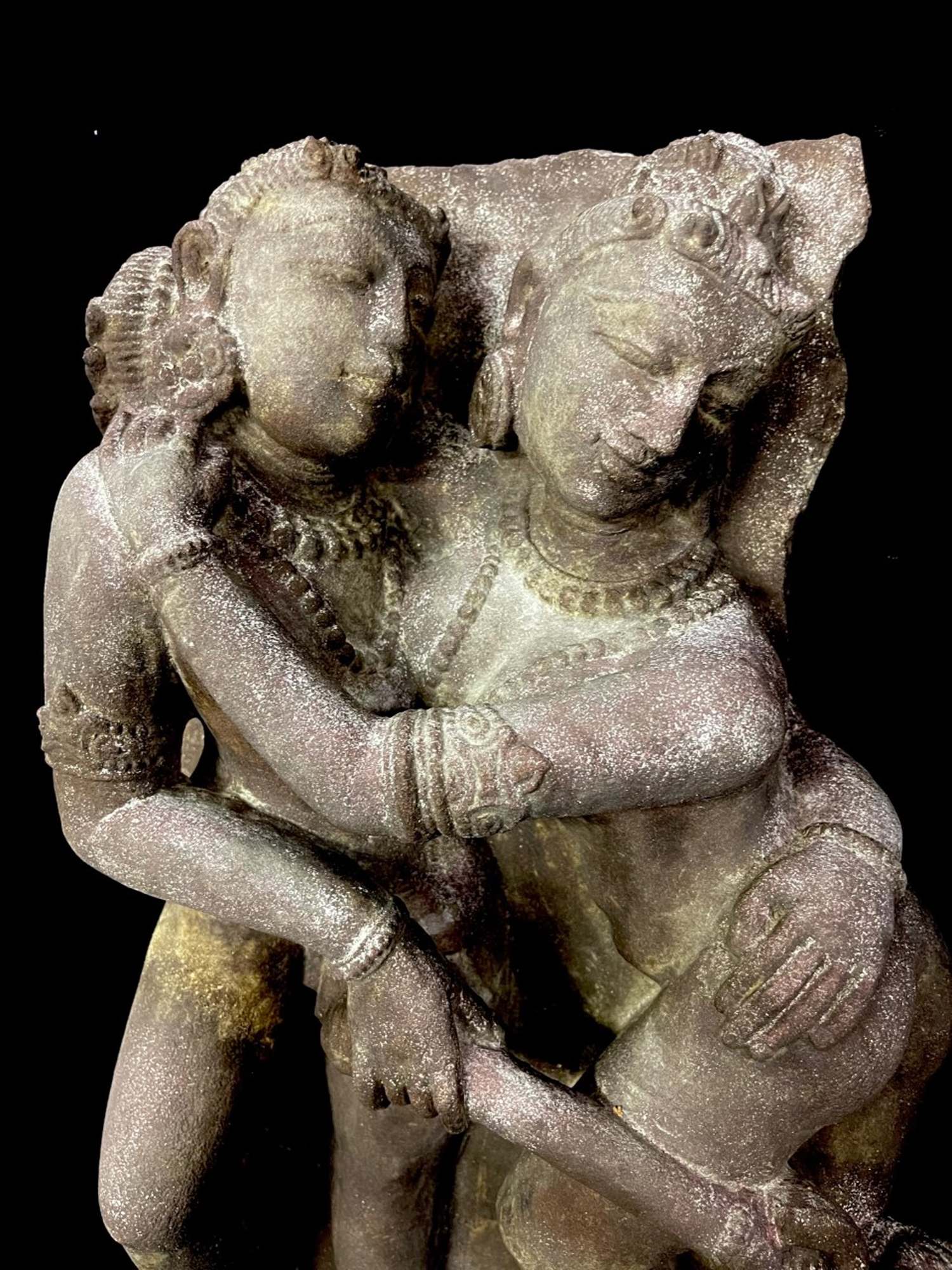 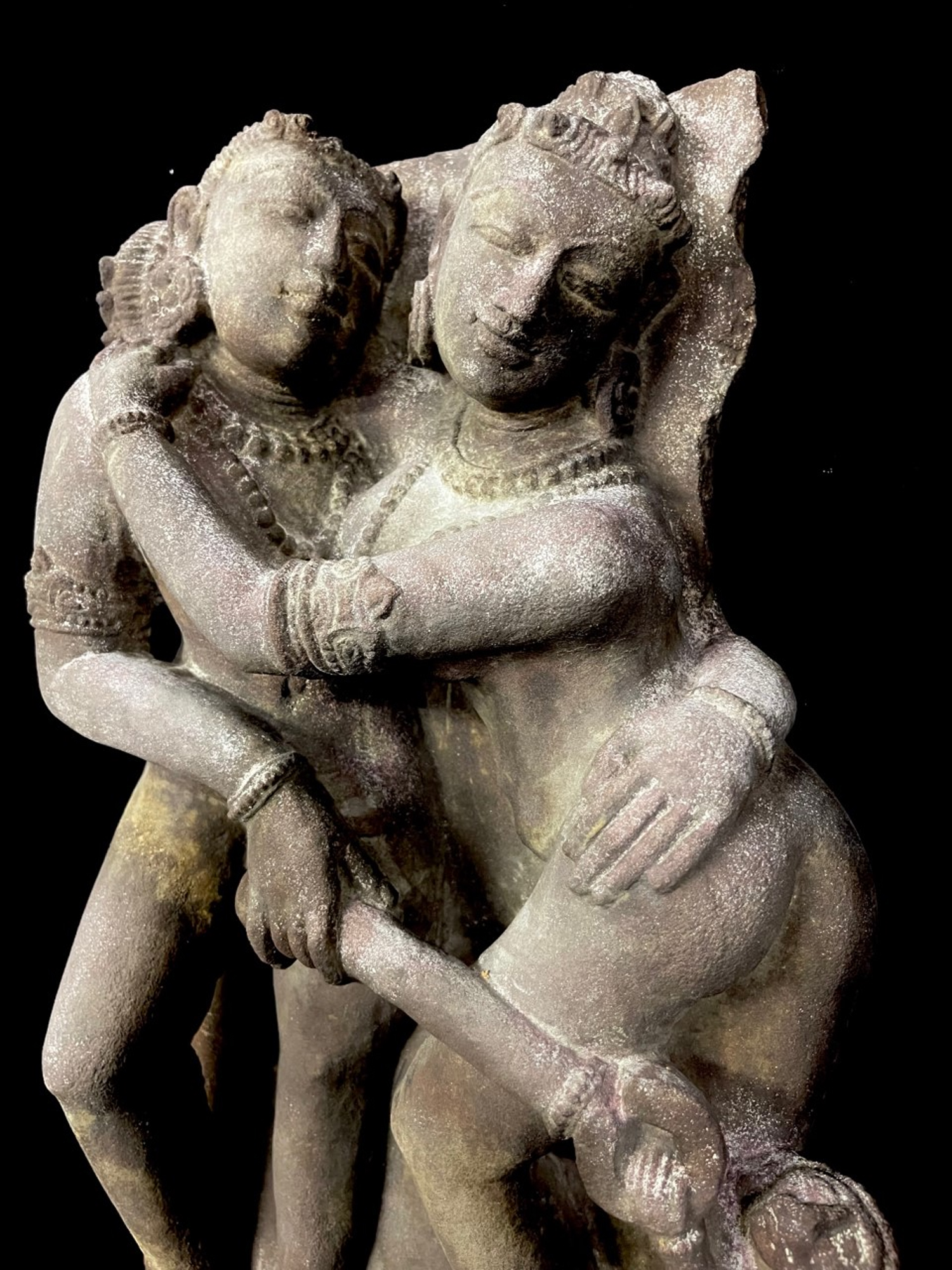 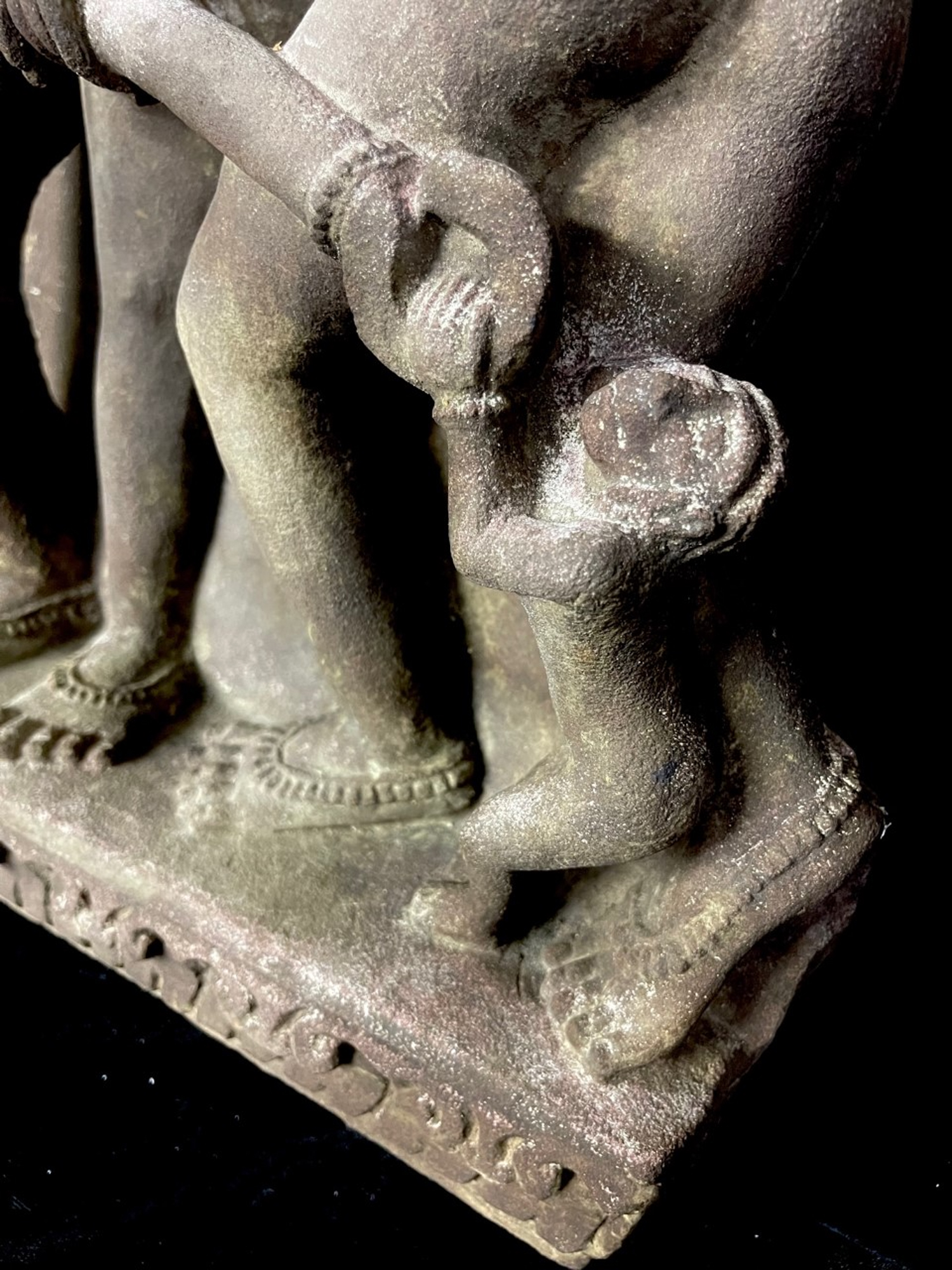 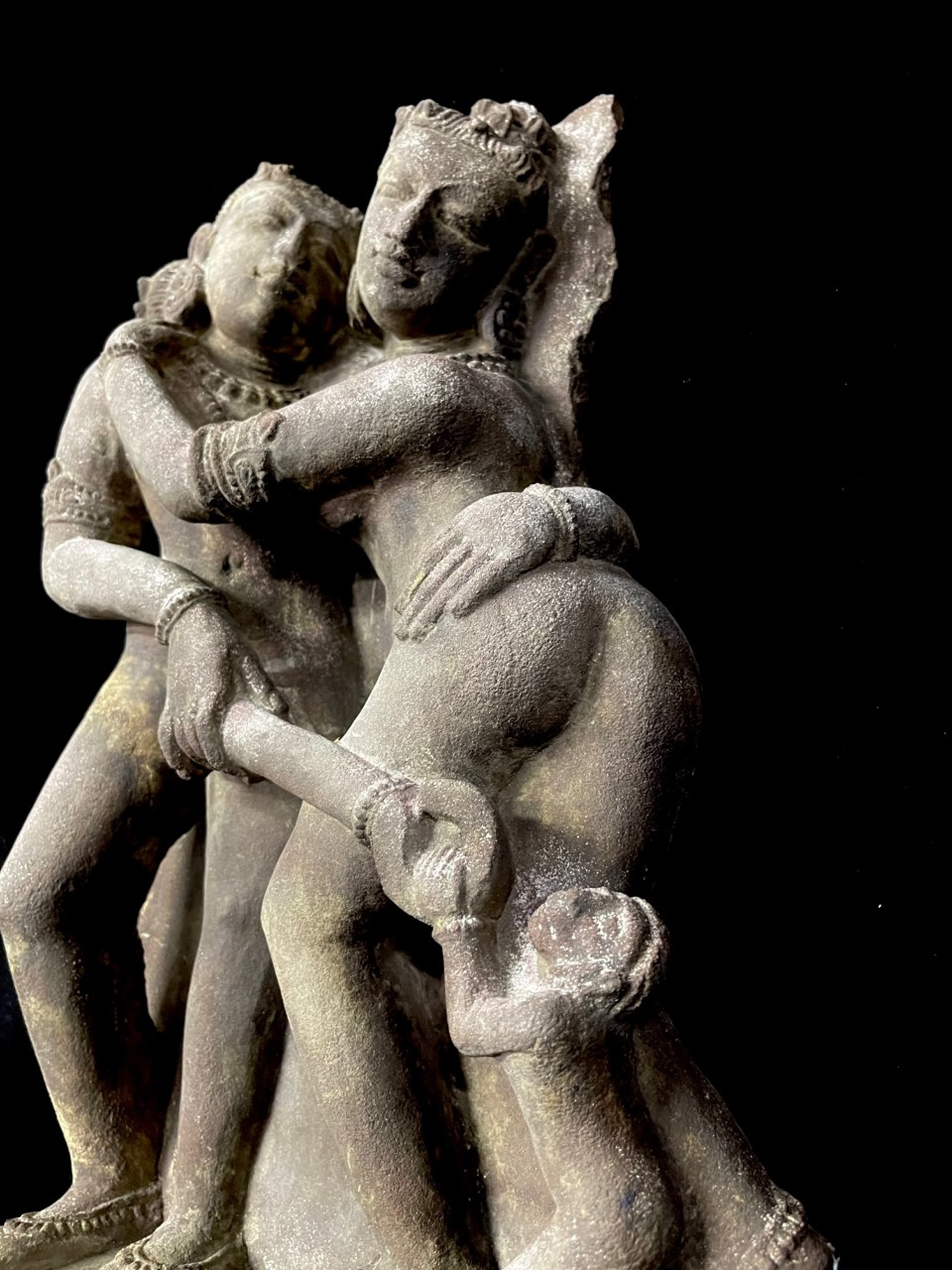 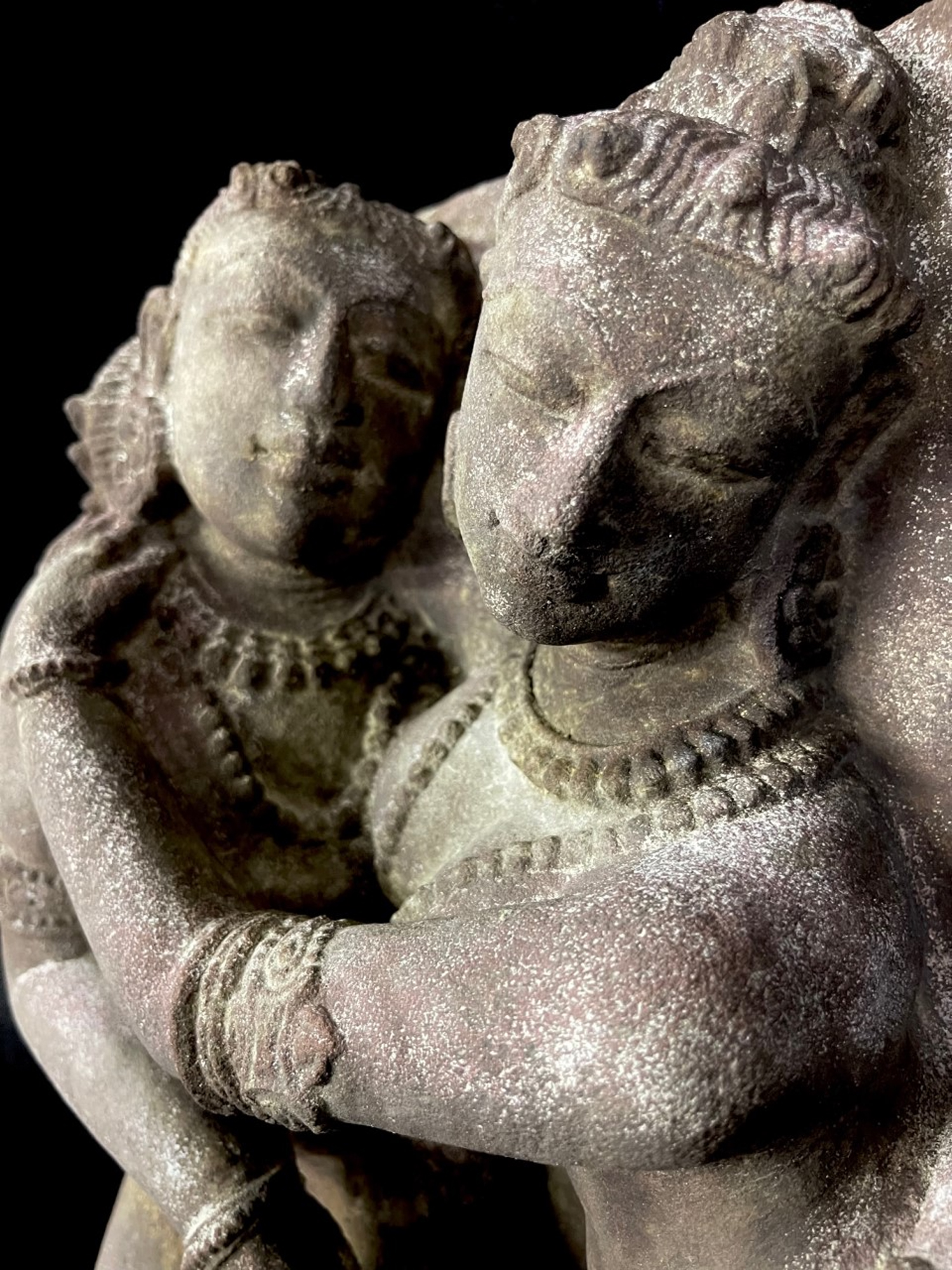 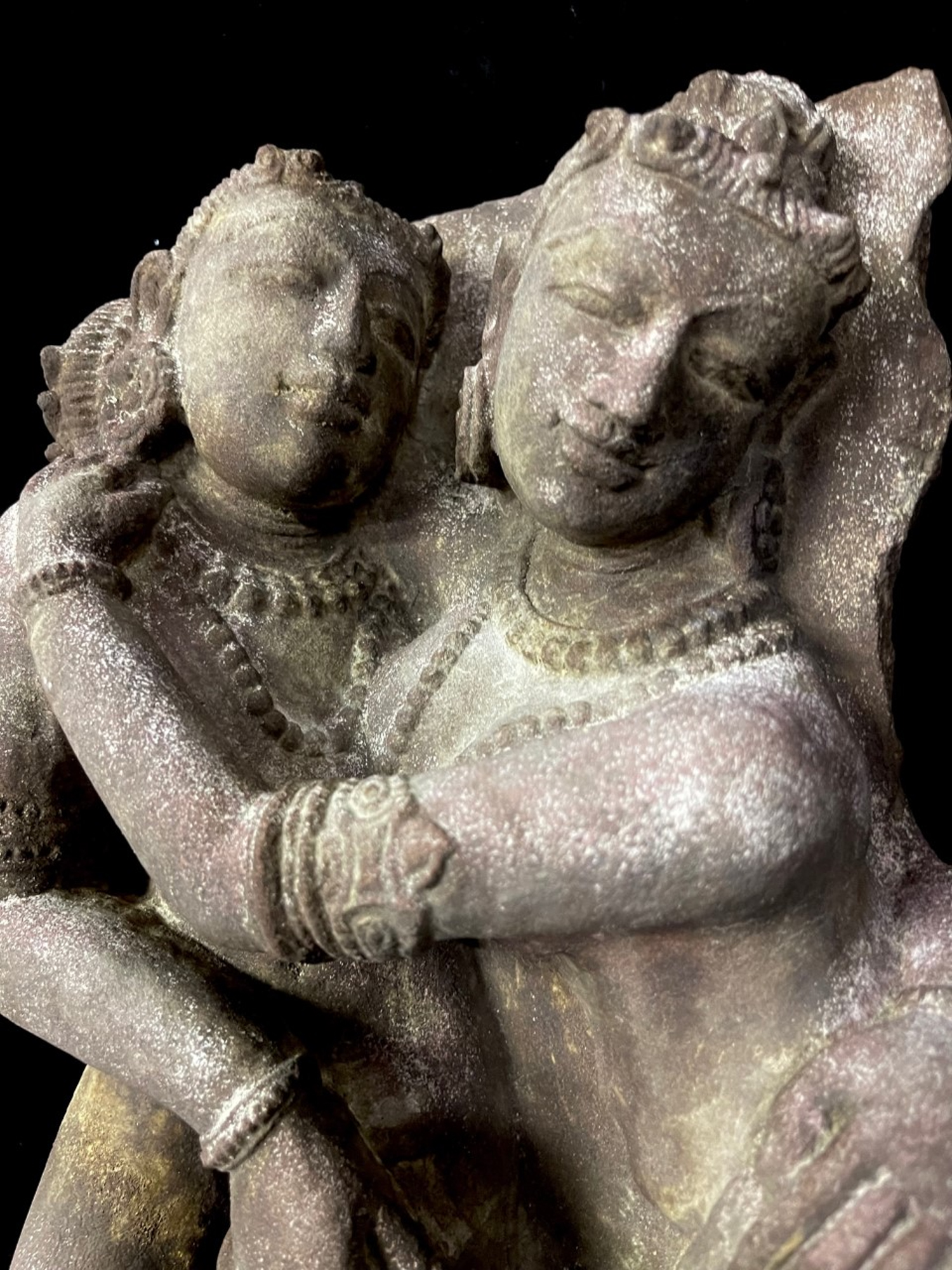 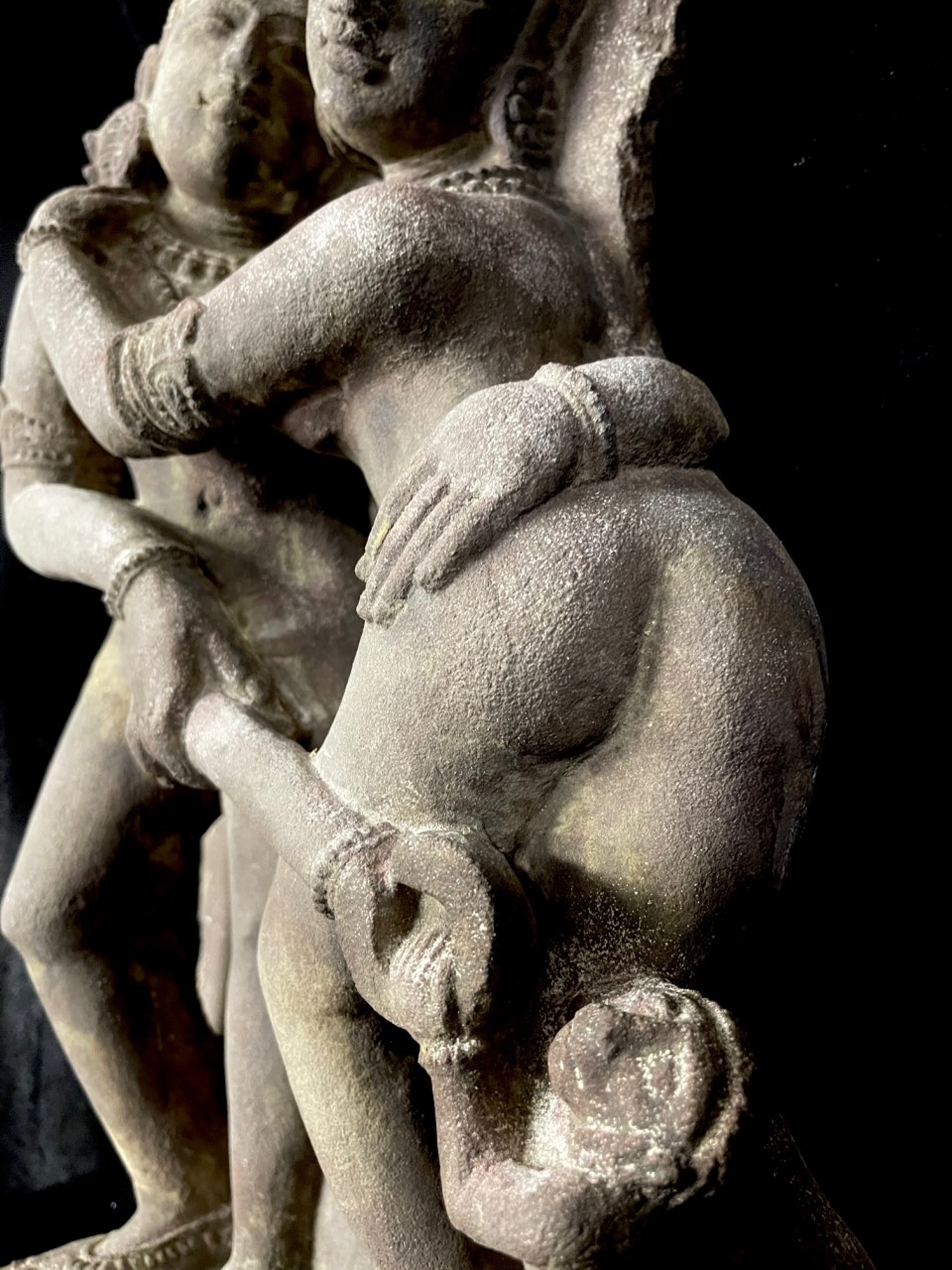 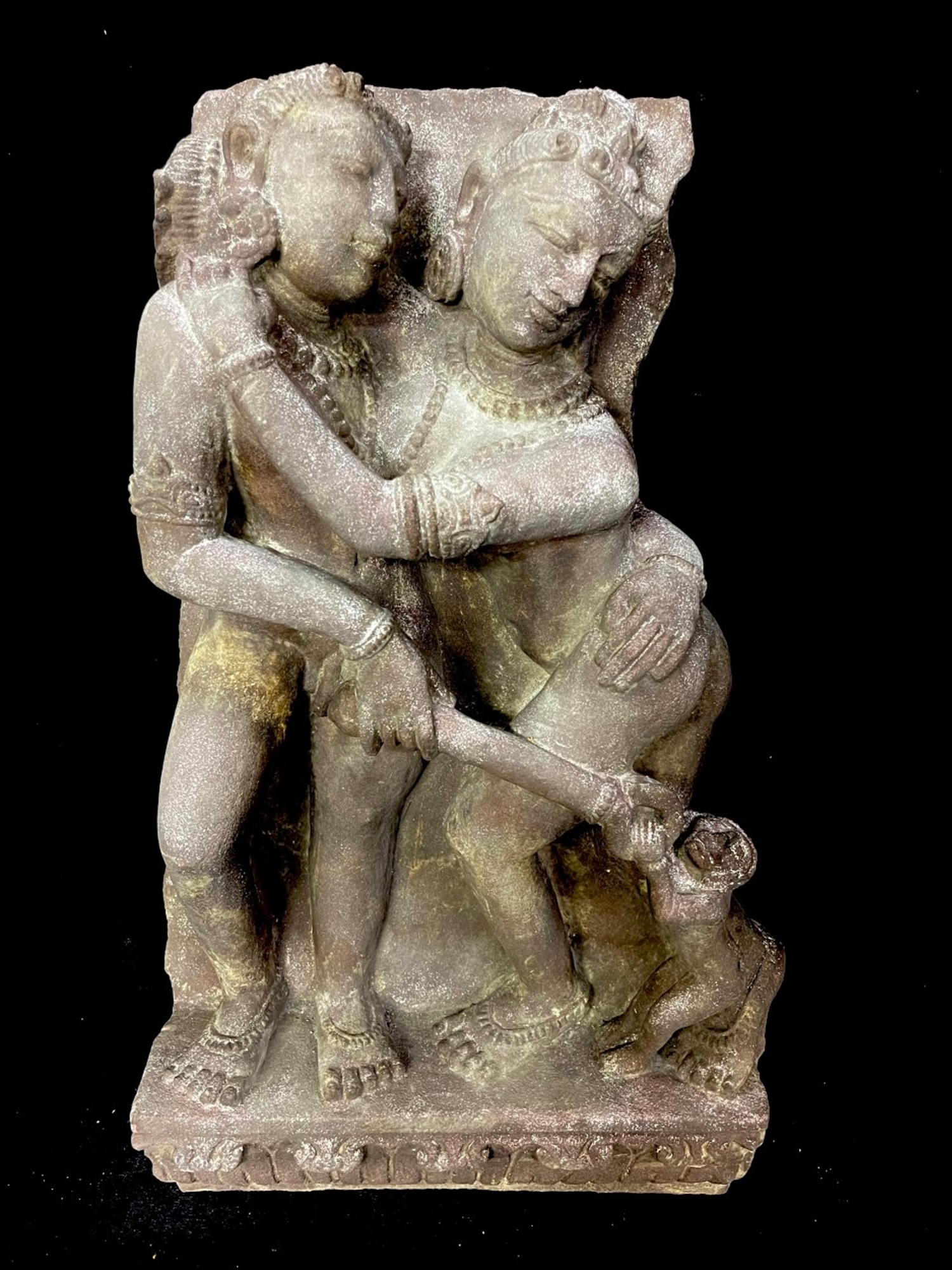 Maithuna (Devanagari: मैथुन) is a Sanskrit term for sexual intercourse within Tantric sex, or alternatively to the specific lack of sexual fluids generated, while mithuna is a couple participating in such a ritual.[1][2] It is the most important of the five makara and constitutes the main part of the grand ritual of Tantra variously known as Panchamakara, Panchatattva, and Tattva Chakra.[3] Maithuna means the union of opposing forces, underlining the nonduality between human and divine,[3] as well as worldly enjoyment (kama) and spiritual liberation (moksha).[4] Mithuna is a popular icon in ancient Hindu art, portrayed as a couple engaged in physical loving.[5]