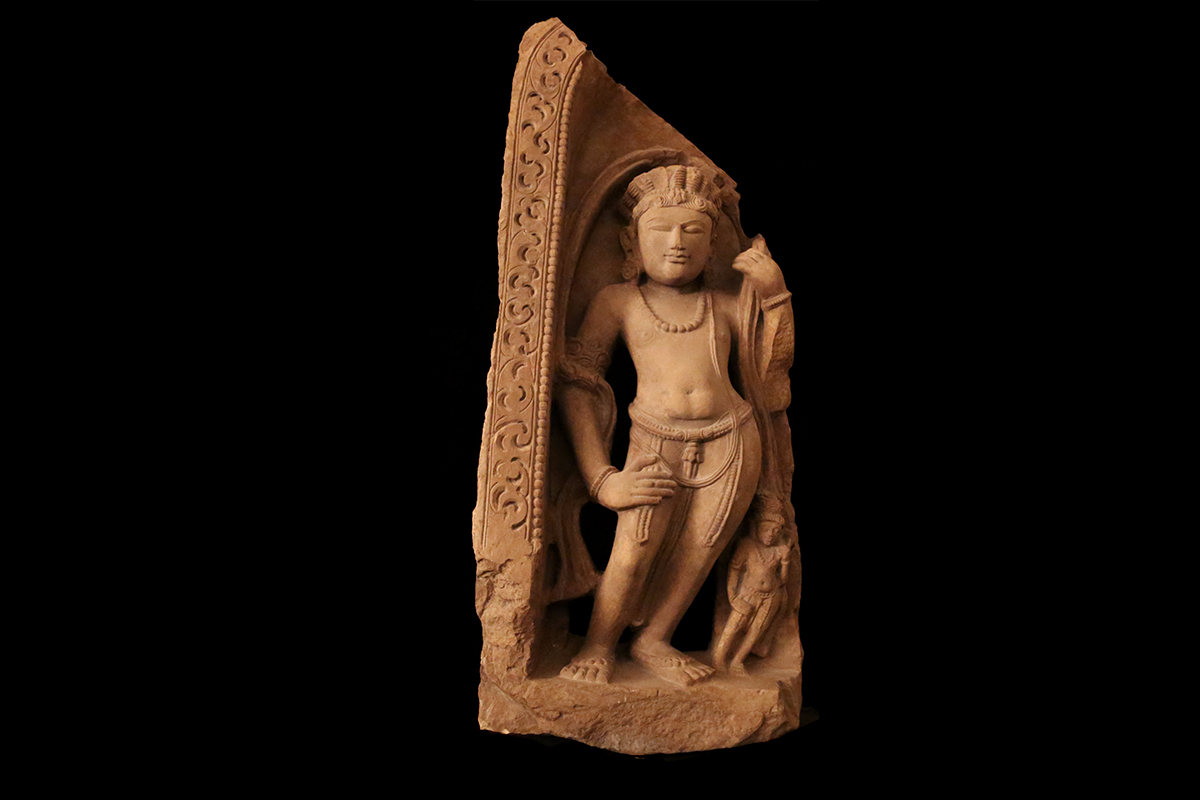 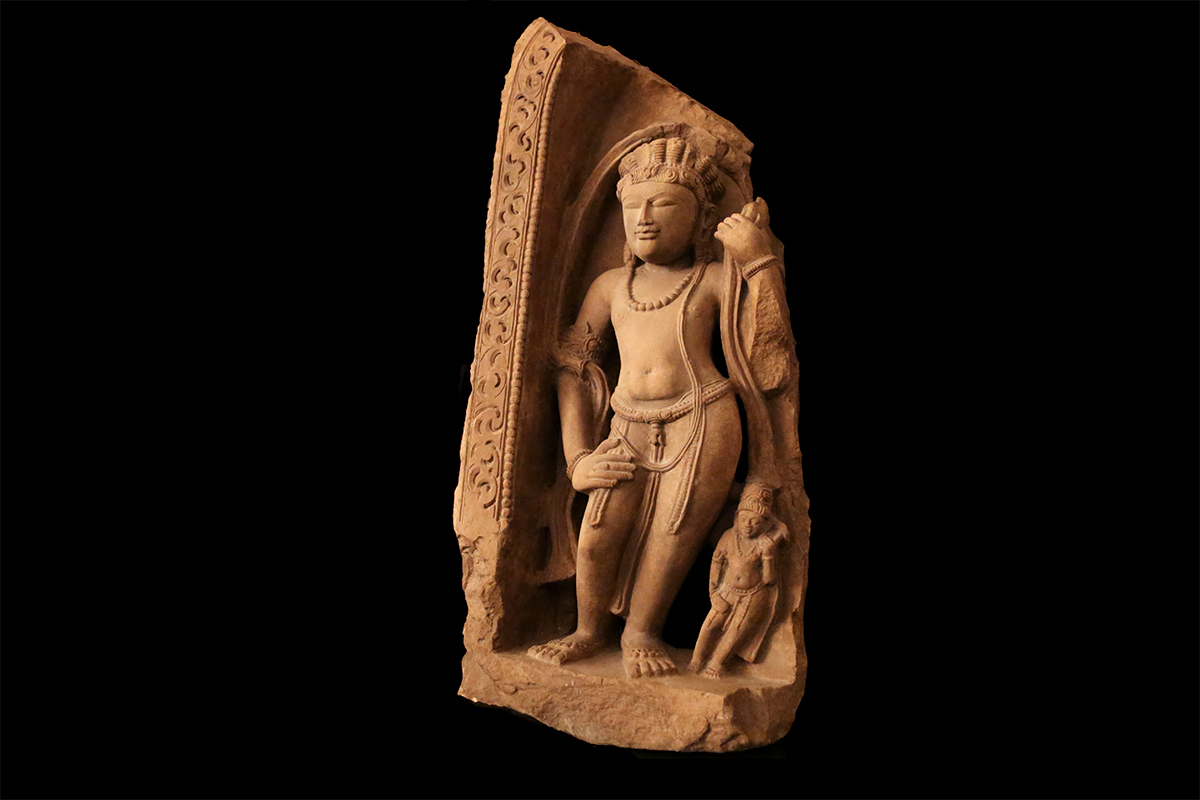 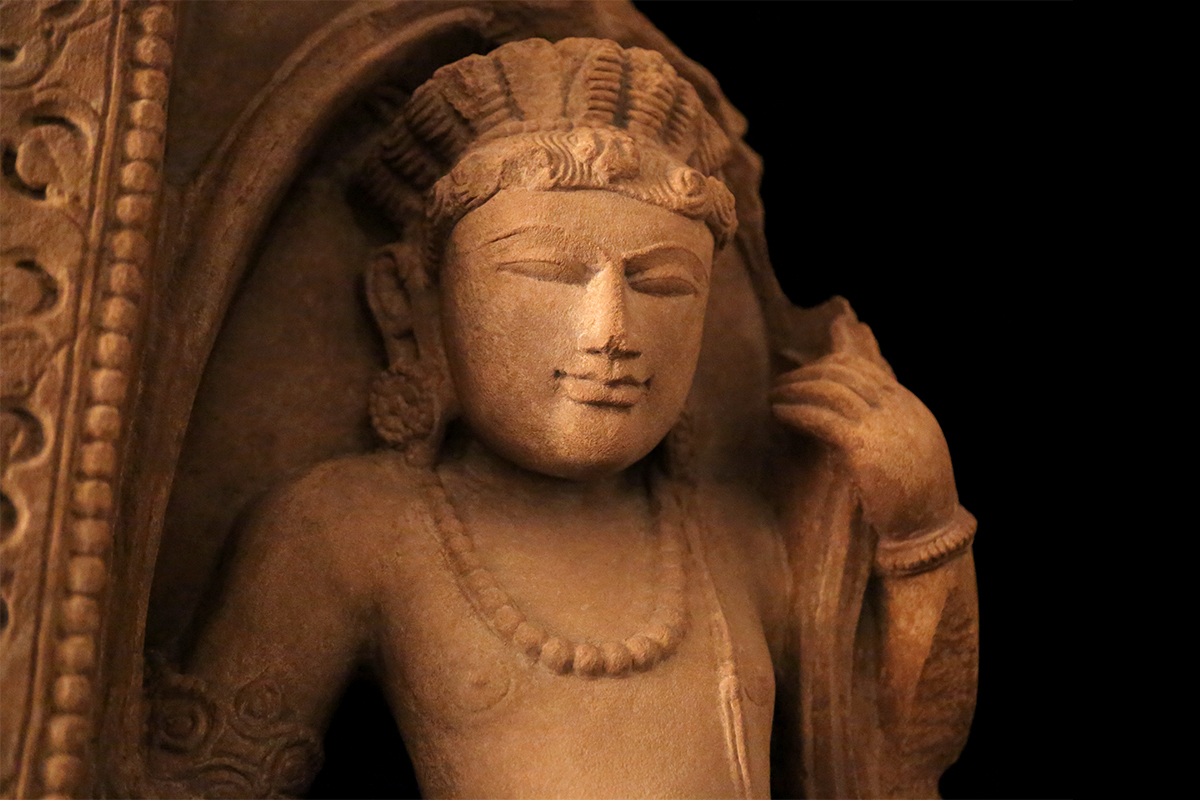 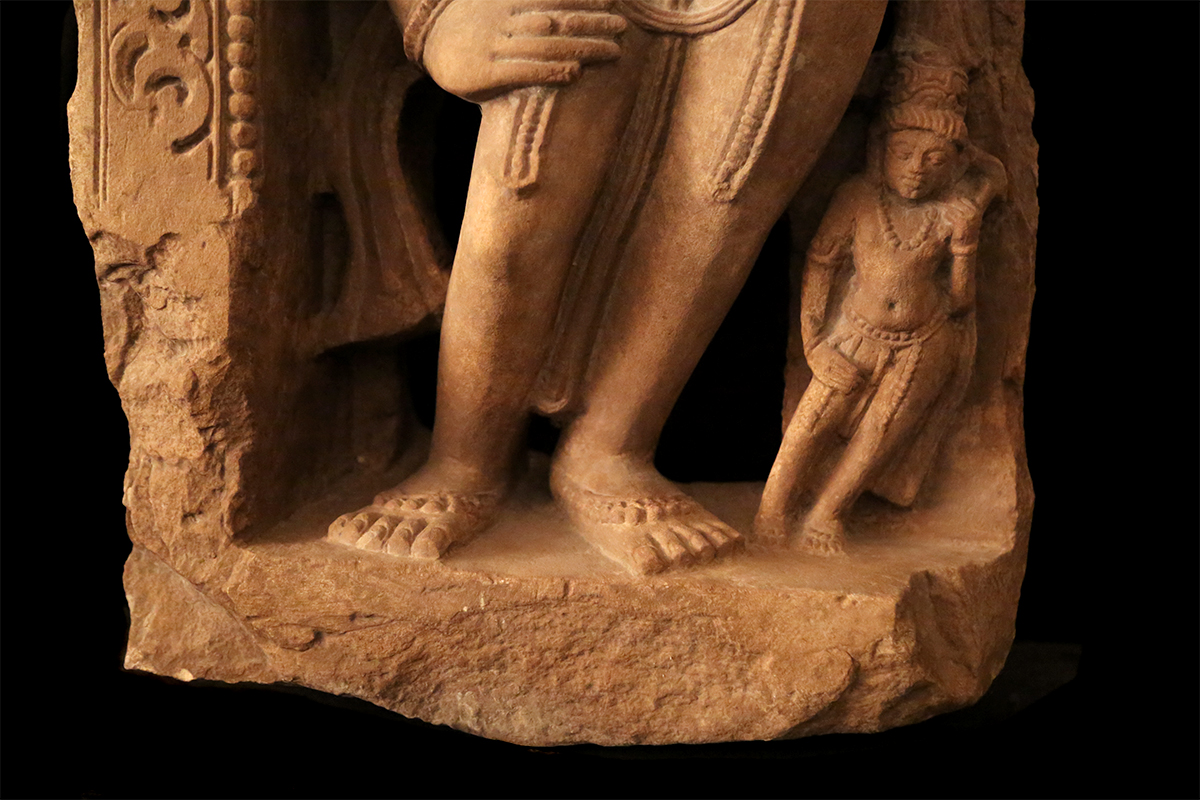 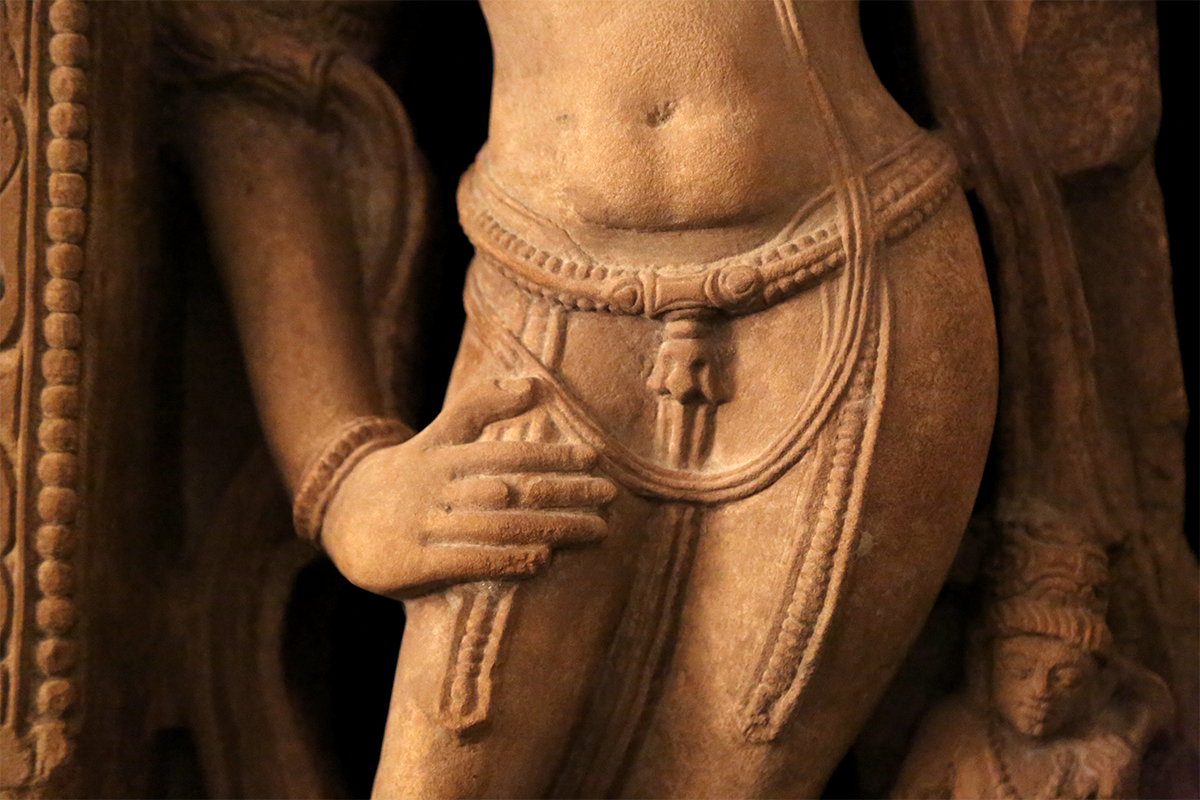 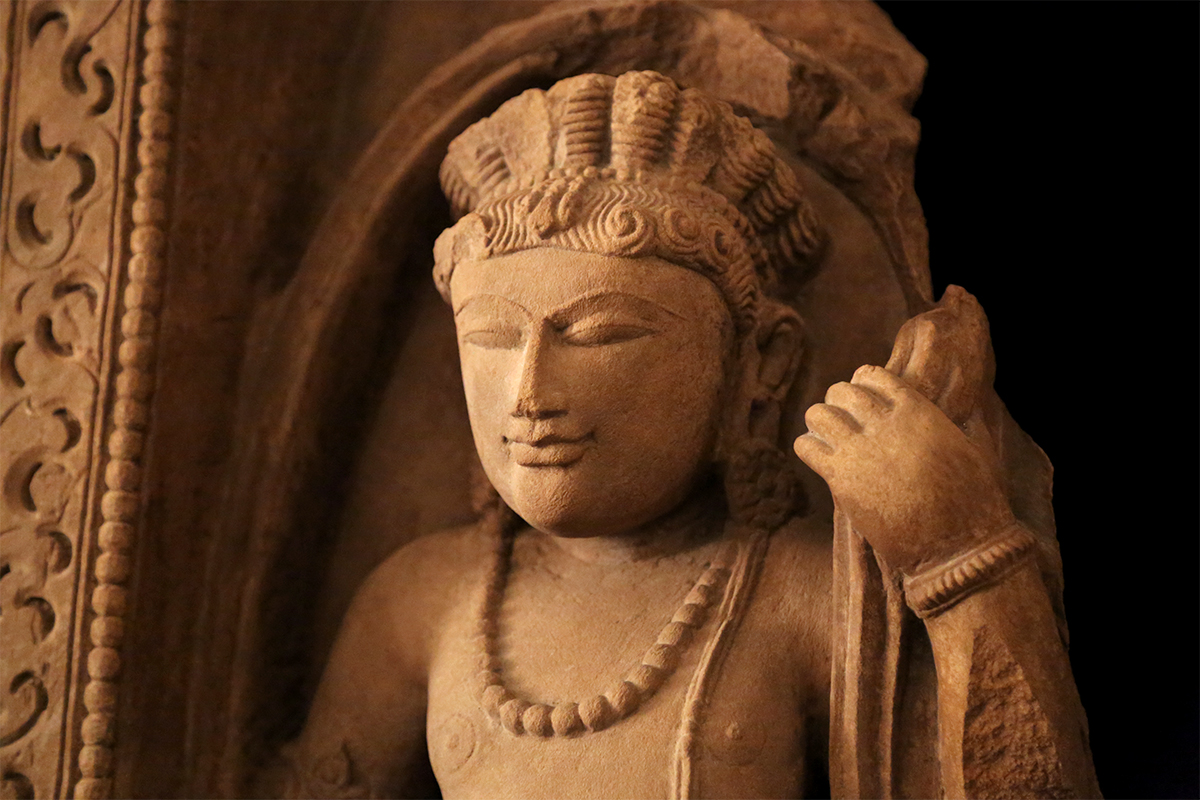 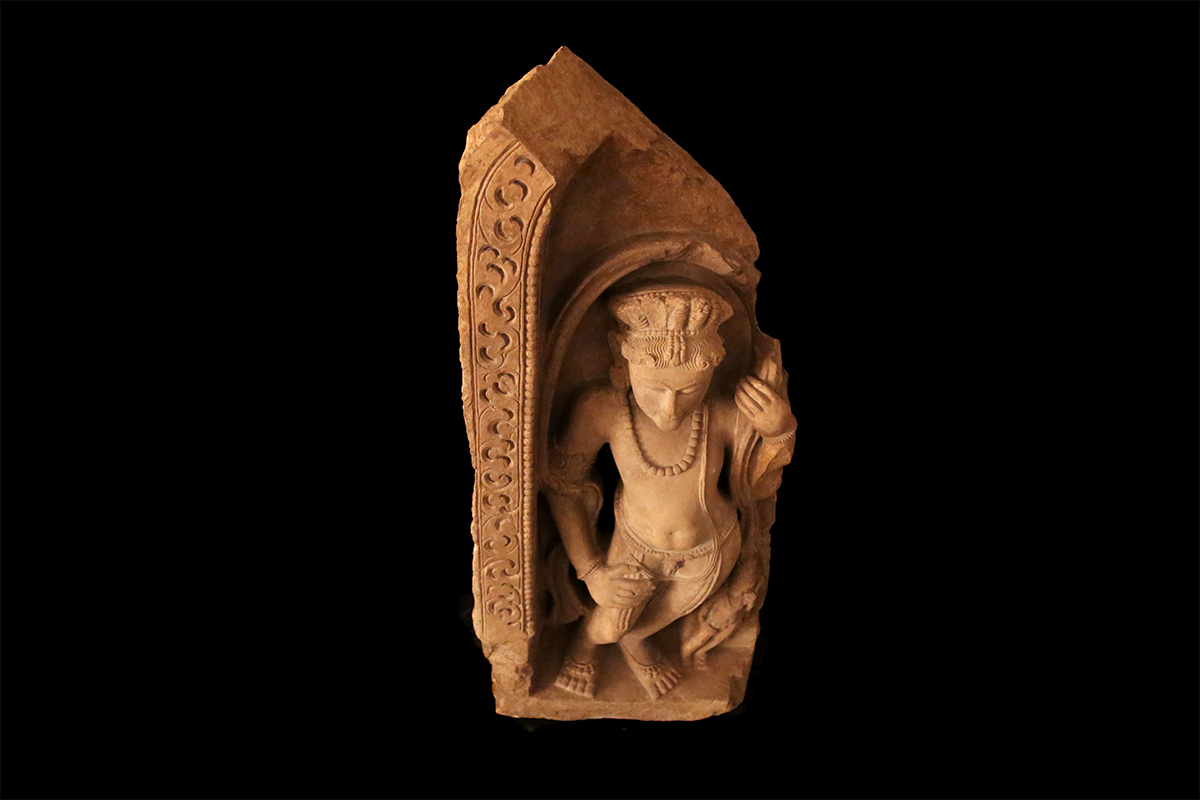 94cm high with stand, 86cm without

Krishna (/ˈkrɪʃnə/; Sanskrit: कृष्ण, Kṛṣṇa in IAST, pronounced [ˈkr̩ʂɳə] ) is considered the supreme deity, worshipped across many traditions of Hinduism in a variety of different perspectives. Krishna is recognized as the eighth incarnation (avatar) of Lord Vishnu, and one and the same as Lord Vishnu one of the trimurti and as the supreme god in his own right. Krishna is the principal protagonist with Arjuna in the Bhagavad Gita also known as the Song of God, which depicts the conversation between the Royal Prince Arjuna and Krishna during the great battle of Kurukshetra 5000 years ago where Arjuna discovers that Krishna is God and then comprehends his nature and will for him and for mankind. In present age Krishna is one of the most widely revered and most popular of all Indian divinities.