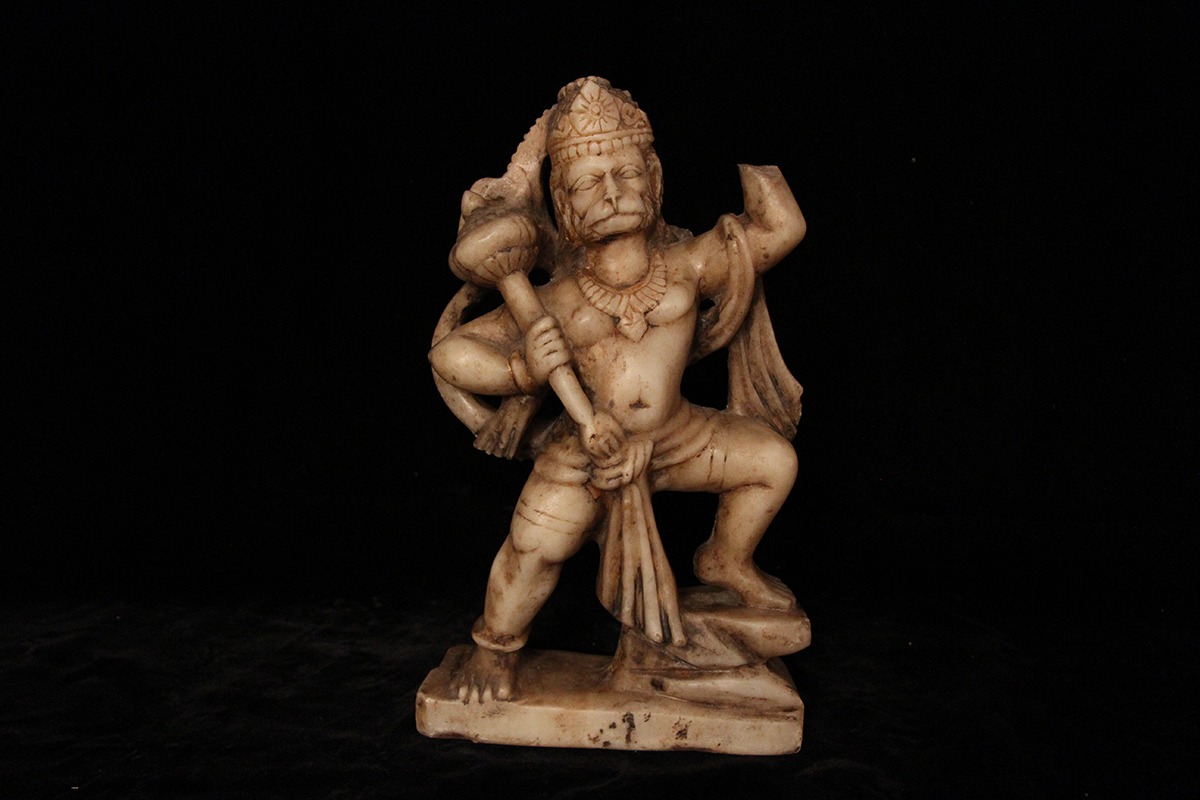 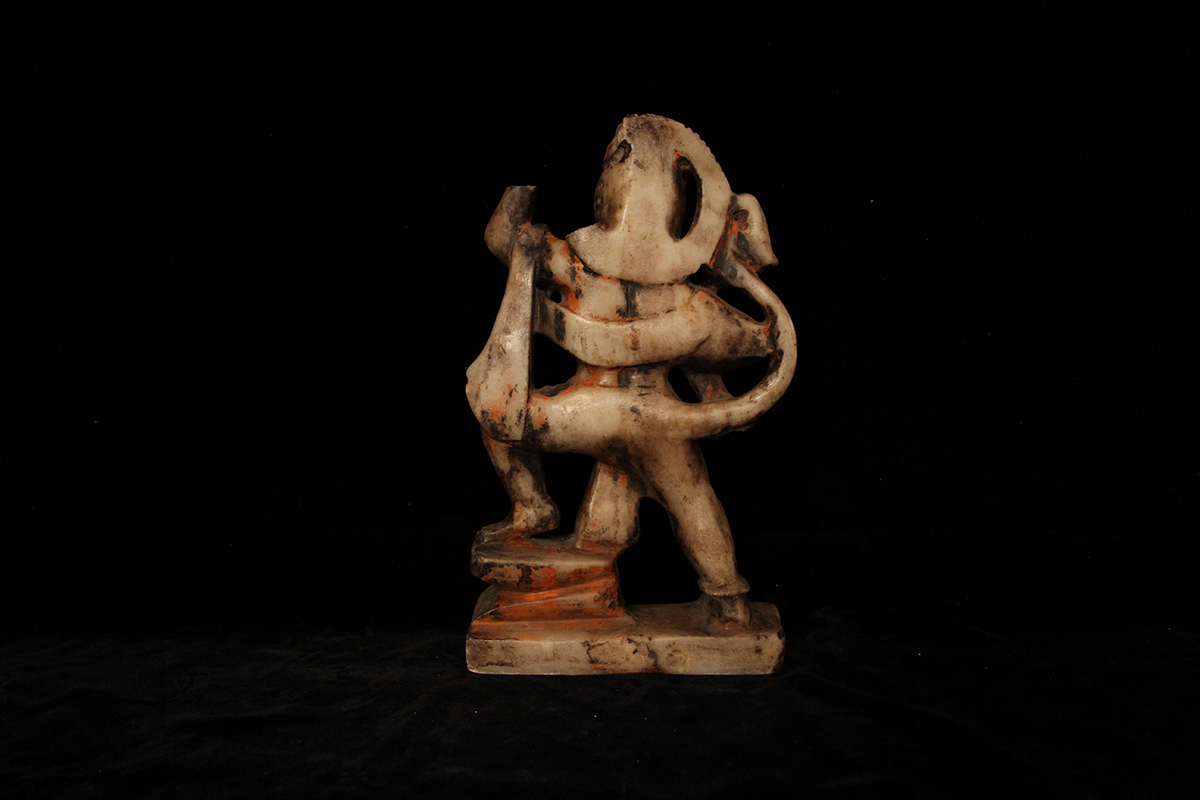 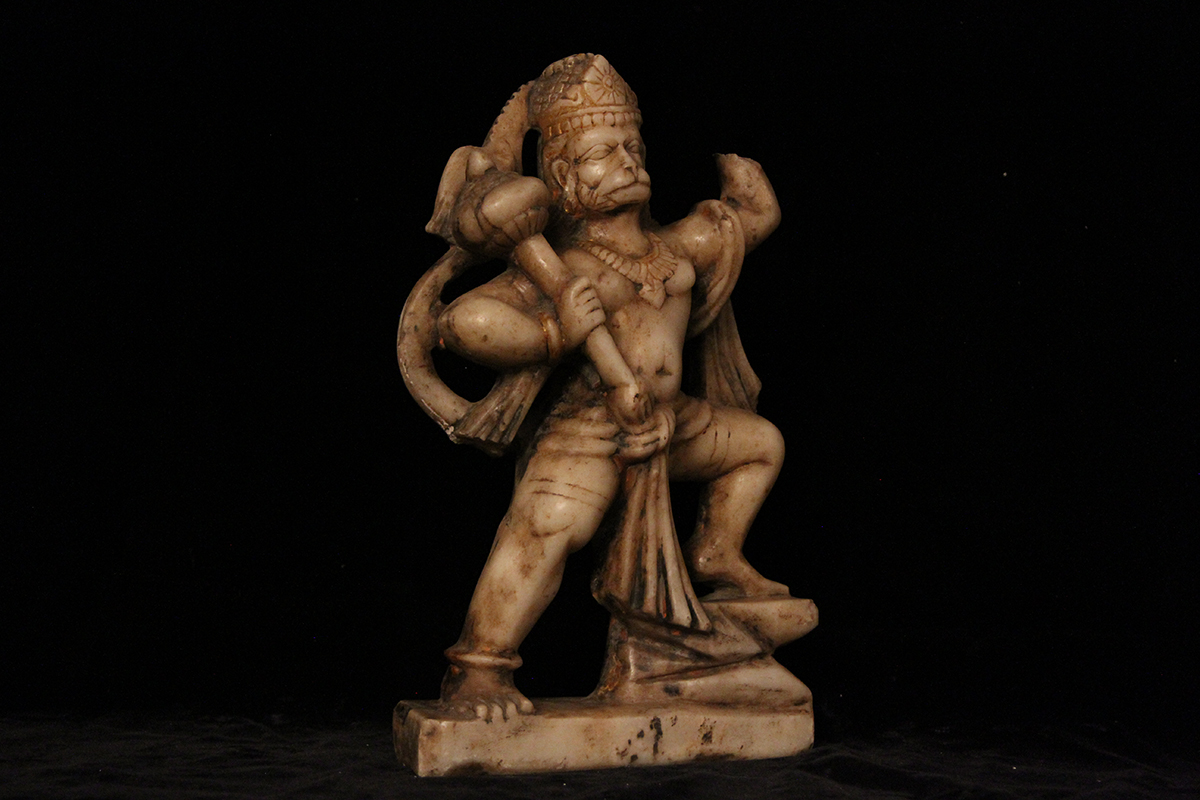 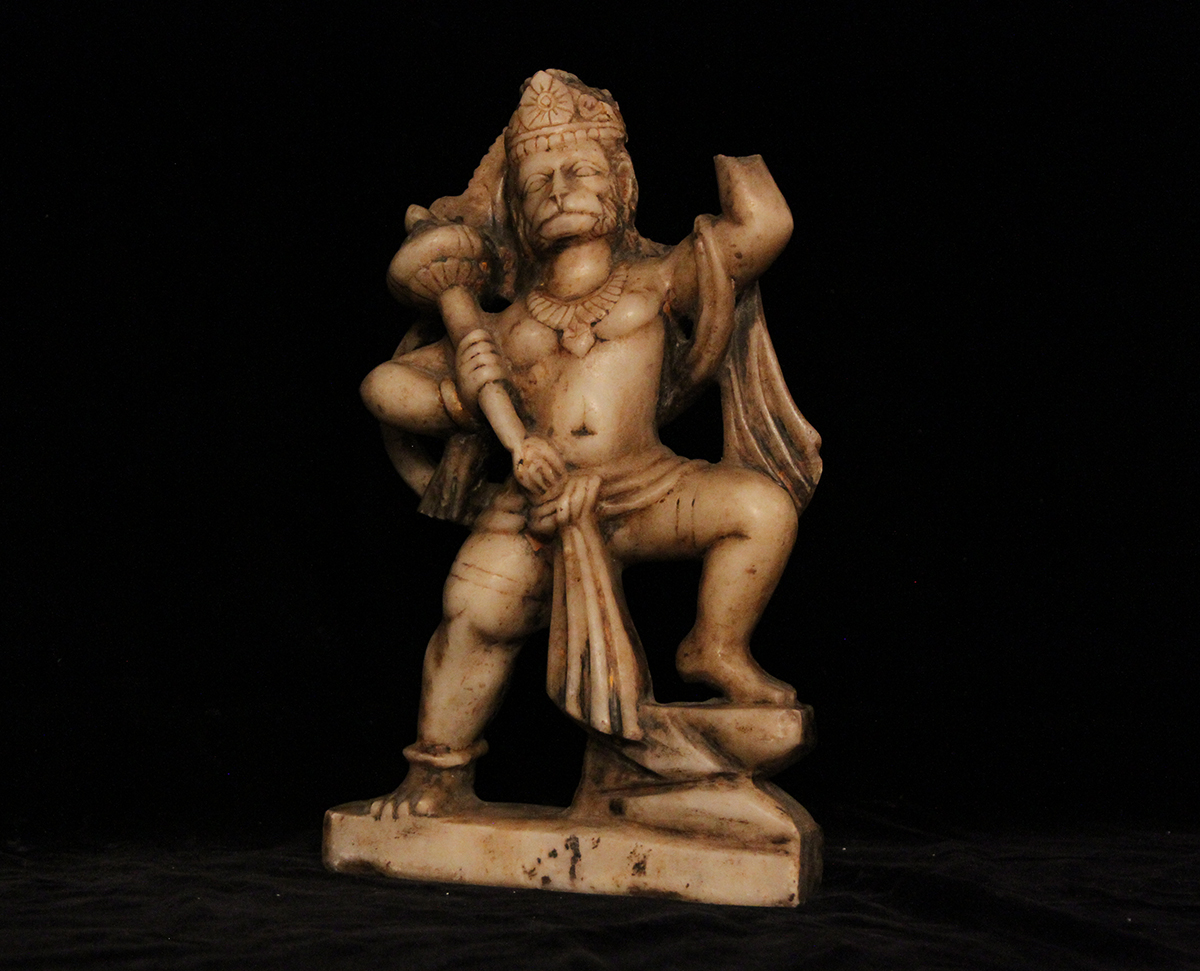 Hanuman (/ˈhʌnʊˌmɑːn, ˈhɑːnʊ-, ˌhʌnʊˈmɑːn, ˌhɑːnʊ-/; Hanumān in IAST) the monkey is a Hindu god and an ardent devotee of Rama. He is a central character in the Hindu epic Ramayana and its various versions. He is also mentioned in several other texts, including Mahabharata, the various Puranas and some Jain texts. A vanara, Hanuman participated in Rama’s war against the demon king Ravana. Several texts also present him as an incarnation of Lord Shiva. He is the son of Anjana and Kesari, and is also described as the son of Vayu, who according to several stories, played a role in his birth. Hanuman birth name Maruti was given by the 3 shakti’s : Goddess Parvati, Goddess Lakshmi and Goddess Saraswati.