Family Icon, Lord Shiva with his wife and two sons 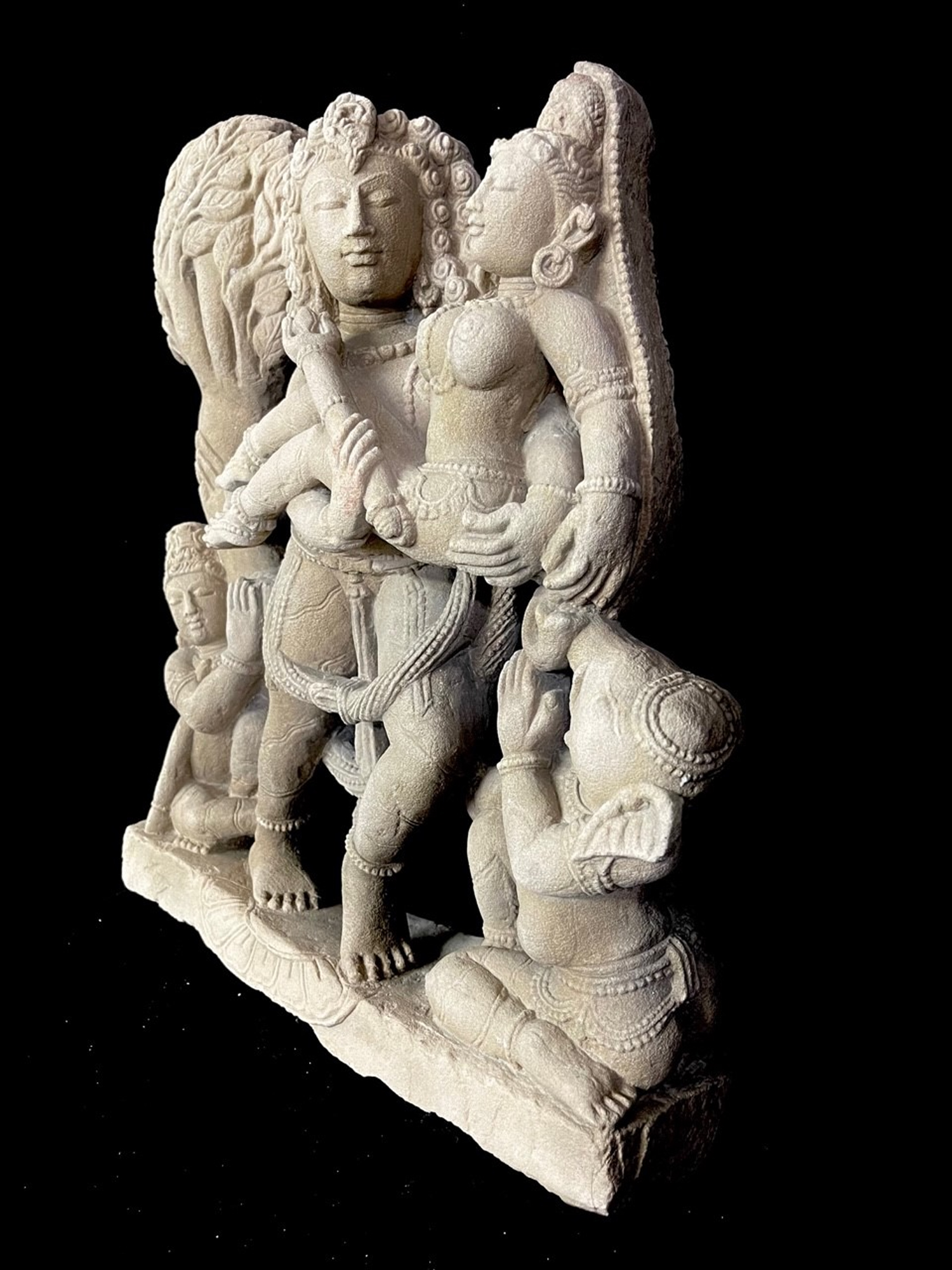 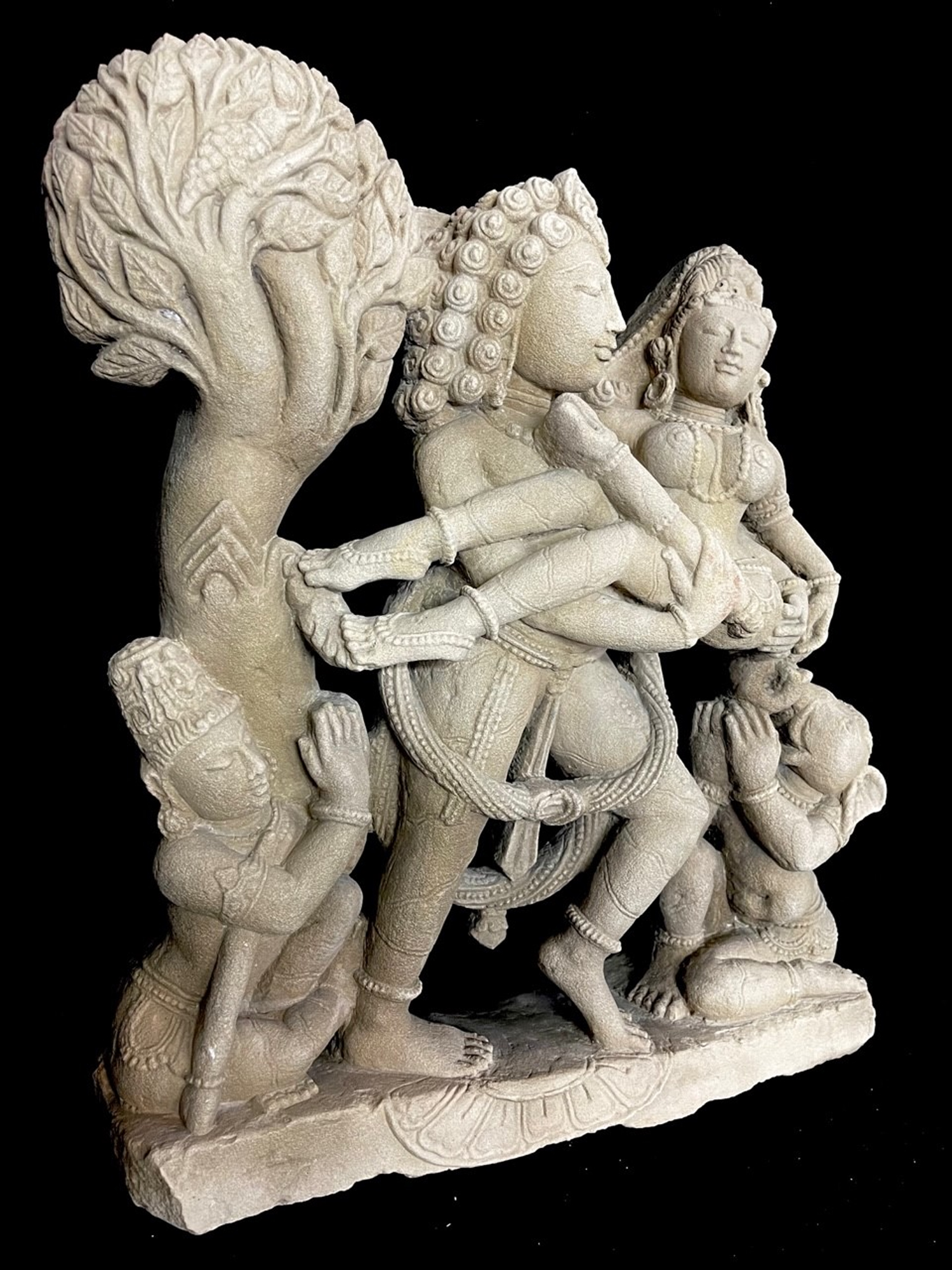 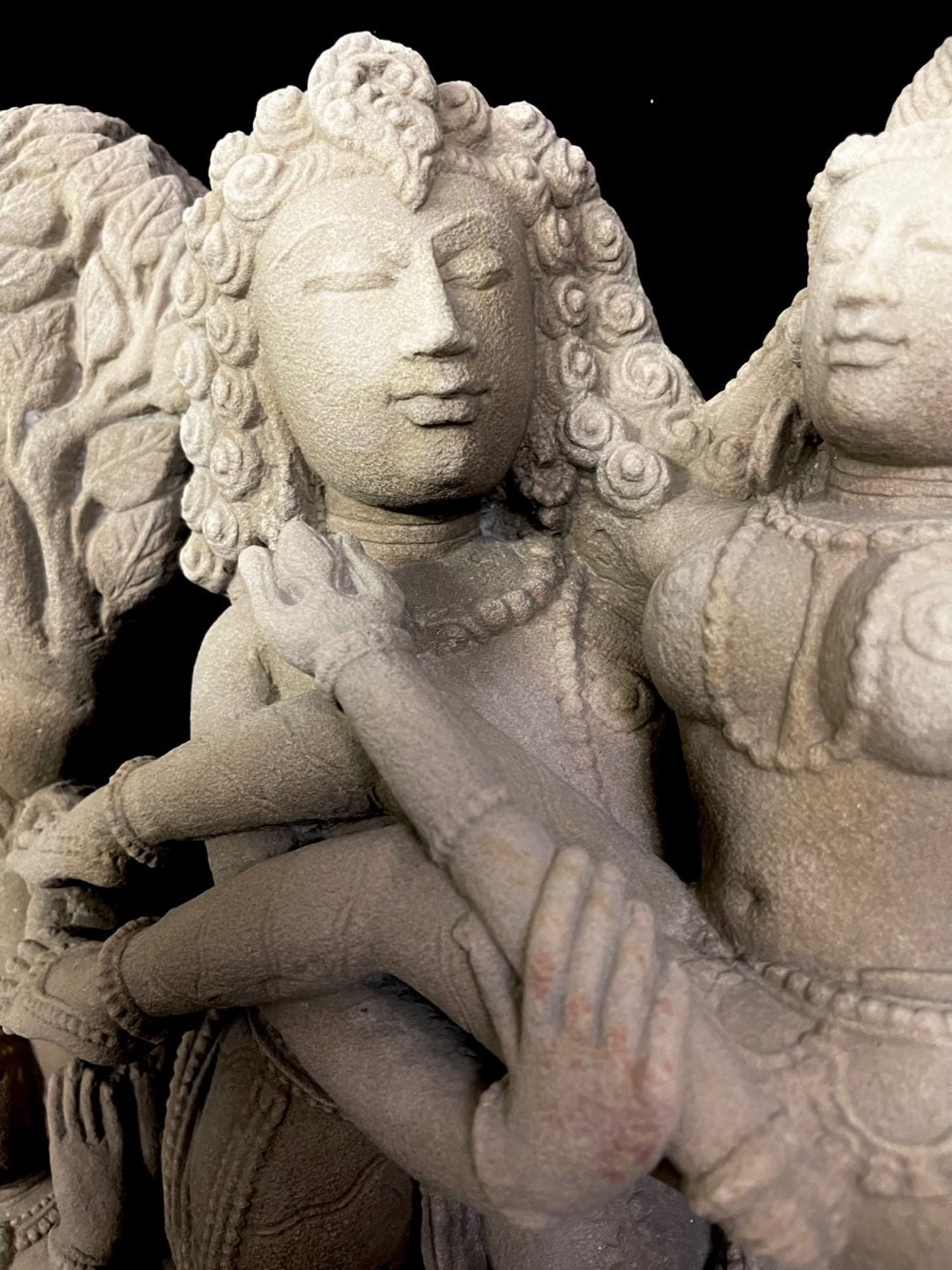 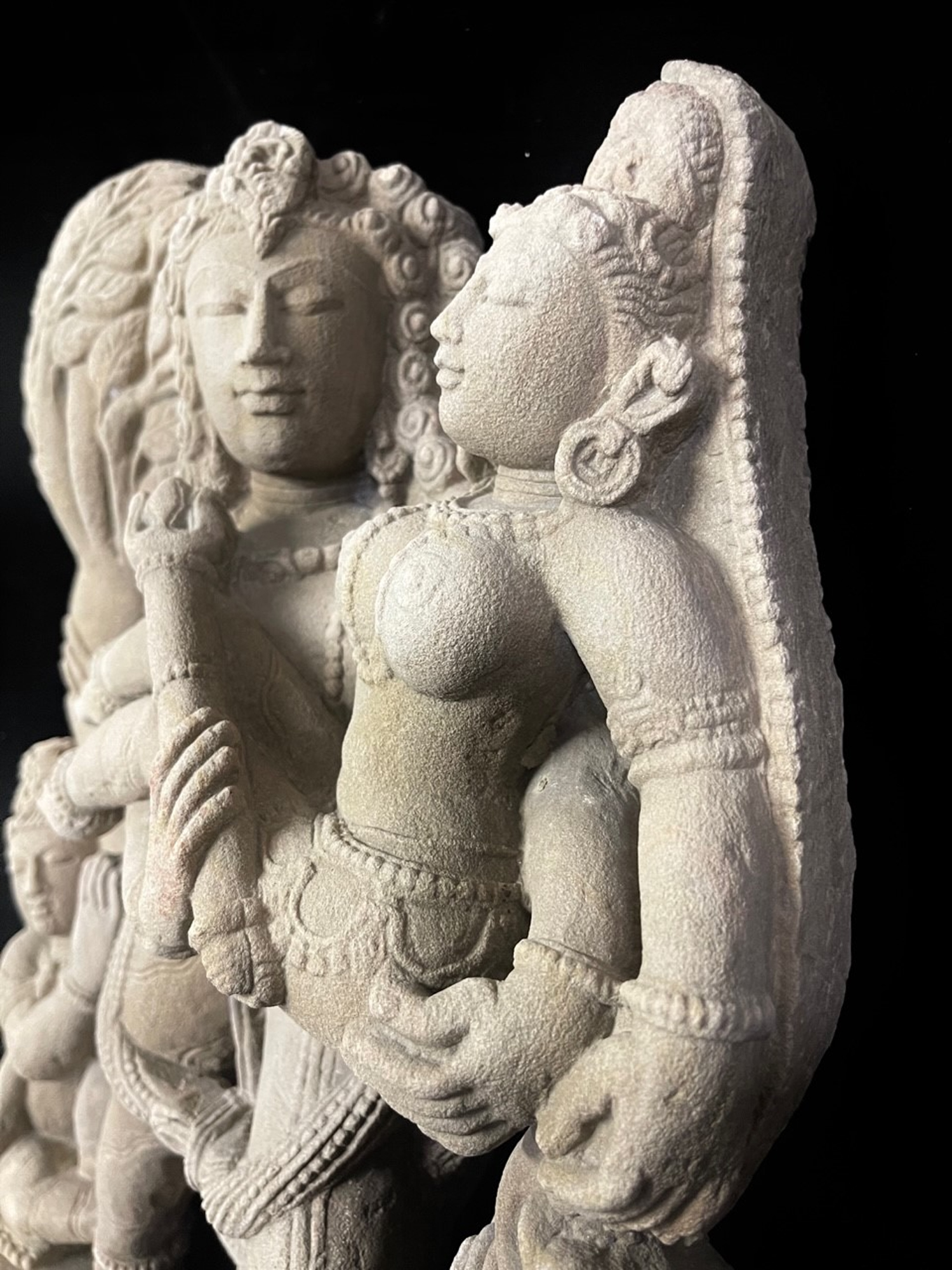 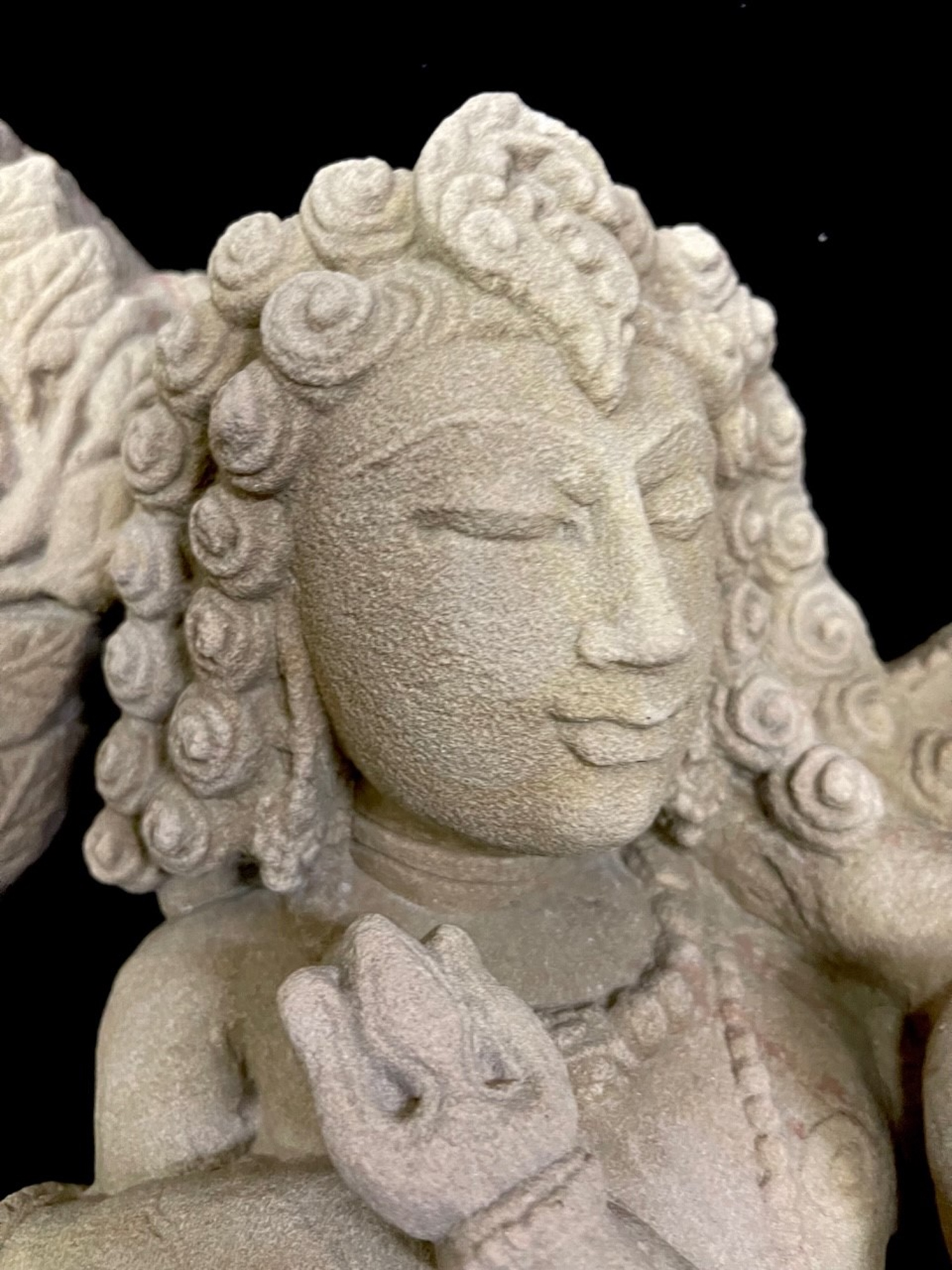 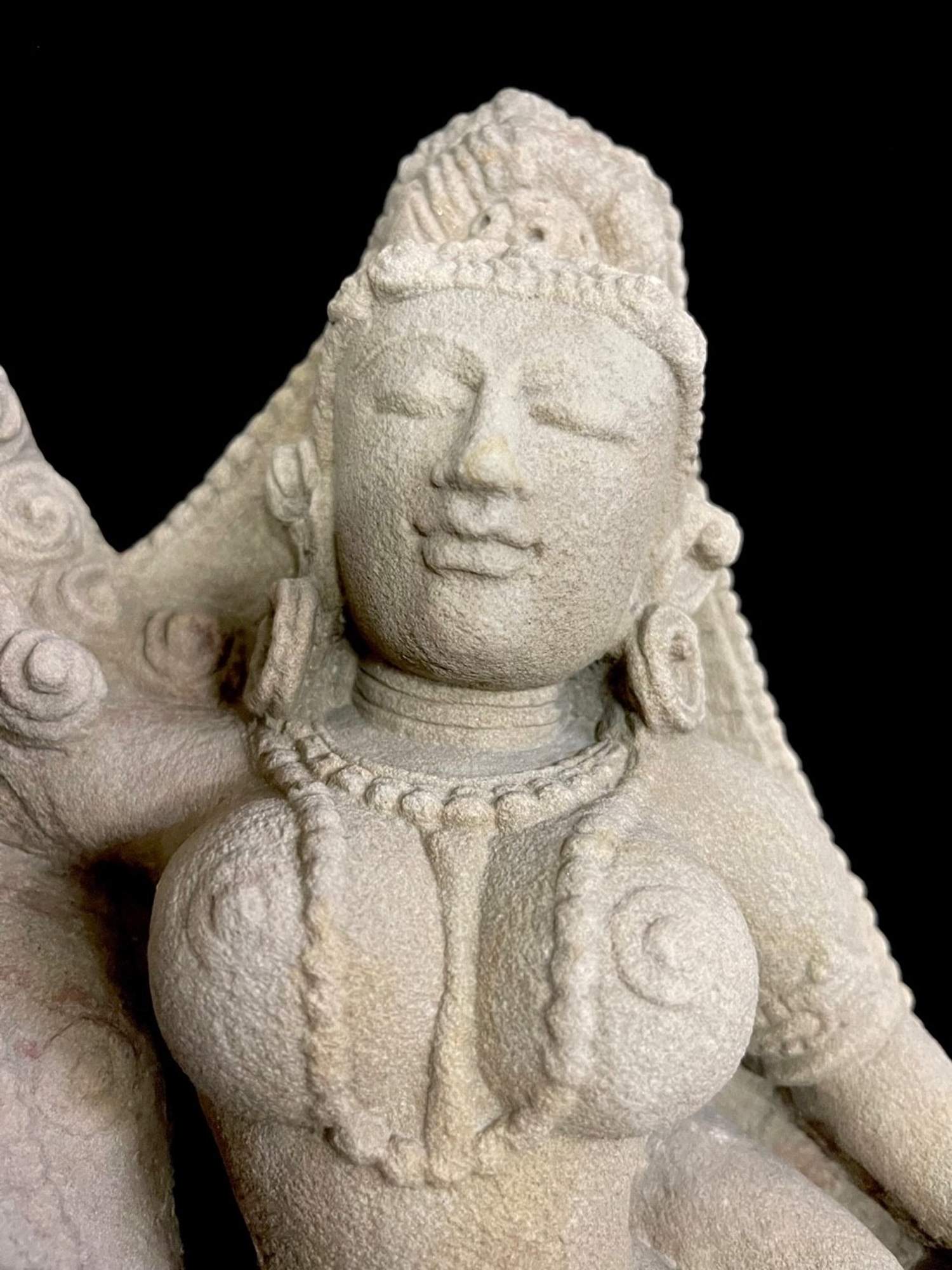 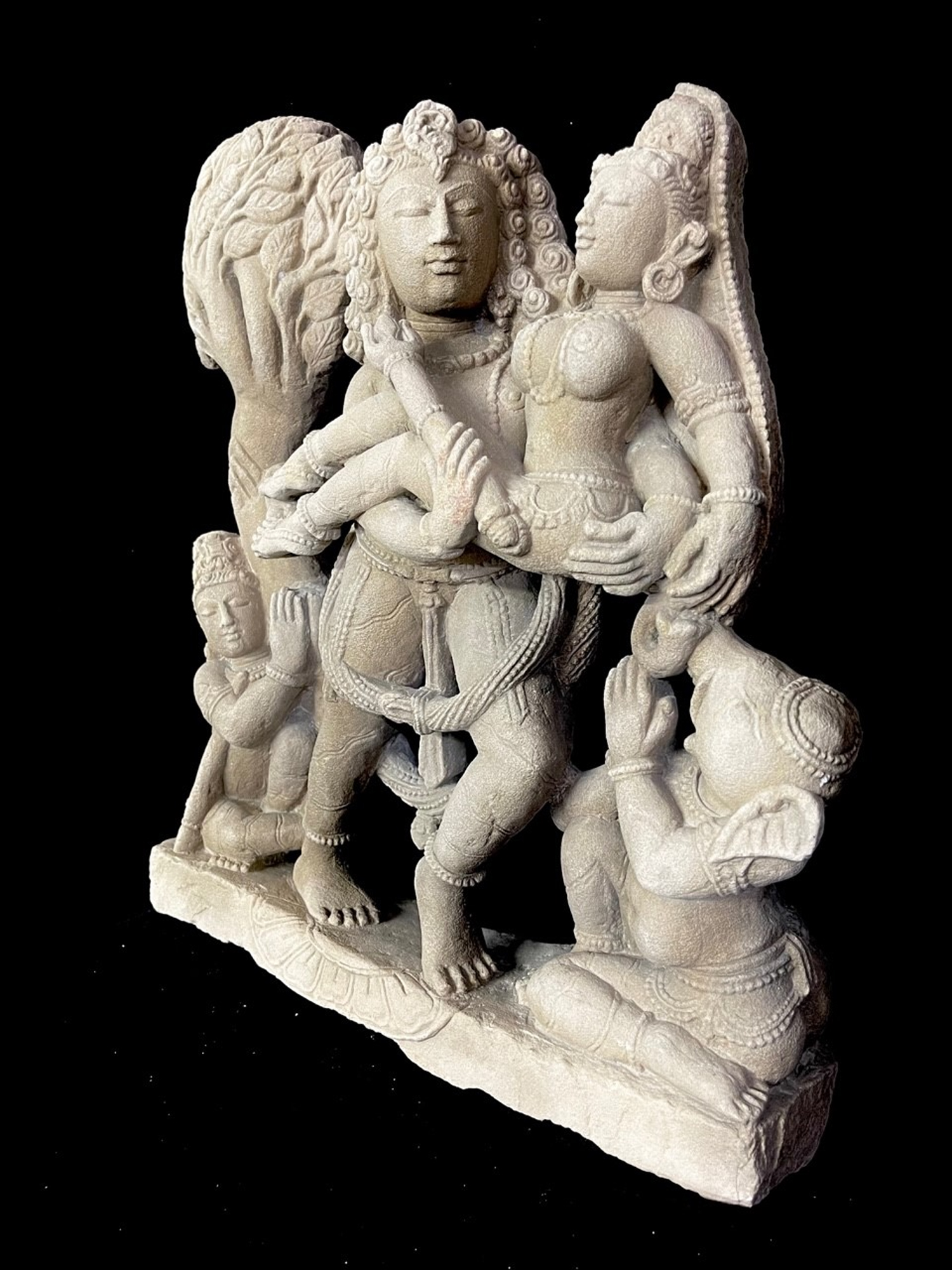 Family Icon, Lord Shiva with his wife and two sons

Shiva (/ˈʃɪvə/; Sanskrit: शिव, lit. ‘The Auspicious One’ [ɕɪʋɐ], IAST: Śiva), also known as Mahadeva (/ˈməhɑː dɛvə/; Sanskrit: महादेव:, lit. ‘The Great God'[mɐɦaːd̪eːʋɐ]),[9][10][11] is one of the principal deities of Hinduism. He is the Supreme Being in Shaivism, one of the major traditions within Hinduism.[12][13] Shiva has pre-Vedic tribal roots,[14][15] and the figure of Shiva as we know him today is an amalgamation of various older non-Vedic and Vedic deities, including the Rigvedic storm god Rudra who may also have non-Vedic origins,[16] into a single major deity.[17][18][19][20] Shiva is known as “The Destroyer” within the Trimurti, the triple deity of supreme divinity that includes Brahma and Vishnu.[1][21] In the Shaivite tradition, Shiva is the Supreme Lord who creates, protects and transforms the universe.[9][10][11] In the Shakta tradition, the Goddess, or Devi, is described as one of the supreme, yet Shiva is revered along with Vishnu and Brahma. A goddess is stated to be the energy and creative power (Shakti) of each, with Parvati (Sati) the equal complementary partner of Shiva.[22][23] He is one of the five equivalent deities in Panchayatana puja of the Smarta tradition of Hinduism.[12] Shiva is the primal Atman (Self) of the universe.[9][24][25] There are many both benevolent and fearsome depictions of Shiva. In benevolent aspects, he is depicted as an omniscient Yogi who lives an ascetic life on Mount Kailash[1] as well as a householder with wife Parvati and his two children, Ganesha and Kartikeya. In his fierce aspects, he is often depicted slaying demons. Shiva is also known as Adiyogi Shiva, regarded as the patron god of yoga, meditation and arts.[26][27][28]