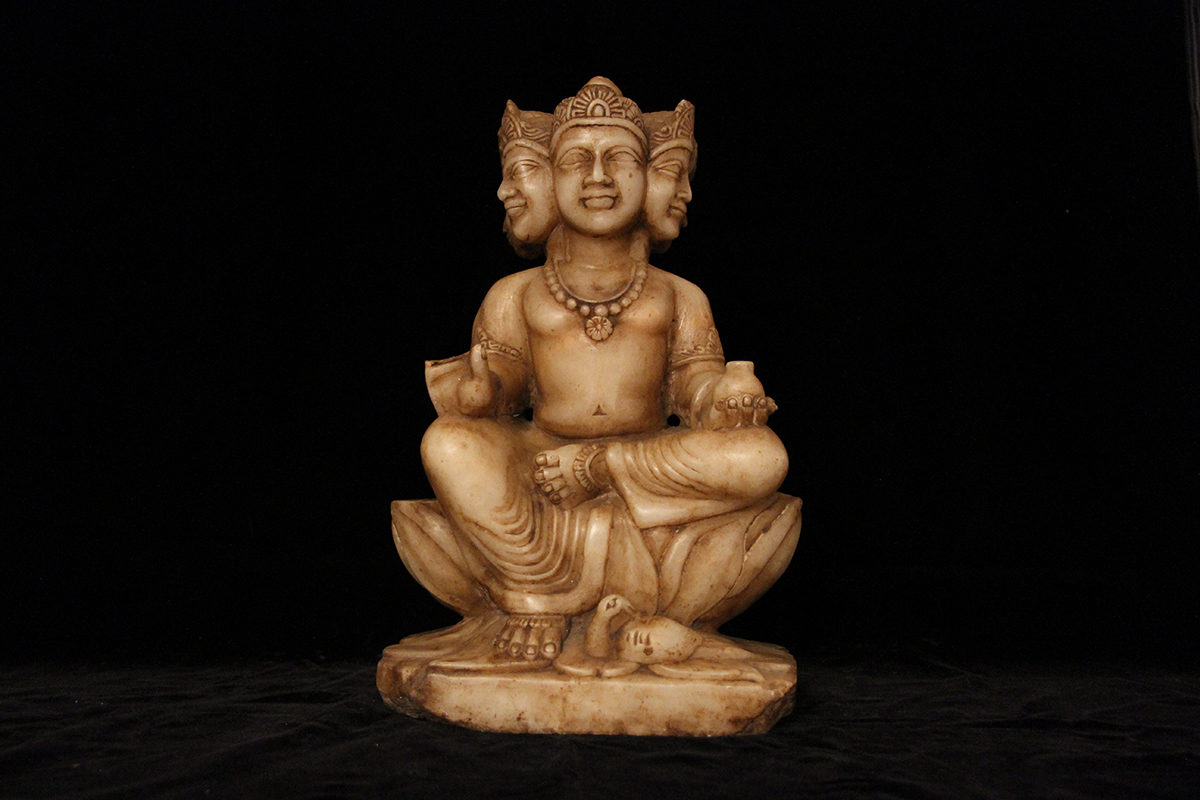 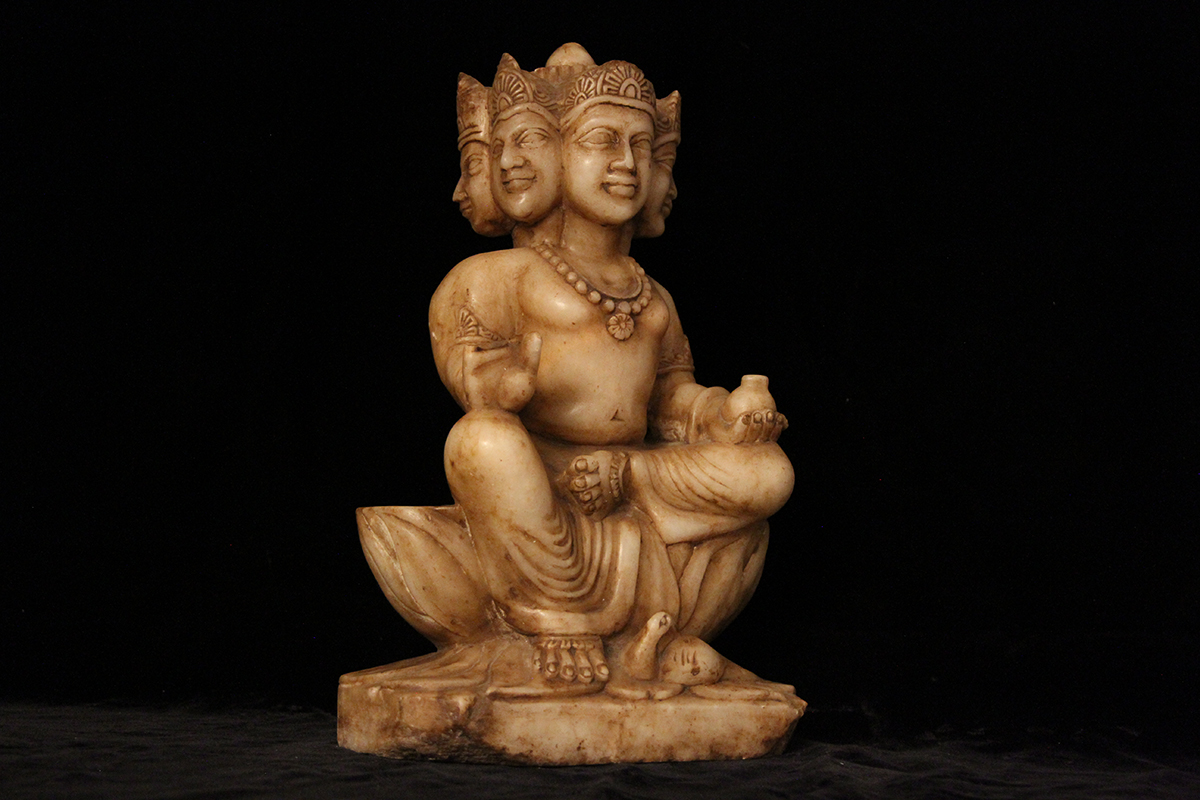 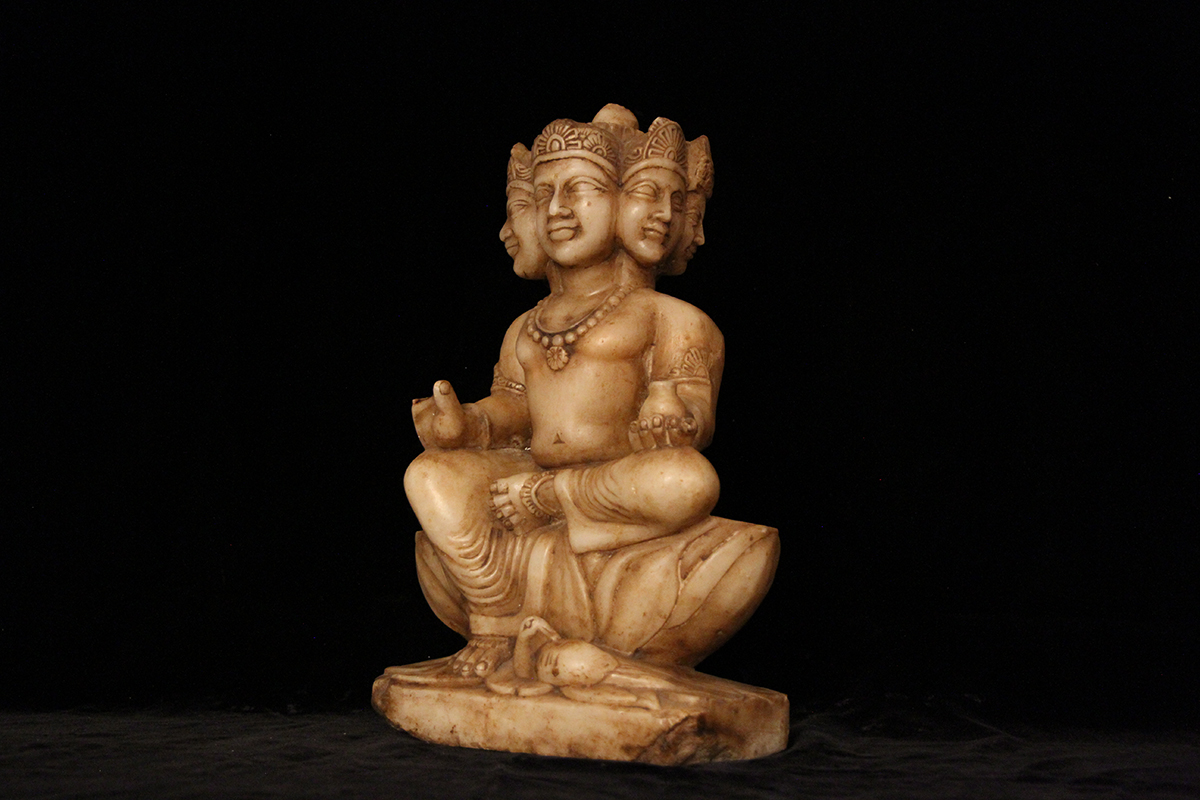 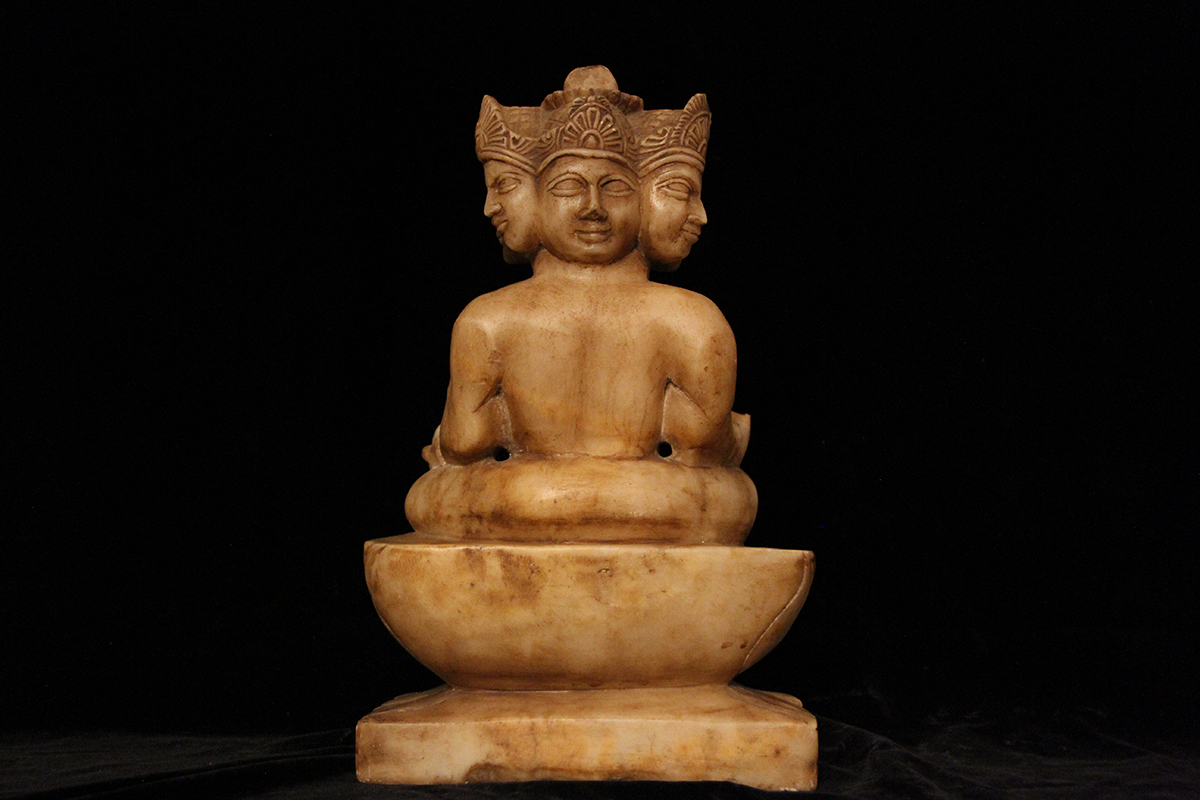 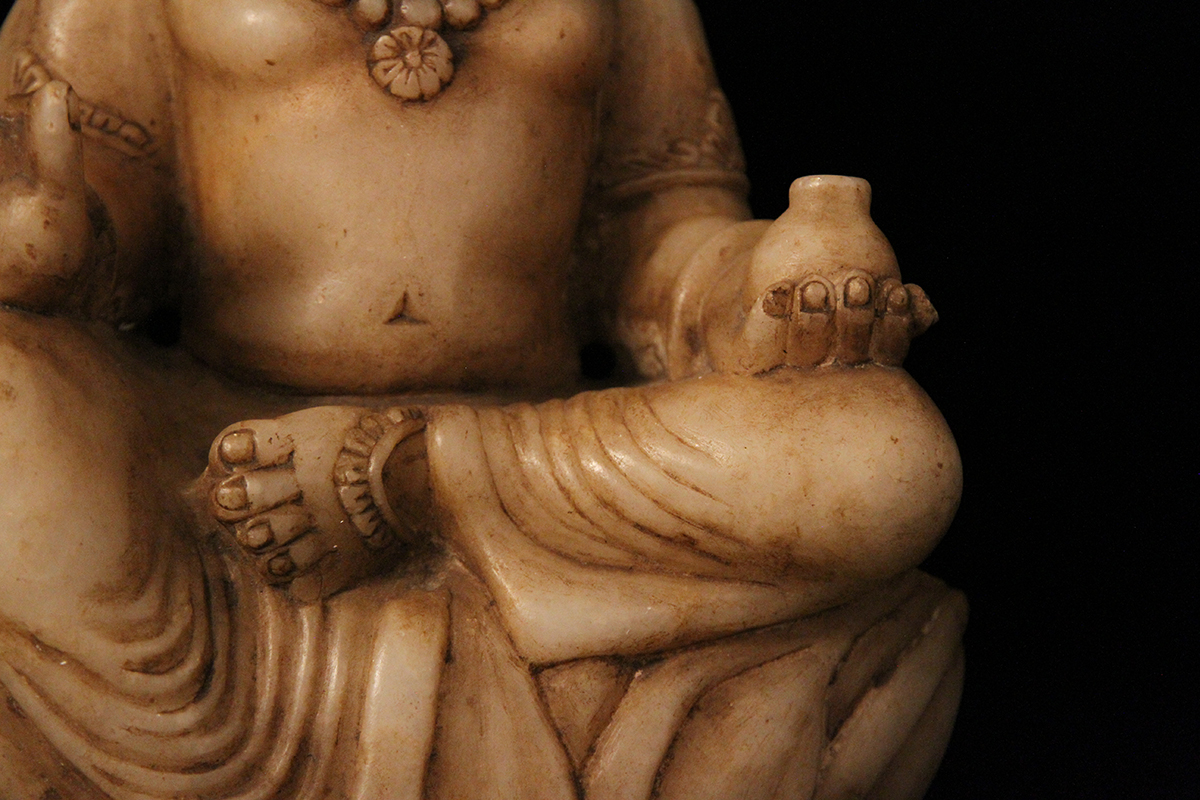 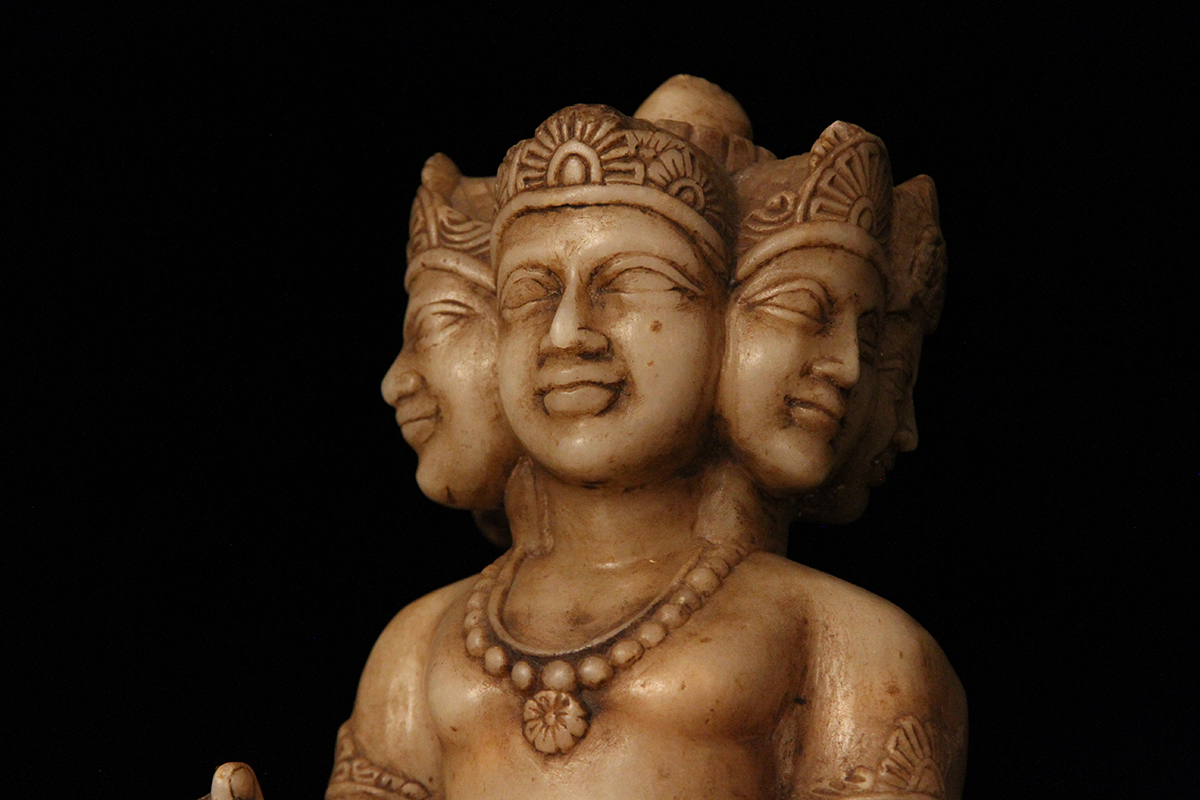 6 Head Brahama ? , soft white marble , sitting over a bird, holding a vase in his left hand