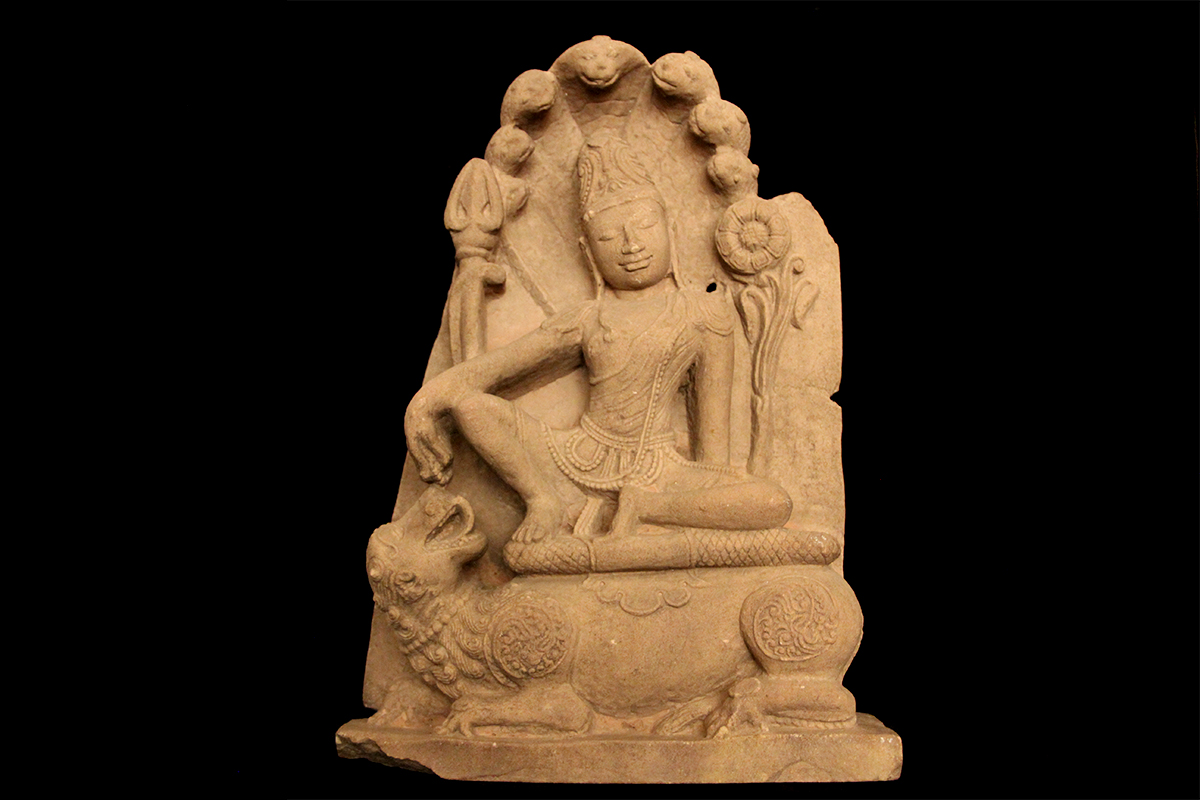 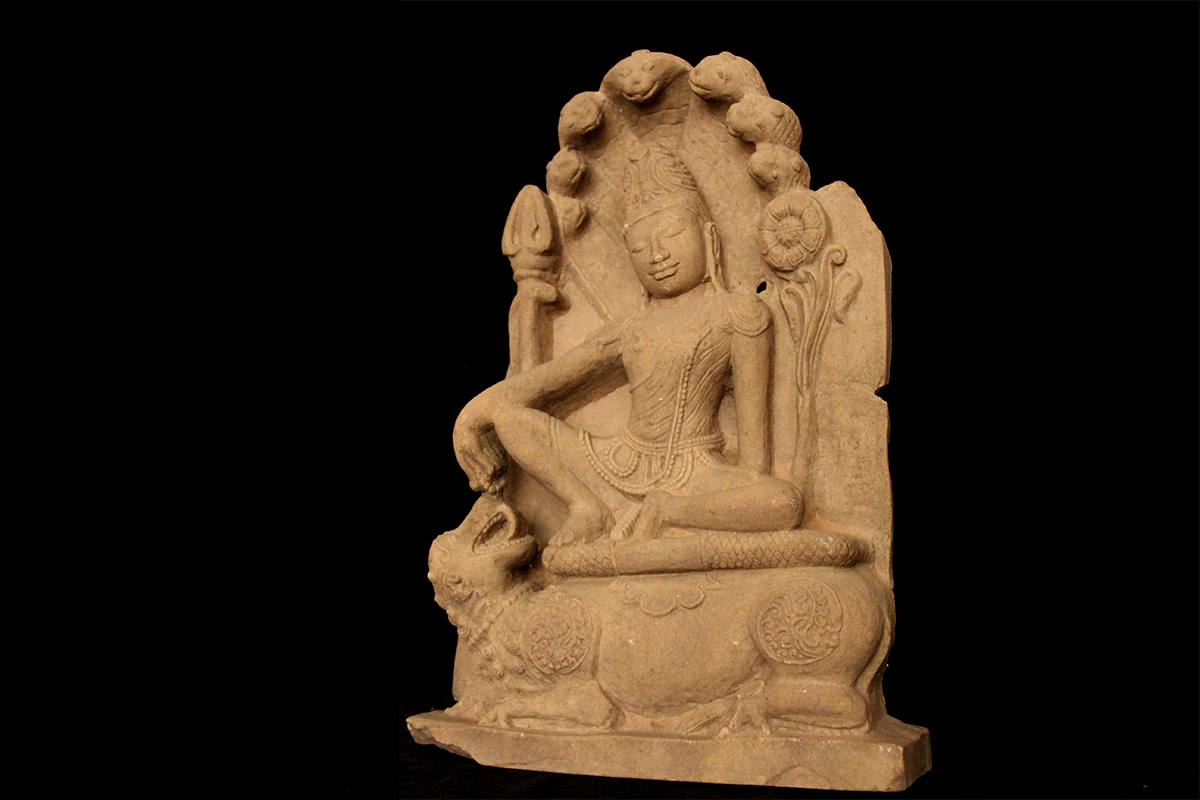 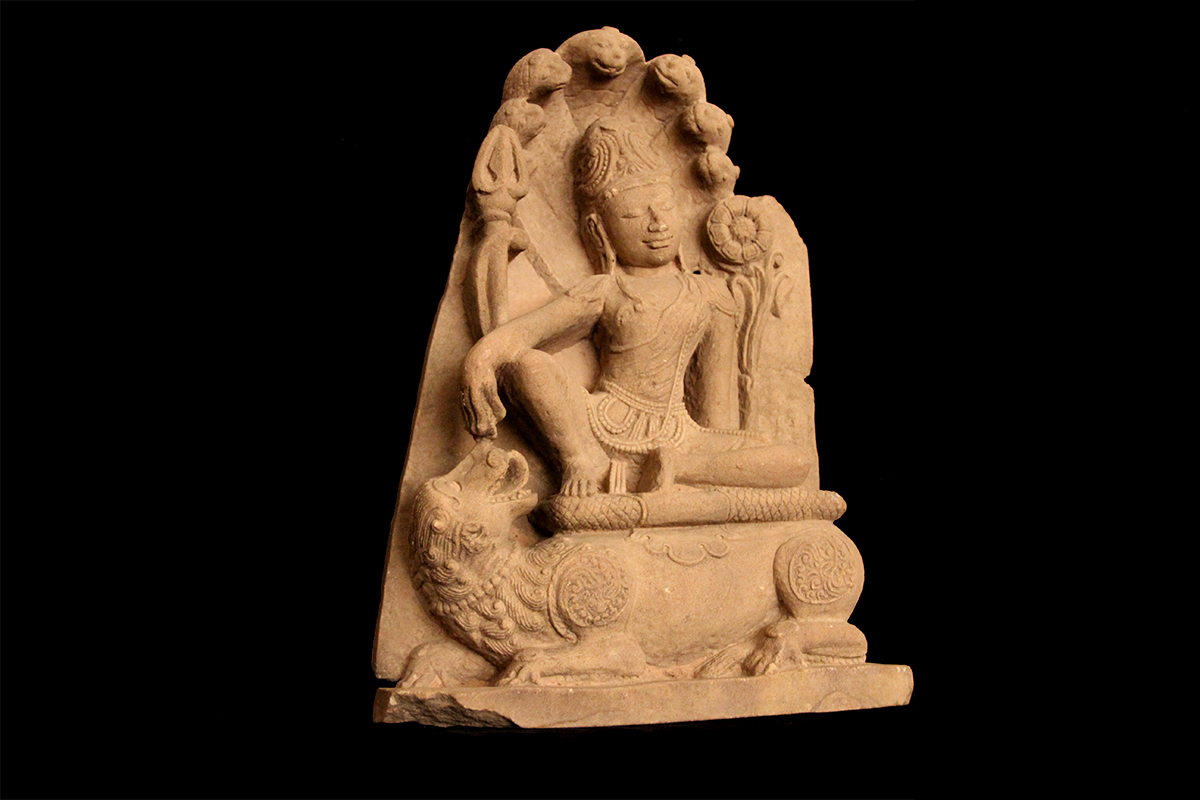 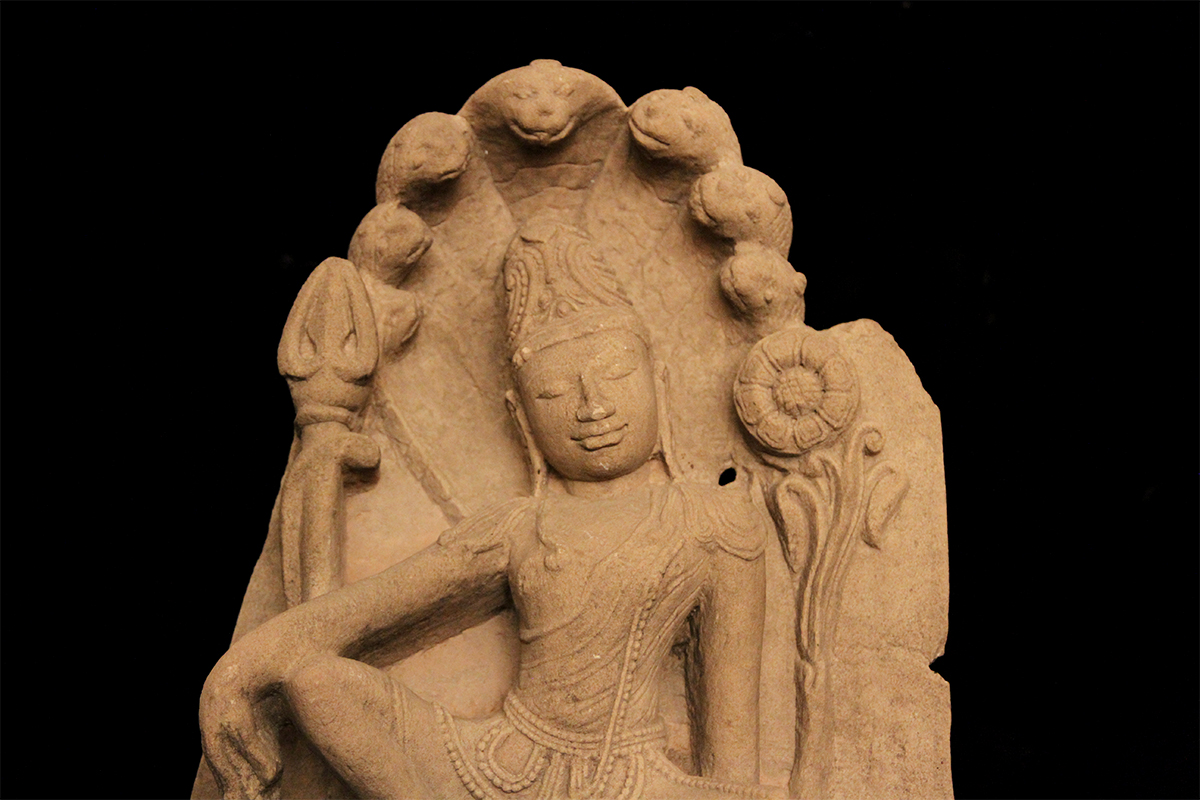 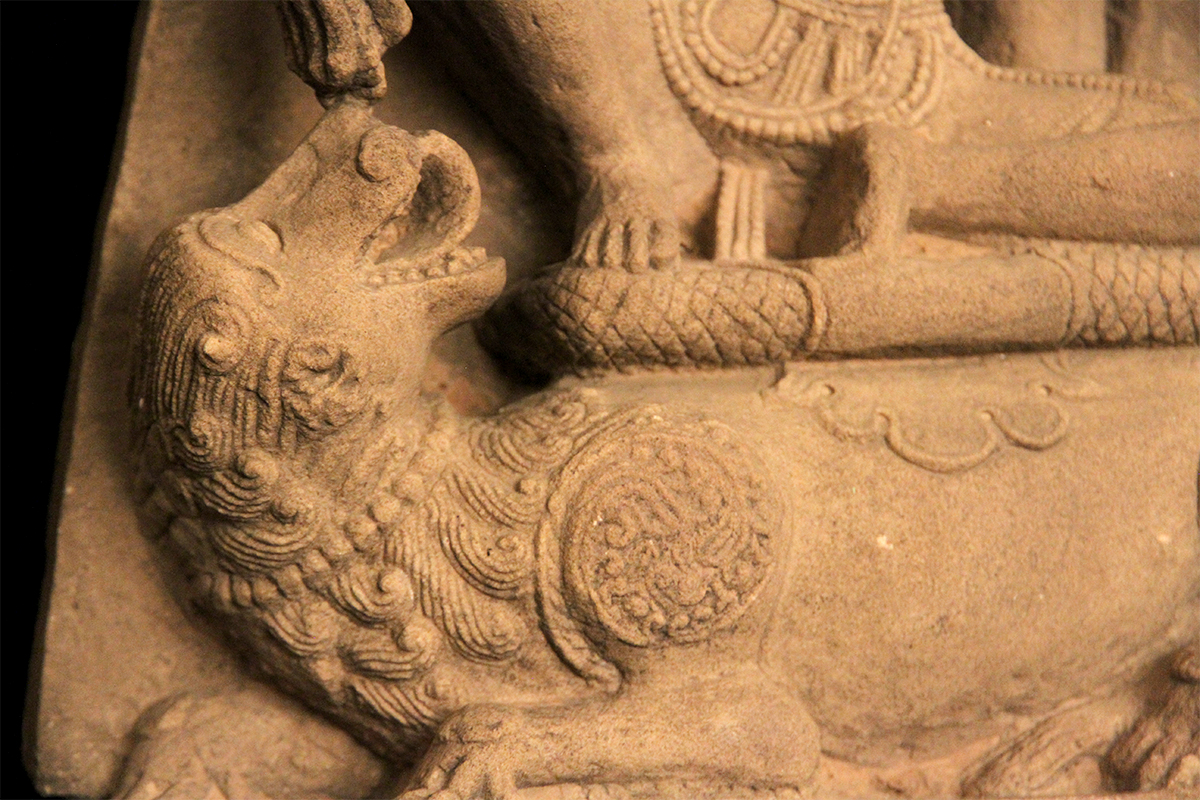 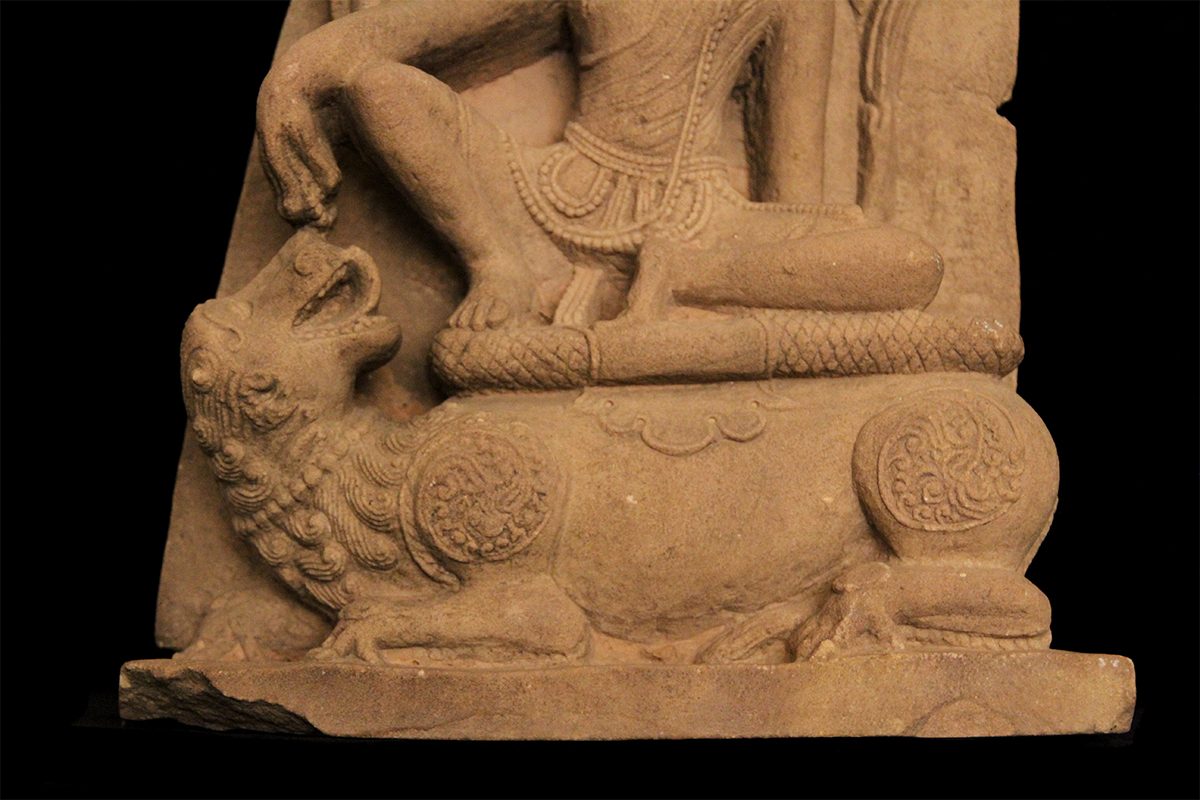 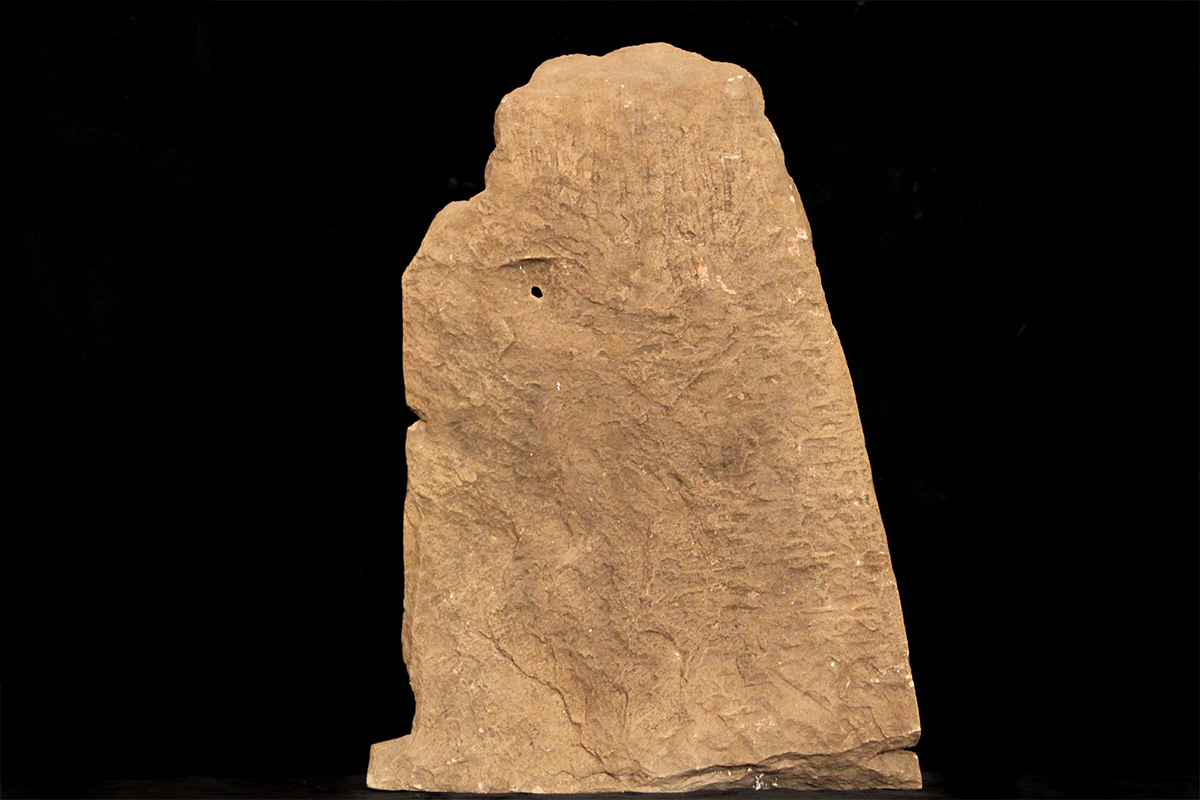 Ksitigarbha (Sanskrit Kṣitigarbha, traditional Chinese: 地蔵) is a bodhisattva primarily revered in East Asian Buddhism and usually depicted as a Buddhist monk. His name may be translated as “Earth Treasury”, “Earth Store”, “Earth Matrix”, or “Earth Womb”. Ksitigarbha is known for his vow to take responsibility for the instruction of all beings in the six worlds between the death of Gautama Buddhaand the rise of Maitreya, as well as his vow not to achieve Buddhahood until all hells are emptied. He is therefore often regarded as the bodhisattva of hell-beings, as well as the guardian of children and patron deity of deceased children and aborted fetuses in Japanese culture, where he is known as Jizō or Ojizō-sama.

Usually depicted as a monk with a halo around his shaved head, he carries a staff to force open the gates of hell and a wish-fulfilling jewel to light up the darkness.