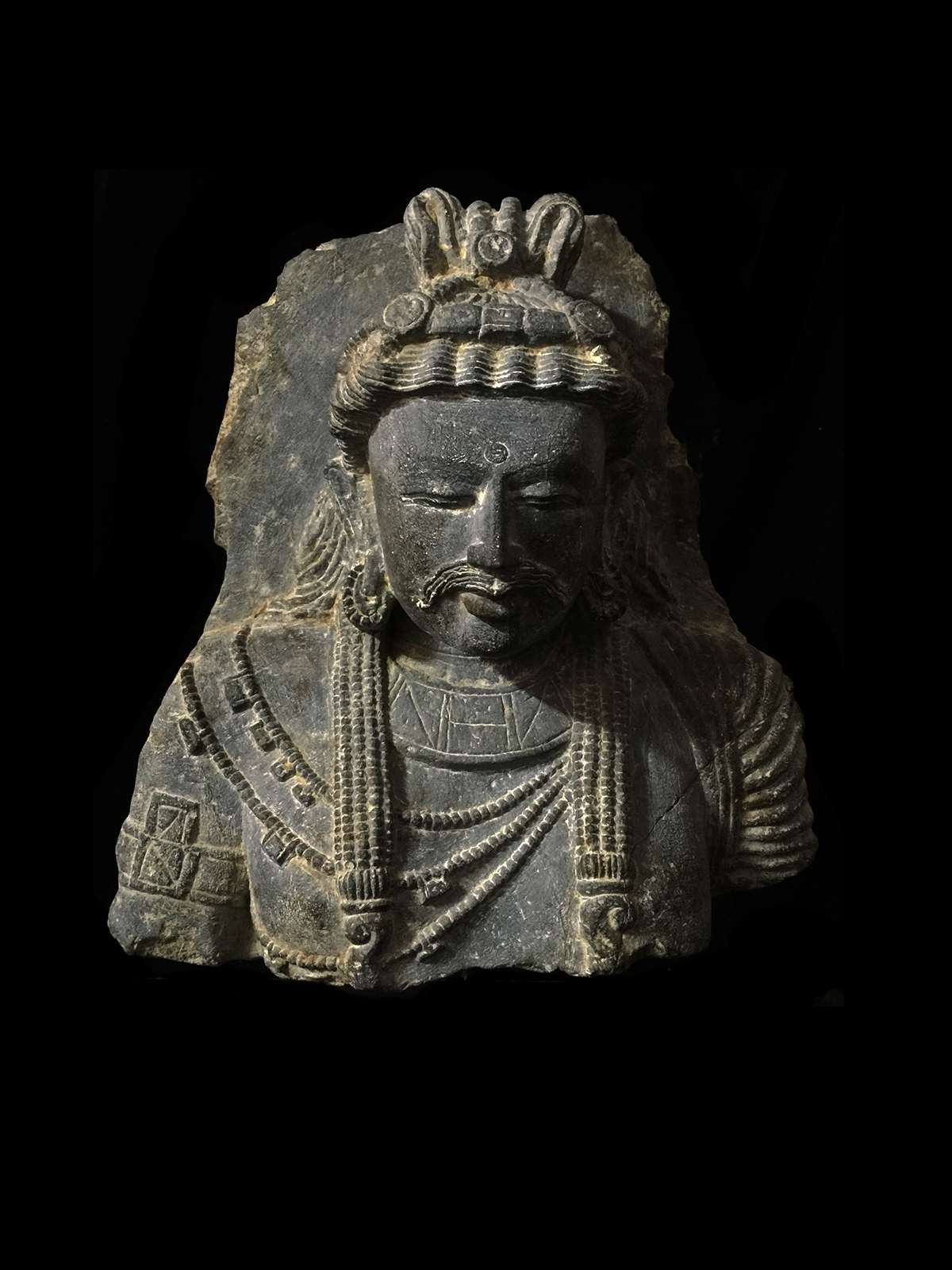 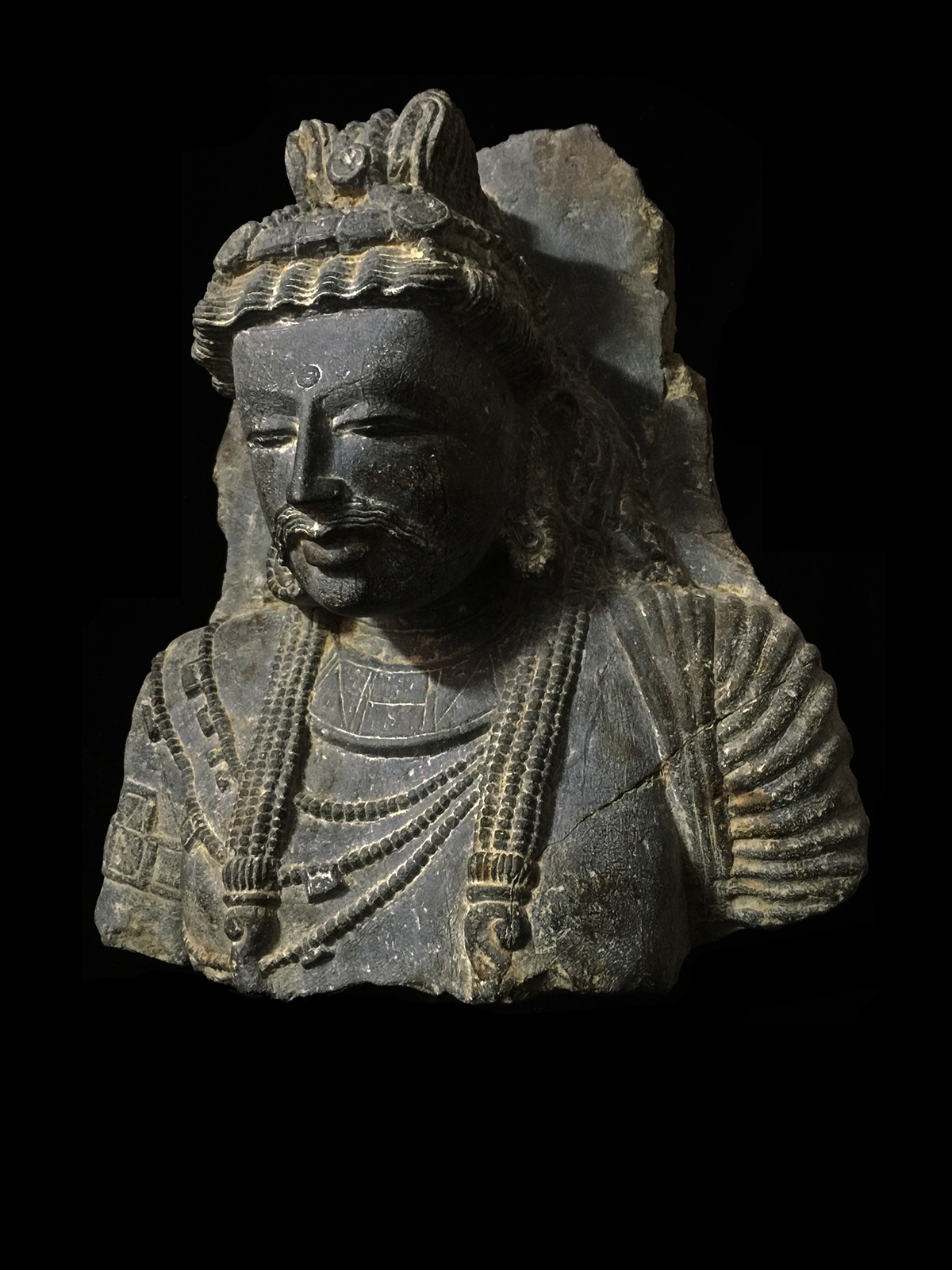 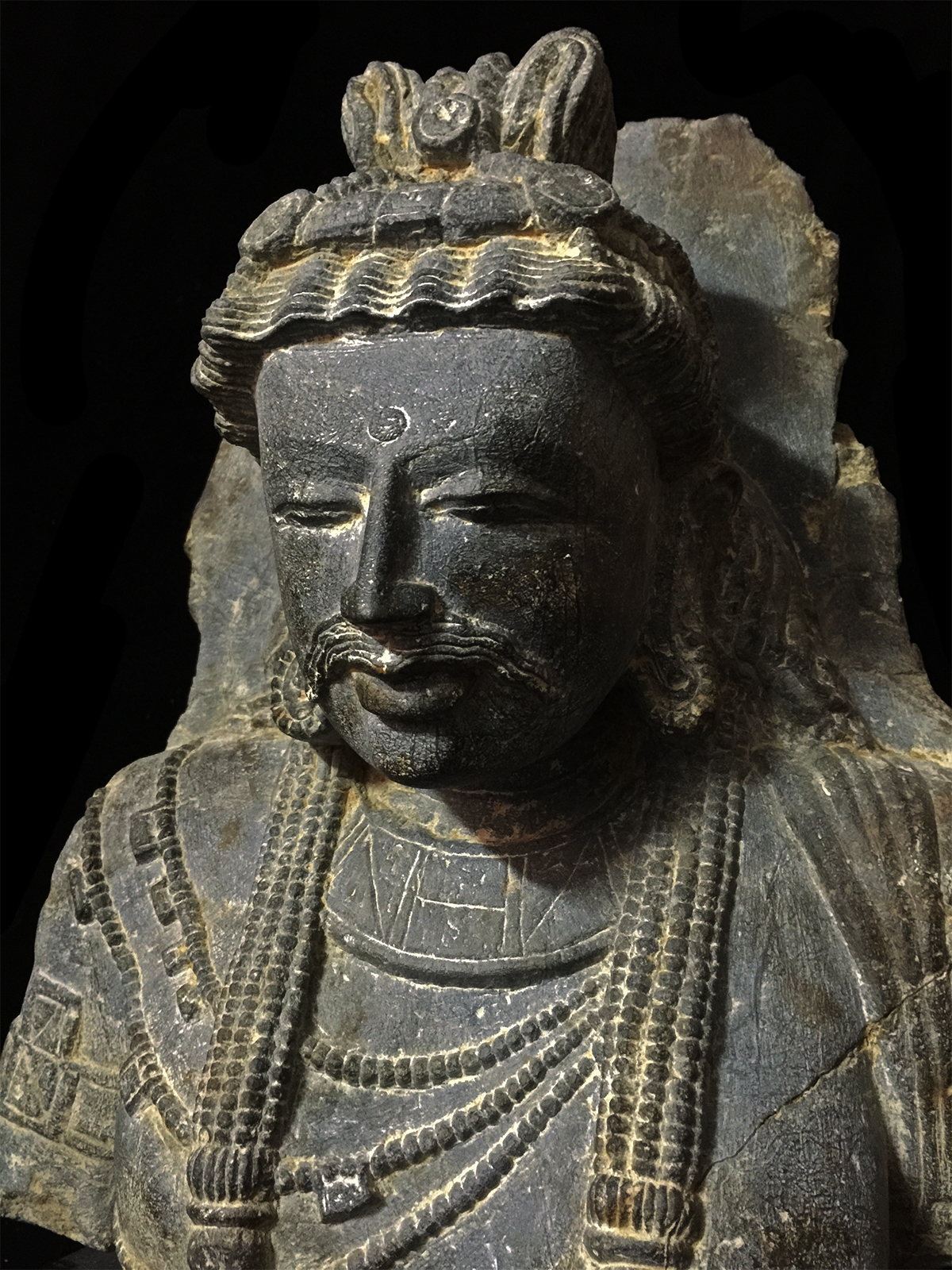 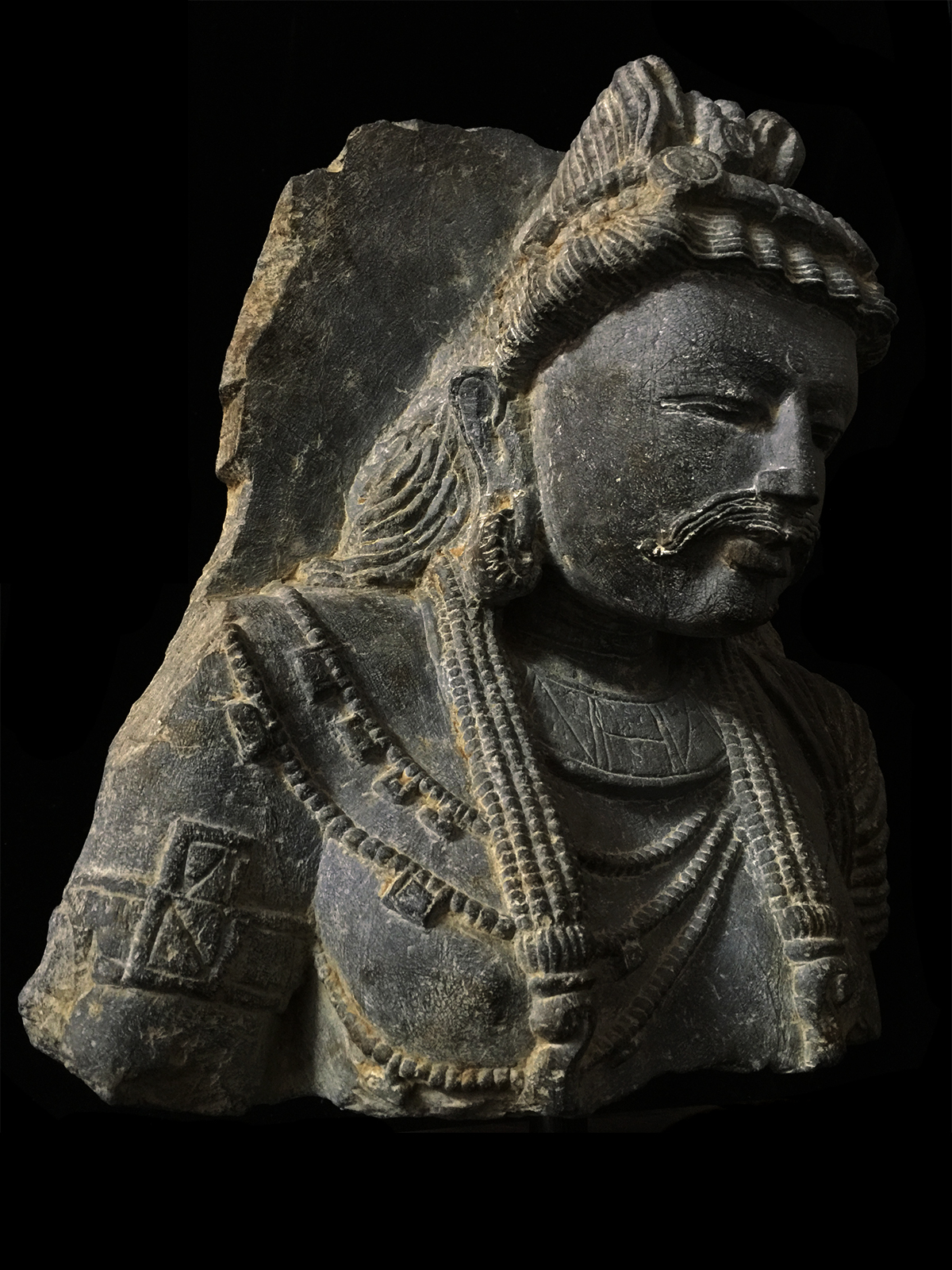 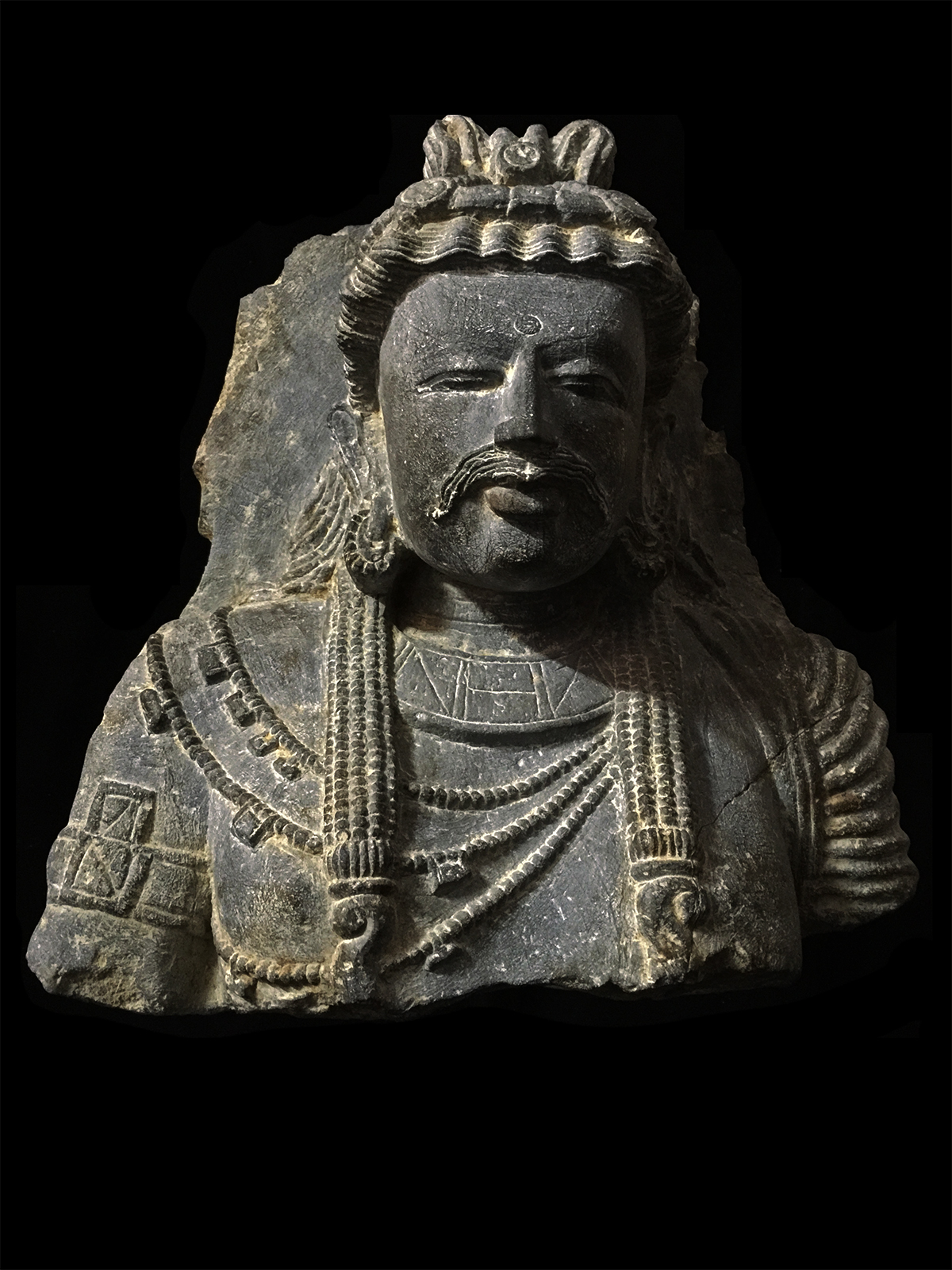 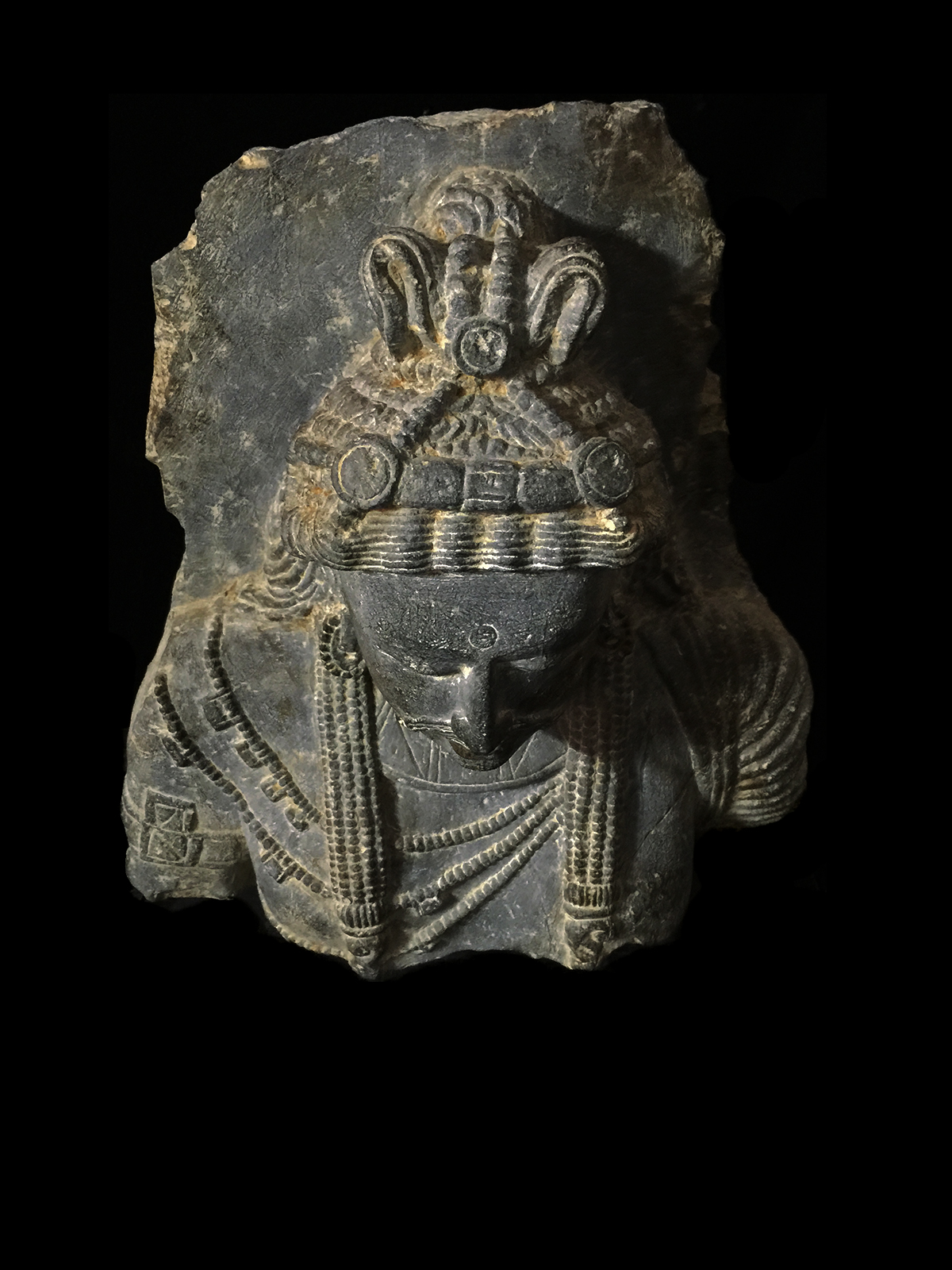 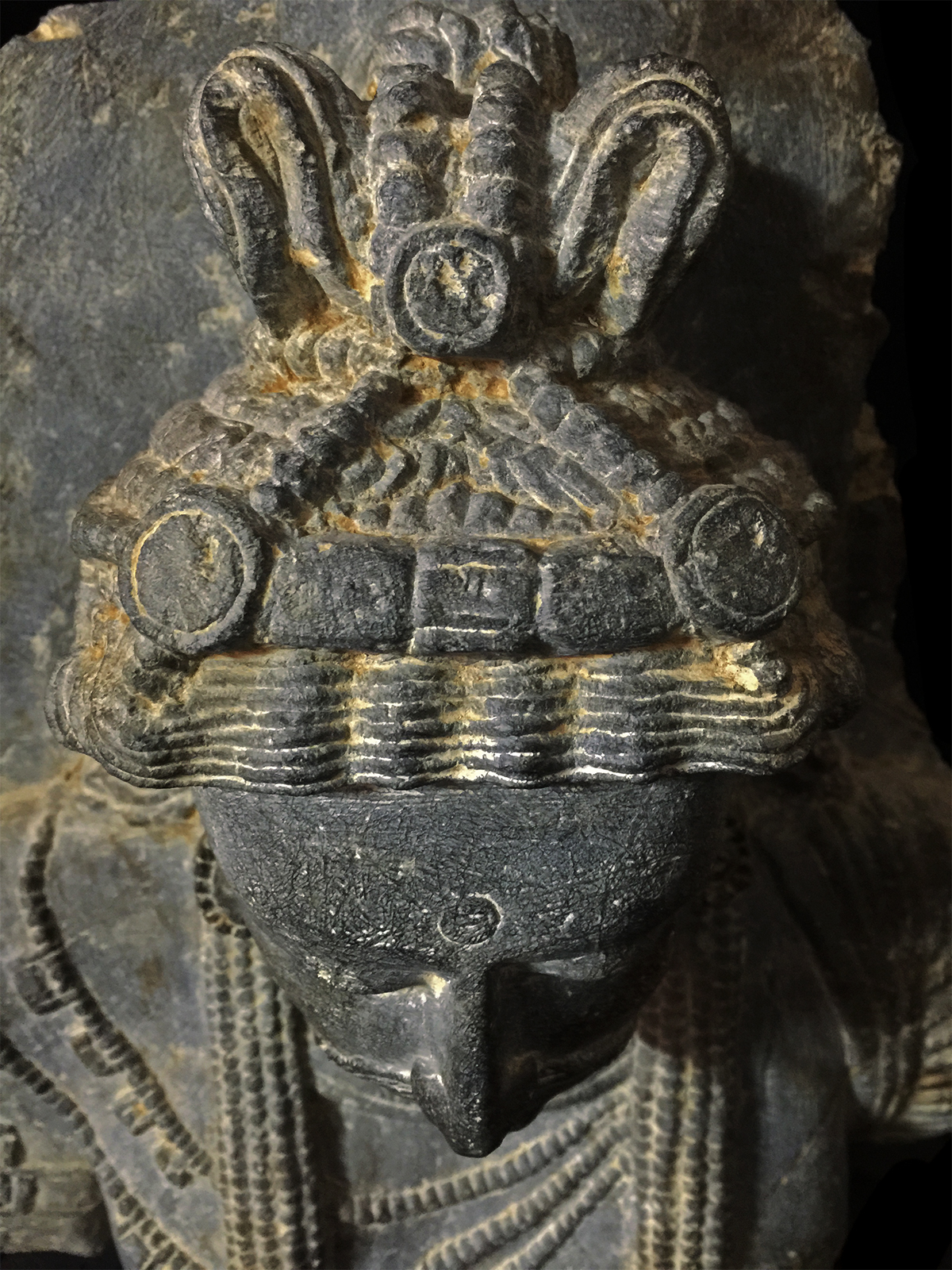 Was broken and repaired on on of his shoulders , please see in the images

Said to be found on the indian said, beside the Pakistani border

cm high with stand, cm without