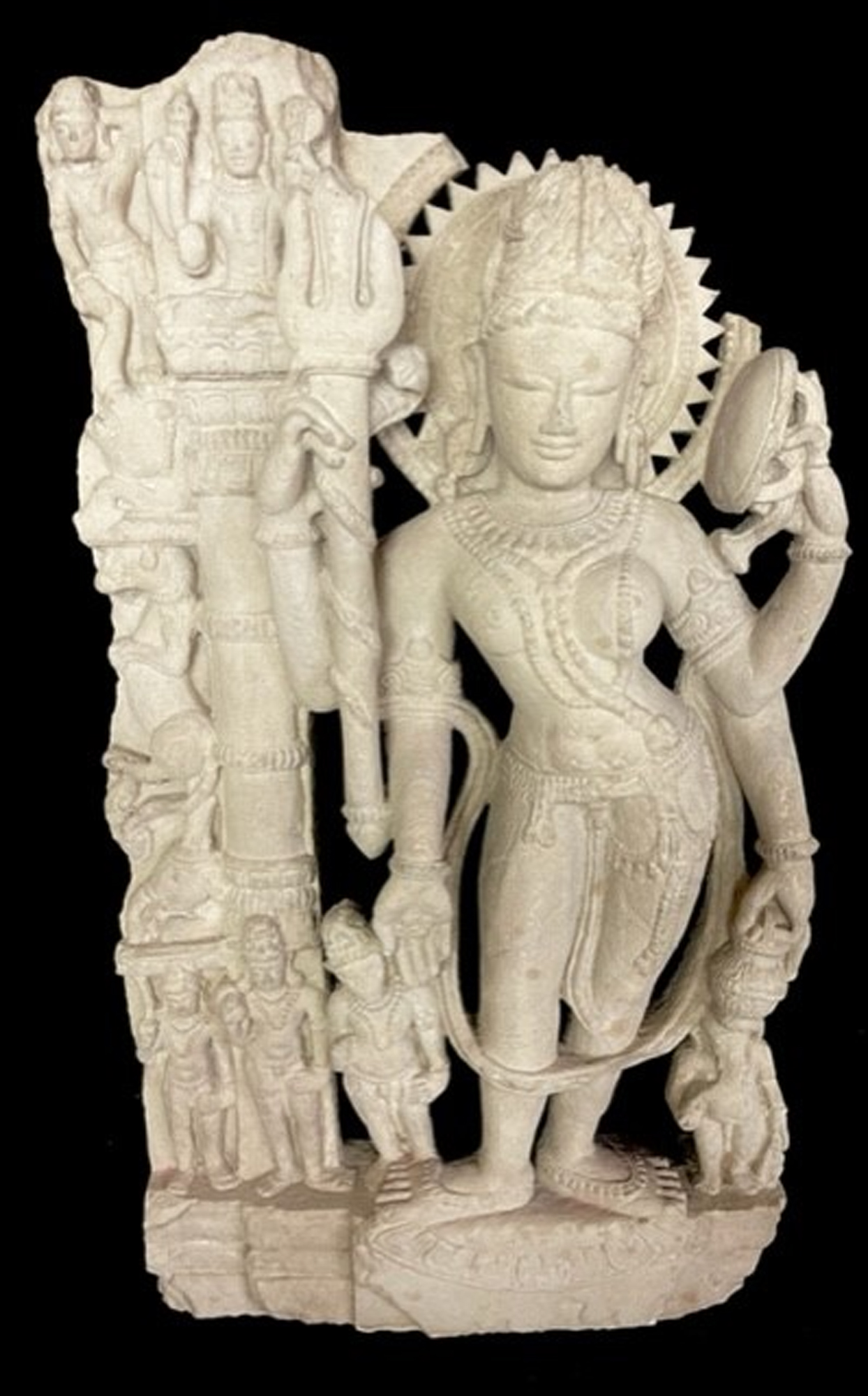 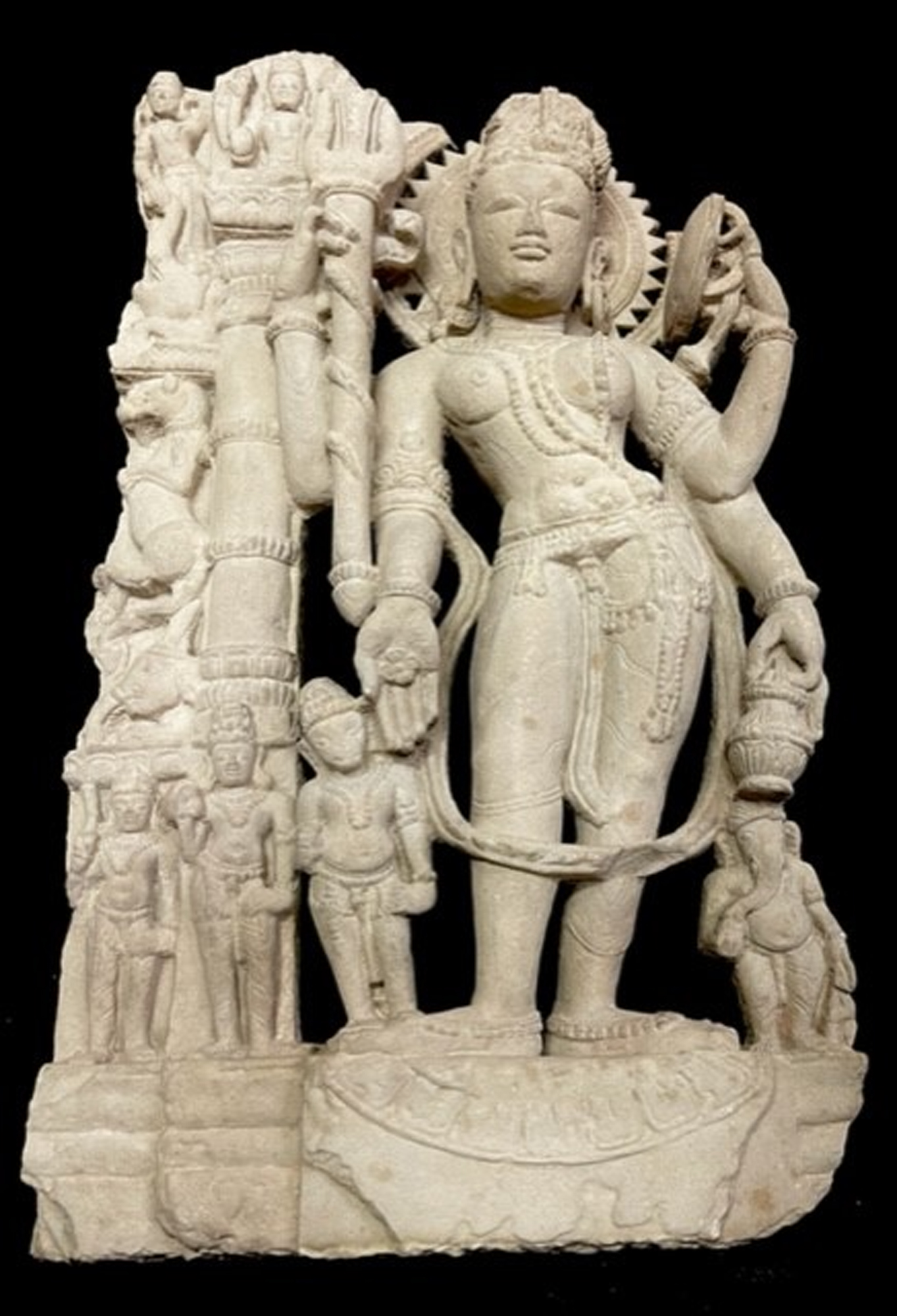 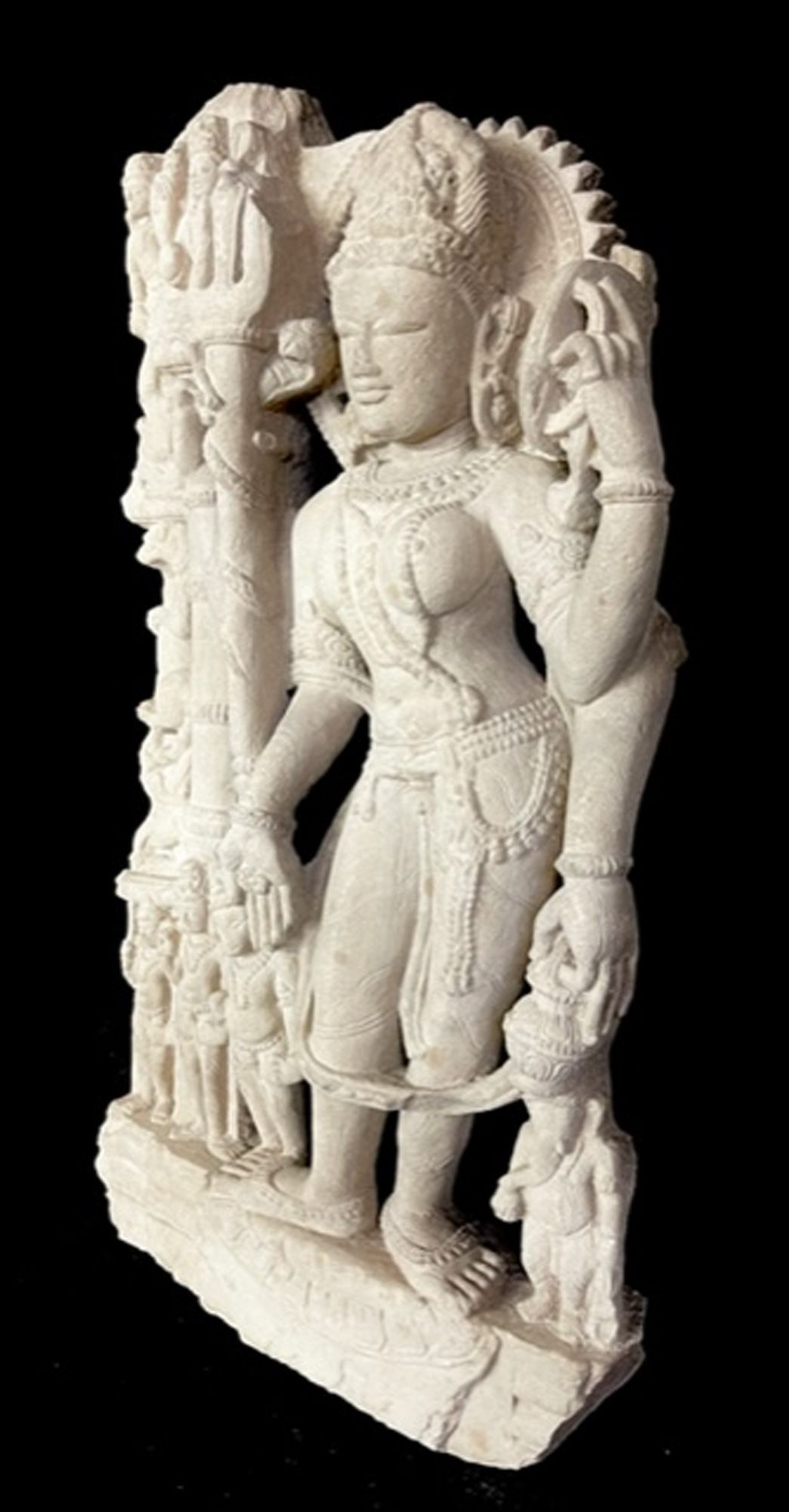 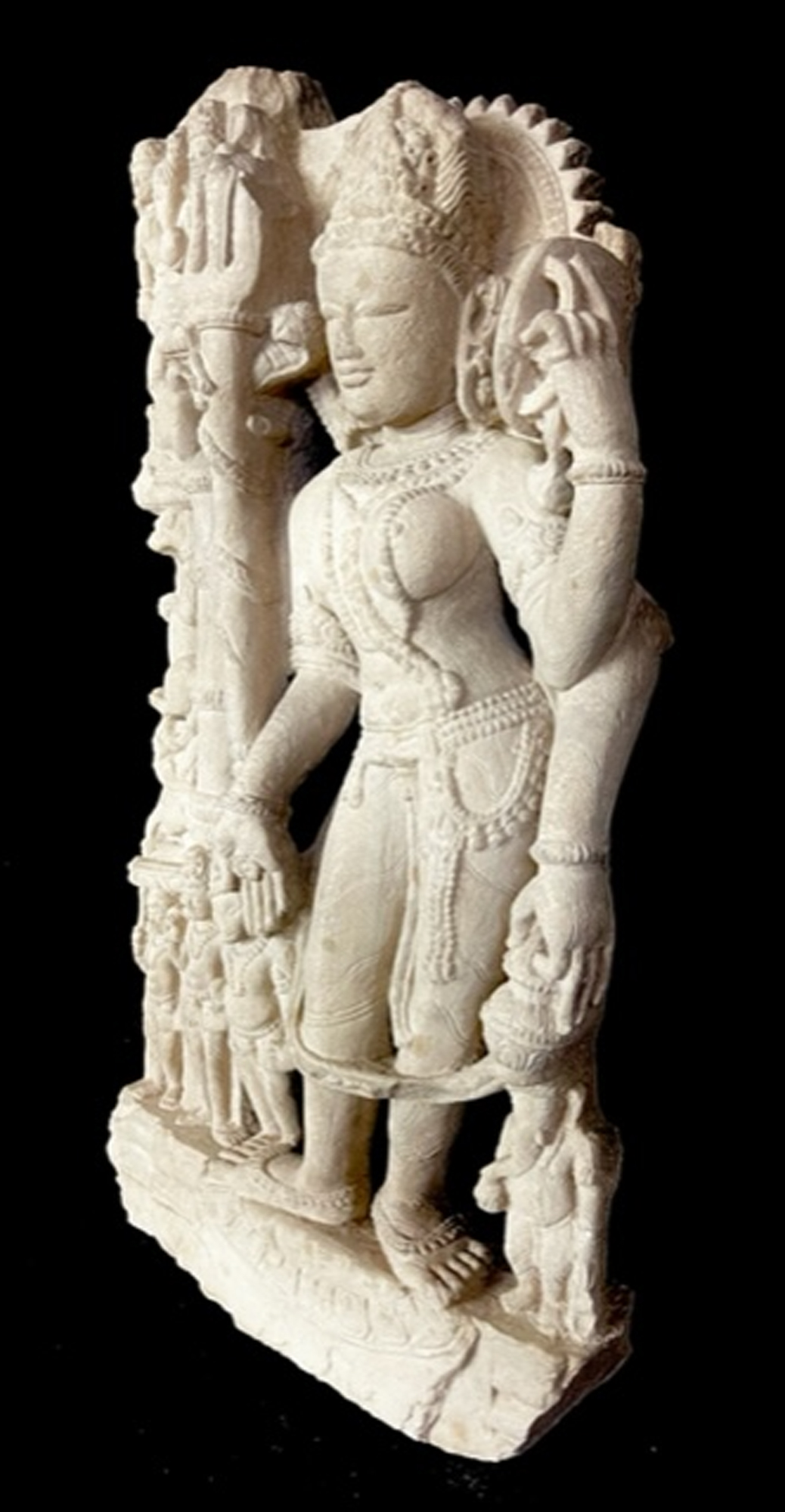 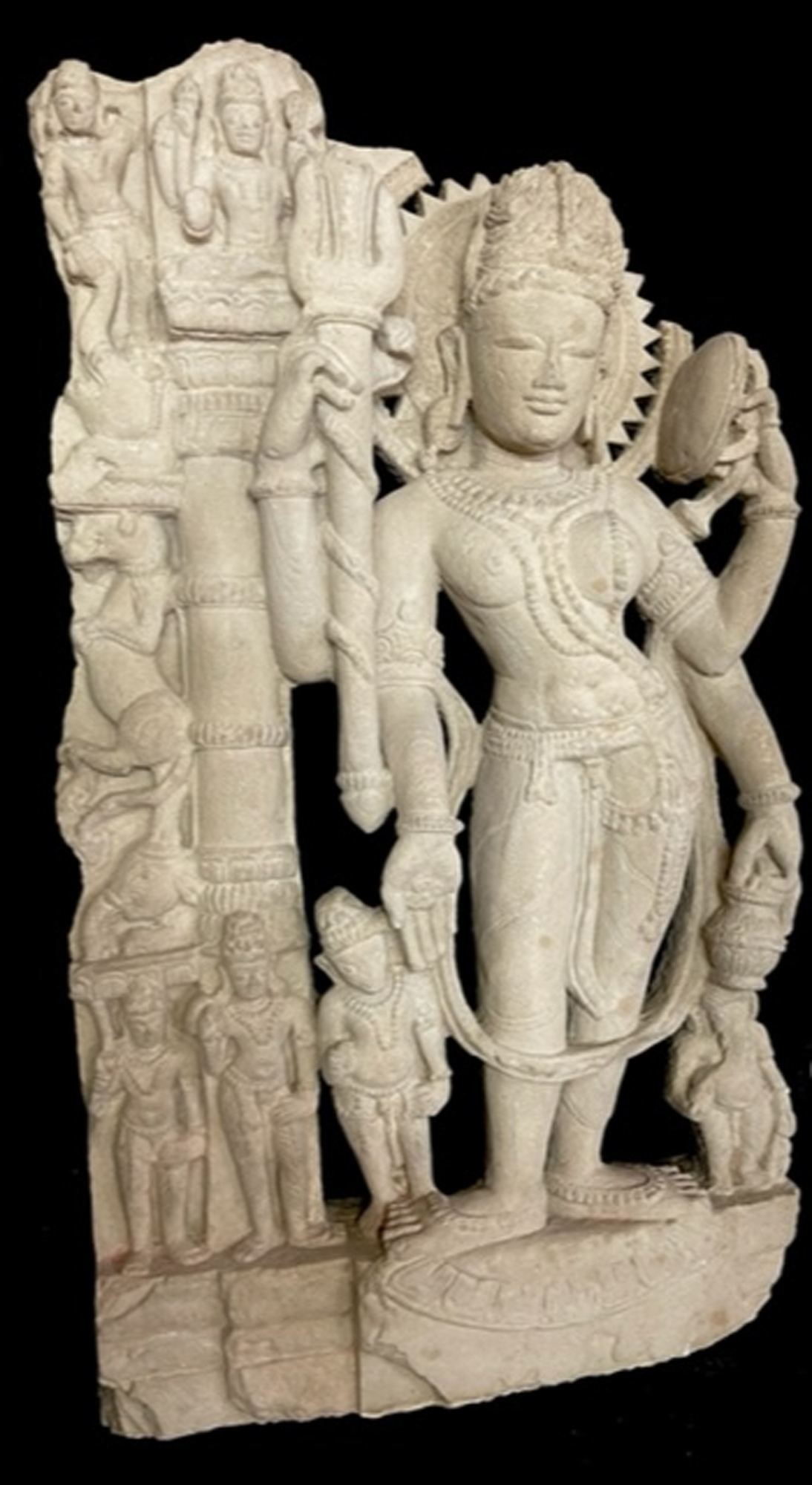 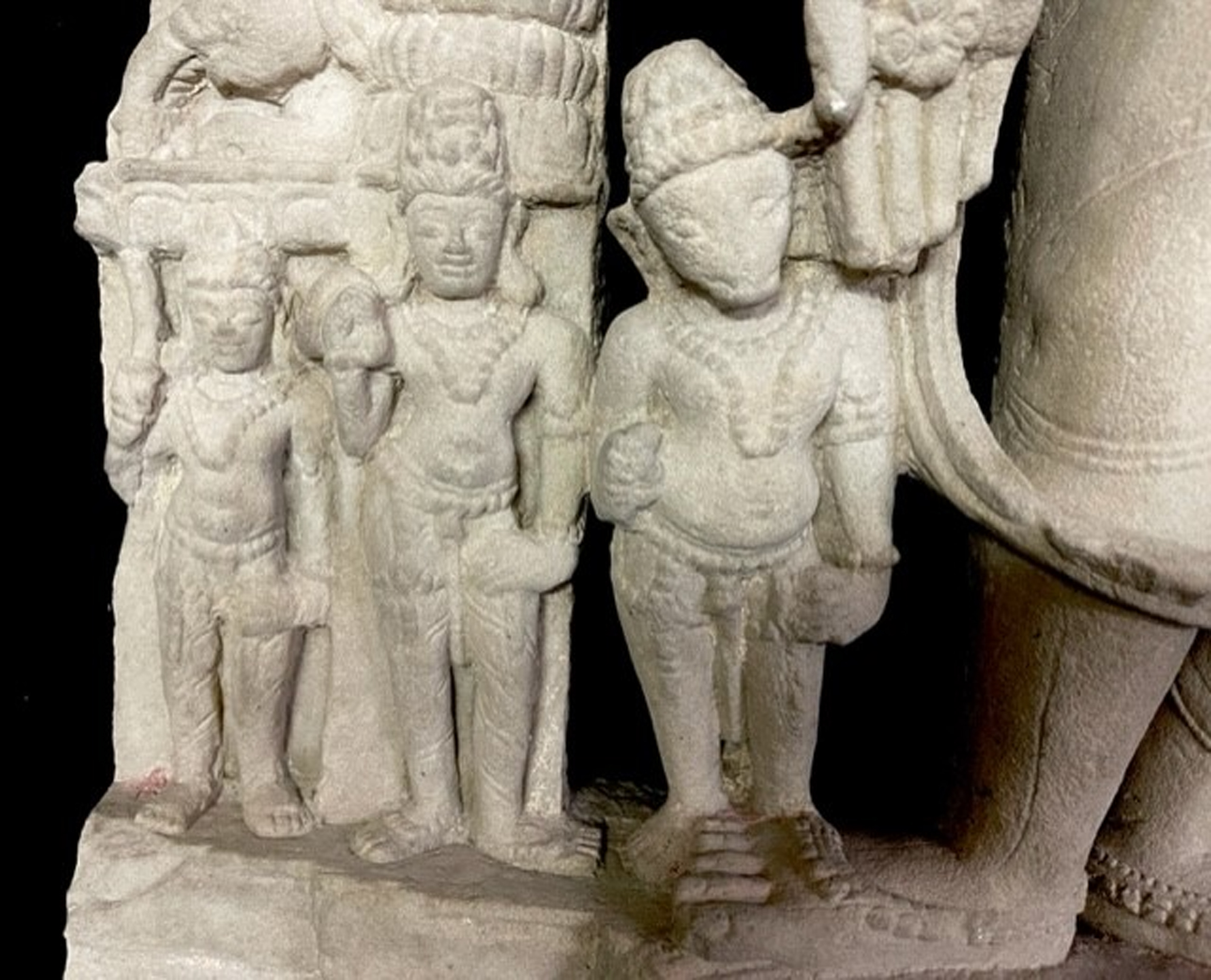 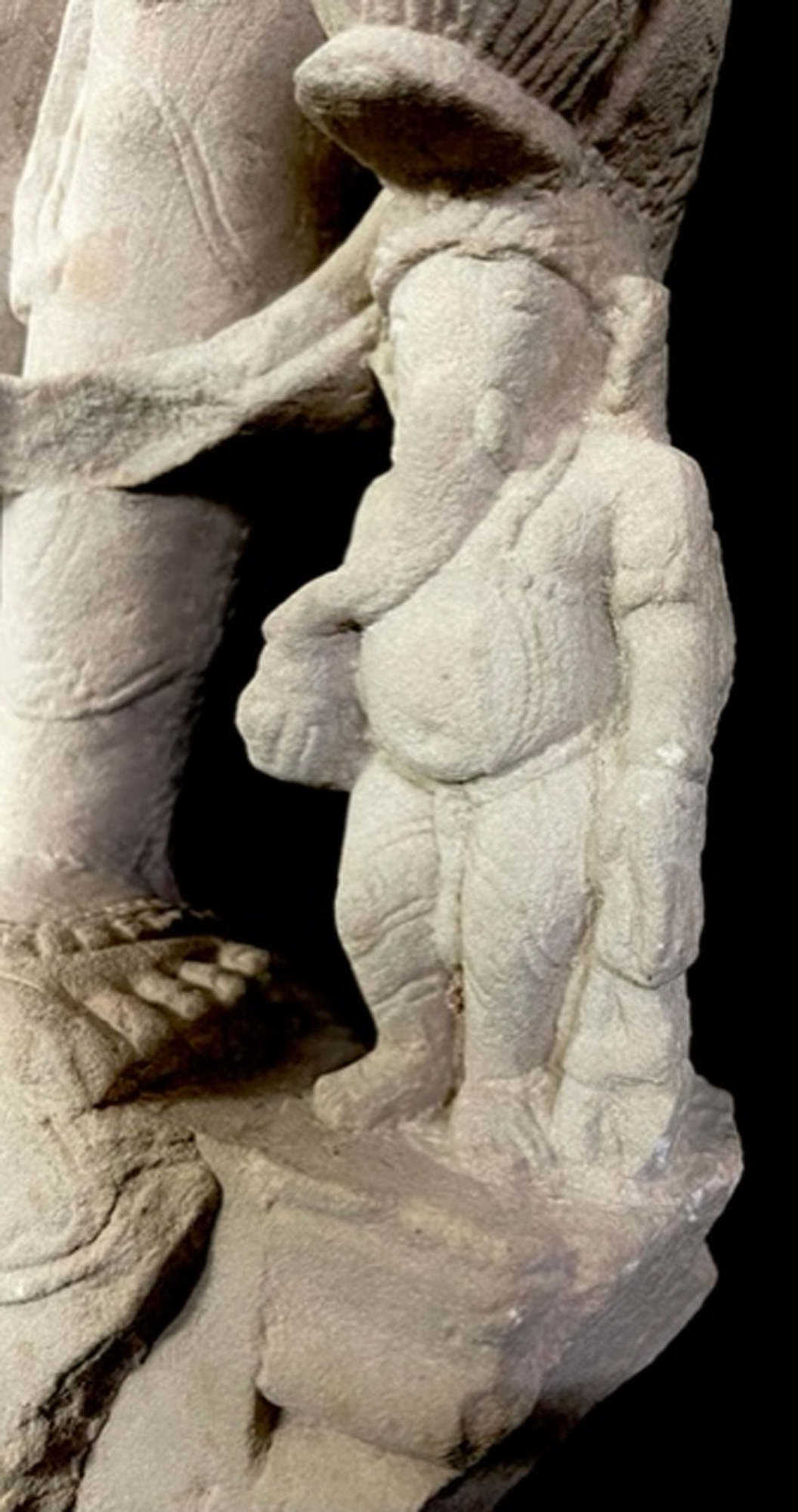 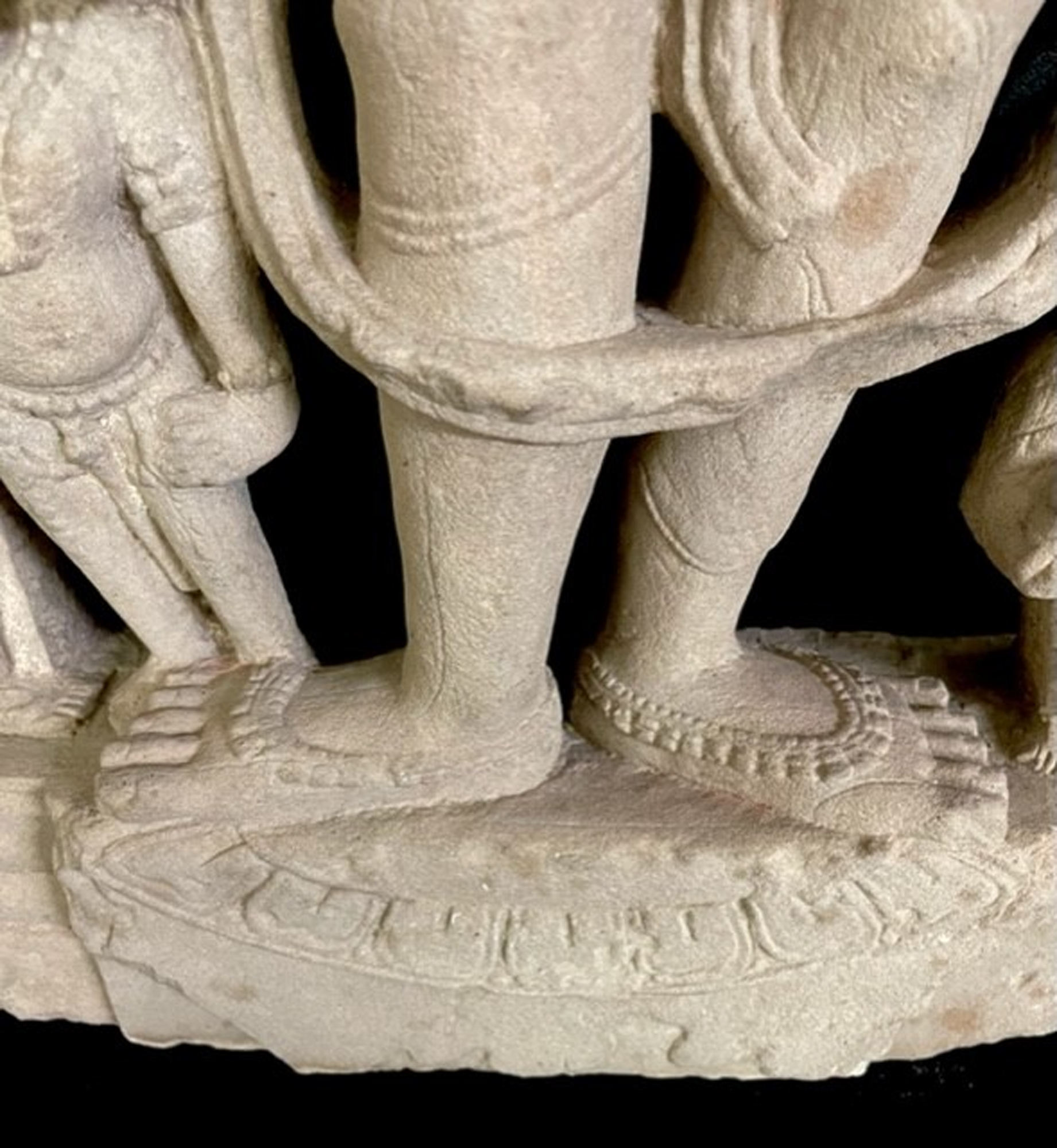 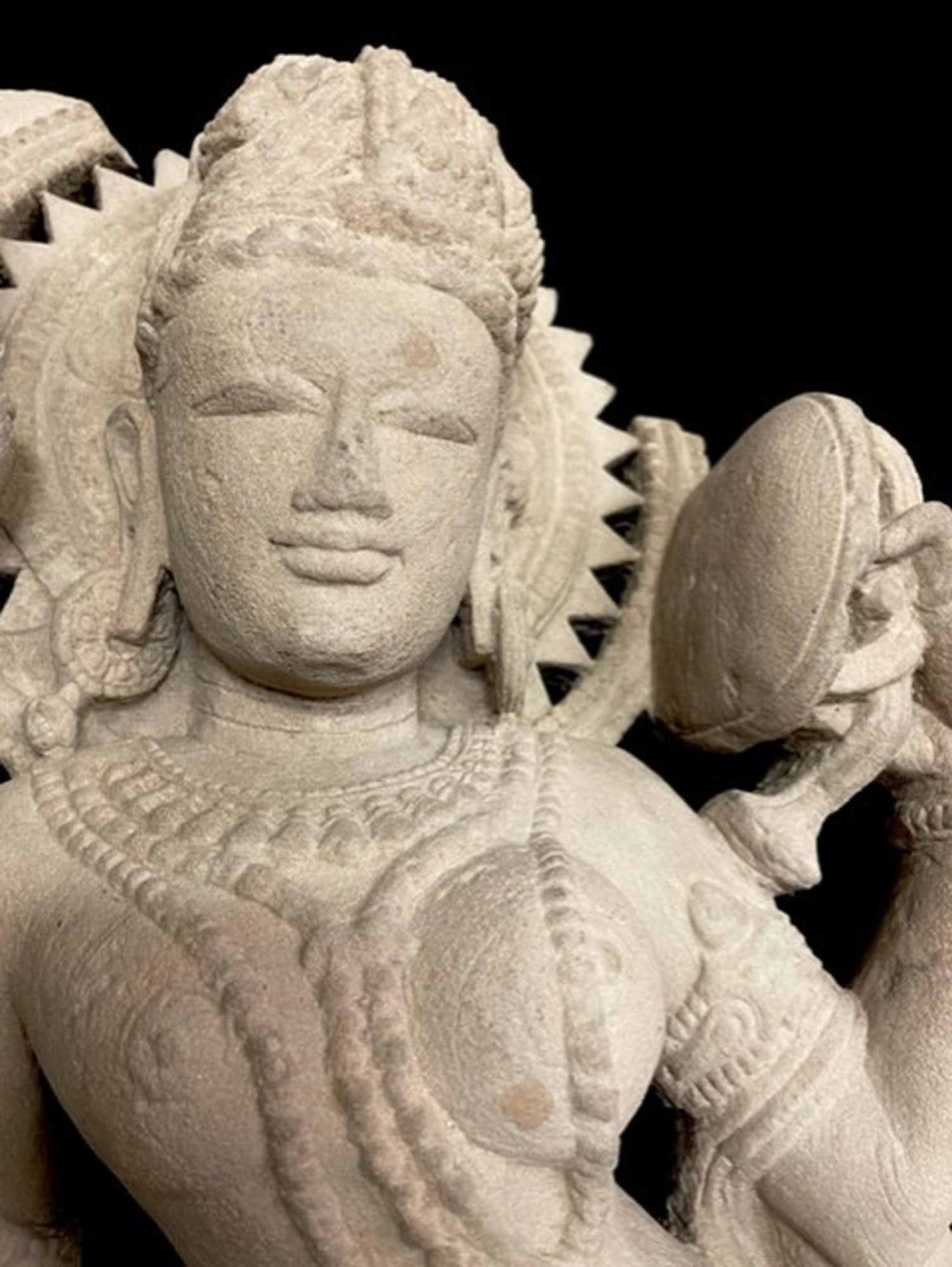 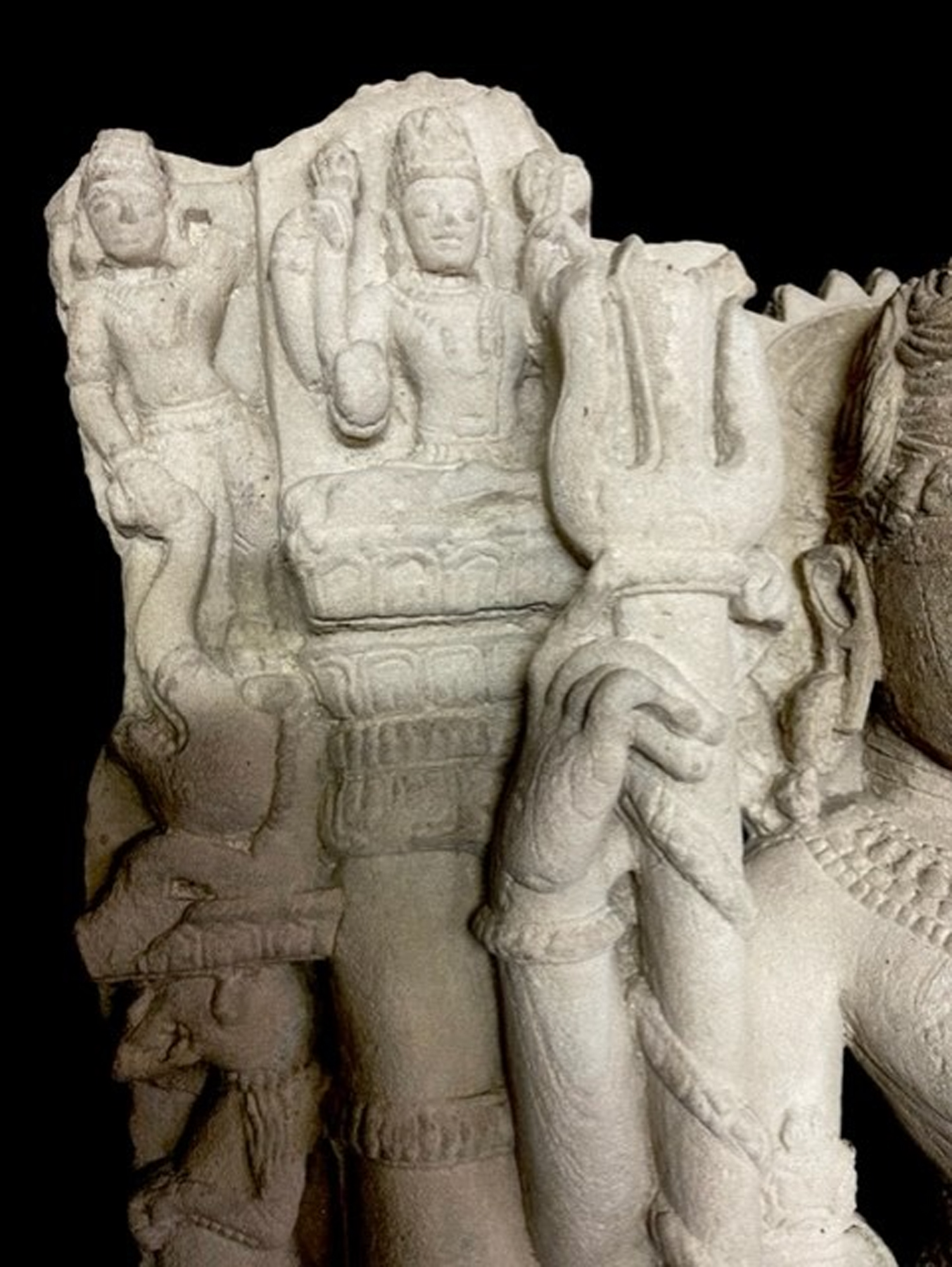 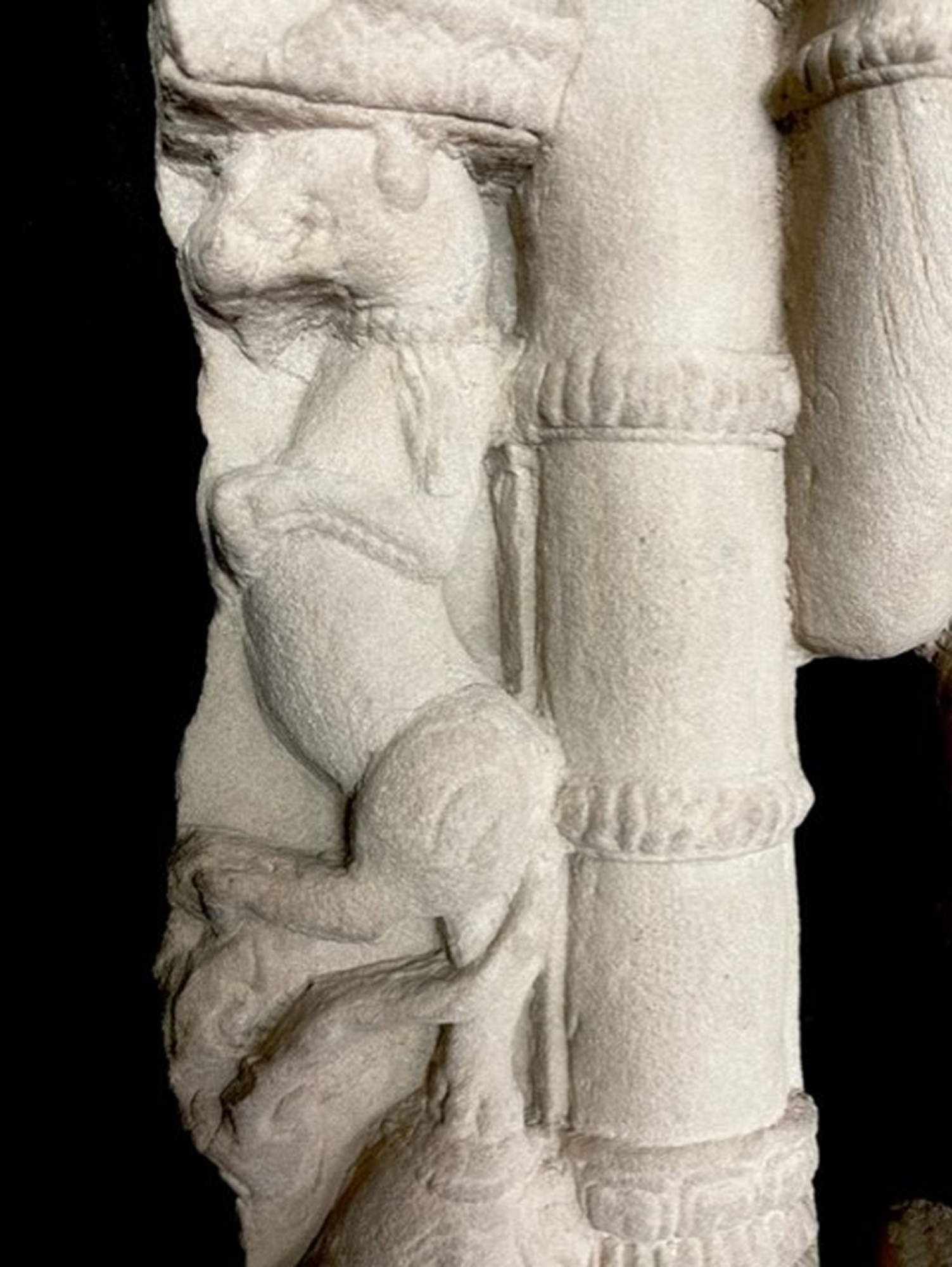 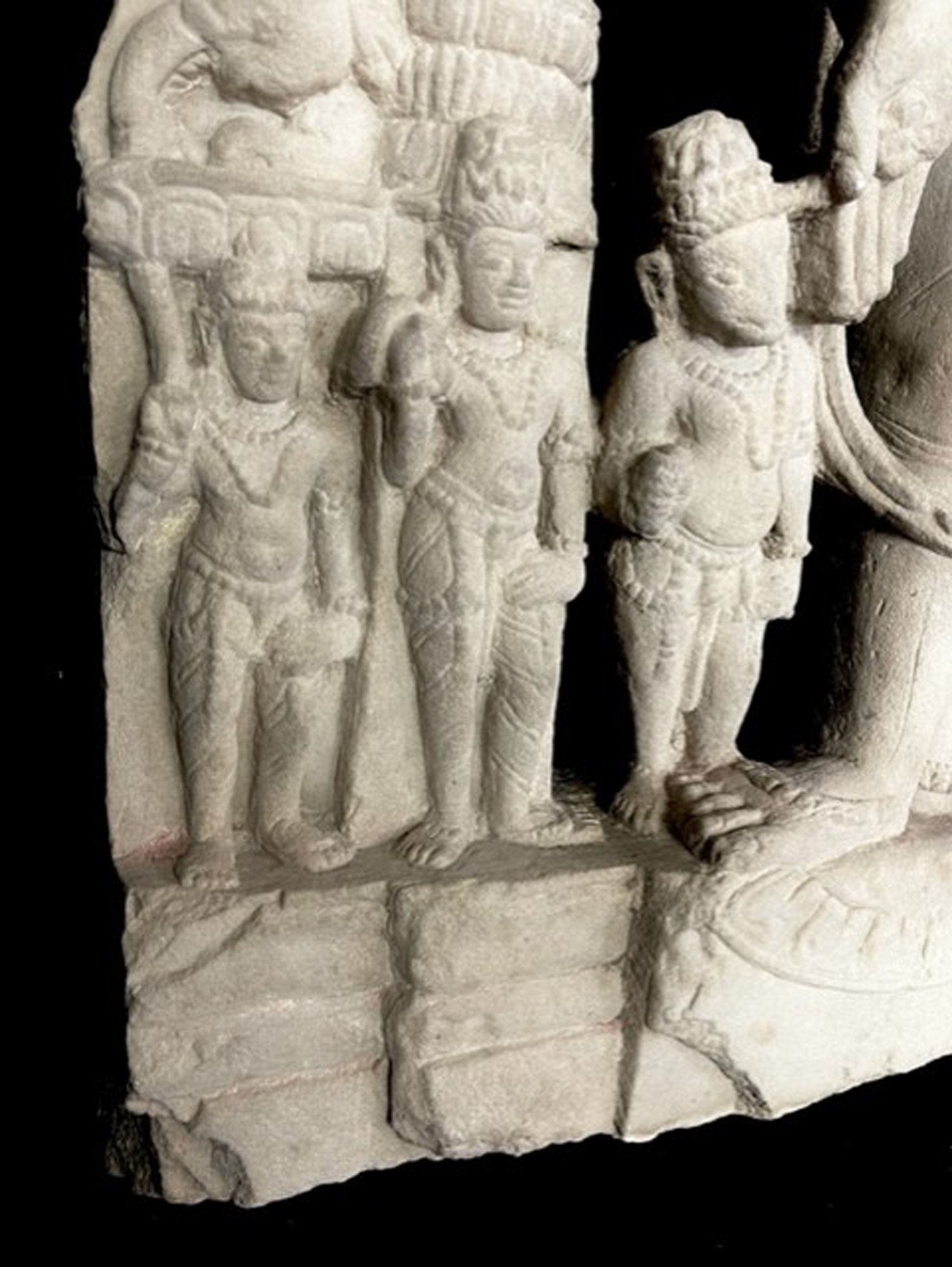 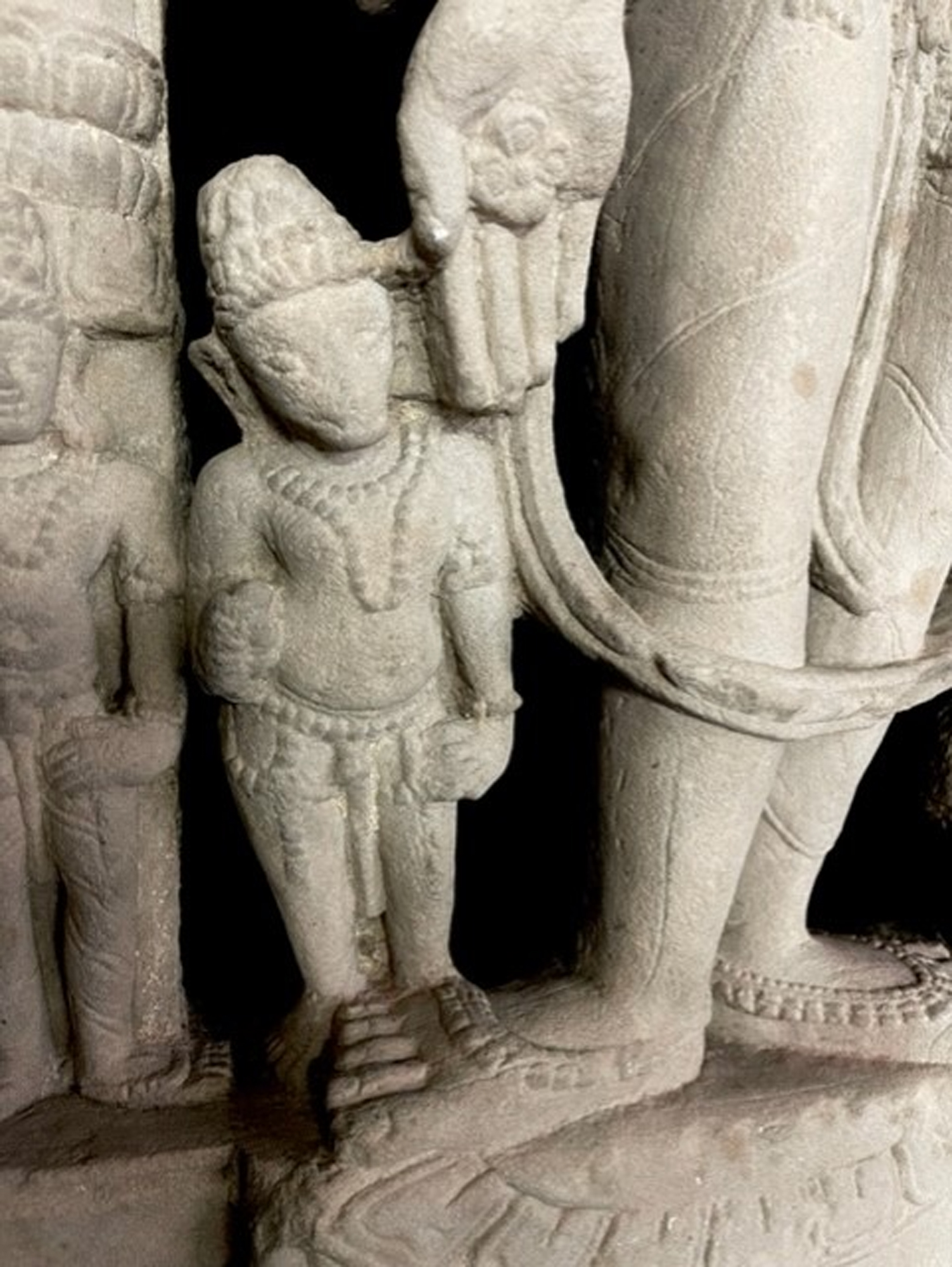 Lakshmi (/ˈlʌkʃmi/;[5][nb 1] Sanskrit: लक्ष्मी, romanized: Lakṣmī, lit. ‘she who leads to one’s goal’), also known as Shri (Sanskrit: श्री, romanized: Śrī, lit. ‘Noble’),[7] is one of the principal goddesses in Hinduism. She is the goddess of wealth, fortune, power, beauty and prosperity,[8] and associated with Maya (“Illusion”). Along with Parvati and Saraswati, she forms the Tridevi of Hindu goddesses.[9] Within the Goddess-oriented Shaktism, Lakshmi is venerated as a principle aspect of the Mother goddess.[10][11] Lakshmi is both the wife and divine energy (shakti) of the Hindu god Vishnu, the Supreme Being of Vaishnavism; she is also the Supreme Goddess in the sect and assists Vishnu to create, protect and transform the universe.[4][12][11][13] Whenever Vishnu descended on the earth as an avatar, Lakshmi accompanied him as consort, for example as Sita and Radha or Rukmini as consorts of Vishnu’s avatars Rama and Krishna respectively.[7][11] The eight prominent manifestations of Lakshmi, the Ashtalakshmi symbolize the eight sources of wealth.[14] Lakshmi is depicted in Indian art as an elegantly dressed, prosperity-showering golden-coloured woman standing or siting in padmasana on a lotus throne, while holding a lotus in her hand, symbolizing fortune, self-knowledge, and spiritual liberation.[15][16] Her iconography shows her with four hands, which represent the four aspects of human life important to Hindu culture: dharma, kāma, artha, and moksha.[17][18] Archaeological discoveries and ancient coins suggest the recognition and reverence for Lakshmi existing by the 1st millennium BCE.[19][20] Lakshmi’s iconography and statues have also been found in Hindu temples throughout Southeast Asia, estimated to be from the second half of the 1st millennium CE.[21][22] The festivals of Diwali and Sharad Purnima (Kojagiri Purnima) are celebrated in her honor.[23]